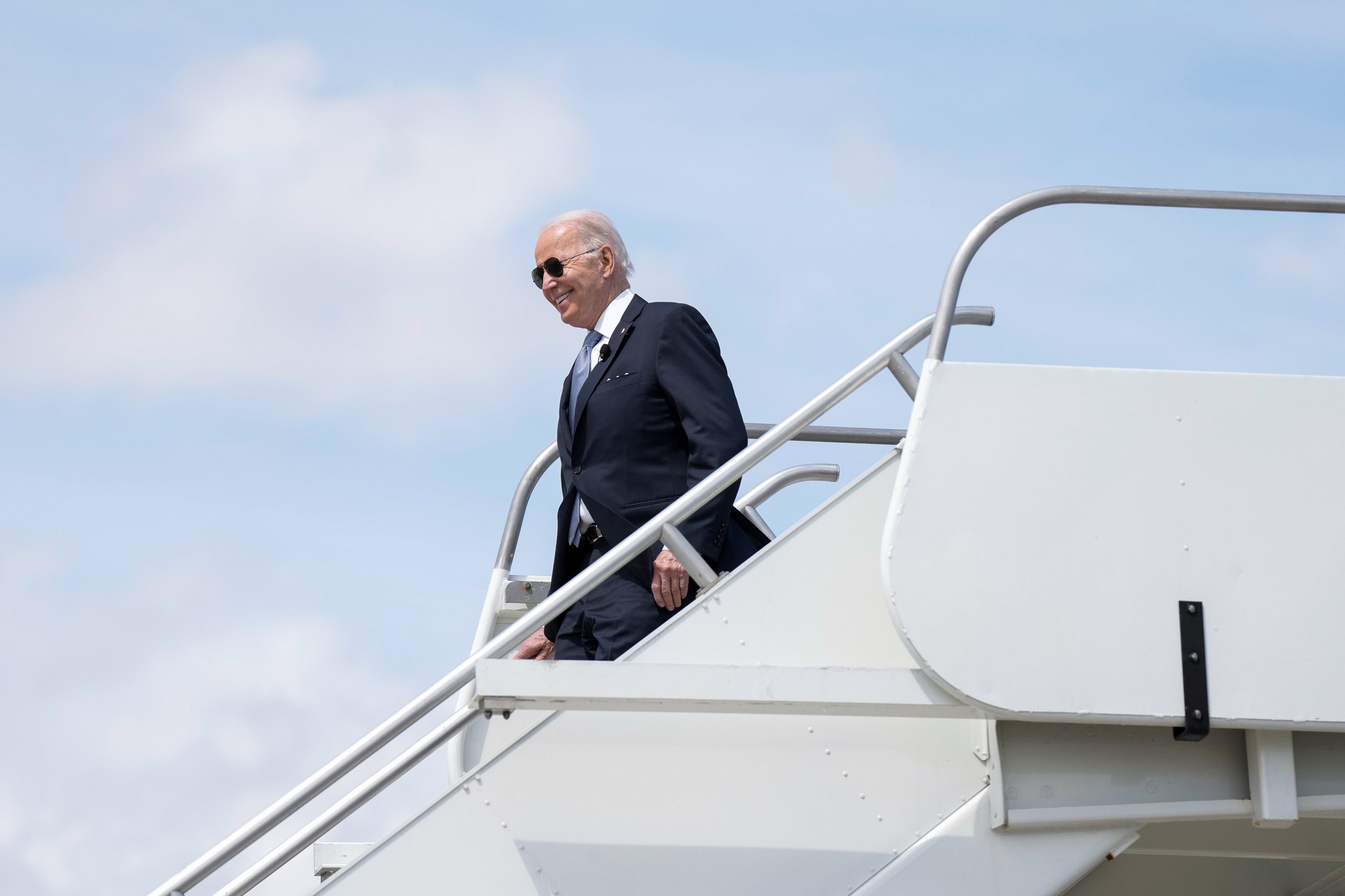 Ten people were killed by a gunman dressed in body armor and armed with a high-powered rifle, while three others were wounded – two of them critically – outside and inside a Buffalo supermarket, the Buffalo News reports.

BNO News said the shooter was “live-streaming on Twitch” and “also posted an online manifesto in which he described himself as a white supremacist.”

Josh Marshall: “It’s hard to say that one mass shooting is worse than the next – other than in the brutal metric of body counts. They’re all different flavors of the same horror. But the news out of this afternoon’s shooting in Buffalo is particularly sobering, shocking, enraging. One of the ten dead was a retired cop working as a security guard at the grocery store. He engaged the shooter and shot him. But it didn’t stop him because the shooter was wearing body armor. That little detail is the one that just stopped me in my tracks.

Police appear certain that the shooting, allegedly by an 18 year old from out of town, was racially motivated, though they haven’t yet discussed the evidence that makes it so clear. Eleven of the thirteen who were shot are black. Two are white.”

But the Ukraine leader said he would never recognize Russia’s annexation of Crimea.

Said Zelensky: “We won’t help Putin save face by paying with our territory. That would be unjust.”

Russian President Putin is “very ill with blood cancer,” an oligarch close to the Kremlin is reported to have said, the Times of London reports.

“The unnamed oligarch was recorded discussing Putin’s health with a Western venture capitalist in mid-March in a recording obtained by New Lines, a US magazine.”

“The Russian says in the recording that Putin had surgery on his back linked to his blood cancer shortly before ordering the invasion of Ukraine. He complains that the president has gone ‘crazy.’”

In an interview with Sky News, Ukraine Major General Kyrylo Budanov also said a coup to remove Putin is already under way in Russia and the Russian leader is seriously ill with cancer.

“The leak of a draft opinion has done irreparable damage to the Supreme Court, Justice Clarence Thomas said at a conference in Dallas on Friday night, adding that it had destroyed trust among the members of the court,” the New York Times reports.

Said Thomas: “Look where we are, where that trust or that belief is gone forever. And when you lose that trust, especially in the institution that I’m in, it changes the institution fundamentally. You begin to look over your shoulder.” Clarency, you should be saying this to your conservative colleagues, since they are the ones who leaked it. And you have a lot to say to your wife, who tried to overthrow the government.

Wall Street Journal: “More than 380 marches and events to rally for abortion rights are planned across the country Saturday, in the first big effort since a draft of a Supreme Court opinion indicated the high court may overturn Roe v. Wade, the 1973 decision that established a constitutional right for the procedure.”

“The main events are planned for New York, Washington, D.C., Chicago, Los Angeles and Austin, Texas, with many events kicking off in the late morning and early afternoon.”

Axios: “Conservative legislatures are passing a raft of controversial new laws, many of which push the envelope further than the courts have ever allowed. But with the court poised to significantly weaken Roe v. Wade, if not overturn it altogether, red states appear confident that these new measures will stand.”

“As of May 5, 86 bills to restrict or outright ban the procedure have been introduced in 31 states this year alone, according to Guttmacher Institute data. Eight bans have been enacted in 2022, with two being blocked by lower courts.”

Rep. Elise Stefanik (R-NY), chair of the House GOP conference, “appeared to allude to a bizarre and baseless claim popular in some conservative circles when she tweeted that Democrats and the ‘usual pedo grifters’ are ‘out of touch’ with Americans,” the Washington Post reports.

“The claim that ‘pedos’ — short for ‘pedophiles’ — infiltrate the ranks of government is central to QAnon, the collection of right-wing debunked claims that former president Donald Trump was secretly leading a war against an elite cabal of pedophiles who control Washington, Hollywood and the world.”

“North Korea reported a significant surge in suspected coronavirus infections and deaths on Saturday as it struggled to contain its first reported outbreak, which the country’s leader, Kim Jong-un, said could be one of the greatest crises in the country’s history,” the New York Times reports.

“State media said an additional 174,400 people had symptoms, like fever, that could be due to Covid-19, nearly a tenfold jump from the 18,000 such cases reported on Friday.”

“North Korea appears to have resumed construction at a long-dormant nuclear reactor in recent weeks that, if completed, would dramatically increase its capacity to produce plutonium for nuclear weapons,” CNN reports.

“Speaker Nancy Pelosi said on Friday that the House would take action next week to address the baby formula shortage that has left parents desperately searching for food for their children, as President Biden pledged action that would result in more formula on store shelves within ‘weeks or less,’” the New York Times reports.

“In a letter to lawmakers, Ms. Pelosi said she would expedite a bill to grant emergency authority to the federal food assistance program for women and children to relax restrictions on the types of formula that can be purchased.”

“Senate Democrats don’t want President Joe Biden to make a move on canceling student loan debt until they get one last chance to push him to go as big as possible,” Politico reports.

“Majority Leader Chuck Schumer, as well as Sens. Elizabeth Warren (D-MA) and Raphael Warnock (D-GA), communicated to the White House that they want Biden to hold tight on any executive action until they can press him one last time… The three senators met this week to plot student loan strategy and are seeking a meeting with Biden as soon as he will do it.”

“The glimpse of a possible Picasso in the home of Imelda Marcos seen during a visit by her son, Ferdinand ‘Bongbong’ Marcos Jr, after his election win has set off a flurry of speculation in the Philippines, where the family that once plundered billions is set to return to power,” The Guardian reports.

“House Republicans, furious that five of their own have been subpoenaed by the January 6 select committee, are discussing their own plans to retaliate if they win back the majority: Issuing subpoenas to Speaker Nancy Pelosi and other top Democrats,” CNN reports.

Sen. Rick Scott (R-FL) slammed President Biden again on Fox News Radio, saying he should resign because he’s “confused” about his job.  He added that he would prefer Vice President Kamala Harris: “I don’t know how it could be any worse. I mean, what could she… what could possibly… you look at the radical people he’s appointing to these to these boards and commissions and and how could she be any worse than what he is?”

Said Cruz: “Just once, I’d love to see a Republican candidate stand up in a primary and say, ‘I am a moderate, establishment squish. I stand for absolutely nothing.’ It would be refreshingly honest at least. But nobody says that.”

Teddy, look in the mirror. You allowed Trump to attack your wife and father with nary a peep from you.

The Missouri state legislature passed a bill which contained a clandestine provision on its 32nd page banning pharmacists from telling patients about the potential dangers of using unproven drugs touted by conspiracy fringe groups as “forbidden cures” for Covid-19, the Daily Beast reports.  The bill specifically bars pharmacists from disputing “the efficacy of ivermectin or hydroxychloroquine sulfate tablets for human use” unless specifically asked by a patient or physician.

“The US intelligence community is carrying out a sweeping internal review of how it assesses the fighting power of foreign militaries amid mounting pressure from key lawmakers on Capitol Hill who say officials have failed twice in one year on the two major foreign policy crises faced by the Biden administration in Ukraine and Afghanistan,” CNN reports.   Wait, wasn’t the intelligence community excellent and ALONE in predicting that Putin would invade?  What Ukraine failure?   And in Afghanistan, that failure wasn’t due to bad intelligence, it was due to bad planning.

Sen. Chuck Grassley’s (R-IA) investigation into allegations surrounding Mayor Eric Garcetti and his former top aide found it “extremely unlikely” that Garcetti was unaware of the aide’s alleged inappropriate behavior, the Los Angeles Times reports.  The 23-page report released Tuesday concluded that Garcetti “likely knew or should have known that Rick Jacobs was sexually harassing multiple individuals and making racist comments towards others.”

New York Times: “Faced with financial pressure and a federal investigation into his taxes and foreign consulting work, Hunter Biden has turned for money and strategic advice to an unlikely source: a wealthy Hollywood lawyer and novelist best known for brokering a lucrative licensing deal for the animated series South Park.”

“The lawyer, Kevin Morris, has quietly taken on an expansive role as a financier, confidant and would-be avenger for Mr. Biden, handling sensitive subjects for President Biden’s son that could have acute political ramifications for the White House.”