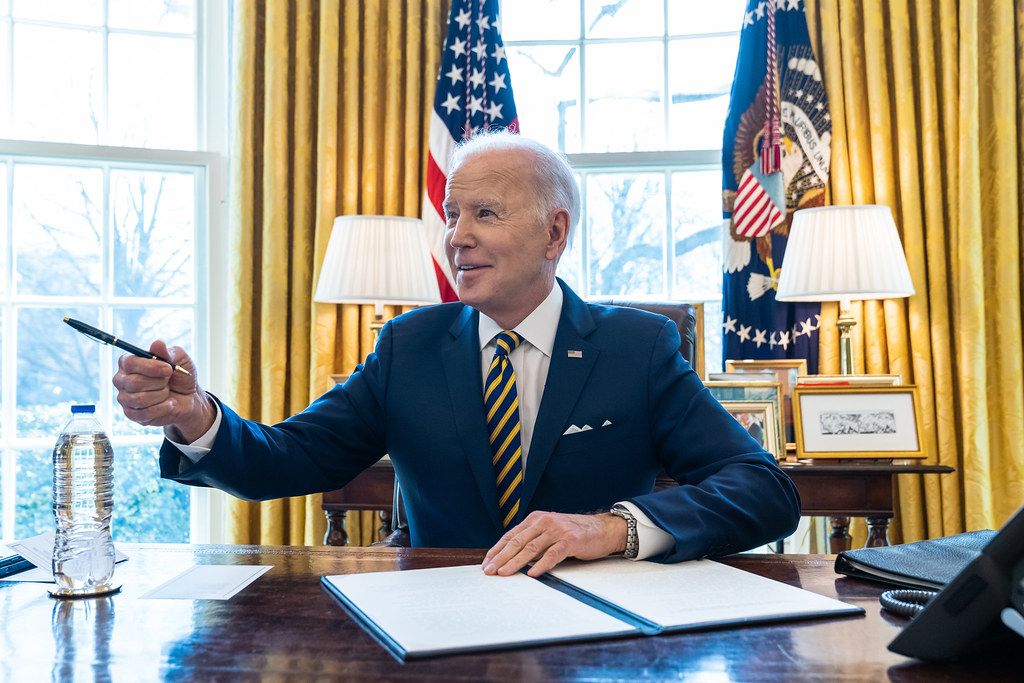 A new AP-NORC poll finds about 1 in 3 U.S. adults believes an effort is underway to replace native-born Americans with immigrants for electoral gains.   “About 3 in 10 also worry that more immigration is causing native-born Americans to lose their economic, political and cultural influence… Republicans are more likely than Democrats to fear a loss of influence because of immigration, 36% to 27%.”

McSwain was second with support from 14% of voters, while former Rep. Lou Barletta (R) came in third with 12%. Dave White (R) was fourth with 11%, and two other candidates – former Rep. Melissa Hart (R) and Jake Corman (R) – received 6% and 3%, respectively.

Selena Zito: A Doug Mastriano win would cost the GOP the House and Senate in that state.

But according to a new Trafalgar Group poll in Pennsylvania, Oz leads the Republican U.S. Senate primary with 26%, followed by Kathy Barnette (R) at 23% and Dave McCormick (R) at 22%.

New York Times: “Pennsylvania, one of a handful of states where abortion access hangs in the balance with midterm elections this year, is a test case of the political power of the issue in a post-Roe world, offering a look at whether it will motivate party bases or can be a wedge for suburban independents.”

“After a draft of a Supreme Court opinion that would end the constitutional guarantee of abortion rights was leaked last week, Republicans downplayed the issue, shifting attention instead to the leak itself and away from its substance. They also argued that voters’ attentions were fleeting, that abortion was hardly a silver bullet for Democratic apathy and that more pressing issues — inflation and President Biden’s unpopularity — had already cast the midterm die.”

“To Democrats, this time really is different.”

NEBRASKA GOVERNOR. New York Times: “Like his political role model — and chief backer — Mr. Herbster is proving to be a one-man political wrecking ball. In a state long known for genteel, collaborative politics and, for the last 24 years, one-party rule, Mr. Herbster’s bid has cracked his party into three camps, with Trump supporters, establishment conservatives and business-friendly moderates battling for power. A major donor for years to conservative candidates, Mr. Herbster has been abandoned by longtime political allies and seen his running mate quit his ticket to run for governor herself. The allegations of groping are coming from fellow Republicans.”

“Behind all the drama is a question with resonance far beyond Nebraska. Mr. Trump’s endorsement of Mr. Herbster, a major donor to Mr. Trump’s political career, isn’t just the first-time candidate’s top credential — it is his campaign’s entire rationale. Mr. Trump’s name is on Mr. Herbster’s lawn signs, ads and billboards.”

NE-Gov: University of Nebraska Regent Jim Pillen is out with an internal from WPA Intelligence that shows him leading wealthy businessman Charles Herbster 31-26 ahead of Tuesday’s Republican primary, with state Sen. Brett Lindstrom at 16%. This poll, which was conducted April 30-May 2, shows some notable changes from what WPA found in a previous survey that was finished just two days before: That earlier poll had Pillen edging out Herbster by a mere 24-23 as Lindstrom grabbed 20%.

HAWAII GOVERNOR. “Rep. Kai Kahele (D-HI) today ended months of speculation by announcing that he is running for governor in the Aug. 13 Democratic Primary,” the Honolulu Star Advertiser reports.

GEORGIA GOVERNOR. “Georgia’s Republican primary for governor has revolved around Donald Trump’s attempts to oust Gov. Brian Kemp (R) over Kemp’s refusal to break election laws in the aftermath of the 2020 election,” the Daily Beast reports.

“But last week, third-place candidate Kandiss Taylor (R) tried to inject an issue of her own into the race, introducing a plan to blow up four giant granite tablets in northeast Georgia she sees as symbols of Satan worship.”

VERMONT GOVERNOR and ATTORNEY GENERAL. In a surprise, Democratic Attorney General TJ Donovan announced Thursday that he wouldn’t run for re-election or for any other office in 2022, and he also left open the possibility he would resign early to take a new job. Donovan didn’t quite rule out the idea of running for governor should Republican incumbent Phil Scott retire, but the attorney general told VT Digger he “fully (expects) the governor to run for re-election.” Vermont’s filing deadline is May 26.

MARYLAND GOVERNOR. A group called For The People MD has released a month-old survey from Change Research that shows its favored candidate, John King, barely registering in the July Democratic primary, though it’s of course publicizing these numbers to argue that he’ll surge once voters learn more about him. For now, though, Change has state Comptroller Peter Franchot beating former nonprofit head Wes Moore 20-13, with King in sixth place with just 3%.

ILLINOIS GOVERNOR. Conservative megadonor Ken Griffin has contributed another $25 million to Aurora Mayor Richard Irvin on top of the $20 million he’d previously given him―and all of that’s just for the June 28 Republican primary. Another billionaire, Dick Uihlein, has been financing state Sen. Darren Bailey and an allied super PAC, though his $4.5 million investment is just a tiny fraction of what Griffin has thrown down so far.

COLORADO GOVERNOR. Businessman Greg Lopez unexpectedly won the state Republican Party convention last month, but he still faces a large financial deficit against University of Colorado Regent Heidi Ganahl ahead of their June 28 primary. Ganahl outraised Lopez $227,000 to $36,000 during the first four months of 2022 and self-funded another $150,000, which left her with a $200,000 to $16,000 cash-on-hand edge.

But while Ganahl actually ended 2021 with a larger war chest than Democratic Gov. Jared Polis, that lead is a relic of the past now that the wealthy incumbent has dropped his own money into his re-election fight. Polis gave his campaign $5.1 million and raised another $300,000 from contributors (the governor doesn’t accept contributions larger than $100 per donor for the entire year), and he has $5 million to spend.

The release did not include numbers for the other notable Democrat, Marine veteran Lucas Kunce, or any of the other Republicans competing in the August primary.

From the ad: “The Republican primary candidates have spent their careers proving that they would be in lockstep with McConnell’s agenda of criminalizing abortion and punishing women.”

TEXAS 28TH CD. Rep. Henry Cuellar (D-TX) tried to discredit a staffer he fired who was 28 weeks pregnant after she requested maternity leave, Jezebel reports.  “Court documents show that the congressman himself requested staffers write letters about the woman’s job performance after he fired her.”

“For the next two weeks, one of the most powerful people in politics is a professor whose professional life has been devoted to studying demographics, political behavior, and mapping,” Bloomberg reports.

“Jonathan Cervas has until May 20 to redraw New York’s congressional and state Senate district lines, translating complex data into maps that will pass constitutional muster and stand for a decade. The stakes are high, and for a little added pressure, this is the first time he’s in charge as the court-appointed special master rather than working as an assistant or consultant.”

“Ferdinand Marcos Jr looked on course for a huge victory in the Philippines presidential election on Monday, after an unofficial tally of two thirds of the votes showed the son of the notorious late dictator surging ahead of his nearest rival,” Reuters reports.

“The massive lead bolsters the chances of a once unthinkable return to rule of the Marcos family, 36 years after its patriarch’s overthrow in a ‘people power’ revolution and his family’s humiliating retreat into exile.”

“Although there are 10 presidential candidates on the ballot, the competition is seen as a two-way race between Ferdinand Marcos Jr., the son and namesake of the former dictator, and Leni Robredo, the country’s vice president.”