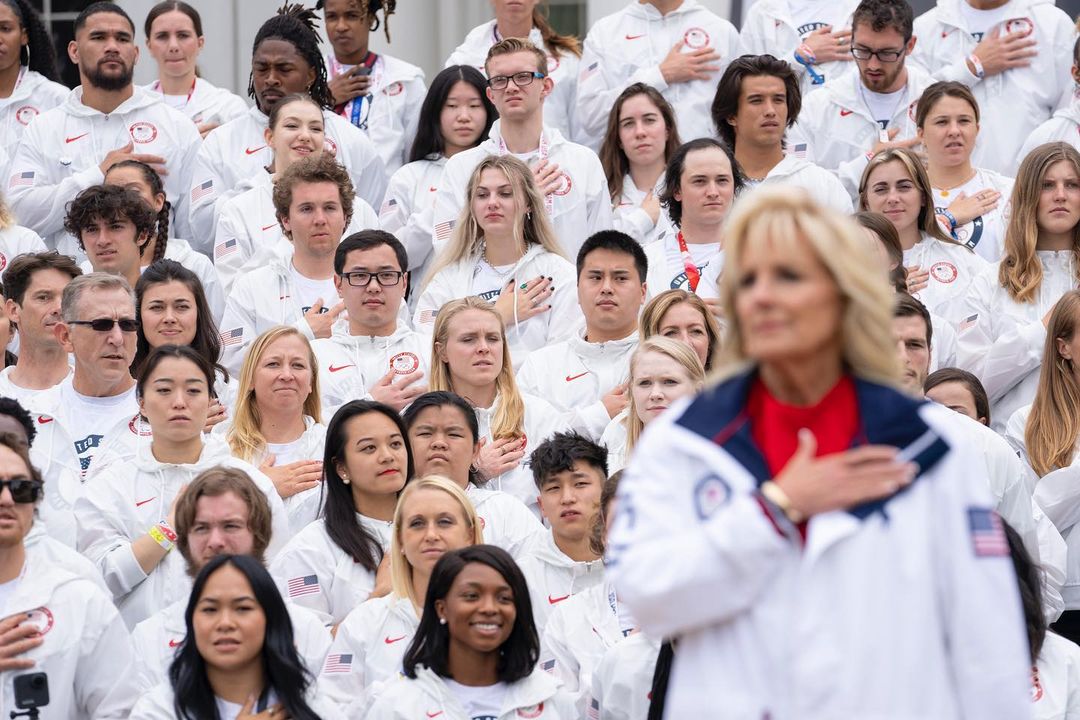 If abortion becomes a major issue in the midterm elections, it has the potential to dramatically impact the race for control of the U.S. Senate. Courtesy of the New York Times, here’s the net support for abortion rights in each of the battleground states with important Senate races:

These numbers suggest that not many Republican Senate candidates are going to be celebrating the overturning of Roe v. Wade by the Supreme Court this summer.

It’s also why you see most Senate Republicans currently more interested in talking about the leaked draft decision instead of its substance. If these numbers are correct — and polling on abortion is notoriously hard — there’s just no upside for the GOP in making this a big campaign issue.

With inflation and the economy the top worries for most voters, it won’t be easy for Democrats to keep the focus on abortion rights. But if they can, it could help them win many of these key Senate races.

“Weeks after Politico reported that GOP congressional hopeful Cory Mills made his fortune selling tear gas used on Black Lives Matter demonstrators, the MAGA businessman boasted in a new ad that the ‘liberal media is crying about it’ before suggesting he’d tear-gas them himself,” the Daily Beast reports.

Said a smirking Mills while shooting gas canisters: “If the media wants to shed some real tears, I can help them out with that.”

Andrew Wilhoite (R) won a Republican primary in Indiana on Tuesday night after being arrested and jailed in the murder of his wife, Nikki Wilhoite, who had just finished her last round of chemotherapy, the Kansas City Star reports.

New York Times: “Republicans in many states have grown increasingly tired of the Stop the Steal movement and the push by Mr. Trump to reward election deniers and punish those who accept President Biden’s victory. At a time when Mr. Biden’s approval ratings are sinking, leaders in the party are urging candidates to focus instead on the economy, inflation and other kitchen-table issues.”

“But 12 weeks before its Republican primary in August, Arizona shows just how firm of a grasp Mr. Trump and his election conspiracy theories still have at every level of the party, from local activists to top statewide candidates.”

“More than a dozen states and at least one territory are applying to be among the first to vote for Democrats’ next presidential nominee — with the biggest pile-up coming out of the Midwest, where states are jockeying to take Iowa’s long-held early spot,” Politico reports.

“Fifteen state parties and counting, plus Puerto Rico, have submitted letters of intent to the Democratic National Committee ahead of a Friday deadline to be considered as a 2024 early state.”

James Carville told CNN that Republicans do not fear the potential political ramifications of overturning longstanding abortion precedent because Democrats are currently dysfunctional.

Said Carville: “They have no fear of Democrats, that’s why they do this… Roe is over two to one in approval, and Alito and them said we don’t care, we’re not fair, and we don’t care and all the Democrats are going to do is sit around and talk about veganism and pronouns. And to some extent, that is a justified opinion that they have.”

Dan Pfieffer: “The Republicans are in the driver’s seat despite pushing one of the most unpopular, extreme agendas in modern political history. For all the handwringing about how Democrats can win the culture wars, it’s the Republicans who should fear a high-profile conflict on those cultural issues.”

“And it’s not just the ‘culture war’ issues where Republicans are off base. Minority Leader Kevin McCarthy stated that one of his first acts as Speaker would be to shut down the investigation into the January 6th insurrection, but that investigation is supported by two-thirds of Americans.”

OHIO U.S. SENATOR. Charlie Sykes: “J.D. Vance made a judgment about what Republican voters wanted in 2022, and (with apologies to Mencken) he gave it to them good and hard. That’s worth considering for a moment.”

“The former Marine, Ivy League law school grad and bestselling author had a strategy… Bankrolled by billionaire Peter Thiel, Vance was willing to drink deeply from the cup of self-humiliation and demagoguery, because that is what Trump demands.”

“But even more important: This is what the GOP voting base wants.”

“For Vance, that meant not only abandoning many of his former principles (including his oft-stated distaste for Trump, whom he once compared to Hitler), but any pretense to a principled or intellectually coherent platform.”

A second book by Hillbilly Elegy author and U.S. Senate candidate JD Vance that had been under contract with Harper has been called off, the AP reports.

Philip Bump: “We do have some new information that can help answer the what-ifs: the actual results of the election. Granted, it’s still early; not every county has completed its vote count. But we can already pick out one pattern that boosted Vance: His support was uniform across the state in a way that it wasn’t for his opponents.”

“Nearly every politician commits an occasional gaffe, and nearly every election features at least one news cycle about something stupid that a candidate did or said,” Politico reports.

“Even so, the recently concluded Ohio Republican Senate primary was uniquely stupid, by almost any standard. The election was unrivaled in the number of times the candidates debased themselves for attention, said something absurdly provocative or committed an act of epic buffoonery, perpetuating a spiral of attacks against each other that generated a flood of local and national headlines.”

ILLINOIS GOVERNOR. “Billionaire Ken Griffin has upped his investment in Aurora Mayor Richard Irvin’s Republican bid for governor, kicking in an additional $25 million to the campaign after seeding Irvin’s candidacy with an initial $20 million,” the Chicago Tribune reports.

“By doubling his financial commitment to Irvin, Griffin appears to be showing confidence in a campaign strategy that has been high in the use of TV ads and mailers while low in public contact and visibility.”

GEORGIA SECRETARY OF STATE. Donald Trump has a new and rambling robocall for Rep. Jody Hice (R) in the race for Georgia Secretary of State, the Atlanta Journal Constitution reports.  The former president “goes on for more than a minute and a half, talking about himself, repeating disproven election conspiracies, and floating a new one.”

A sampling: “Hello, this is President Donald J. Trump, hopefully your all time favorite president of all time Georgia has one of the worst secretary of states in America, and I mean the worst, RINO Brad Raffensperger.”

PENNSYLVANIA U.S. SENATOR. Donald Trump heads to Pennsylvania for a rally tonight on behalf of Mehmet Oz (R) in his increasingly nasty battle with David McCormick (R) for the GOP Senate nomination. He’s even bringing J.D. Vance — who prevailed in Ohio’s Republican Senate primary this week — for inspiration.

Oz holds a small lead in the latest Trafalgar Group poll but is increasingly on the defensive after an ABC News report that he cast a ballot in Turkey’s 2018 presidential election.

But the dark horse in the race might be Kathy Barnette (R), the ultraconservative, grassroots favorite who has moved up in the polls and is just a few percentage points behind Oz and McCormick. Barnette defended banning abortion with no exceptions this week by revealing that she was conceived in rape: “I am the byproduct of a rape. My mother was 11 years old when I was conceived. My father was 21. I was not just a lump of cells. As you can see, I’m still not just a lump of cells. My life has value.”

With 17% still undecided, and Oz and McCormick locked in a nasty fight, she might be the one to watch.

Said Pompeo: “Not only did he not engage in the American process but he engaged in the Turkish political process. That raises in my mind a lot of judgments about his priority.”

Each poll asked how respondents prioritized a number of issues before it quizzed them on each matchup, with questions about abortion coming afterwards.

IDAHO 2ND CD. Outside spending has intensified on both sides ahead of the May 17 Republican primary rematch between incumbent Mike Simpson and attorney Bryan Smith, though it still has a ways to go before it matches the price tag from their 2014 bout. (Simpson won 62-38 eight years ago.) According to OpenSecrets, Simpson’s allies at the American Dental Association; Defending Main Street, which is close to the party establishment; and the crypto-aligned American Dream Federal Action have so far deployed a total of just over $1 million. In Smith’s corner is a new organization called America Proud, which has dropped $500,000 to date.

OREGON 6TH CD. State Rep. Andrea Salinas has publicized an internal from Public Policy Polling that shows her leading economic development adviser Carrick Flynn 18-14 ahead of the May 17 Democratic primary, with everyone else in the single digits.

TEXAS 30TH CD. Democratic operative Jane Hope Hamilton uses most of her new ad for the May 24 runoff to emphasizes her progressive values and work on Biden’s campaign, while the last third focuses on state Rep. Jasmine Crockett. “She lied about her record as a civil rights attorney,” the narrator says of Crockett, who also goes after the $2 million that crypto-aligned PACs have spent for her.

The first allegation references a late March Texas Tribune article that describes how the family of Botham Jean, a Black man who was murdered by a Dallas police officer in 2018, used an open letter to blast Crockett for “misrepresent[ing] yourself as one of our attorneys” on her website. Crockett, who works as a civil rights attorney, responded by saying, “I’d never intentionally inflict additional distress upon any family. There may have been confusion about some information on our website which was remedied as quickly as it was brought to our attention.” Crockett led Hamilton 48-17 back in March in the primary to succeed retiring Rep. Eddie Bernice Johnson, who is supporting the state representative.

WEST VIRGINIA 2ND CD. With days to go before Tuesday’s incumbent vs. incumbent Republican primary showdown, David McKinley is airing an ad that shows a digitally altered image of Alex Mooney in a prison jumpsuit as the narrator asserts that Mooney has “no answers for why he’s potentially facing prison time.” The commercial doesn’t explain this explosive insinuation, though the Charleston Gazette-Mail article it references does.

The Office of Congressional Ethics has been probing Mooney for over a year for allegedly misusing campaign funds on personal expenses, including meals at Chick-Fil-A and Taco Bell. The OCE, however, also opened a second investigation into Mooney in February, which makes him the rare member to be the subject of two simultaneous inquiries. The panel has not publicly specified what the new inquiry concerns, and because it almost certainly won’t release any sort of report until after Tuesday, voters won’t know either.

However, campaign finance attorney Brett Kappel suggested to the Gazette-Mail last month that “it appears that the OCE is concerned that Rep. Mooney may have tried to obstruct their first investigation.” If true, the story says, that could subject Mooney to the False Statements Act, a law that carries a penalty of up to five years in prison and gives McKinley the hook he needs to picture his rival in jail garb.