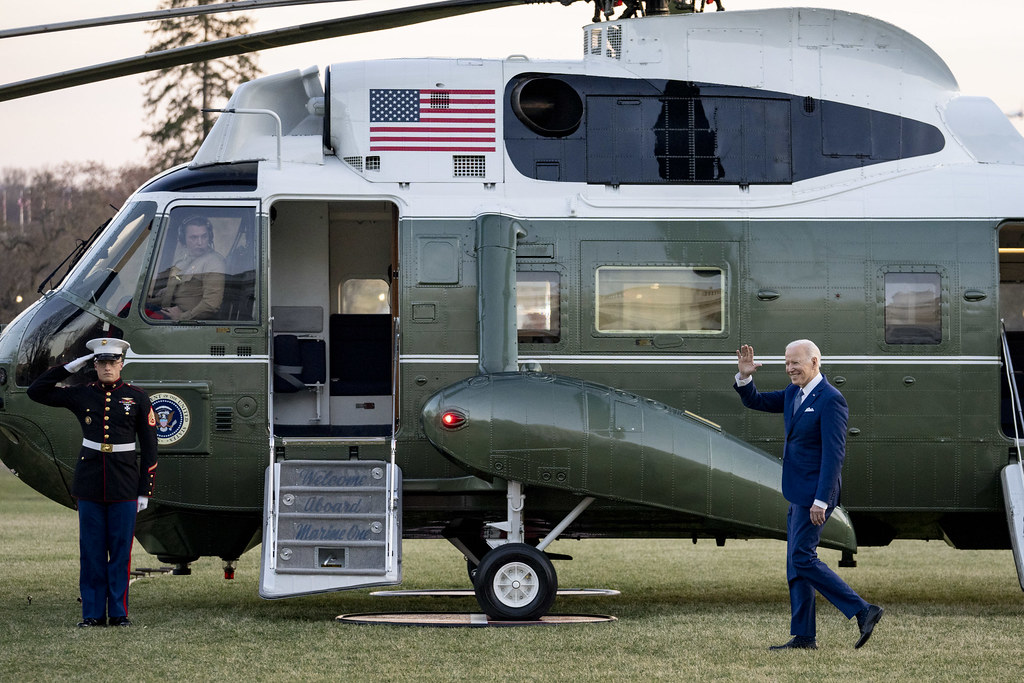 A new Yahoo News/YouGov poll found that registered voters initially preferred a generic Democrat over a generic Republican by 5 percentage points when asked how they would vote in their district if the congressional election were being held today, 44% to 39%.

But when voters were asked to choose instead between a “pro-choice Democrat” and a “pro-life Republican,” GOP support fell to 31% while Democratic support held steady — more than doubling the gap between the two candidates, to 13 percentage points.

A new CNN poll finds 66% of Americans say Roe v. Wade should not be completely struck down, and 59% would support Congress passing legislation to establish a nationwide right to abortion.

Something to watch: “The share of registered voters who say they are extremely or very enthusiastic about voting this fall rose 6 points between the first survey and the second, but that increase is about even across party lines.”

But at least one portion of the tax relief package is being paid for by congressional Democrats’ $1.9 trillion coronavirus relief measure, called the American Rescue Plan, that Biden signed into law last year.

“The Biden administration plans to seek bids this fall to buy 60 million barrels of crude oil as the first step in a years-long process aimed at replenishing America’s emergency oil reserve,” CNN reports.  “This would mark the first time since the early 2000s that the Energy Department has acquired large quantities of oil for the US Strategic Petroleum Reserve, the largest emergency supply of oil on the planet.”

Politico: “It took more than seven hours of votes on-binding motions, but the Senate appointed 26 members to resolve differences between the House and Senate U.S.-China competitiveness bills shortly after 10 p.m. on Wednesday. It’s a significant step forward on a bill that’s more than a year in the making.”

“We’ll see how long the next steps take. There are 26 senators and more than 80 House members involved in these formal talks, so that’s a lot of cooks in the kitchen.“

“Rep. Victoria Spartz (R-IN) topped a nonpartisan group’s ‘Worst Bosses’ list last year, winning the dubious title of most staff turnover in the House. Her retention record is only getting worse,” Politico reports.   “The frequent departures stem from an allegedly unhealthy work environment, according to interviews with eight people, including more than a half-dozen former staffers as well as Republicans familiar with her office dynamics who were granted anonymity to speak candidly. They described Spartz as an unpredictable boss whose temper can rocket from tepid to boiling.”

Rep. Alex Mooney (R-WV) told West Virginia Metro News that it was “insulting” to classify the Jan. 6 attack on the Capitol as a domestic terrorist attack.  Said Mooney: “It was a protest. It was a protest. That’s what it was. A few people went in and the law should be implemented for those who broke it.”

Politico: “For what it’s worth: Prosecutors have documented more than 1,000 assaults on police from those that participated in the attack. Several people also died.”

Rep. Paul Gosar (R-AZ) boasts he’s been “relentless” in seeking to restore fiscal responsibility and “common sense” when it comes to the “bloated” federal government, CNN reports.  “Yet Gosar doesn’t seem to practice what he preaches.”

“A review conducted by the nonpartisan watchdog Moonlight Foundation of the self-described fiscal conservative’s spending shows he has spent more taxpayer dollars on travel than any other member of the House over the past five years — an unusual amount of money spent by a rank-and-file member whohas served in the minority for part of that time and has built a scant record of legislative accomplishments.”

A must read: Why We Did It: A Travelogue from the Republican Road to Hell by Tim Miller.  “Former Republican political operative Tim Miller answers the question no one else has fully grappled with: Why did normal people go along with the worst of Trumpism?”

“In a bracingly honest reflection on both his own past work for the Republican Party and the contortions of his former peers in the GOP establishment, Miller draws a straight line between the actions of the 2000s GOP to the Republican political class’s Trumpian takeover, including the horrors of January 6th.”

Sen. Ben Ray Lujan (D-NM) talked to ABC News about recovering from a stroke.  “The freshman senator would soon learn that he had suffered a stroke in the cerebellum, the part of the brain that controls balance. Extreme dizziness hitting him to such a degree that he would find himself crawling on his hands and knees. This ambitious former longtime House member once on a track potentially to the speakership, would have his life turned upside-down by a potentially deadly medical event, a moment that has sparked new meaning and new focus for the rising political star.”

NBC News: “One year after conservative parents began packing school board meetings nationwide to protest lessons on racism and library books dealing with sex, sexual orientation and gender, those issues are dominating May 7 school board elections across Texas, especially in the booming and fast-diversifying suburbs outside Houston, Dallas, Austin and San Antonio.”

Sen. Ron Johnson (R-WI) told a group of Covid vaccine critics that he’s in a “guerrilla war” against the medical establishment, the Milwaukee Journal Sentinel reports.  Said Johnson: “I need every guerrilla fighting this guerrilla war right now. Don’t get out ahead of what the public is willing to accept as truth.”

In a video interview, Sen. Ron Johnson (R-WI) said it “may be true” that vaccines against COVID-19 cause AIDS, the Wisconsin Examiner reports.