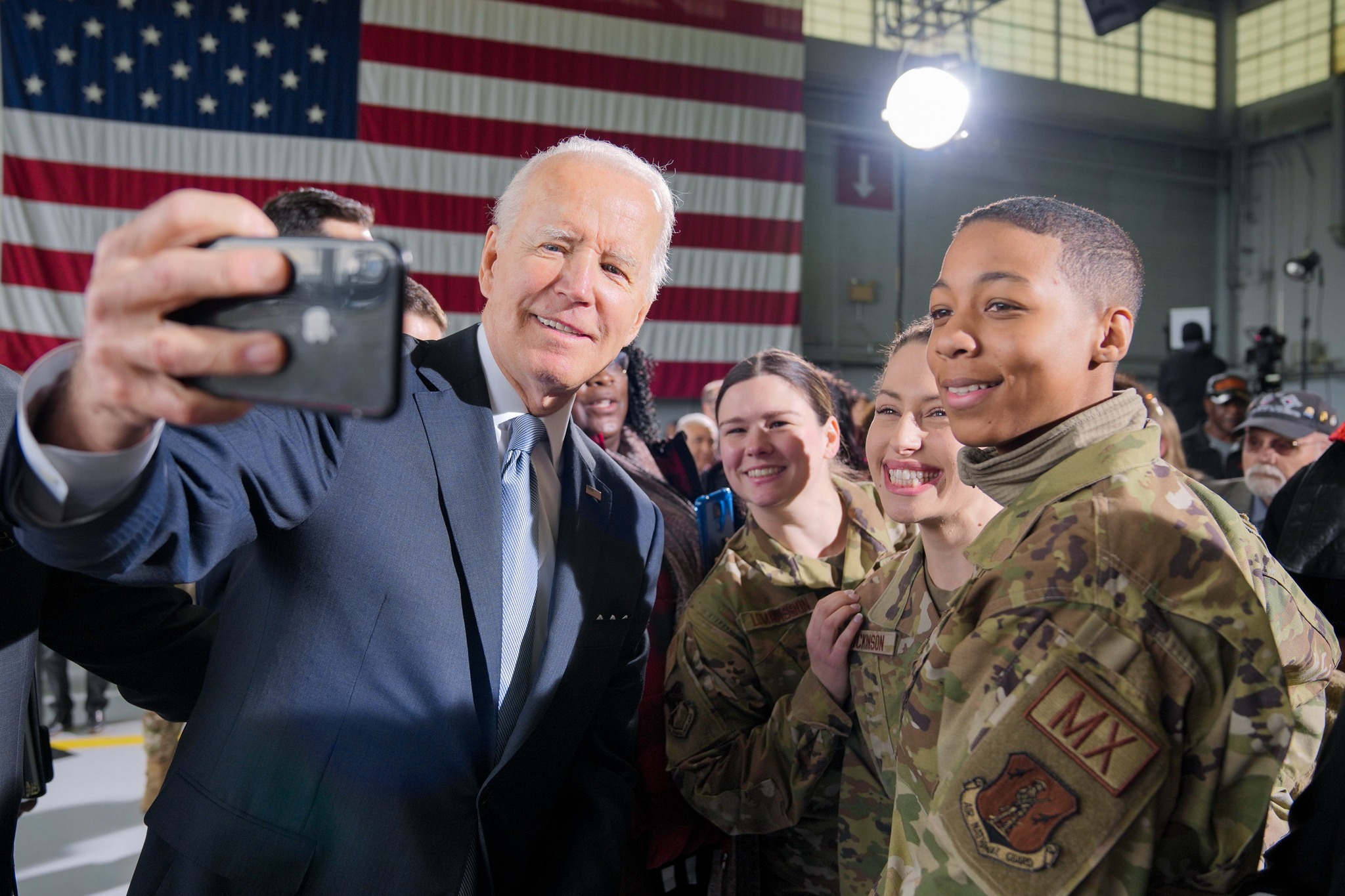 A new Trafalgar Group poll in Ohio finds J.D. Vance leading the Republican U.S. Senate primary with 26%, followed by Matt Dolan at 22%, Josh Mandel at 21%, Mike Gibbons at 13% and Jane Timken at 6%.

Columbus Dispatch: “Candidates and interest groups had spent or reserved around $66.2 million on television, cable and radio advertising in the GOP primary as of Monday.”

“That number shattered previous Ohio campaign spending records, underscoring the high stakes and competitive nature of the race for an open U.S. Senate seat even in its final days.”

“Look, he gives, what, thousands of words of speeches every single week. Sometimes he’s going to misspoke, misspeak. Everybody’s going to do that. But he’s doing a tele-townhall with us… I’m not worried about it at all.”— J.D. Vance, quoted by CBS News, when asked about Donald Trump calling him J.D. Mandel.

Rep. Alexandria Ocasio-Cortez (D-NY), one of the nation’s most prominent left-wing officials, is planning to endorse Nina Turner’s (D) congressional bid in the final hours of an Ohio primary contest that has increasingly morphed into a divisive national Democratic battle, the New York Times reports.

Rep. Shontel Brown earned an endorsement from President Joe Biden on Friday just ahead of her May 3 Democratic primary rematch against former state Sen. Nina Turner.

Protect Ohio Values has dropped one more poll from Fabrizio, Lee & Associates that shows its man, venture capitalist J.D. Vance, beating Josh Mandel 31-19 in Tuesday’s Republican primary, which is an improvement from his 25-18 edge a week before. The Peter Thiel-funded group, though, is still treating the former state treasurer as a threat, as it’s launched a new ad that essentially goes after Mandel for being involved in pre-Trump Republican politics.

The spot features footage of John McCain, Mitt Romney, and then-Gov. John Kasich praising Mandel, with the late McCain calling him a “centrist.” The narrator also twice uses one of Mandel’s favorite insults against him by dubbing him a “squish.”

GEORGIA GOVERNOR. As he always does when one of his endorsees starts to falter, Donald Trump is now inching away from his choice to unseat Gov. Brian Kemp in the May 24 GOP primary. “Remember, you know, my record is unblemished,” Trump told the New York Times’ Reid Epstein on Thursday. “The real story should be on the endorsements—not the David Perdue one—and, by the way, no race is over.”

Of course, Trump’s record is very, very blemished, with dozens of failures under his belt, including some high-profile debacles this cycle (check in with Susan Wright and Sean Parnell for more). But Trump’s approach is even more confused than usual, since as the Atlanta Journal-Constitution’s Greg Bluestein notes, he simultaneously appears to be amping up his efforts on behalf of Perdue, with a “tele-rally” set for Monday and continued spending to boost Perdue from Trumpworld.

There’s still plenty of time, though, for Trump to disavow Perdue before the primary, but given the lack of alternatives—Trump actually helped ease Kemp’s other challenger, former state Rep. Vernon Jordan, out of the race in February—and his towering hatred of the incumbent, he may just stick with the ex-senator until the very end. That end may come pretty soon: A new poll from SurveyUSA, taken for WXIA, gives Kemp a commanding 56-31 lead over Perdue, which makes it the fourth poll in a row to show the governor winning the majority he needs to avert a runoff.

In addition to their general election numbers, SurveyUSA also tested several primaries a bit further down the ballot (as well as the Kemp-vs.-Perdue matchup we mentioned in our top item). Interestingly, the firm diverges with the University of Georgia when it comes to the GOP’s contest for secretary of state. SurveyUSA shows incumbent Brad Raffensperger leading Trump’s endorsed candidate, Rep. Jody Hice, 31-20, while UGA recently had Raffensperger ahead by a considerably smaller 28-26; still, both polls have him well below the majority he’d need to avoid a second round in June, and many voters undecided.

The pollster also takes a look at the Democratic contest, finding that even fewer voters have made up their minds. They show state Rep. Bee Nguyen beating Michael Owens, who unsuccessfully sought the 13th Congressional District in the 2014 and 2020 primaries, by just a 12-9 margin, with 60% undecided. Nguyen, though, has widespread backing from the party establishment and recently began running ads, so her lead is only likely to grow.

Gov. Ron DeSantis (R) told Lisa Boothe he thinks Florida will turn solidly red if he’s reelected. Said DeSantis: “My goal would be, if we win the election really big, people like you who analyze these things are going to say: ‘The days of Florida being a swing state are over. Florida is a red state.’”

OKLAHOMA U.S. SENATOR B. Kentucky Sen. Rand Paul, who perhaps thinks he has far more appeal in Oklahoma than he actually has, stars in a new $750,000 ad buy from Protect Freedom PAC in support of Republican state Sen. Nathan Dahm in the June 28 primary. Paul tells the audience, “Nathan Dahm will join me in demanding that Fauci is fired and removed from office,” which may have sounded tougher on the page than it does out loud.

The DSCC has reportedly made its initial TV ad reservations for this fall’s Senate contests, allocating $33 million across six states:

Democratic incumbents are currently defending Arizona, Georgia, Nevada, and New Hampshire, while Wisconsin has a GOP incumbent and Pennsylvania is a Republican open seat. The DSCC’s reservations follow on the recent news of both main super PACs in Senate races, Senate Majority PAC for Democrats and the Senate Leadership Fund for Republicans, placing their initial fall ad reservations, each of which were significantly higher at more than $100 million. However, the DSCC’s initial reservations almost certainly will grow as the cycle progresses. The DSCC’s GOP counterpart, the NRSC, has yet to reveal its fall ad reservation plan.

Notably, the DSCC is the first of the three groups with reported reservations that included New Hampshire, where Democratic Sen. Maggie Hassan is seeking a second term, while both they and SMP omitted North Carolina, a state Trump won by less than two points with a Republican-held open seat that SLF included on their defense list.

ARIZONA GOVERNOR. The August Republican primary got a little smaller and perhaps significantly less expensive on Thursday evening when wealthy businessman Steve Gaynor, who narrowly lost the 2018 general election for secretary of state, dropped out. While Gaynor, thanks to significant self-funding, ended March with a significant cash-on-hand edge over the rest of the field, he said he’d concluded his “chance of winning is low enough to be unrealistic.”

ARIZONA U.S. SENATOR. “Arizona Attorney General Mark Brnovich has fallen out of first place in the state’s Republican Senate primary, a slide that corresponds with aggressive advertising spending by his opponents — and Donald Trump’s ire,” Politico reports. “For nearly a year, Brnovich held a steady lead in the primary to take on Democratic Sen. Mark Kelly, a key race as the GOP seeks to take back the Senate majority.”

“But walking the fine line between his responsibilities as attorney general and Republican Senate hopeful has proved challenging in a state where Trump allies have unsuccessfully sought to challenge the 2020 presidential election results.”

NEBRASKA GOVERNOR. University of Nebraska Regent Jim Pillen has released an internal from WPA Intelligence that shows him narrowly edging out wealthy businessman Charles Herbster 24-23 in the May 10 GOP primary, with state Sen. Brett Lindstrom at 20%.

A recent survey from Data Targeting for Neilan Strategy Group, which said it wasn’t working on behalf of any candidate or allied group, found things comparably close, though the order of the candidates was different: That firm gave Lindstrom a 28-26 advantage over Herbster, while Pillen took third with 24%. These are the only two polls we’ve seen since the Nebraska Examiner published an April 14 story where Republican state Sen. Julie Slama and seven other women accused Herbster of groping and other forms of sexual assault.

PENNSYLVANIA GOVERNOR. The Philadelphia Inquirer’s Andrew Seidman reports that “most Pennsylvania Republican insiders” are fretting that state Sen. Doug Mastriano, who recently addressed a QAnon-aligned conference, could win the May 17 primary and jeopardize the party’s chances in the fall, but it remains to be seen if there will be any organized attempt to stop him. A newly established group called Pennsylvania Patriots for Election Integrity has launched a TV buy in rural areas that, improbable as it sounds, tries to out-Big Lie the Big Lie fanatic by claiming Mastriano “failed to audit the 2020 election,” but so far only $250,000 is going to the effort.

Mastriano has also been taking hits on TV from former U.S. Attorney Bill McSwain for supporting what his campaign calls “the unconstitutional mail-in voting law” that the Republican-run legislature passed in 2019 before Trump and his allies started to wage war on vote-by-mail. (Pennsylvania Patriots also hit Mastriano over mail-in voting.) The former prosecutor himself got some incredibly bad news weeks ago when his old boss, Donald Trump, implored Republicans not to vote for him, but McSwain is still strong in one area: Seidman writes that he has $3.4 million in TV ads reserved for the primary, more than many of his numerous intra-party rivals.

One of those other candidates is former Rep. Lou Barletta, who is now under attack by a group ostensibly set up to help him. Fellow Inquirer reporter Chris Brennan writes that an organization called the 1776 Project Committee registered in the state back in February as a pro-Barletta group, and it went on to set up a website bashing McSwain. Now, though, the 1776 Project has started running digital ads against Barletta dubbing him “Lobbyist Lou.” Brennan writes that the group, which as of Friday still lists itself as supporting Barletta, has not explained its apparent betrayal.

RHODE ISLAND GOVERNOR. Secretary of State Nellie Gorbea has publicized a Lake Research Partners poll that shows her beating Gov. Dan McKee 30-24 in the September Democratic primary, with former Secretary of State Matt Brown taking 10%. This is the first survey we’ve seen of this race all year.

MINNESOTA GOVERNOR. State Sen. Michelle Benson announced Friday that she was exiting the Republican primary for governor, a departure that came about two weeks ahead of the party’s important May 13-14 endorsement convention. Benson both struggled to raise money and fared poorly in the February precinct caucuses, which Minnesota politicos closely watched for early signs of strength ahead of the spring convention.

NORTH CAROLINA U.S. SENATOR. “There was some, the dress, the stuff that these young women — liberated women — are wearing. They wear this stuff and then they talk about #MeToo. It sends a mixed signal, that’s for sure.”   — Former North Carolina Gov. Pat McCrory (R), quoted by the American Independent, suggesting that women on the Grammy Awards were inviting sexual assaults.

Anchorage Daily News: “Alaska has a robust and successful registration process. Anyone who applies for a Permanent Fund dividend — and in Alaska, that’s almost everyone — is automatically registered to vote unless they’re ineligible or opt out.”

“Between 1990 and 2019, Alaska had the highest gross migration rate of any state, and the state continues to stay at or near the top of the list for mobility.”

“State law allows people to stay registered when they move away, as long as they have an ‘intent of returning’ to Alaska and don’t register to vote anywhere else.”