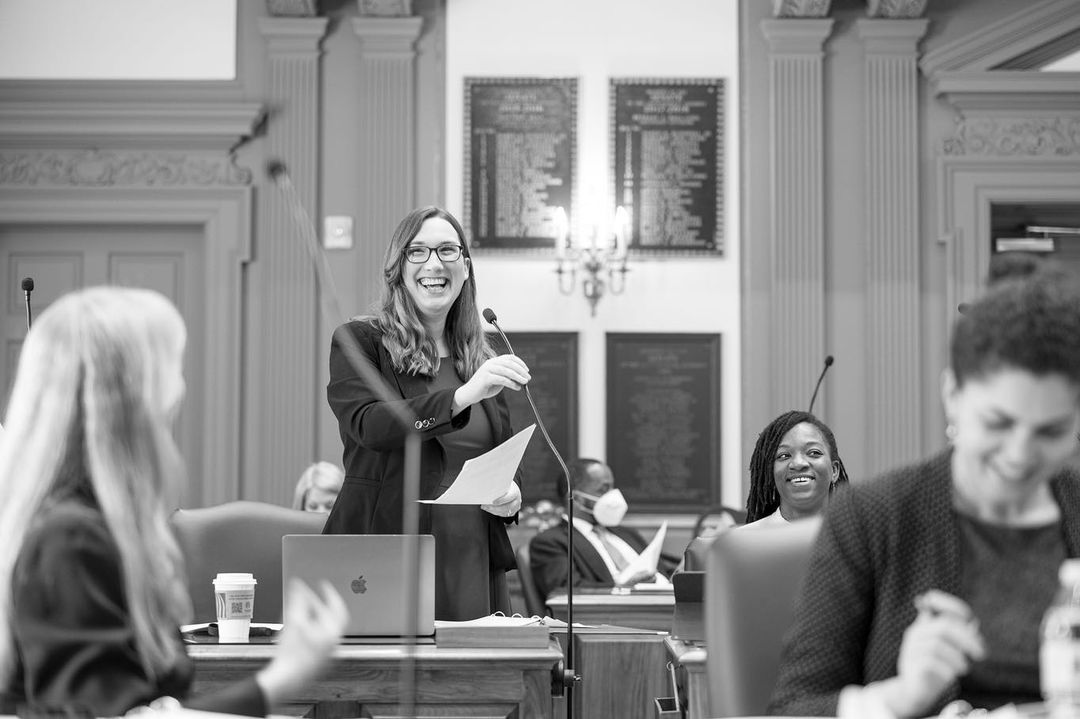 The House on April 5 appeared to have defeated Senate Bill 187(S), a bill that would help clear the way for more electric car charging stations being installed in municipalities and in residential neighborhoods.

However, the bill needed a two thirds majority vote to pass, so that means it needed 28 votes in the House and 14 votes in the Senate. It cleared that hurdle in the Senate, in a 16-5 vote with two Republicans joining all the Democrats in voting yes.

But in the House, early last month, it “failed” 23-16-2. All Republicans voted no and Andria Bennett and Stephanie Bolden were absent. Bill Sponsor Krista Griffith voted no as a procedural move so as to be able to bring the bill back later, which she has now done. But even if the two missing Dems and Griffith all voted yes, that would be 26 votes. We needed two Republicans. In early April, they were missing in action.

Now, prior to the April recess, the prior House vote was rescinded and the bill was brought back for passage in the House by a vote of 38-2-1. What was the magic that took place that allowed all but two Republicans to vote yes?

Well, Represenative Griffith introduced an Amendment that stated as follows: “This Amendment extends the date by which municipalities must establish their local ordinances to comply with the bill. The only municipalities impacted by Senate Substitute No. 1 for Senate Bill No. 187 are those with a population of 30,000 or more.” The date that was extended was making the January 1, 2023 deadline that was in the original bill now a deadline of July 1, 2023, an extension of 6 months.

I find it hard to believe that a six month deadline extension was the hill that 13 Republicans chose to die on in voting no in early April, but whatever. It seemed more that they opposed electric vehicles on principle. Maybe high gas prices have convinced them, but they were high in early April too. I suppose I should not look a gift horse in the mouth.

One final hilarity concerning Republicans and this bill: after the House amended, the bill was sent back to the Senate that very same afternoon, and it passed again, but this time by a 14-7! So the act of amending the bill to get a 6 months deadline extension garnered 13 Republican vote in the House, but such an amendment did not entice 7 Republican votes in the Senate, and in fact Ernie Lopez and Brian Pettyjohn were so incensed by the delay that they voted no.

Republicans are not at all serious. About anything. Except taking women’s rights away. And bashing gays. They love that.

Senate Bill 187(S), sponsored by Senator Sarah McBride and Representative Krista Griffith, will make it easier and more convenient to own an electric vehicle in this State in the years to come, resulting in increased purchases of electric vehicles, promoting cleaner air and water, and resulting in improved health outcomes for Delawareans and a reduction of greenhouse gases to curtail global warming.

Electric vehicles (EVs) are becoming more and more popular. Between 2012 and 2016, EV sales grew at an annual rate 32%. In 2017, growth in sales reached 45%. Batteries for EVs have become much cheaper in the last 10 years, enabling EVs to compete with traditional, fossil-fueled vehicles. In addition, major vehicle manufacturers are pledging to go all electric. Some researchers are predicting that EV sales will outnumber those of traditional, combustion engine vehicles by 2040.