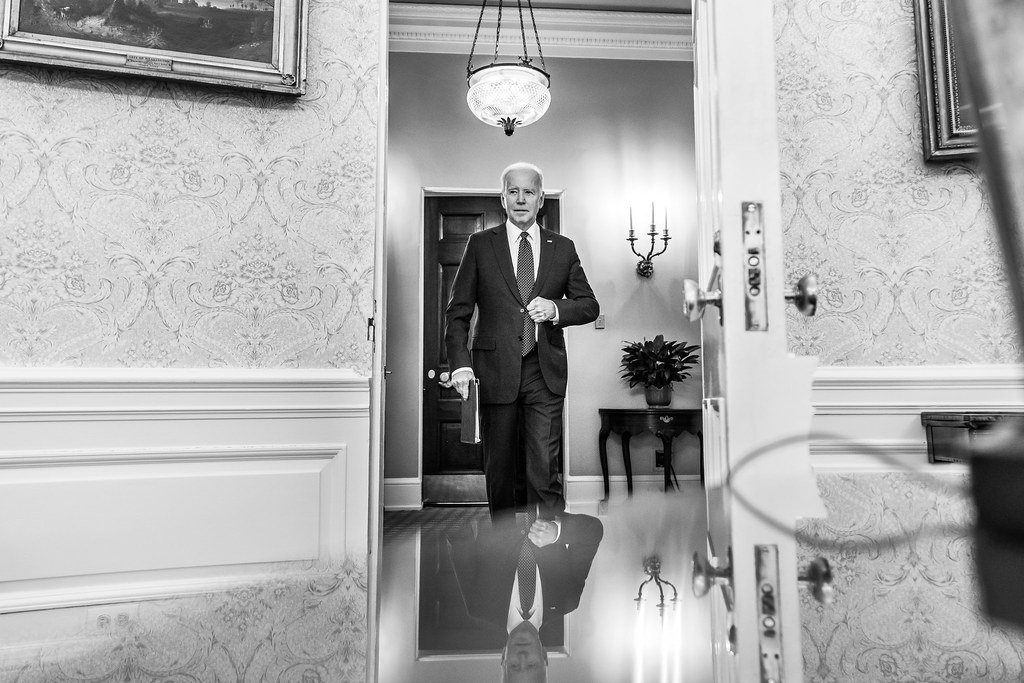 New York Times: “Runaway inflation, and the interest rate increases meant to contain it, will make life harder for consumers. A severe Covid lockdown in China and the invasion of Ukraine are adding to disruptions in the flow of goods across borders, contributing to rising food and energy prices, and threatening corporate profits.”

“On Wall Street in April, it all seemed to build to the same conclusion: The economy is about to take a hit.”

“That fear led to the S&P 500’s worst monthly decline since the March 2020 panic over the coronavirus. After a 3.6 percent plunge on Friday, the index was down 8.8 percent for the month. Stocks are now down more than 13 percent in 2022.”

Wall Street Journal: “An April rout in technology stocks deepened Friday, dragging the Nasdaq Composite toward its worst monthly performance in more than a decade.”

“Trump White House officials in May 2020 overrode public health advice urging churches to consider virtual religious services as the coronavirus spread, delivering a messaging change sought by the president’s supporters, according to emails from former top officials released by a House panel on Friday,” the Washington Post reports.

“Dr. Deborah Birx’s first meeting with President Donald Trump about COVID-19 lasted only 30 seconds before he lost interest and turned the channel to Fox News, Birx writes in her new memoir,” Insider reports.

The Washington Post has a good rundown of all the Trump investigations and their status if you can’t keep up.

“Besieged by multiplying scandals and salacious accusations, Representative Madison Cawthorn, Republican of North Carolina, is under mounting pressure from both parties to end his short career in Congress,” the New York Times reports.

“That came just days after pictures surfaced of him wearing women’s lingerie as part of a cruise ship game, imagery that might not go over well in the conservative stretches of his Western North Carolina district and would seem to be at odds with his public stance against transgender rights. And last month he was charged with driving with a revoked license for the second time since 2017.”

President Biden is planning to travel to South Korea and Japan next month, his first trip to Asia during his presidency and one where he will meet with his counterparts representing two key allies, the Washington Post reports.

Bloomberg: “Americans’ negative views of China are rising as President Xi Jinping maintains close ties with Moscow during the war in Ukraine, a sign that the invasion and other issues are taking a toll on Beijing’s image.”

“That’s according to the latest survey by the Pew Research Center, which found that 82% of respondents had “unfavorable opinions” of the Asian nation, up six percentage points from last year.”

“The Federal Bureau of Investigation performed potentially millions of searches of American electronic data last year without a warrant, a revelation likely to stoke longstanding concerns in Congress about government surveillance and privacy,” the Wall Street Journal reports.

“Negotiations to restore the Iran nuclear deal have reached a complete standstill,” Politico reports.  “Despite having a roughly 27-page agreement virtually ready to go, diplomats are still hung up over one final sticking point between the U.S. and Iran: The status of a powerful branch of the Iranian military, the Islamic Revolutionary Guard Corps.”

“Trevor Reed’s family said President Joe Biden may have saved their son’s life, doing everything he could to bring Reed home, in their first interview since seeing their son on U.S. soil,” ABC News reports.

“Rape is a difficult issue… but if a baby is created, it’s human life. Whether that mother ends that pregnancy, the scars won’t go away. It’s a shame it happens, but there’s an opportunity for women no matter how young or old…”  — Ohio state Rep Jean Schmidt (R), explaining her bill to outlaw abortion.

“A New York judge Friday kept a contempt of court finding in place against former President Donald Trump despite new affidavits from Trump and his lawyers that effectively argued he had complied with a subpoena from the state attorney general,” CNBC reports.

“Geoffrey Berman, who was fired by President Trump as the top Manhattan federal prosecutor, will be out Sept. 13 with a memoir, Holding the Line, that charges Trump with trying to undermine the office’s integrity,” Axios reports.

“Berman found himself pushing back against the Trump Justice Department’s blatant efforts to bring weak cases against political foes and squash worthy cases that threatened to tarnish allies and Trump himself.”

The Washington Post has a good rundown of all the Trump investigations and their status if you can’t keep up.

“Russia is running short of precision missiles in its war against Ukraine and its arms factories lack the ability to produce enough to keep up with demand,” the Financial Times reports.

“Limitations in Russia’s arms supply industry and the impact of western sanctions mean Moscow is having to transport missiles from other parts of the country to Ukraine.”

“The Biden administration has a plan to rob Vladimir Putin of some of his best innovators by waiving some visa requirements for highly educated Russians who want to come to the U.S.,” Bloomberg reports.

“One proposal, which the White House included in its latest supplemental request to Congress, is to drop the rule that Russian professionals applying for an employment-based visa must have a current employer.”

“Harvard University leaders, faculty and staff enslaved more than 70 individuals during the 17th and 18th centuries when slavery was legal in Massachusetts,” the Washington Post reports.

New York Times: “Harvard University is committing $100 million to study and redress its ties to slavery, the university’s president announced Tuesday, and with that money will create an endowed ‘Legacy of Slavery Fund,’ which will continue researching and memorializing that history, working with descendants of Black and Native American people enslaved at Harvard, as well as their broader communities.”

Axios: “The progressive politics that mainstream Democrats blame for their decline stand to take center stage if both trendlines hold. And the Squad-Plus would be positioned to push the diluted ranks of its rivals into backing some of its agenda — impacting the 2024 presidential race.”

“As many as six staunchly progressive candidates have viable chances to win House seats this cycle.

New York Times on criminal sentencing reform: “The legislation, which aims to end a longstanding racial disparity in federal prison sentences for drug possession, passed the House overwhelmingly last year, with more than 360 votes. It has been enthusiastically embraced on the left and right and by law enforcement as a long-overdue fix for a biased policy. It has filibuster-proof bipartisan support in the Senate and the endorsement of President Biden and the Justice Department.”

“Yet with control of Congress at stake and Republicans weaponizing a law-and-order message against Democrats in their midterm election campaigns, the fate of the measure is in doubt. Democrats worry that bringing it up would allow Republicans to demand a series of votes that could make them look soft on crime and lax on immigration — risks they are reluctant to take months before they face voters.”