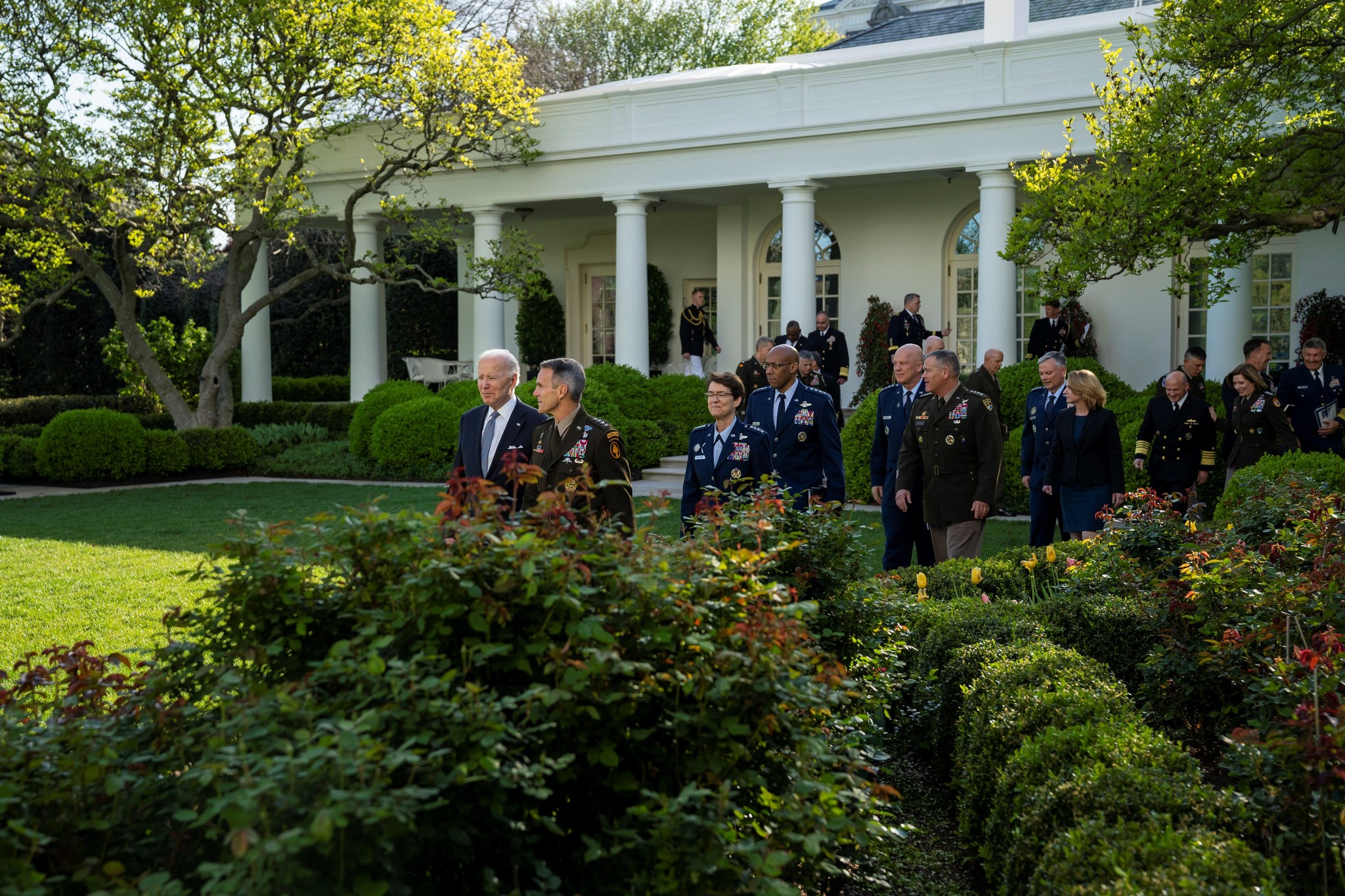 “Vladimir Putin has lost interest in diplomatic efforts to end his war with Ukraine and instead appears set on seizing as much Ukrainian territory as possible,” the Financial Times reports.

“Putin, who was seriously considering a peace deal with Ukraine after Russia suffered battlefield setbacks last month, has told people involved in trying to end the conflict that he sees no prospects for a settlement.”

Jim Sciutto: “Russian forces are proving ruthless in Ukraine. There is evidence virtually every day of WW2-level war crimes here. Please don’t turn your gaze away.”

“Several weeks have passed since the U.S. and its allies first imposed sanctions on Russia’s biggest companies and its business and political leaders, all the way up to President Vladimir Putin,” the Wall Street Journal reports.

“Yet one person has been spared, in a last-minute decision: Alina Kabaeva, the woman the U.S. government believes to be Mr. Putin’s girlfriend and the mother of at least three of his children.”

“Emmanuel Macron won a second term as president of France, triumphing on Sunday over Marine Le Pen, his far-right challenger, after a campaign where his promise of stability prevailed over the strong temptation of an extremist lurch,” the New York Times reports.

“Early projections at the close of voting, which are generally reliable, showed Mr. Macron, a centrist, gaining 58.2 percent of the vote to Ms. Le Pen’s 41.8 percent. His victory was much narrower than in 2017, when the margin was 66.1 percent to 33.9 percent for Ms. Le Pen, but wider than appeared likely two weeks ago.”

Washington Post: “Macron’s likely victory offers continuity for France and another five years of political stability for the 27-nation European Union, which has been buffeted by years of challenges from far-right populists, Brexit, an immigration crisis, and now Russia’s war in Ukraine. France and Germany are the pillars of the bloc, and policymakers in capitals across the continent had been watching the election with anxiety.”

“On a trip to the Pacific Northwest this week, President Biden observed the construction of an earthquake-resistant airport runway that had been paid for with funds from a $1 trillion bipartisan infrastructure law. He unveiled a plan to restore national forests devastated by wildfires. He promoted a climate agenda that has largely gone unfulfilled,” the New York Times reports.

“He also said out loud what his advisers have been saying privately for weeks: The immediate demands of the presidency, including the seismic forces of a pandemic and a war in Ukraine, have consumed more of his time than he had anticipated and taken him away from the domestic agenda he wants to sell.”

Politico: “Ambitious Democrats are preparing for what happens when the 88-year-old California senator’s seat becomes available for the first time in a generation — a sea change for California politics that would likely launch a frenzied intraparty rush for the coveted post. Most everyone is operating under the assumption that Feinstein will not run for reelection in 2024. Contenders are stockpiling cash and quietly assessing their options.”

“A general reluctance to publicly encourage Feinstein to step down hasn’t stopped people from keeping open lines of communication to Gov. Gavin Newsom in the event the senator resigns and the Democratic governor gets to handpick her replacement.”

“The brashness that catapulted freshman Rep. Madison Cawthorn to national attention is wearing on some of his voters here in his rural district in the Blue Ridge Mountains,” the Wall Street Journal reports.

“The youngest member of Congress, now 26 years old, shocked the party when he won the GOP primary runoff in 2020. Mr. Cawthorn, who uses a wheelchair and ran on a personal story of resilience, got a prime speaking slot at the party’s national convention that year and has been a staunch ally of former President Donald Trump. But support in his home district has been shaken by a series of gaffes—including off-the-cuff allegations about fellow lawmakers’ drug habits—that have left him vulnerable in the GOP primary.”

“Orrin Hatch, a conservative Utah Republican who came out of political nowhere to win a U.S. Senate seat in 1976 and ended his career 42 years later as the longest-serving Republican in the chamber’s history and one of his party’s most influential lawmakers of recent decades, died April 23 in Salt Lake City,” the Washington Post reports.

“Charles Herbster, a businessman and a front-runner for the Republican nomination to be Nebraska’s next governor, filed a lawsuit Friday against State Sen. Julie Slama after she, along with seven other women, accused him this month of groping them,” the Omaha World Herald reports.

“A former aide to ex-White House chief of staff Mark Meadows testified to the Jan. 6 Select Committee that Meadows met with several right-wing House members in December to discuss efforts to overturn the election,” Axios reports.

New York Times: “Dissembling is not a crime, but doing so to conceal a wholesale reversal on a matter as serious as an attack on the citadel of democracy and the possible resignation of a president would once have been considered career-ending for a politician, particularly one who aspires to the highest position in the House.”

“Not so for a Republican in the age of Trump, when Mr. McCarthy’s brand of lie was nothing particularly new; maybe it was just a Thursday.”

“House Minority Leader Kevin McCarthy is set to lead a group of fellow Republican lawmakers to the southern border in Texas on Monday, amid debate over the Biden administration’s decision to end a Trump-era pandemic restriction on the US-Mexico border,” CNN reports.

A Russian commander said that Moscow wants to take “full control” of eastern and southern Ukraine, in part so it could have a path to neighboring Moldova — raising fears that the nearly two-month war could spill outside of Ukrainian borders, the Washington Post reports.