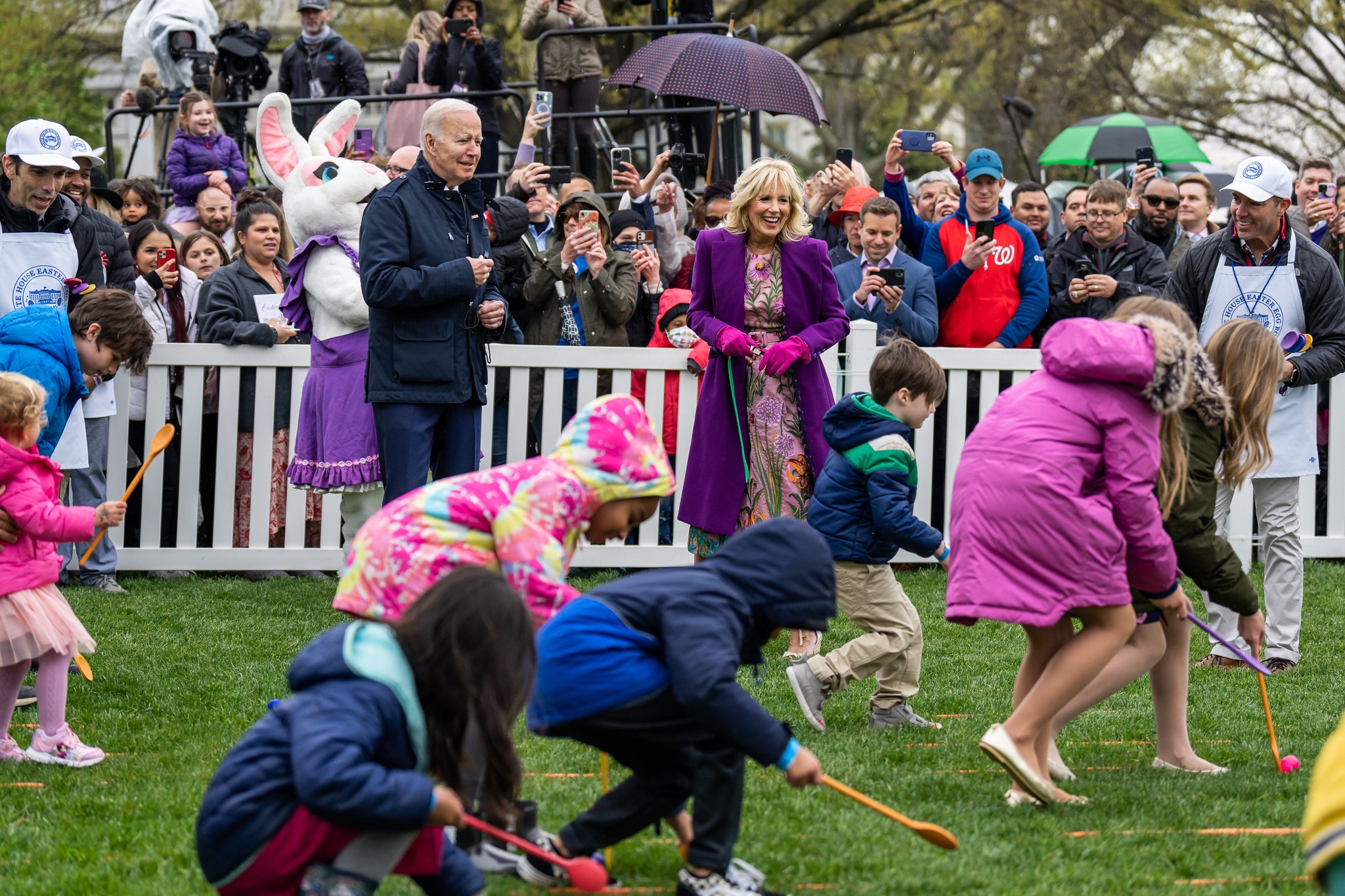 The poll follows one recently released by the Reno Gazette-Journal which showed Cortez Masto trailing Laxalt by 4 points among likely voters.

NEVADA U.S. SENATOR. Democratic incumbent Catherine Cortez Masto’s latest spot touts her work “with Republicans and Democrats to invest in manufacturing in America, creating jobs, and cracking down on prices.” Cortez Masto is one of several vulnerable senators who began advertising weeks ago, but she has an especially good reason to get on the air early: The New York Times, citing data from the Democratic firm TargetSmart, recently wrote, “Almost half the voters on Nevada’s rolls have registered since Ms. Cortez Masto was last on the ballot in 2016.”

NEVADA GOVERNOR. Better Nevada PAC, which is supporting Clark County Sheriff Joe Lombardo in the GOP primary, is running an ad attacking North Las Vegas Mayor John Lee over his lengthy past as a Democrat before he switched parties to run this cycle, claiming he “tried to raise the fuel tax” and tying him to Barack Obama and Hillary Clinton. By contrast, Lee is airing his own attack ad that argues it’s Lombardo who is the true “RINO,” cramming in several typical GOP buzzwords and tropes on topics such as guns and immigration to argue he’s the true conservative.

GEORGIA GOVERNOR, U.S. SENATOR, and SECRETARY OF STATE. The University of Georgia attempts to measure Donald Trump’s influence in the May 24 Republican primary with a poll that includes two different randomly assigned groups: A sample where respondents are simply asked who they’ll vote for, and a separate group where participants are informed which candidate Trump has endorsed and then asked who they’ll support.

In the race for governor, the first sample (known as the control group) favors Gov. Brian Kemp 48-37 over former Sen. David Perdue. The participants who have been told about Trump’s support for Perdue, who are called the treatment group, meanwhile support Kemp by just a slightly smaller 46-39 margin. It’s possible that, because Kemp and Perdue are each so well known, most voters have already made up their minds about both of them. Perdue himself is betting this isn’t the case, though, as his ads have largely featured footage of Trump bashing Kemp and praising the former senator.

The Senate numbers, by contrast, show former football star Herschel Walker dominating state Agriculture Commissioner Gary Black either way: The control group goes for him 64-8, while his lead expands to 76-8 with the treatment group. However, UGA shows a truly massive shift in the lower-profile primary for secretary of state. While far-right Rep. Jody Hice starts out with a 30-22 edge over incumbent Brad Raffensperger with the control group, his edge balloons to 60-16 with the sample that’s told the congressman is Trump’s man.

NEBRASKA GOVERNOR. In a story published Thursday by the Nebraska Examiner, Republican state Sen. Julie Slama and seven other women accused agribusinessman Charles Herbster of groping and other forms of sexual assault. Herbster, who has Donald Trump’s endorsement in Nebraska’s May 10 primary for governor, responded, “These libelous accusations are 100% false.”

Reporter Aaron Sanderford writes that a woman in 2019 saw Herbster reach up Slama’s skirt when she walked by him, an allegation she confirmed. Six other women also, in Sanderford’s words, said “that Herbster touched them inappropriately when they were saying hello or goodbye to him, or when they were posing for a photograph by his side” in incidents that occured between 2017 and this year. Another woman, Sanderford writes, says the candidate “once cornered her privately and kissed her forcibly.” All of Herbster’s accusers, who were “in their late teens to mid-20s at the time of the incidents,” have remained anonymous out of fear of retaliation, apart from Slama.

Following the publication of the Examiner’s article, every woman serving along with Slama in the Nebraska Senate signed on to a joint bipartisan statement declaring, “Herbster’s actions as outlined by the Nebraska Examiner render him unfit to serve.” Termed-out Gov. Pete Ricketts, who is supporting University of Nebraska Regent Jim Pillen in next month’s primary, also denounced Herbster, saying he “should beg forgiveness of the women he has preyed upon and seek treatment.”

PENNSYLVANIA GOVERNOR. Businessman Dave White has launched an ad as part of a $400,000 buy that is heavy on lies about the 2020 election outcome in order to attack former U.S. Attorney Bill McSwain in the May 17 GOP primary. White’s spot opens by calling McSwain “Never Trumper Pat Toomey’s puppet,” associating him with the retiring senator’s vote to remove Trump from office and contending that McSwain refused to investigate (bogus) 2020 voter fraud. White closes by highlighting Trump’s anti-endorsement of McSwain days earlier and white’s support for new voting restrictions.

Meanwhile, election officials told the Pennsylvania Capital-Star that it would have been too late to fulfill GOP state Senate President Pro Tempore Jake Corman’s aborted request to remove his name from the ballot on Tuesday even if he hadn’t abruptly reversed course hours after his initial filing and announced he was staying in following Trump’s intervention to oppose McSwain.

CALIFORNIA 15TH CD. Assemblyman Kevin Mullin has publicized an internal poll from FM3 that gives him a 31-17 lead over San Mateo County Supervisor David Canepa, a fellow Democrat, in the June top-two primary: Republican Gus Mattamal and a third Democrat, Burlingame Councilmember Emily Beach, are at 9% and 8%, respectively. The only other poll we’ve seen was a February survey for Canepa that showed him ahead with 19% as Mullin outpaced Mattamal 17-13 for the second general election spot.

MARYLAND 4TH CD. With little time to spare before Friday’s filing deadline, state Del. Jazz Lewis announced he was dropping out of the Democratic primary and would seek re-election instead. Lewis had the support of House Majority Leader Steny Hoyer, who represents the 29% of the new 4th District that is currently located in Hoyer’s old 5th District, but he struggled to gain traction in a field that includes former Rep. Donna Edwards, former Prince George’s County State’s Attorney Glenn Ivey, and former Del. Angela Angel.

MARYLAND 6TH CD. Republican state House Minority Leader Jason Buckel announced on Wednesday with the Friday filing deadline swiftly approaching that he is considering challenging Democratic Rep. David Trone in the recently redrawn 6th District. However, in a sign of his lack of seriousness, he touted a poll from the notoriously erratic John McLaughlin—a pollster we’ve flat-out banned from Daily Kos Elections for spewing conspiracy theories about the 2020 elections—to argue he would be competitive against Trone in this recently redrawn 54-44 Biden district.

MONTANA 1ST CD. Attorney Monica Tranel has launched her first ad ahead of the June Democratic primary, arguing that she won’t let Montana “become a playground for billionaires” while “regular people” struggle to afford to live there. The spot highlights her roots of growing up on a Montana ranch and her record of standing up to powerful corporations; the commercial hits very similar themes to the debut ad that public health expert Cora Neumann went on the air with earlier in the week.

OHIO 15TH CD. Franklin County Recorder Danny O’Connor, citing the newest GOP-gerrymandered map, announced Thursday that he was ending his campaign to take on Republican Rep. Mike Carey. Candidate filing closed back in March, and the only Democrat who remains on the ballot is Gary Josephson, whom Cleveland.com’s Jeremy Pelzer says unsuccessfully ran for state party chair with a platform that called for recruiting Dave Chappelle to run for the Senate and for Democrats to support two Republican incumbents, Gov. Mike DeWine and Secretary of State Frank LaRose, who incidentally were instrumental to passing the new gerrymander.

TENNESSEE 5TH CD. While GOP Gov. Bill Lee allowed a bill to become law without his signature on Wednesday that would impose a requirement that House candidates have voted in the previous three statewide general elections to be eligible to run, it won’t go into effect this cycle because candidate filing already closed last week.

This legislation, which could have a tough time surviving a court challenge, was widely interpreted as aimed at blocking former State Department spokesperson Morgan Ortagus, who only moved to Tennessee last year. Ortagus, who is Trump’s pick, doesn’t have a clear shot to the ballot, though, because the Tennessee Republican Party’s executive committee removed her and two other notable candidates last week for not meeting the party’s definition of a “bona fide” Republican; the rejected candidates will have their chance to appeal before the primary lineup is finalized on April 21.

TEXAS 28TH CD. Conservative Rep. Henry Cuellar is airing a negative ad for the first time in his May 24 Democratic primary runoff against attorney Jessica Cisneros, though it’s the same spot he ran months ago during the first round of voting. Cuellar, just like in 2020, uses the type of language you’d normally expect to find in a Republican commercial, with a narrator arguing that Cisneros’ agenda would result in “open borders that would make us less safe.” The spot concludes with the sound of a siren as the narrator describes the challenger as “a risk we can’t afford.”

TEXAS 34TH CD SPECIAL ELECTION. Candidate filing closed Wednesday for the June 14 all-party primary to succeed Democratic Rep. Filemon Vela, who resigned early to take a job at the lobbying and law giant Akin Gump, and two Democrats and two Republicans are competing. A runoff would take place if no one takes a majority of the vote, though a second round won’t be scheduled unless it’s actually needed.

The Republican field consists of Mayra Flores, who is already the GOP nominee for the new version of the 34th District, and Janie Cantu-Cabrera, who took just 7% against her in the March primary. Biden carried the current version of this Rio Grande Valley constituency 52-48 while he would have taken the new one 57-42, but Republicans are hoping that a Flores win in the special will give her a better chance for an upset in November.

The Democratic contenders are former Cameron County Commissioner Dan Sanchez, who sports endorsements from Vela and 15th District Rep. Vicente Gonzalez, and city civil service director Rene Coronado. Neither of them will be on the ballot in November, though, as Gonzalez is the nominee for the regular two-year term.

VIRGINIA 5TH CD. Former Henry County Supervisor Andy Parker failed to make the Democratic primary ballot because of what party officials say was a lack of valid signatures, though Parker said he’d take “a few days to perform a forensic audit on our petition signatures. When that is complete we will explore our options.” Josh Throneburg, who owns a cleaning company, is the only Democrat on the ballot against Republican Rep. Bob Good in a seat Trump would have carried 53-45.