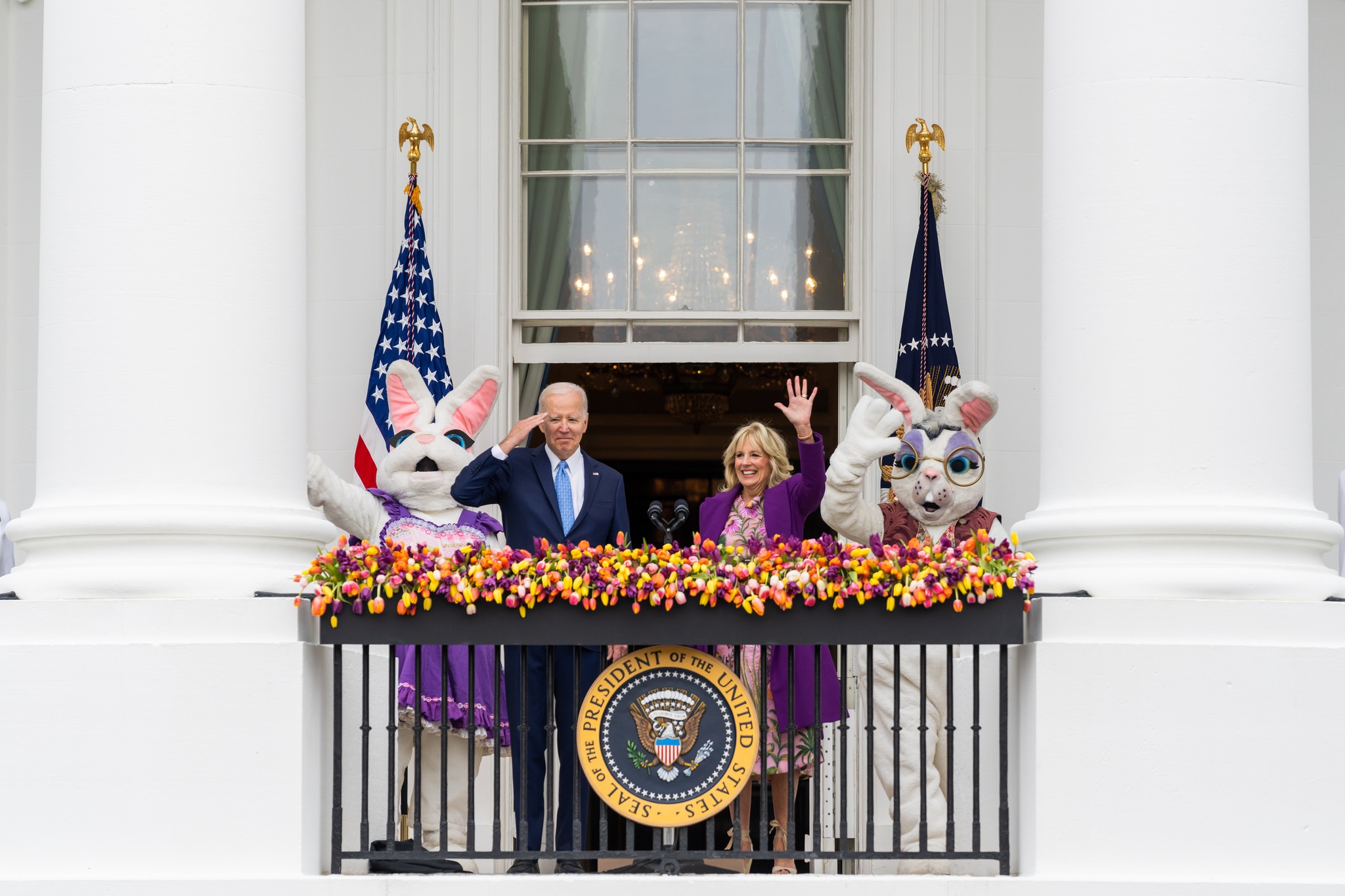 “Russian missiles hit the city of Lviv in western Ukraine on Monday, killing at least six people, Ukrainian officials said, as Moscow’s troops stepped up strikes on infrastructure in preparation for an all-out assault on the east,” the AP reports.

The first photo has emerged of what appears to be the cruiser Moskva, flagship of the Black Sea Fleet, before it sank last week in Russia’s worst naval loss since World War II, the Daily Beast reports.

Washington Post: “These projectiles, called fléchettes, are rarely seen or used in modern conflict… At 3 centimeters in length, these fléchettes look like tiny arrows. They have a long history in war — a version of them was dropped from airplanes in World War I and used by the U.S. in Vietnam — but are not in common use today. Shells packed with fléchettes are primed to explode over infantry formations and spew projectiles in a conical pattern, with some versions dispersing fléchettes across an area three football fields wide.”

“Then-President Donald Trump attempted a coup on Jan. 6, 2021, and that will be a centerpiece of committee hearings in Congress next month, said Democrat Jamie Raskin, a committee member who led the prosecution of Trump’s second impeachment,” Reuters reports.

“The Biden administration is taking a key step to ensuring that federal dollars will support U.S. manufacturing — issuing requirements for how projects funded by the $1 trillion bipartisan infrastructure package source their construction material,” the AP reports.

“The guidance being issued Monday requires that the material purchased — whether it’s for a bridge, a highway, a water pipe or broadband internet — be produced within the U.S., according to administration officials. However, the rules also set up a process to waive those requirements in case there are not enough domestic producers or the material costs too much, with the goal of issuing fewer waivers over time as U.S. manufacturing capacity increases.”

Bloomberg: “History suggests that the Federal Reserve will face a difficult task in tightening monetary policy enough to cool inflation without causing a U.S. recession, with the odds of a contraction at about 35% over the next two years, according to Goldman Sachs Group Inc.”

“Battered by high inflation readings and sharp messages from Federal Reserve officials about the need for interest-rate increases, bond prices have tumbled this year at a pace investors have rarely seen. In the first quarter, the Bloomberg U.S. Government bond index returned minus 5.5%, its worst performance since 1980. This month, it has lost another 2.4%.”

“Nine out of ten mortgages in America carry an interest rate of less than 5%, which is the official level at which most new 30-year fixed-rate mortgages are now being written,” Axios reports.

“Houses are affordable — if you already own one. According to Fannie Mae’s most recent national housing survey, 92% of homeowners say that their current home is affordable. More impressively 91% of lower-income homeowners say the same thing, up from just 79% at the end of 2017.”

“Were those homeowners to move, however, they would need to pay substantially more in interest payments.”

“Companies owned by far-right radio host Alex Jones are getting advice from restructuring advisers and considering options including a potential bankruptcy filing after being hit by lawsuits over Jones’s conspiracy theories,“ Bloomberg  reports.

A Chapter 11 filing would aim to allow Jones’s businesses, such as Infowars and Free Speech Systems, to keep operating while pausing civil litigation against them.”

Politico: “Russia’s ambassador to the United States can’t get meetings with senior officials at the White House or the State Department. He can’t convince U.S. lawmakers to see him, much less take a photo. It’s the rare American think tanker who’s willing to admit to having any contact with the envoy.”

“Not even Russian leader Vladimir Putin chats with him.”

“The pair haven’t had a conversation since just before Antonov departed for Washington in 2017, the envoy admits. They haven’t spoken even in recent weeks as Russia has waged full-on war in Ukraine — a “special military operation” as Antonov dutifully calls it, in line with Kremlin demands — that has pushed U.S.-Russian ties to a breaking point.”

“Sen. Rick Scott (R-FL) has been publicly dressed down by Republican leader Mitch McConnell, privately rebuked by his colleagues and repeatedly accused of running the National Republican Senatorial Committee in a way that benefits his own future over the candidates he was hired to get elected,” the Washington Post reports.

“He has directed a sizable share of his fundraising as NRSC chair to his own accounts, while shifting digital revenue away from Senate campaigns and buying ads promoting himself that look all but identical to spots he does for the national committee.”

“But during the seven weeks of turmoil since Scott dropped a provocative conservative policy bomb on an unsuspecting party — a plan that called for tax increases and expiration dates for all federal laws, including those establishing Social Security and Medicare — he has not once expressed regret.”

“A federal judge in Florida has voided the national mask mandate covering airports, planes and other public travel,” the AP reports.

“The decision Monday by U.S. District Judge Kathryn Kimball Mizelle in Tampa also said the Centers for Disease Control and Prevention improperly failed to justify its decision and did not follow proper rulemaking.”

Politico: “With the war in Ukraine entering its second month and continuing to dominate global headlines, White House allies are expressing concern that voters may see the president as more consumed by international affairs than domestic ones.”

“The White House itself is keenly aware that voters’ perceptions about the economy are still likely to determine the outcome of November’s midterm elections. And as they warily watch the president’s poor poll numbers, two senior administration officials said a concerted effort is being launched to reemphasize to Americans that the president understands their pain and is trying to help.”

Washington Post: “Leaders have taken works as seemingly innocuous as the popular children’s picture book In the Night Kitchen by Maurice Sendak off the shelves, closed library board meetings to the public and named Wallace the vice chair of a new library board stacked with conservative appointees — some of whom did not even have library cards.”

“A movement that started in schools has rapidly expanded to public libraries, accounting for 37 percent of book challenges last year, according to the American Library Association. Conservative activists in several states, including Texas, Montana and Louisiana have joined forces with like-minded officials to dissolve libraries’ governing bodies, rewrite or delete censorship protections, and remove books outside of official challenge procedures.”

“The European Union’s anti-fraud body has accused Marine Le Pen and several of her party members – including her father – of embezzling about €620,000 while serving as members of the European Parliament,” The Guardian reports.

Ronan Farrow: “The inside story of the world’s most notorious commercial spyware and the big tech companies waging war against it.”

New York City Mayor Eric Adams (D) “would not commit to making his tax returns public, breaking decades of custom with past mayors and executives throughout the country who willingly disclose their filings,” Politico reports.

Gizmodo: “As part of an ongoing project to make these once-confidential records accessible to the general public, Gizmodo is today—for the first time—publishing 28 of the documents previously exclusively shared with Congress and the media. We have undertaken this project to help better inform the public about Facebook’s role in a wide range of controversies, as well as to provide researchers with access to materials that we hope will advance general knowledge of social media’s role in modern history’s most troubling crises.”

“Less than two weeks after Donald Trump’s mob attacked the Capitol, the results of a poll commissioned by Facebook itself showed what already felt anecdotally true to many: That a majority of Americans believed Facebook at least partly responsible for the events of Jan. 6.”

“The documents will reveal to you, for instance, an internal analysis of the many groups that Facebook knew to be prolific sources of both voter suppression efforts and hate speech targeting its most marginalized users. The records show the company was privately aware of the growing fears among users of being exposed to election-related falsehoods. The papers show that Meta’s own data pinpointed the account of then-President Trump as being principally responsible for a surge in reports concerning violations of its violence and incitement rules.”