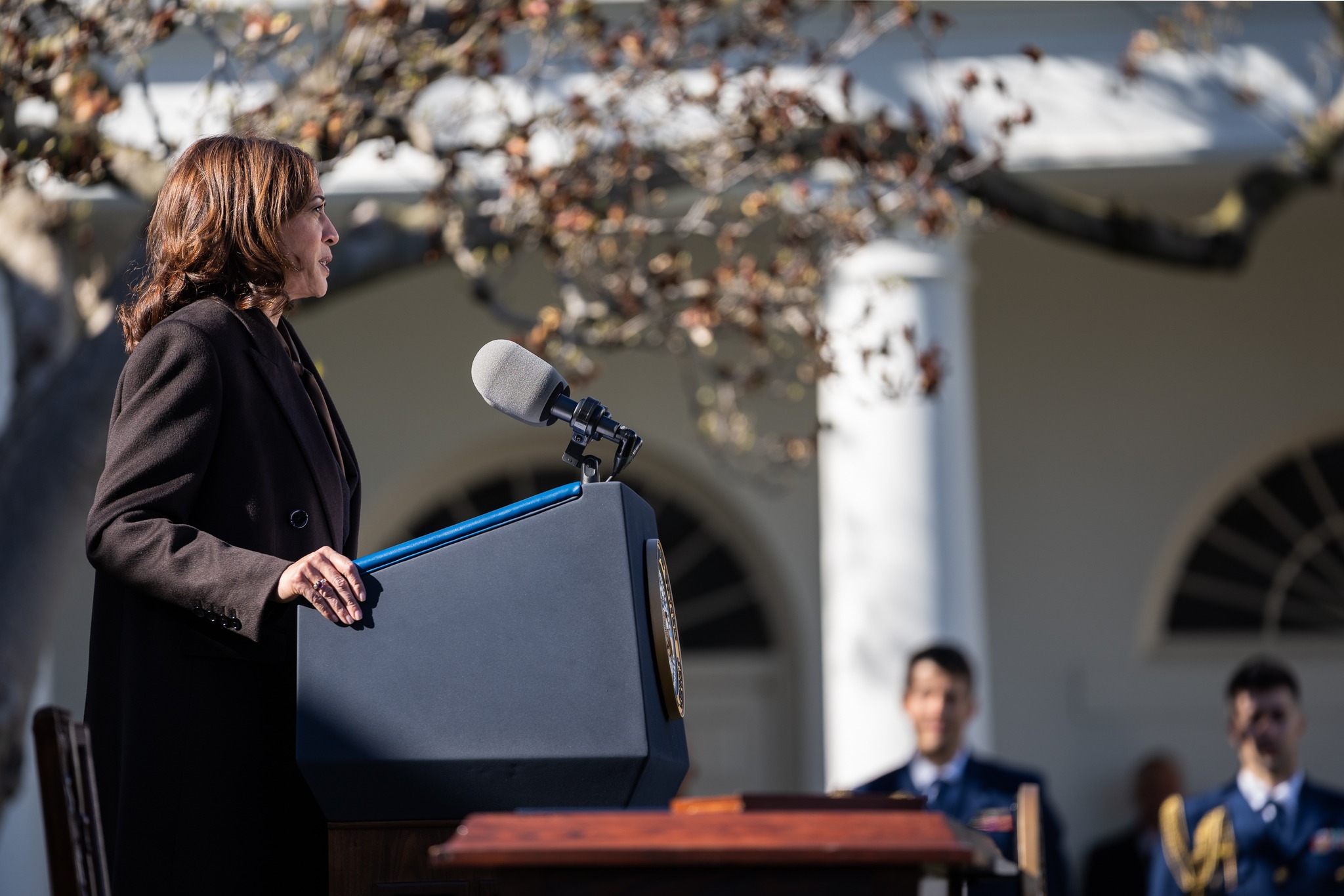 Washington Post: “With his endorsements of Oz, Senate candidate Ted Budd in North Carolina, gubernatorial hopeful David Perdue in Georgia and, on Friday, author and Senate candidate J.D. Vance in Ohio, Trump has leaped into the middle of several competitive primaries that could put his desired image as a kingmaker at risk.”

“In key contests, Trump’s statements have not cleared the field like they once did — and some advisers fear he has diluted his endorsements by backing hundreds of candidates, some for low-level positions, because of their willingness to support his false claims of a fraudulent election.”

The Guardian: Will Trump’s “reckless” endorsements be a referendum on his political power?

PENNSYLVANIA U.S. SENATOR. Franklin & Marshall has released a survey of each party’s May 17 Senate primary. For Democrats, Lt. Gov. John Fetterman leads Rep. Conor Lamb 41-17, with state Rep. Malcolm Kenyatta at just 4%. Kenyatta, for his part, has gone up with an ad to introduce himself to voters where he says, “They say we can’t win. I’m Black, I’m gay, I’m from a working class family in North Philadelphia.” Kenyatta continues by arguing naysayers are counting his supporters out and touting his progressive record.

F&M, meanwhile, has TV personality Mehmet Oz edging out former hedge fund manager David McCormick 16-15, with author Kathy Barnette at 7%: The poll, which was conducted March 30 through April 10, finished the day Trump endorsed Oz. Two state congressmen have also backed each of the frontrunners, with Glenn Thompson supporting McCormick as Lloyd Smucker jams it up with Oz.

OHIO U.S. SENATOR. Former president Donald Trump thinks Rep. Tim Ryan (D) will be a very strong candidate in Ohio’s U.S. Senate race and that J.D. Vance (R) is the only Republican likely to win, Axios reports. “Trump, who puts a ton of stock in debates, was impressed with Vance’s performances — and thought Mandel was embarrassing.”

“Trump was soured by clips of a near-physical debate altercation last month between Mandel and another rival, investment banker Mike Gibbons.”

“Campaigning for the Senate in Ohio in recent weeks, J.D. Vance (R) has ridiculed claims that advocates of a border-wall were ‘racist,’” CNN reports. “But in multiple appearances in 2016, he made a similar argument to the one he is currently ridiculing — including saying that Republican electoral strategy had been to antagonize Black voters and minorities for three decades.”

Associated Press: “The scene encapsulated Mandel’s campaign strategy as he competes in a crowded field of Republican contenders ahead of Ohio’s May 3 primary. He is a Jewish candidate who makes no secret of his faith, but who is centering his campaign around evangelical churches as he tries to win over religious, conservative voters.”

NBC reported Thursday that Trump had decided to back venture capitalist J.D. Vance in the May 3 GOP primary, and former state Treasurer Josh Mandel soon made an effort to halt the endorsement with a poll arguing that the Hillbilly Elegy author was a sure loser. Remington Research gave Mandel a 23-17 lead over businessman Mike Gibbons, with Vance in fifth with just 10%.

Mandel’s memo also argued that Vance “would still lose” even if he got Trump’s support, while his endorsement would secure victory for the former treasurer. Respondents, when asked how they’d react if Mandel got the Trump nod, gave him 33% of the vote, while Gibbons and state Sen. Matt Dolan were far back with 15% each. Remington also asked participants about a scenario where Vance got Trump’s backing and found Mandel still ahead with 19% as Vance, Dolan, and Gibbons deadlocked with 15% apiece.

Rep. Madison Cawthorn (R-NC) has raised $3.5 million this cycle overall but reports having just $115,000 in left in the bank, the New York Times reports.

“The campaign committee for Rep. Marjorie Taylor Greene (R-GA) reported its first-ever net loss on Friday, posting a $314,000 deficit over the first three months of 2022 while additionally revising previous contribution totals down by more than $100,000,” the Daily Beast reports.

Rep. Katie Porter (D-CA) raised another $3.1 million last quarter and now has a stunning $17.7 million on hand, Punchbowl News reports. It sure seems like she’s preparing for a run for higher office.

“A Mitch McConnell-aligned super PAC is booking $141 million in fall advertisements to help turn the Senate red, a staggering sum that sets the stage for a vicious battle over the chamber’s control,” Politico reports.

“The GOP-controlled Senate Leadership Fund is reserving eight-figure ad flights starting in September to protect Republican seats in North Carolina, Pennsylvania and Wisconsin as well as to take Democratic-held seats in Arizona, Georgia and Nevada.”

Amy Walter: “At the end of the month, most of the attention will be focused on Trump’s record of success in these intra-party contests. Much will be made about his continuing, or waning, influence on the party based on those results.”

“But just looking at the scorecard misses the bigger picture. These primary fights aren’t between the ‘pro-Trump’ wing versus the ‘anti-or Never-Trump’ wing of the GOP. Candidates are not debating whether the GOP should continue to associate with or make a clean break from Trumpism. GOP candidates are not debating the future identity or ideology in the post-Trump era. Instead, these primary contests have only helped to illuminate that in both style and substance, the current GOP remains Trump’s party.”

“The best way to see that the party remains fixed in the Trumpian mold is to, well, see it. In hundreds of TV ads, GOP candidates and outside groups that support them, are highlighting their commitment to Trump’s policies and persona.”

Mona Charen: “Not only does the ranked-choice system disempower party extremists, it also discourages candidates from savage personal attacks, the persistence of which arguably keeps some fine people out of politics altogether. Candidates are less likely to attack one another if they hope to be the second choice of the other person’s voters.”

“The two-party system has not proven to be a solid foundation for democracy. Time to disarm the crazies.”

Oregon congressional candidate Carrick Flynn (D), who has already received nearly $6 million in independent support from political action committees outside the state, is being called a “phantom candidate” by his five other rivals in the race, the Salem Statesman Journal reports.

Flynn has voted just twice in Oregon since the turn of the century and has been largely absent from campaign events other candidates have attended.

“Candidates in key midterm primaries are getting huge cash boosts from wealthy out-of-state donors — funneled through groups that can raise and spend unlimited sums for them,” Axios reports.

“The massive out-of-state spending shows the degree to which high-profile congressional races have been nationalized. It precedes major Senate primaries, including Ohio’s on May 3 and Pennsylvania’s on May 17.”

“It will be very hard to govern for Republicans if we’re under 230, knowing that we’ve got the Marjorie Taylor Greene element that’s really not a part of a governing majority.” – Rep. Fred Upton (R-MI), on Meet the Press, predicting Republicans will win control of the House in the midterm elections.

ARIZONA U.S. SENATOR and GOVERNOR. The Republican firm OH Predictive Insights, which did not identify a client, takes a new look at the state’s two most prominent August GOP primaries. First are the Senate numbers, with the firm’s January numbers in parenthesis; note that the earlier numbers used a registered voter model, while this survey samples likely voters:

Lamon’s team has also released a new internal from Remington Research Group that argues he’s actually in the lead with 32%, while Brnovich is in second with 20%.

Next up are OH’s gubernatorial numbers, which also find a big shift from January for second place even as the overall leader remains the same:

OKLAHOMA GOVERNOR. Gov. Kevin Stitt earned a not-tweet endorsement from Donald Trump last month back before the June primary was anywhere as close to as expensive as it is now, and Trump will be giving the incumbent a larger boost by headlining a fundraiser for him.

RHODE ISLAND 2ND CD. While Democratic Lt. Gov. Sabina Matos didn’t rule out running for Congress back in January, she announced this week that she’ll be campaigning to keep her current post.

OHIO 13TH CD. Attorney Shay Hawkins is running a 15-second TV ad ahead of the May 3 GOP primary that plays up his bona fides as an “America First Conservative,” claiming he worked to pass Trump’s tax cuts and will fight for “stronger borders” if elected.