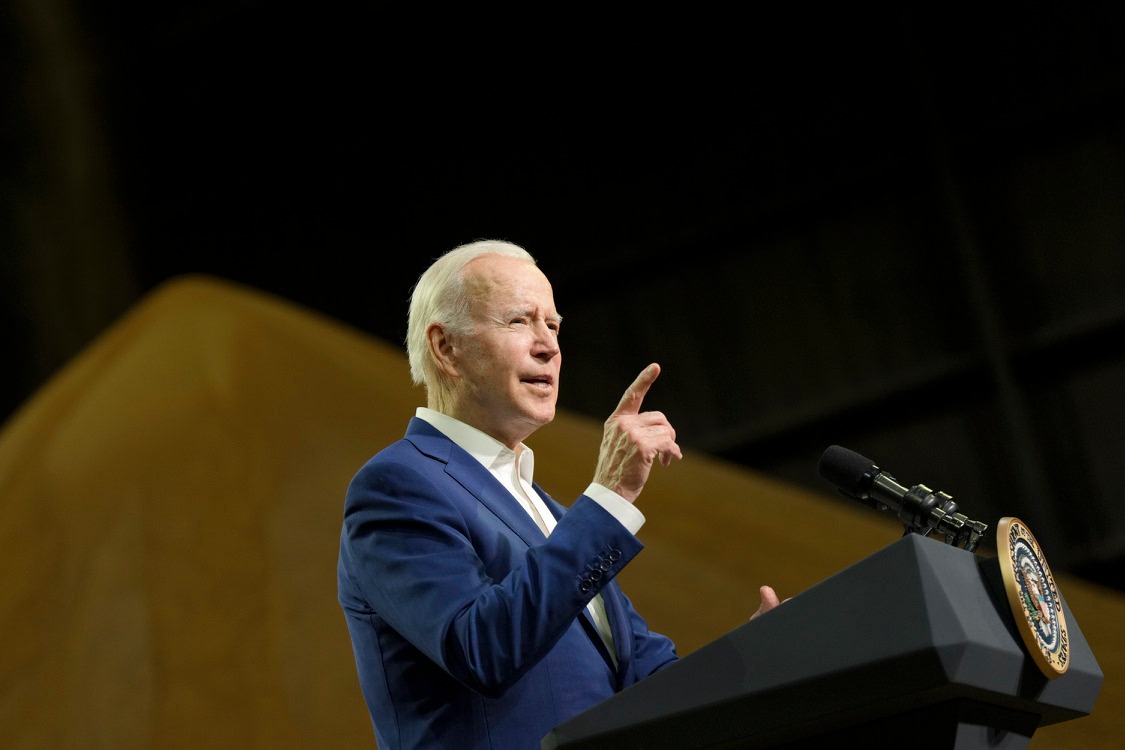 “Nearly two months into Vladimir Putin’s brutal assault on Ukraine, the Biden administration and its European allies have begun planning for a far different world, in which they no longer try to coexist and cooperate with Russia, but actively seek to isolate and weaken it as a matter of long-term strategy,” the Washington Post reports.

“At NATO and the European Union, and at the State Department, the Pentagon and allied ministries, blueprints are being drawn up to enshrine new policies across virtually every aspect of the West’s posture toward Moscow, from defense and finance to trade and international diplomacy.”

“Russian Maj. Gen. Vladimir Frolov of the 8th Army died in battle in Ukraine and was buried in Russia on Saturday, according to a statement from the governor of St. Petersburg,” the Washington Post reports.

New York Times: “Despite claims by Russia that an accidental fire broke out on the ship, U.S. officials confirmed on Friday that two Ukrainian Neptune missiles had struck the vessel, killing an unknown number of sailors and sending it and its arsenal to the bottom of the Black Sea.”

“The sinking of the Moskva on Thursday was a grave blow to the Russian fleet and a dramatic demonstration of the current era of warfare in which missiles fired from shore can destroy even the biggest, most powerful ships. It was also the most significant combat loss for any navy since 1982, when Argentina’s Air Force sank a British guided missile destroyer and other ships during the Falklands War.”

“The port city of Mariupol was on the cusp of falling on Sunday, a significant advance for Russian forces in their bid to capture Ukraine’s southeastern coast, though one that required nearly two months of bloody warfare and came at a staggering cost to Ukrainian civilians,” the New York Times reports.

“Russia said on Saturday that its forces had surrounded a remaining group of Ukrainian fighters who were holed up in a Mariupol steel plant.”

“Several million workers who dropped out of the U.S. workforce during the Covid-19 pandemic plan to stay out indefinitely because of persistent illness fears or physical impairments, potentially exacerbating the labor shortage for years,” the Wall Street Journal reports.

“About three million workforce dropouts say they don’t plan to return to pre-Covid activities—whether that includes going to work, shopping in person or dining out—even after the pandemic ends, according to a monthly survey conducted over the past year by a team of researchers. The workforce dropouts tend to be women, lack a college degree and have worked in low-paying fields.”

New York Times: “The opinions poured in, 280 characters at a time, as to whether it was good or bad that Elon Musk had offered to buy Twitter for more than $40 billion and take it private.”

“A person’s politics typically dictated how they felt: Conservatives cheered it as victory for free speech. Liberals fretted that misinformation would spread rampantly if Mr. Musk followed through with his plan to dismantle how the social network monitors content.”

“But what no one seemed to be able to say with any certainty was what kind of political philosophy the enigmatic billionaire believes himself.”

“That’s because Mr. Musk, 50, who was born in South Africa and only became an American citizen in 2002, expresses views that don’t fit neatly into this county’s binary, left-right political framework.”

“The Florida Department of Education announced it has rejected dozens of math textbooks submitted by publishers for schools, saying they “contained prohibited topics” including critical race theory,” Axios reports.

Key statistic: 54 out of 132 math books (41%) recently submitted for review in the state were found to be “impermissible with either Florida’s new standards or contained prohibited topics.”

Politico: “The swing to Greenville is part of an under noticed strategy for the VP’s office, one in which she’s homed her focus on the ways in which administration policy is intersecting with overlooked communities. It’s brought her to other far-off, non-traditional locales, including a recent swing to Sunset, Louisiana, a rural town of fewer than 3,000 people, to tout the administration’s work expanding rural broadband. And it’s manifested itself in the ways in which she’s approached some of the White House’s big-ticket items.”

The State: “Biden and Graham were once as chummy as two Washington politicians with legal backgrounds from opposing political parties and different regions could be until partisan politics pulled them apart. They bonded over their devotion to family and mutual interest in foreign policy in the hallways of the Senate and during congressional delegation trips abroad.”

“Biden once pledged to help Graham when his Senate buddy was up for reelection. Graham later called Biden “as good a man as God ever created.”

“Close friends and allies of Graham and Biden say that it will take sustained effort to repair what has devolved into a contentious relationship that has been laden with public insults.”

New York Times: “Working from a large wooden desk reminiscent of the one he used in the Oval Office, Mr. Trump has transformed Mar-a-Lago’s old bridal suite into a shadow G.O.P. headquarters, amassing more than $120 million — a war chest more than double that of the Republican National Committee itself. Federal records show that his PAC raised more online than the party on every day but two in the last six months of 2021, one of which was Christmas Eve.”

“And while other past presidents have ceded the political stage, Mr. Trump has done the opposite, aggressively pursuing an agenda of vengeance against Republicans who have wronged him, endorsing more than 140 candidates nationwide and turning the 2022 primaries into a stress test of his continued sway.”

“Inspiring fear, hoarding cash, doling out favors and seeking to crush rivals, Mr. Trump is behaving not merely as a power broker but as something closer to the head of a 19th-century political machine.”

“Among the top targets: Ohio and North Carolina, where multiple Supreme Court seats are on the ballot and justices have tossed out maps that favored Republicans.”

“Pope Francis on Sunday called for peace in Ukraine, warning that the conflict could lead to nuclear war,” the Wall Street Journal reports.  “He also continued his practice since the start of the war of lamenting the effects of the invasion on Ukraine without naming Russia as the aggressor.”

Prime Minister Boris Johnson and other senior British politicians have been banned from entering Russia in response to what the Russian government said was the United Kingdom’s “unprecedented hostile actions” over the war in Ukraine, the Washington Post reports.