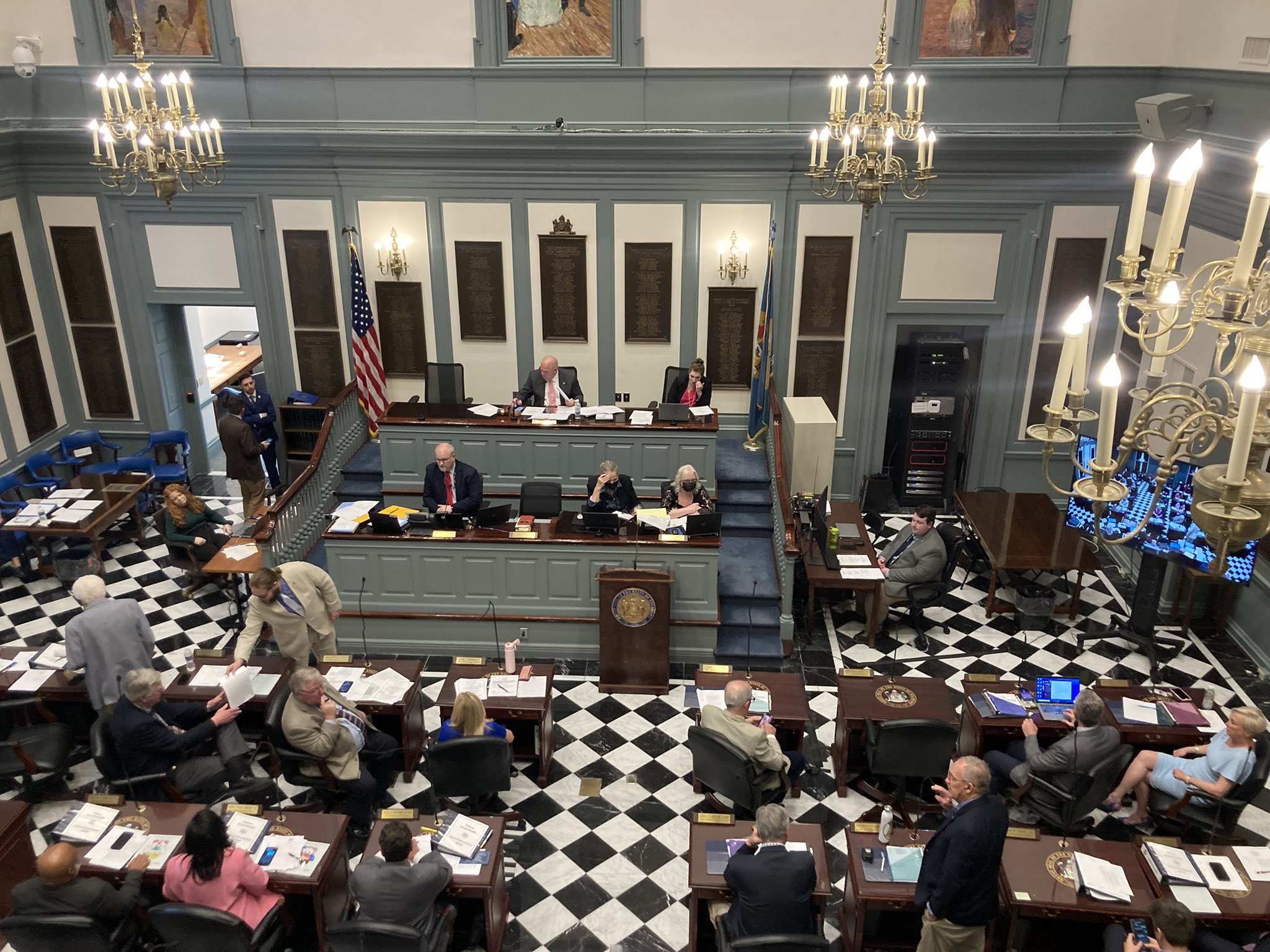 The bill had to head back to the Senate because the House amended the bill, so the Senate had to now pass the amended bill again. I was expecting the vote to come next week, but in a manner showing us all how fast the General Assembly can move when they want to (and not just on June 30), it would seem that Senator Sarah McBride herself snatched the bill off Speaker Schwartzkopf’s desk and ran full speed over to the Senate to get it passed immediately, by a 14-7 vote again. So the bill is now on its way to Governor Carney’s desk, and he will sign it.

The amendment requiring such a sprint seems to exempt any business that is seasonal, or closed down in its entirety for 30 consecutive days or more per year.

Further, the amendment also adds the requirement that, before July 1, 2029, the Department submit a report the General Assembly and the Governor on the family and medical leave insurance program, including factors such as information and data on program usage, program efficiency, and recommendations for program improvements.

The Healthy Delaware Families Act would provide eligible full-time workers in Delaware with up to 12 weeks of paid parental leave a year, and up to six weeks of paid family caregiving leave, paid medical leave or paid military leave every two years once fully implemented.

Workers forced to take extended time off from work due to a major family or medical event would be able to earn up to 80% of their average weekly wages through the state insurance program created by the bill.

The federal Family and Medical Leave Act currently provides some workers with job protections when they need extended absences of work for medical and family reasons. But workers are not guaranteed any pay during those 12 weeks, and a significant portion of Delaware’s workforce receives no protections at all under the law.

Fewer than one in five workers nationwide has access to paid family leave through their employer – a lack of financial security that costs working families in the United States about $22.5 billion in lost wages each year. In Delaware, nearly 60% of workers do not have access to even unpaid leave under the federal Family and Medical Leave Act.

The Healthy Delaware Families Act would provide an affordable solution to alleviate those financial pressures and unlock the economic potential of Delaware’s working families.

The bill would create a family and medical trust fund in Delaware modeled after similar programs already passed in nine other states and the District of Columbia. The program would be funded through payroll contributions, totaling less than 1% of an employee’s weekly pay and split evenly between a worker and their employer.

“Delaware set the example by becoming one of the first states to establish paid parental leave for state employees and teachers. Now, Delaware has done the right thing for thousands of private workers and ensured they have access to paid family and medical leave,” said Rep. Debra Heffernan, the bill’s lead House sponsor.

“Workers who have access to paid leave are happier, healthier, more productive and more likely to remain at their jobs. Our parental leave program has been an undeniable success, improving the health and wellbeing of families while boosting state employee recruitment and retention. I’m grateful to my colleagues – especially Sen. Sarah McBride for her leadership – and all the advocates who pushed for this to become a reality.”

“I want to thank my colleagues in the House for voting today to make sure thousands of working families in Delaware never again are forced to choose between earning a paycheck and welcoming a newborn or providing care to a family member fighting for their life,” said Sen. Sarah McBride, the prime sponsor of The Healthy Delaware Families Act. “The amendment added to Senate Bill 1 in the House is a result of the same thoughtful discussion and negotiation that has occurred throughout our state since Rep. Debra Heffernan and I first brought this landmark legislation forward almost one year ago. I look forward to quickly passing the amended version in the Senate and getting this critical employment benefit to Governor John Carney for his signature.”

“This is a historic day for Delaware and a watershed moment for working families throughout the First State. Thousands of families throughout our state are now one signature away from having the security and peace of mind that comes from knowing they will be able to keep food on the table and a roof over their heads even as they face some of the most common challenges that we all face as human beings. This major step forward would not have been possible without the hard work and persistence of advocates, business leaders willing to come to the table, statewide leaders and a bi-partisan coalition of legislators, and the overwhelming support of Delawareans.”

The Delaware Cares Coalition, a group of over 50 health, labor, faith, business, and community organizations committed to passing paid leave in the First State heralded the vote as a groundbreaking victory for Delaware working families:

“The Healthy Delaware Families Act is a once-in-a-generation achievement that will uplift the lives of Delaware families for years to come. ” said Liz Richards, Director of the Delaware Cares Coalition for Paid Leave. “Hundreds of thousands of Delawareans without paid leave who have been forced to make impossible choices between their job and their family can know that help is on the way. Today’s vote is a decisive victory that will strengthen Delaware and make our families and our economy more resilient to the challenges of a changing world.”

Today’s vote follows a two year advocacy campaign by individuals and organizations across Delaware pushing to pass paid family and medical leave. After its initial introduction in May of 2021, this year’s substitute legislation earned the support of advocates, business organizations, major health institutions like Christiana Care and Nemours, and Governor John Carney, who praised the bill as “the right thing to do” and instrumental to making Delaware “more attractive to younger workers” in his 2022 State of the State. The Governor is expected to sign the legislation.

“The Delaware Cares Coalition would like to thank the members of the General Assembly who voted to make Delaware the 11th state to pass paid family and medical leave today, particularly our prime sponsors Representative Debra Heffernan, House Majority Leader Valerie Longhurst, Senate Majority Leader Bryan Townsend and Senator Sarah McBride, without whom today would not be possible,” added Richards. “We are grateful to Governor Carney for his leadership on Senate Bill 1 and look forward to paid family and medical leave being enshrined as the law of the land with his signature.

“Finally, this victory belongs most to the individuals and advocates impacted by this legislation, who in many cases have turned heartache into purpose in getting this bill over the finish line. Their willingness to tell their stories, contact their legislators and raise their voices is what has brought us here today. Paid family and medical leave is finally coming to Delaware.”