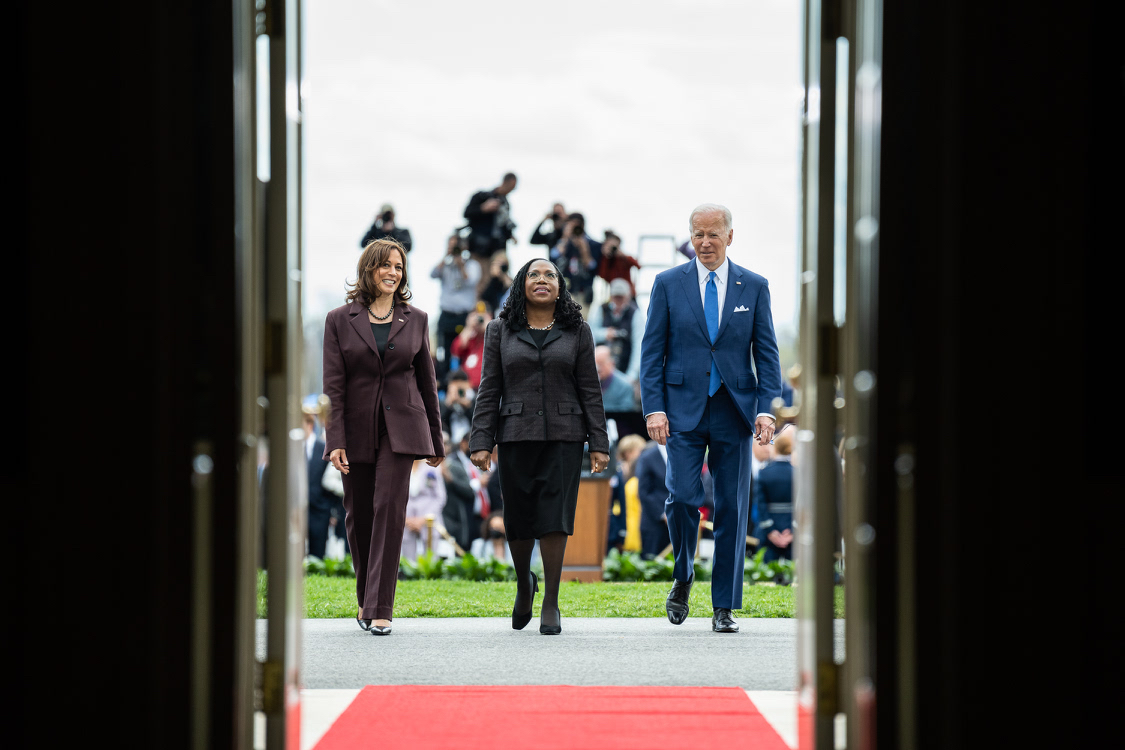 President Vladimir Putin said peace talks with Ukraine are “at a dead end” and vowed to continue Russia’s invasion as Kyiv accused Moscow of sabotaging the negotiations, Bloomberg reports. He also insisted that Russia’s almost seven-week offensive is going “according to plan.”

“A ‘Stalinist’ mass purge of Russian secret intelligence is under way after more than 100 agents were removed from their jobs and the head of the department responsible for Ukraine was sent to prison,” the Times of London reports.

“With Ukrainian President Volodymyr Zelensky telling compatriots to brace for a fateful week, Western military officials warned Monday that Russian forces would likely resort to even more brutal tactics against civilians in a looming offensive in the country’s south and east,” the Los Angeles Times reports.

“Nearly seven weeks into the war, Russian forces, whose campaign has been marked by strategic stumbles, appeared poised to achieve a major objective: capturing the port city of Mariupol.”

Insider: U.K. intelligence warned that Russia may soon use phosphorus munitions in Mariupol.

“Defense Department press secretary John Kirby said the Pentagon was closely monitoring reports Monday evening of a possible Russian chemical weapons attack on the besieged Ukrainian city of Mariupol,” CNBC reports.  “If Russia were found to have used chemical weapons in the strategic holdout city, it would represent a major escalation of the conflict and present a direct challenge to NATO to act.”

Washington Post: “At issue is a broader quandary that will occupy historians for years: How could Russia — a country with such deep familial, cultural and historic ties to its western neighbor — get Ukraine so wrong?”

“Officials in the United States and Europe are piecing together the answer to that question. What emerges, those officials say, is a picture of a hubristic and isolated leader, beset by biases and skewed information, pressing forward with a calamitous decision without consulting his full cohort of advisers.”

Will Saletan: “Vladimir Putin’s central objective in Europe isn’t to capture Kyiv, the Donbas, or any other part of Ukraine. It’s to weaken the North Atlantic Treaty Organization, which protects most of the continent against him. And in that longstanding campaign, Putin scored two significant victories this week.”

“One was in France, where Marine Le Pen, a Putin sympathizer, finished a close second to Emmanuel Macron in Sunday’s French presidential election…”

“The other victory was in the United States, where 63 House Republicans, nearly a third of the GOP conference, voted against a resolution of support for NATO.”

“The House vote, taken on April 5, is a warning sign. Putin may be losing ground in Ukraine, but he’s gaining ground in the U.S. Congress. Three years ago, 22 House Republicans voted against pro-NATO legislation. That number has nearly tripled.”

“The Biden administration is poised to dramatically expand the scope of weapons it’s providing Ukraine, U.S. officials said Tuesday, with the Pentagon looking to send Mi-17 helicopters that can be equipped to attack Russian vehicles, armored Humvees and a range of other arms,” the Washington Post reports.

“The new aid package could be worth $750 million.”

Inflation soared to 8.5% last month in the United States, the biggest spike since December 1981, CNBC reports.

Neil Irwin: “Services excluding energy services up 0.6%, and has accelerated each of the last three months. Even if durable goods and energy prices stabilize, that suggests real broadening of underlying inflation.”

Ben Casselman: “Soaring gas prices were a big part of the story in March, but even excluding food and energy, prices were up 6.5% from a year earlier.”

Washington Post: “The White House’s attempts to deflect blame may prove insufficient politically. As recently as this fall, senior Democrats were still expressing cautious optimism that inflation could fade from the national discourse by the 2022 midterm elections and in time for the party to recover its footing. That optimism is fading.”

Said economist Mark Zandi: “I think the economic backdrop is as dark as it has been since the start of the administration. It’s just a very, very dark and deep problem… There’s nothing more pernicious on the collective psyche than having to pay more. And it’s only set to get worse.”

“The White House plans to roll out new policies Tuesday aimed at curbing gas prices as it braces for a crushing new report that will show inflationary pressures on millions of Americans have intensified this year,” the Washington Post reports.

“President Biden will announce plans for the Environmental Protection Agency to allow a blended form of gasoline that uses ethanol, known as E15, to be sold this summer — a measure long resisted by some energy and environmental groups that could help deliver short-term relief at the pump.”

Wall Street Journal: “Allowing fuels with a higher ethanol content will lessen reliance on oil and give drivers more options, senior administration officials said, adding that it could save drivers 10 cents a gallon off current prices.”

Said Manchin: “The Federal Reserve and the Administration failed to act fast enough.. Instead of acting boldly, our elected leaders and the Federal Reserve continue to respond with half-measures and rhetorical failures searching for where to lay the blame.”

“China’s largest Covid-19 outbreak in two years continues to spread despite an extended lockdown of Shanghai’s 25 million people, with the restrictions weighing on a fragile economy and straining global supply chains,” Bloomberg reports.

“There were 26,087 new daily infections reported in the Chinese financial hub Sunday, an all-time high. Residents have been locked down for weeks now, with frustration building among the population as they struggle to get access to food and medical care.”

The U.S. has ordered non-emergency government staff to leave Shanghai, which is under a tight lockdown to contain a Covid-19 surge, NPR reports.

Tucker Carlson told a group of churchgoers he is not vaccinated against the coronavirus, the Voice of San Diego reports. And he mocked getting a second booster: “I skipped the first three, I’m not getting that one either.”

Oklahoma Gov. Kevin Stitt (R) on Tuesday will sign a bill into law that makes performing an abortion illegal in the state, with an exception only in the case of a medical emergency, CNN reports.

“There appears to be real momentum moving toward ratification of the biggest climate change-related treaty in Senate history,” Politico reports. “Known as the Kigali amendment, it would see the global phaseout of a hyper potent type of greenhouse gas, known as hydrofluorocarbons (HFCs).”

The South Dakota House of Representatives voted to impeach Attorney General Jason Ravnsborg (R), who ran over and killed a pedestrian on a highway in September 2020, the Sioux Falls Argus Leader reports.

Ravnsborg will at least temporarily be removed from office pending the historic Senate trial, where it takes a two-thirds majority to convict on impeachment charges.

The Sioux Falls Argus Leader notes that Ravnsborg broke months of silence on the issue by releasing a letter accusing Gov. Kristi Noem (R) “of interfering in the investigation for political gain, slamming the governor and accusing her of calling for his impeachment because of investigations into her behavior.”

A jury in Washington, DC found an ex-Virginia police officer guilty on all six charges he faced for his actions around the US Capitol attack on January 6, 2021, CNN reports.

Politico: “The result was a boost for the Justice Department, which has now won both Jan. 6-related jury trials that have been completed to date.”

“An attorney for a man who took a coat rack and a bottle of liquor during the U.S. Capitol attack argued to a jury on Tuesday that former President Donald Trump ‘authorized’ the Jan. 6 assault on the building by convincing ‘vulnerable’ people like his client that the election was stolen,” NBC News reports.

Sen. Maggie Hassan (D-NH) is calling on the Biden administration to keep a Trump-era immigration rule that limits migrants and asylum-seekers, WMUR reports.

Shane Goldmacher: “Hassan’s office putting out photos of her at the border with border agents tells you a lot about the issue and the environment.”

“California is trying to become the first state in the nation to make a four-day workweek a state law,” USA Today reports.  “The state introduced a bill that would make the official workweek 32 hours and no longer 40 hours for companies with 500 employees or more, giving higher raises and time-and-a-half pay to any worker who surpasses that cutoff.”

British Prime Minister Boris Johnson “was told on Tuesday that he would receive a fine for breaking lockdown rules at Downing Street, making him the first holder of his office to be found breaking the law in living memory,” the New York Times reports.

Two men were caught trying to vote more than once as the votes in the Republican primary race for Salt Lake County clerk were being counted at the Salt Lake County GOP Convention on Saturday.

Their attempt at stuffing the ballot boxes came after the county GOP chair claimed during the same meeting that paper ballots for the primary election would be “safest.” “But look—we fixed it, right?” the chair responded when asked about the clear self-own.

“A travel mug given as a gift by the Chinese embassy in Israel to an Israeli minister was found to contain a component suspected to be a possible spying device,” the Times of Israel reports.

Former Secretary of State Mike Pompeo has a book coming out this fall that covers his years in the Trump administration and, according to his publisher, offers “unvarnished appraisals of the deals made and characters encountered along the way,” the AP reports.

“The indictment, the result of an investigation by the F.B.I. and the U.S. attorney for the Southern District of New York, accused Mr. Benjamin of conspiring to direct state funds to a Harlem real estate investor in exchange for orchestrating thousands of dollars in illegal campaign contributions to Mr. Benjamin’s unsuccessful 2021 campaign for New York City comptroller.”

“In Austin last year, the police recorded 160 episodes of drivers pointing or firing a gun; this year, there have been 15 road rage shootings, with three people struck. (Two others were stabbed in altercations stemming from road rage.)”

“The prevalence of such violence, not just in Texas but around the country, suggests a cultural commonality, an extreme example of deteriorating behavior that has also flared on airplanes and in stores. It is as if the pandemic and the nation’s sour mood have left people forgetting how to act in public at the same time as they were buying millions more weapons.”

The Economist: “Continental America’s southernmost state was once a peripheral destination for a few tourists and sun-seekers. Today it is crucial to the country’s future. Whereas America’s population growth has slowed sharply, Florida’s has boomed. Between 2010 and 2020 the state’s population grew by 15%, twice the national rate. Florida has overtaken New York as America’s third-most-populous state (after California and Texas).”

“Some 22m people now call it home, and another 7m people are expected to do so by 2040. From 1940 to 2020, Florida’s population increased 11-fold. It leads the country in domestic migration and, six years ago, overtook California to become the top destination for foreigners moving to America.”