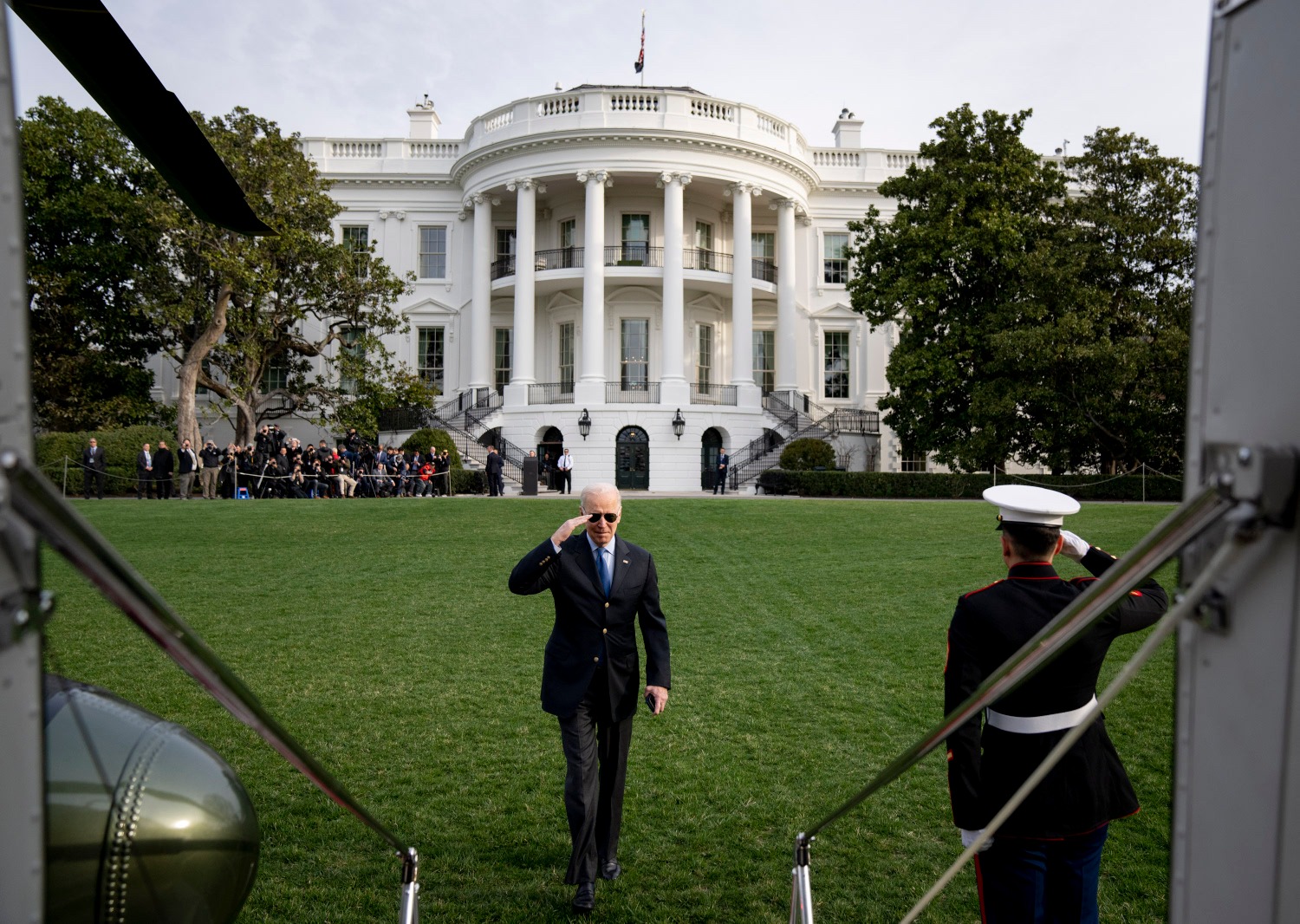 Former President Trump made a surprise endorsement of Mehmet Oz, better known as Dr. Oz, in the closely watched race for the Republican nomination in the U.S. Senate race in Pennsylvania, Axios reports.

Trump said Oz has the best chance of winning the general election: “He has lived with us through the screen and has always been popular, respected, and smart… Women, in particular, are drawn to Dr. Oz for his advice and counsel.”

“For Salt Lake County Republicans, warnings of voter fraud came from inside the party on Saturday,” the Salt Lake Tribune reports,

“The vote to nominate a GOP candidate for Salt Lake County Clerk was marred when a pair of delegates were caught attempting to vote more than once, with one extra vote making it into a ballot box at Saturday’s county nominating convention.”

“Saturday’s attempted ballot box stuffing at the Republican convention was more election fraud than has been proven in Utah’s entire 2020 election.”

“A legal effort to disqualify from re-election lawmakers who participated in events surrounding the Jan. 6, 2021, attack on the Capitol expanded on Thursday, when a cluster of voters and a progressive group filed suit against three elected officials in Arizona to bar them under the 14th Amendment from running again,” the New York Times reports.

“It was unclear whether the challenges would go anywhere; an initial skirmish failed to block Rep. Madison Cawthorn’s candidacy in North Carolina. But they were the latest bids to find a way to punish members of Congress who have encouraged or made common cause with those who stormed the Capitol on Jan. 6.”

“The spectacle created by Republican senators with presidential ambitions as they browbeat the first Black woman nominated to the Supreme Court — after which 47 Republicans voted against her on Thursday — might have seemed like glaring evidence that the G.O.P. had written off the Black vote this November,” the New York Times reports.

“Far from it. In rising inflation, stratospheric gas prices, lingering frustrations over Covid and new anxieties over the war in Ukraine, Republicans see a fresh opening, after the Obama and Trump eras, to peel away some Black voters who polls show are increasingly disenchanted with the Biden administration.”

“Florida Gov. Ron DeSantis has raised more than $100 million for his reelection effort, the first gubernatorial candidate in the Sunshine State — and perhaps the entire country — to reach the nine-figure milestone solely through donations,” CNN reports.

“The staggering sum not only gives DeSantis an unprecedented leg up on the Democrats attempting to unseat him this November, it also sends an indisputable message to the potential field of 2024 Republican presidential hopefuls that there is already a promising contender with deep support from major donors and grassroots voters alike.”

“Speaker Nancy Pelosi raised $45.7 million for Democrats in the first quarter of this year, the largest fundraising haul we’ve seen so far. That includes $38 million directly to the DCCC,” Punchbowl News reports.  “Through this entire cycle to date, Pelosi has raised a massive $192 million.”

Amy Walter: “Two of the most widely discussed (and most high-profile) are the upcoming Jan. 6th Commission hearings in Congress and the decision later this summer by SCOTUS on the future of Roe v. Wade.”

“The question isn’t just whether the nation’s highest court will overturn the 50-year old abortion rights law, or whether the commission will reveal new and explosive information about the events leading up to and culminating in the attack on the U.S. Capitol, but whether these events will have a notable impact on the 2022 midterms. More precisely, will those two events have the effect of engaging a Democratic base that is clearly less energized about this election than the GOP.”

MARYLAND ATTORNEY GENERAL. Former Judge Katie Curran O’Malley has picked up the support of former Sen. Barbara Mikulski, who served from 1987 until 2017, for the July Democratic primary for this open seat. Rep. Anthony Brown, meanwhile, has received endorsements from 32BJ SEIU, which represents property service workers, and 1199SEIU, which is for health care employees: Maryland Matters writes that these groups represent a total of 30,000 Marylanders.

LOS ANGELES MAYOR. The Los Angeles Times reports that billionaire developer Rick Caruso has already spent close to $7 million on TV advertising, as well as around $1 million more for digital ads, ahead of June’s nonpartisan primary, while none of his many rivals have aired their first TV spots yet. One of Caruso’s many spots touts him as someone who “won’t defund the police” but will instead ”invest in making L.A. safer with 1,500 new officers,” while another features a testimonial from former police chief Bill Bratton.

MISSOURI U.S. SENATOR. “Sheena Greitens, the ex-wife of U.S. Senate candidate Eric Greitens (R), says in a new court filing that she has documentation of the former governor’s alleged abuse, including photos of injuries to their child in 2019,” the Kansas City Star reports.

“The former Missouri first lady also said allegations of the former governor’s abusive behavior have been reported to multiple lawyers, therapists and their mediator, contradicting assertions by Eric Greitens that they weren’t disclosed in the past.”

Every single communication from a city agency, down to notices about cherry blossoms in bloom, must be approved by City Hall, Mayor Eric Adams has instructed administration staff — warning that anyone violating his “discipline of message” would be fired, Politico reports.

“So I think a lot of lessons have been learned. But there is a lot of good accomplishments to be putting up on the board. And the Democrats in office and out need to be doing a better job of making the case.”  — Hillary Clinton, quoted by NBC News.

“Many political consultants and many White Houses have an exaggerated view of the extent to which messaging can counteract reality. But if you look at what’s dominating people’s minds right now, it’s inflation. Survey after survey confirms that. And inflation is very much a product of direct experience and especially repeated direct experience.” — Former Clinton White House official Bill Galston, quoted by Politico.

NORTH CAROLINA 11TH CD. While state Sen. Chuck Edwards’ new spot avoids directly mentioning freshman incumbent Madison Cawthorn, the person he’s trying to unseat in next month’s GOP primary, there’s no question whom Edwards is comparing himself to when he says, “If you want a celebrity, go watch the Kardashians. But if you want a proven conservative that will fight and win, then I’m your man.”

NEVADA 4TH CD. Air Force veteran Sam Peters is spending $51,000 on his first ad for the June Republican primary, which touts his endorsements from Arizona Reps. Andy Biggs and Paul Gosar, two of the far-right’s loudest members of Congress. Peters, who is shown firing his gun at a target practice, is campaigning to take on Democratic Rep. Steven Horsford in a seat that Biden would have won 53-45.

OHIO 9TH CD. State Rep. Craig Riedel’s new ad for the May 3 Republican primary begins with him saying of the Democratic incumbent, “It’s not enough to just defeat Marcy Kaptur: Northwest Ohio needs a conservative congressman.” He continues, “I promise: I’ll join Ohio’s own Jim Jordan and other true conservatives in the House Freedom Caucus to fight for what we believe.”

SOUTH DAKOTA U.S. SENATOR. Candidate filing closed March 29 for South Dakota’s June 7 primaries, and we’ll be taking a look at the fields for any notable 2022 contests now that the Secretary of State’s office has had a week to receive “the official certification(s) from county central committees or state political parties”; you can find a list of contenders here. A runoff would be required on Aug. 16 in the races for U.S. Senate, U.S. House, and governor if no candidate wins at least 35% of the vote, but there aren’t enough contenders in any of those races to make this a possibility. Note also that the parties hold nominating conventions (typically later in June) instead of primaries for several offices, including attorney general.

Donald Trump used the last days of his time on Twitter to rant in late 2020 that Republican Sen. John Thune “will be primaried in 2022, political career over!!!” but the Senate minority whip’s political career seems like it will continue just fine. Only two little-known Republicans, Oglala Sioux tribal administrator Bruce Whalen and rancher Mark Mowry, ended up filing to take him on, despite Thune’s long dalliance with retirement, and there’s no indication that either poses a threat. Attorney Brian Bengs has the Democratic primary to himself in this very red state.

ALABAMA GOVERNOR. Former Ambassador to Slovenia Lindy Blanchard is running more ads ahead of the May 24 Republican primary arguing that Gov. Kay Ivey is insufficiently conservative. One spot focuses entirely on attacking the governor, including a clip of her saying last year, “It’s time to start blaming the unvaccinated folks, not the regular folks.” The other commercial tries to use the Big Lie against Ivey, with the narrator proclaiming, “Lindy believes the election was stolen from Trump. Kay Ivey thinks Biden’s victory was legitimate.”

Ivey, meanwhile, is running her own ads playing up her own far-right credentials. “The fake news, big tech, and blue state liberals stole the election from President Trump,” says the governor, “but here in Alabama, we are making sure that never happens. We have not, and will not, send absentee ballots to everyone and their brother.”

SOUTH DAKOTA GOVERNOR. Gov. Kristi Noem faces a Republican primary challenge from state Rep. Steve Haugaard, a former state House speaker who, believe it or not, is trying to run to the incumbent’s right. Noem, though, has a massive financial edge over the challenger, as well as Trump’s endorsement, and there’s no indication yet that she’s vulnerable. The winner will take on state House Minority Leader Jamie Smith, who faces no opposition in the Democratic primary.

NEW MEXICO GOVERNOR. Former Sandoval County Commissioner Jay Block uses his first spot for the June Republican primary to proclaim that he was “a day-one supporter of President Donald J. Trump,” who badly lost New Mexico twice. The ad goes on to tout Block’s conservative ideas, including his desire to “finish the border wall” and “block the COVID mandates,” though at times the narrator’s message almost gets drowned out by the commercial’s loud music.