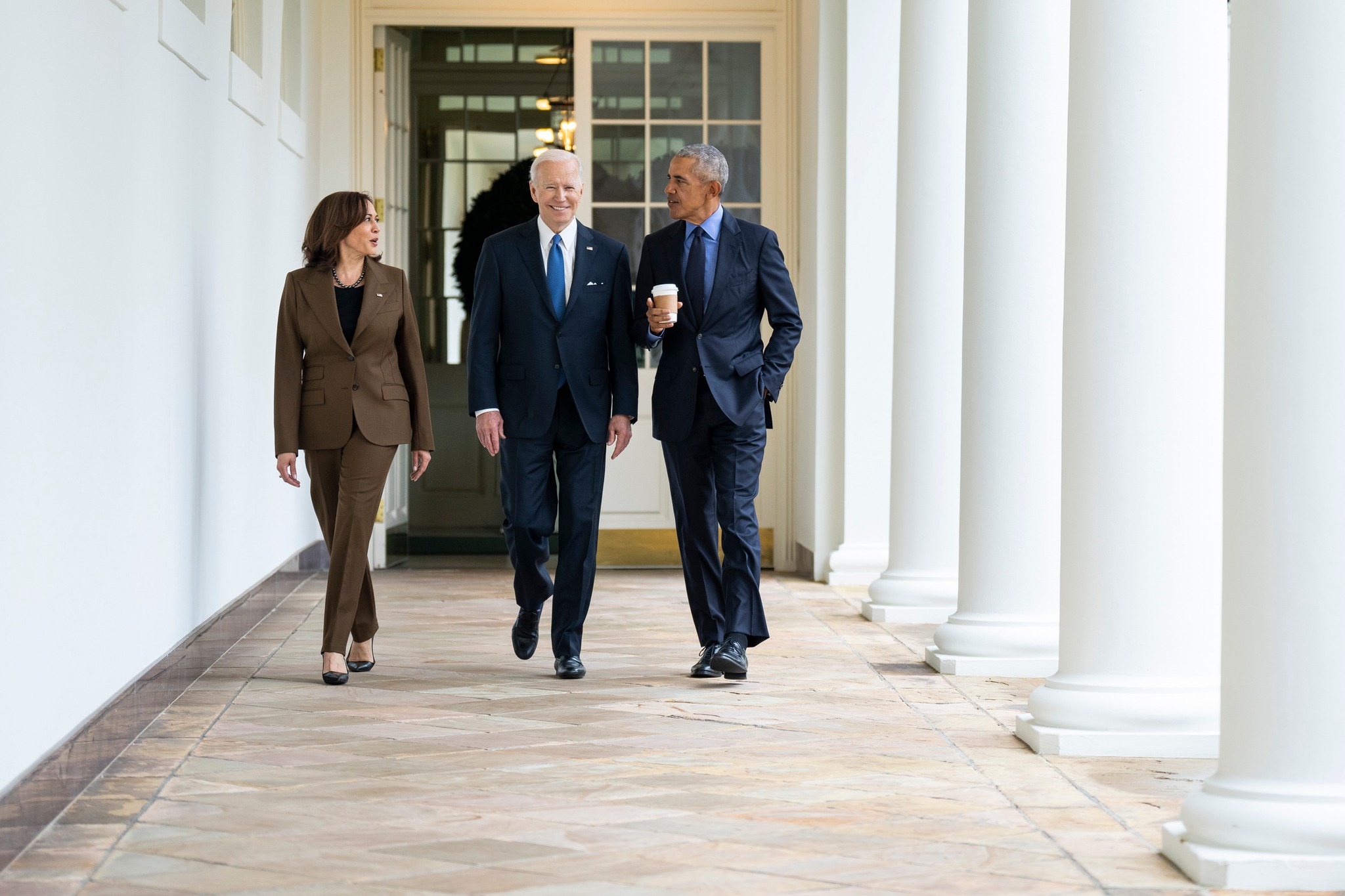 “Russian President Vladimir Putin may use the Biden administration’s support for Ukraine as a pretext to order a new campaign to interfere in American politics,” the AP reports.

“Intelligence agencies have so far not found any evidence that Putin has authorized measures like the ones Russia is believed to have undertaken in the 2016 and 2020 presidential elections in support of former President Donald Trump.”

“But given Putin’s antipathy toward the West and his repeated denunciations of Ukraine, officials believe he may see the U.S. backing of Ukraine’s resistance as a direct affront to him, giving him further incentive to target another U.S. election… It is not yet clear which candidates Russia might try to promote or what methods it might use.”

LOL. It won’t work this time. It is now assumed that the Republicans are Pution’s treasonous allies.

“Russia’s first external default in a century now looks all but inevitable after another brutal week for the country’s finances,” Bloomberg reports.

“First, the Treasury halted dollar debt payments from Russia’s accounts in U.S. banks, ramping up its restrictions on the country. Then, when an attempted hard-currency payment was blocked, Russia breached the terms on two bonds by paying investors rubles instead of dollars. That pushed the countdown clock a step closer to default.”

New York Magazine: Are the Russian sanctions working or not?

New York Times: “With President Vladimir Putin’s direct encouragement, Russians who support the war against Ukraine are starting to turn on the enemy within.”

“The episodes are not yet a mass phenomenon, but they illustrate the building paranoia and polarization in Russian society. Citizens are denouncing one another in an eerie echo of Stalin’s terror, spurred on by vicious official rhetoric from the state and enabled by far-reaching new laws that criminalize dissent.”

New York Times: “The weapons roar in like any rocket, but instead of exploding instantly, they eject up to two dozen mines that explode at intervals, parceling out death in the hours afterward.”

“Since the start of the invasion, Russia has made clear that it is willing to mete out violence and destruction to achieve its aims, often indiscriminately. It has launched cruise missiles, sent in tanks and fired mortars, artillery and rockets. Now it has also turned to something less ominous in appearance, but just as brutal.”

“Iranian President Ebrahim Raisi said on Saturday Tehran would not give up its right to develop its nuclear industry for peaceful purposes, and all parties involved in talks to revive the 2015 nuclear accord should respect this,” Reuters reports.

“Eleven months of indirect talks between Iran and the United States in Vienna have stalled as both sides say political decisions are required by Tehran and Washington to settle the remaining issues.”

“The Trump administration left office without providing the State Department with an accounting of the gifts former President Donald Trump, former Vice President Mike Pence and other White House officials received from foreign governments in 2020,” the New York Times reports.

“The department said that as a result, it could not fully account for the gifts officials received, the latest example to emerge in recent months of how the Trump administration’s flouting of laws and norms about the day-to-day operations of government now makes it harder to determine whether anything improper took place.”

“But some Florida Republicans are meanwhile accepting financial contributions from the old campaign committee of an ex-congressman who sent sexually explicit messages to underage boys working as congressional pages.”

“Former Republican Rep. Mark Foley, who resigned his West Palm Beach district seat over the 2006 messaging scandal, has made $118,250 in donations and sponsorship to the Republican Party of Palm Beach County since 2010 through his ex-campaign committee.”

A 26-year old Texas woman was arrested and charged with murder for having a self-induced “illegal abortion,” the McAllen Monitor reports. It begins.

“Ali Alexander, a prominent organizer of pro-Trump events after the 2020 election, has agreed to cooperate with the Justice Department’s investigation of the attack on the Capitol last year, the first high-profile political figure known to have offered assistance to the government’s newly expanded criminal inquiry,” the New York Times reports.

“In an indication that the inquiry could reach into the Trump administration and its allies in Congress, the subpoena also seeks information about members of the executive and legislative branches who were involved in the events or who may have helped to obstruct the certification of the 2020 election.”

Said Gibbons: “The top 20% of earners in the United States pay 82% of federal income tax — and, if you do the math, and 45% to 50% don’t pay any income tax, you can see the middle class is not really paying any kind of a fair share, depending on how you want to define it.”

“If Stacey Abrams is elected governor of Georgia, I just want to be honest, that will be a cold war between Florida and Georgia. I can’t have Castro to my south and Abrams to my north, that would be a disaster.”  — Florida Gov. Ron DeSantis (R), quoted by The Hill. Uh, Ron, a Castro has not been in power in Cuba for at least five years now. Get educated, you fascist.

“A Republican official in Virginia is being pushed to resign by the local GOP after a Facebook post was discovered in which he used the N-word and floated the idea of ‘lynching’ Secretary of Defense Lloyd Austin and other leaders in Washington, D.C.,” Newsweek reports. Typical Republican behavior.

Clark, New Jersey Mayor Sal Bonaccorso (R) is apologizing for racist and misogynist comments captured on secret recordings, saying in a video posted online that he is “embarrassed and ashamed,” NJ.com reports.   Bonaccorso’s apology follows denials that he had used racist language. He also claimed he knew nothing about the recordings and said he had many Black friends. Typical Republican behavior.

“Fighting all the previous variants was like putting out a forest fire, it can be done. But Omicron is like the wind. How do you stop the wind?” — Dr. Michael Osterholm, quoted by the Wall Street Journal, on China’s zero-Covid policy.

“Despite the availability of life-saving Covid-19 vaccines, so many people died in the second year of the pandemic in the U.S. that the nation’s life expectancy dropped for a second year in a row last year,” NPR reports.

Sen. Chris Coons (D-DE) told Firing Line that a Supreme Court nominee’s qualifications are no longer sufficient in determining whether they’ll win a senator’s vote, pointing to his own vote against Justice Neil Gorsuch’s nomination in 2017.

Said Coons: “That was the point at which I first voted against a nominee for the Supreme Court not based on his qualifications — eminently qualified, great temperament, good writer, strong record of service — but I disagreed with his philosophy.”

He added: “I will own that I’m a part of this problem.”

“One by one, Republicans eviscerated the work of the House committee investigating the Jan. 6, 2021, attack on the Capitol, each one bemoaning the fact that the chief congressional security officials had not been subpoenaed to examine that day’s security lapses. Not interviewing these key officials was proof, they suggested, that the committee was just out to score political points against Republicans,” the Washington Post reports.

“Finally, Rep. Jamie Raskin (D-Md.) shut down that line of debate on Wednesday with some information these Republicans did not seem to know.”

Said Raskin: “We have in fact interviewed precisely the people they set up as a test for the validity of our investigation.”

Sen. Chris Murphy (D-CT) “has tried to be patient with the White House,” Politico  reports.

“But the Democratic senator from Connecticut, who has dedicated much of his career since the Sandy Hook Elementary School massacre to fighting for passage of gun control laws, has had enough.”

“Murphy is leading a brigade of lawmakers and advocates pressing Biden to take unilateral action on guns.”

Washington Post: “The Biden White House is struggling to reshape an executive order on police accountability three months after a leaked draft drew sharp opposition from law enforcement groups, putting the initiative at risk at a time when violent crime is rising and civil rights groups have expressed frustration over the pace of reform.”

“Police organizations said they remain in talks with Biden’s domestic policy adviser, Susan Rice, and other senior aides. But nearly two years after the police killings of George Floyd, Breonna Taylor and others sparked nationwide protests and demands for change, the White House has offered no timeline for the release of the order or details of what it might include.”

“Cryptocurrencies are more popular in countries perceived as corrupt or with strict capital controls, boosting the case for greater regulation of the industry,” Bloomberg reports.

At a bitcoin conference, billionaire venture capitalist Peter Thiel said Warren Buffett tops an “enemies list” of people who are trying to stop the cryptocurrency, CNBC reports.  Said Thiel: “Enemy number one is the sociopathic grandpa from Omaha.”

“NBC News journalists are troubled by and have expressed dismay to network executives about MSNBC’s intention to hire White House press secretary Jen Psaki when she exits the Biden administration,” CNN reports.

“Brian Kolfage, an Iraq War veteran who launched a multimillion-dollar crowdfunding effort to build a private border wall, has agreed to plead guilty to fraud charges after prosecutors say he surreptitiously took hundreds of thousands of dollars from the fundraiser,” BuzzFeed News reports.

“Far-right leader Ammon Bundy is heading to jail for 10 days,” the Idaho Statesman reports.  “The gubernatorial candidate was found guilty of being in contempt of court Thursday after he refused to complete 40 hours of community service related to a July 2021 conviction. Bundy had argued that the stops made during his gubernatorial campaign satisfy his court-mandated community service.”

“Global food prices are surging at the fastest pace ever as the war in Ukraine chokes crop supplies, piling more inflationary pain on consumers and worsening a global hunger crisis,” Bloomberg reports.

“The war has wreaked havoc on supply chains in the crucial Black Sea breadbasket region, upending global trade flows and fueling panic about shortages of key staples such as wheat and cooking oils. That’s sent food prices — which were already surging before the conflict started — to a record, with a United Nations’ index of world costs soaring another 13% last month.”

Peru Prime Minister Aníbal Torres “cited Adolf Hitler as a model in infrastructure development who turned Germany into a ‘leading economic power in the world,’ a comment that drew outrage as his country continued to descend into political chaos,” the Washington Post reports.

“A Turkish court ruled Thursday to suspend the trial in absentia of 26 Saudis accused in the gruesome killing of Washington Post columnist Jamal Khashoggi and for the case to be transferred to Saudi Arabia,” the AP reports.

Pa­kistan Prime Min­is­ter Im­ran Khan’s term ended af­ter he lost a vote of no-con­fi­dence in Par­lia­ment, the Wall Street Journal reports. “To the last, Mr. Khan and his party re­sisted hold­ing the vote, see­ing that they didn’t have the num­bers to win af­ter their rul­ing coali­tion al­lies switched to the other side.”

Earlier, “Imran Khan faces the greatest challenge of his political career after Pakistan’s supreme court ruled that the prime minister’s attempt to avoid a no-confidence vote by dissolving parliament was unconstitutional,” the Financial Times reports.

Bloomberg: “A panel of five judges on Thursday night voided a decision earlier in the week from parliament’s deputy speaker — a member of Khan’s political party — that canceled a no-confidence vote, prompting him to call an election. The unanimous verdict reinstated the cabinet and parliament, and called for parliament to decide Khan’s fate on Saturday.”