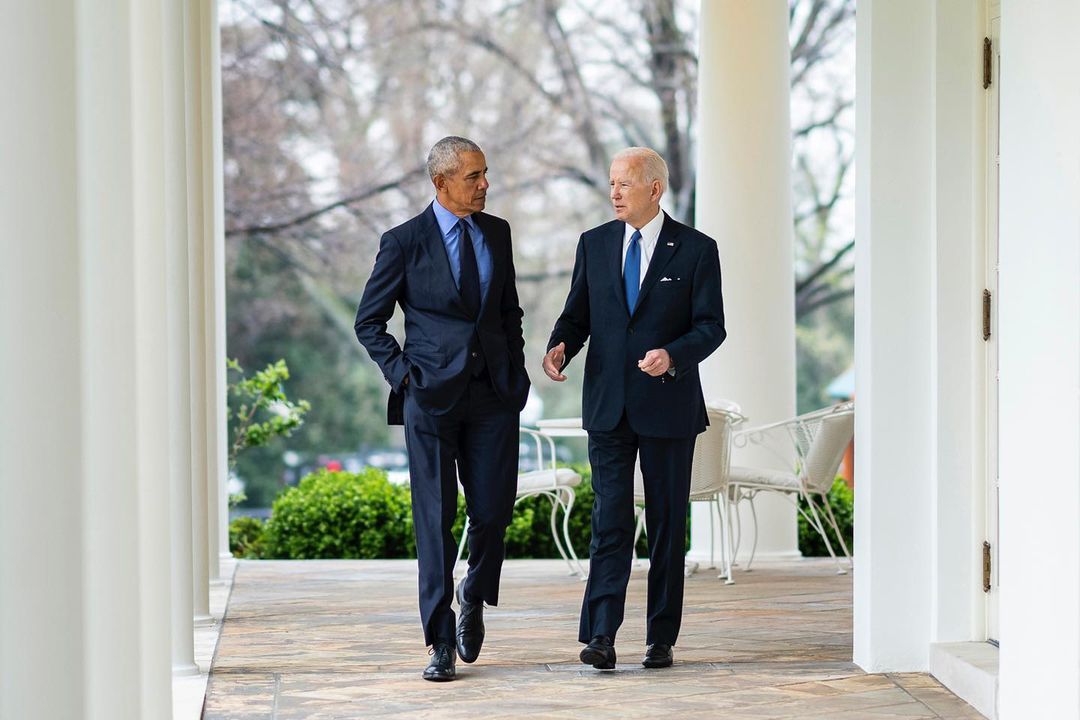 When it comes to the 2020 election and Donald Trump’s efforts to overturn the results, a new Quinnipiac poll finds Americans are divided: 46% of Americans think Trump committed a crime, while 48% think he did not.

A new AARP poll finds “women voters age 50 and over have one thing on their minds — kitchen table economics and the day-to-day experience of rising prices.”

Key takeaway: “Only 17% of women voters age 50 and over have decided who they will vote for in November, including 22% of Republicans, 14% of Democrats and 7% of Independents.”

Jonathan Bernstein: “It’s still hard to see the overall retirement story as signaling a collapse of Democratic resources — and candidates are an important resource — during the 2022 election cycle. That this has happened even as President Joe Biden remains unpopular and the conventional wisdom is even more settled on likely Republican gains suggests that if there is a landslide, it will be a bottom-up event driven by voters opposing Biden rather than a top-down defeat caused by Democrats’ disarray, hostility toward their own incumbents, or just plain fatigue.”

“To be sure: If Biden remains unpopular, Democrats will suffer in November. But if not, I’m not seeing any strong evidence of an already-built-in Republican landslide.”

Rep. Marjorie Taylor Greene (R-GA) accused Jimmy Kimmel of making a violent “threat” against her, and filed the claim with the U.S. Capitol Police.

The offense? After mentioning some of Greene’s outlandish statements, Kimmel said: “Wow, where is Will Smith when you really need him?”

Donald Trump endorsed Greene for re-election in a statement.

“Republicans are registering formerly Democratic voters at four times the rate that Democrats are making the reverse conversion in the battleground state of Pennsylvania, a warning sign for Democrats as they try to keep control of the U.S. Congress,” Reuters reports.

“The Republican gains in Pennsylvania, home to a critical U.S. Senate race, follow a pattern seen in other states that could have competitive contests in November’s elections, as high levels of disapproval with President Joe Biden’s handling of his job are helping narrow the long-held advantage held by Democrats in numbers of registered voters.”

Sarah Palin raised eyebrows when she told a right-wing media outlet that President Biden choosing his Supreme Court nominee based on race and gender is “insulting,” Mediaite reports.

Said Palin: “It’s pretty insulting that he decided to just create those parameters and stick within that because, you know, not that she’s not qualified, but there are so many good qualified constitutionalists out there who could be chosen for that highest court in the land.”

“The Texas Secretary of State issued a report Wednesday indicating that nearly 25,000 mail-in ballots were rejected during the March 1 primary, sharply higher than rejections recorded in prior elections,” the Dallas Morning News reports.

“Like the other Trump schemes—airlines, steaks, board game, university, magic pills, magazine, etc. etc. etc…—from the jump TRUTH had all the marks of a media buzz Potemkin Village that allows the first family of grift to cash in, but doesn’t deliver anything of value to the marks who got swept up in the hype.”

“Former President Donald Trump is sitting on more than $110 million in campaign cash at a time when his party is trying to win control of Congress — and it’s starting to irk some in the GOP,” NBC News reports.

“They are watching him rake in money from persistent email solicitations to the party’s small-donor base and at VIP receptions connected to a full schedule of campaign-style rallies. And they see a man stockpiling a war chest for another presidential run instead of using his prowess to boost the party.”

“Through his ‘Save America’ super PAC in support of Republicans, Trump doled out just $205,000 to 41 federal candidates through Feb. 28, the last date covered by his most recent campaign finance disclosure. The vast majority of that money has gone to Republicans running in safe seats, or against incumbents he detests, rather than competitive races likely to help determine which party wins the House and Senate in November’s midterms.”

Florida Gov. Ron DeSantis (R) “is increasingly using his clout with Republican voters to elevate political allies throughout the state, marking the first real effort to build a political network by a governor with a notoriously small inner circle,” Politico reports.

“DeSantis has already used one endorsement to scuttle the candidacy of a state lawmaker seeking a Florida Senate seat who likely would have had the backing of his own party’s leadership. The Republican governor is also sending signals he could endorse in two other races where incumbent Republican state representatives, who have the support of state Senate GOP leadership, are running.”

Bill Galston: “Inflation is now, incontestably, the leading issue for the electorate, and voters are giving the Biden administration low marks for handling it. This is a political crisis for Democrats, who are battling to retain their House and Senate majorities in highly unfavorable circumstances.”

“It is also a challenge for establishment economists—in academia, the administration and the Federal Reserve—most of whom misjudged the issue until the reality of high, rising and persistent inflation became too obvious to deny.”

Washington Post: “The blame game over high fuel prices is in full throttle in Washington and congressional districts across the country as people like Languren decide who deserves the bulk of their anger over the sudden hit to their wallets. A self-described conservative Democrat now leaning Republican because of economic worries, Languren is the kind of voter who will help determine whether Democrats can hang on to their fragile congressional majorities come November.”

“Meanwhile, Democrats such as Levin — who represents a state with some of the highest gas prices in the country — are struggling to come up with quick fixes or even long-term solutions to the gas price problem, along with record levels of inflation overall. The issue is testing the mantra that Democrats are the party that ‘delivers.’”

New York Times: “The efforts to harness the fortunes of the party’s richest activists could help it capitalize on a favorable electoral landscape headed into this year’s midterm elections, and — potentially — the 2024 presidential campaign. Conversely, the party’s prospects could be dimmed if the moneyed class invests in competing candidates, groups and tactics.”

“The willingness of donors to organize on their own underscores the migration of power and money away from the official organs of the respective parties, which are required to disclose their donors, to outside groups that often have few disclosure requirements. It also reflects a concern among some influential Republicans that the political right faces a disadvantage when it comes to nonprofit groups that support the candidates and causes of each party.”

Kelly Ruh, an alderperson from De Pere, Wisconsin who was on the slate of sham electors for Trump in the 2020 election and has been subpoenaed by the House Jan. 6 Committee, lost her reelection bid on Tuesday.  Her rival volunteers as a poll worker. How’s that for poetic justice?

South Dakota Gov. Kristi Noem (R), a potential 2024 presidential candidate who has closely associated herself with Donald Trump, is expected to deliver a high-profile speech Wednesday evening on the future of the GOP that may not mention the former president at all, the Wall Street Journal reports.  In an advance copy of her speech, Noem has zero references to Trump, the party’s dominant current figure.

“Democrats in Michigan plan to ask the national party to make their state the location of the first presidential nominating contest in 2024, challenging the election-year status of Iowa, New Hampshire, Nevada and South Carolina,” the Washington Post reports.

“The Michigan Democratic effort marks the first time that a new state has made a play to dethrone the early-voting order that has ruled presidential nominating contests for more than a decade. It follows moves by Democratic leaders to rethink the calendar after the tumult of the 2020 election, and Nevada’s parallel attempt to become the first nominating state, after it passed a law last year that switched the state’s voting process from a caucus to a primary system.”

“Former president Donald Trump and a coterie of his top allies, donors and paying club members gathered at his palatial beachfront club Tuesday night for a reunion of sorts: to sip Trump-branded wine, snack on an amuse-bouche of fried shrimp and pastry-wrapped hot dogs on the Mar-a-Lago patio and, most importantly, relitigate parts of the 2020 election that he lost 17 months ago,” the Washington Post reports.

“The fraud fete on a sweltering spring night showed how much Trump and the ecosphere around him remain focused on the last election and his false claims of fraud — and how he now inhabits a cosseted club life where he is the roundly cheered, and rarely challenged, star who everyone pays to see. As he traversed the club, he repeatedly asked guests and members about fraud in certain states and offered vague claims of explosive findings that he said were still to come.”