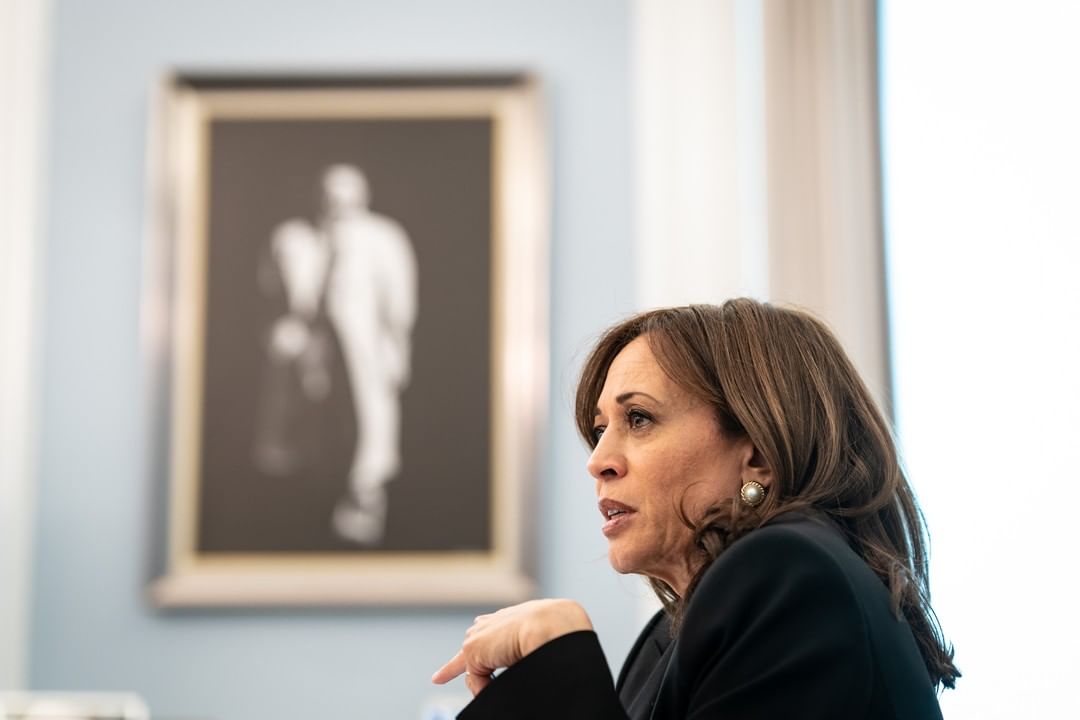 A new Politico/Morning Consult poll finds that “among parents or guardians with at least one child under 18 in the household who received the expanded child tax credit payments, 46% said they are most likely to vote for a Republican congressional candidate this year while 43% said they’re inclined to back the Democratic candidate.”

“The narrow GOP advantage among this group stands in contrast with Democrats’ lead of 12 percentage points in late December, before the benefit expired.”

“Rep. Bob Gibbs (R-OH), an amiable farmer elected to Congress in a 2010 sweep that brought the Republican Party into power in the U.S. House of Representatives, on Wednesday announced his retirement from Congress at the end of his current term,” the Cleveland Plain Dealer reports.

“The predominantly rural congressional district that Gibbs previously represented was reshaped during this year’s chaotic redistricting process to include many of Cleveland’s western suburbs. Around 12 percent of his old district remained in the new one.”

“Former House Speaker Newt Gingrich (R) says he is backing trucking company owner Mike Collins (R) for a US House seat in Georgia, hours after a video had been released where Gingrich endorsed another candidate in the race,” CNN reports.

“Gingrich announced his support for Vernon Jones (R) in a video released earlier Tuesday by the Jones campaign — even though Gingrich had endorsed Collins, whom he had long known, months ago.”

Ad Reservations: Last week we got preliminary information about the first fall TV bookings from the Democratic group Senate Majority PAC, and AdImpact now has full details about how much money is going into each reservation:

Arizona, Georgia, and Nevada are Democratic-held, while SMP is going on the offensive in Pennsylvania and Wisconsin. These are the first general election reservations we’ve seen from any major outside groups on the Senate side.

ALASKA AT LARGE CD. 314 Action Fund, a group that supported independent Al Gross in his 2020 Senate race, has released a survey from the Democratic pollster Change Research that finds him locked in a close special election against former GOP Gov. Sarah Palin in the instant-runoff general election in August.

It’s impossible to know which of the 48 candidates competing in the June top-four primary might advance to the general, but we know the final matchup will be different than the one Change polled because one of the candidates it included, Republican state Sen. Lora Reinbold, did not end up running; the survey was also conducted days before either Palin or the final Republican candidate tested, state Sen. Josh Revak, announced they were in.

The firm initially finds Gross leading Palin 33-30 in a hypothetical general election, with Revak and Reinbold at 9% and 8%, respectively. After the instant runoff process is simulated, not much changes, as Gross and Palin tie with 35% apiece, while 30% are undecided. In a separate question pitting the two head-to-head, however, Palin edges out Gross 42-40.

314 Action hasn’t made an endorsement yet, but the organization made it clear it wanted Gross to win in its release, saying, “Dr. Al Gross has dedicated his life to improving health outcomes for Alaskans, and if elected to Congress he’ll have a platform to craft policy that will do just that.”

ARIZONA 1ST CD. Republican Rep. David Schweikert is running for re-election in the revamped 1st District, a seat in eastern Phoenix and its eastern suburbs that’s changed quite a bit from the 6th District he currently represents: While Trump would have carried his existing constituency 51-47, it’s Biden who would have taken the new 1st 50-49. (We explain the many changes to Arizona’s congressional map here.)

Before he can focus on the general election, though, Schweikert needs to get past self-funder Elijah Norton in the primary. Norton has been attacking the ethics of the incumbent, who in 2020 agreed to pay a $50,000 fine, accept a formal reprimand, and admit to 11 different violations of congressional rules and campaign finance laws in a deal with the bipartisan House Ethics Committee to conclude a two-year investigation. Schweikert, though, has made it clear he’ll focus on Norton’s turbulent departure from his insurance company. The field also includes Josh Barnett, who badly lost to Democratic Rep. Ruben Gallego last cycle in the safely blue 7th District.

Three Democrats are also competing for this competitive seat. The field consists of Jevin Hodge, who lost a tight 2020 race for the Maricopa County Board of Supervisors; former Phoenix Suns employee Adam Metzendorf; and environmental consultant Ginger Sykes Torres, who has the backing of southern Arizona Rep. Raúl Grijalva.

ARIZONA 2ND CD. Democratic Rep. Tom O’Halleran is defending a seat in northern and eastern rural Arizona that would have backed Trump 53-45, which is a significant shift from Biden’s 50-48 win in the 1st District that he currently holds.

Seven Republicans are competing to take him on, and there’s no obvious frontrunner at this point. The two elected officials in the running are state Rep. Walt Blackman and John Moore, the mayor of the tiny community of Williams. Also in the running are Navy SEAL veteran Eli Crane; Ron Watkins, the reputed founder of the QAnon conspiracy cult; and three others. Navajo Nation Vice President Myron Lizer had announced he was running last month, but his name was not on the state’s final list of candidates.

ARIZONA 6TH CD. Democratic Rep. Ann Kirkpatrick announced her retirement last year before Arizona’s Independent Redistricting Commission drew up a new 6th District in the Tucson area that Biden would have carried by a tiny 49.3-49.2 margin—a sizable drop from Biden’s 55-44 win in the old 2nd District.

The Democratic contest pits former state Rep. Daniel Hernández, who as an intern helped save then-Rep. Gabby Giffords after she was shot in 2011, against state Sen. Kirsten Engel; a third candidate, engineer Avery Anderson, hasn’t earned much attention so far. The GOP frontrunner is Juan Ciscomani, a former senior advisor to Gov. Doug Ducey, though it remains to be seen if any of his four intra-party rivals can give him a serious fight.

GEORGIA 7TH CD. NBC reports that Rep. Lucy McBath is spending $74,000 on her first TV ad for the May 24 Democratic primary, which features her visiting the grave of her son, Jordan Davis, as she describes how he was murdered by a gunman. (The commercial features surveillance footage from the gas station where Davis was killed, with someone responding to the sounds of gunfire, “Oh my God. Somebody’s shooting!”) McBath tells the audience, “My tragedy turned to purpose. In Congress, I’m fighting to protect voting rights, to lower prescription drug costs, and to prevent gun violence.”

McBath’s longtime allies at Everytown for Gun Safety are also spending $1 million to help her, which the Atlanta Journal-Constitution says will come in the form of digital and radio ads and a mail campaign. McBath has already benefited from $1 million in advertising from another group, Protect Our Future PAC, while fellow incumbent Carolyn Bourdeaux has not yet received any major outside support.

ARIZONA 4TH CD. Democratic Rep. Greg Stanton is defending the 4th District in the southern Phoenix suburbs that, at 54-44 Biden, is considerably less safe than the 9th District it replaces. Six Republicans are competing to take him on, including Tanya Wheeless, who served as a staffer to then-Sen. Martha McSally, and Chandler City Councilman Rene Lopez.

FLORIDA 13TH CD. 2020 nominee Anna Paulina Luna, who has Trump’s endorsement, has released a Spry Strategies poll that shows her again winning the August Republican primary. The firm gives Luna the lead with 35%, while prosecutor Kevin Hayslett and 2020 candidate Amanda Makki are tied for second with 9% each.

MARYLAND 1ST CD. Former Del. Heather Mizeur says she’ll continue her campaign for the Democratic nod to take on Republican Rep. Andy Harris even though Trump would have carried the newest version of this seat by a tough 56-42 margin. Foreign policy strategist Dave Harden, who is the underdog in the July primary, also made it clear he’d remain in the race.

NEW HAMPSHIRE 1ST CD. The Associated Press reports that former Trump administration official Matt Mowers, one of the leading GOP candidates for New Hampshire’s 1st Congressional District, voted twice in the 2016 primaries, which would be a violation of federal law.

According to the AP, Mowers cast a ballot in New Hampshire’s primary in February, when he was working for Chris Christie’s presidential campaign. (Christie finished sixth with just 7% of the vote and quit the race the next day.) Mowers then voted in the June primary in his home state of New Jersey, a month after Donald Trump became the GOP’s de facto nominee, though there were other races on the ballot that day as well.

Any statute of limitations has long run out, so Mowers—who has a page devoted to “election integrity” on his campaign website—would be able to evade any legal ramifications. Politically, though, it’s a different story, as his rivals for the nomination to take on Democratic Rep. Chris Pappas immediately went on the attack. Mowers’ campaign has so far declined to respond directly to the story.

SOUTH DAKOTA AT LARGE CD. Rep. Dusty Johnson faces a Republican primary challenge from state Rep. Taffy Howard, a Big Lie supporter who launched her bid last year insisting, “I believe there was fraud in the last election that needs to be investigated. Our current congressman is not willing to admit that there was an issue.” No Democrat ended up filing to run for the state’s only House seat.

TEXAS 15TH CD. EMILY’s List has endorsed businesswoman Michelle Vallejo in the May 24 Democratic primary runoff for this open seat. Vallejo will face Army veteran Ruben Ramirez, who led her 28-20 last month in the first round of the nomination contest.

TEXAS 34TH CD SPECIAL ELECTION. Republican Gov. Greg Abbott has scheduled the special all-party primary to succeed former Democratic Rep. Filemon Vela for June 14, with the filing deadline set for April 13. A runoff date would only be scheduled if no one earns a majority of the vote in the first round.

ARIZONA ATTORNEY GENERAL. Republicans have a six-way primary to succeed termed-out Attorney General Mark Brnovich, who is seeking Team Red’s nod for U.S. Senate, and this is another nominating contest without an obvious frontrunner. The only Democrat, by contrast, is former Arizona Corporation Commission Chair Kris Mayes.

YouGov tests hypothetical general election scenarios as well and finds that, despite his myriad of scandals, Paxton outperforms Bush. The attorney general leads Garza and Jaworski 48-42 and 48-41, respectively, while Jaworski edges out Bush 39-38 and Garza ties him at 39-all.

ARIZONA SECRETARY OF STATE. Democratic Secretary of State Katie Hobbs is running for governor, and four Republicans and two Democrats are running to replace her as this swing state’s chief elections officer.

Donald Trump, unsurprisingly, has taken a strong interest in this contest and endorsed state Rep. Mark Finchem, a QAnon supporter who led the failed effort to overturn Joe Biden’s 2020 victory and attended the Jan. 6 rally just ahead of the attack on the Capitol. Team Red’s field also includes state Rep. Shawnna Bolick, who championed a bill that would have allowed the state legislature to decertify the state’s presidential results at any point before Inauguration Day, and state Sen. Michelle Ugenti-Rita, who has sponsored some of the most aggressive new voting restrictions in Arizona. The final Republican contender is advertising executive Beau Lane.

Democrats, meanwhile, have a duel between state House Minority Leader Reginald Bolding and Adrian Fontes, who narrowly lost re-election in 2020 as Maricopa County clerk, the post responsible for election administration in the county.