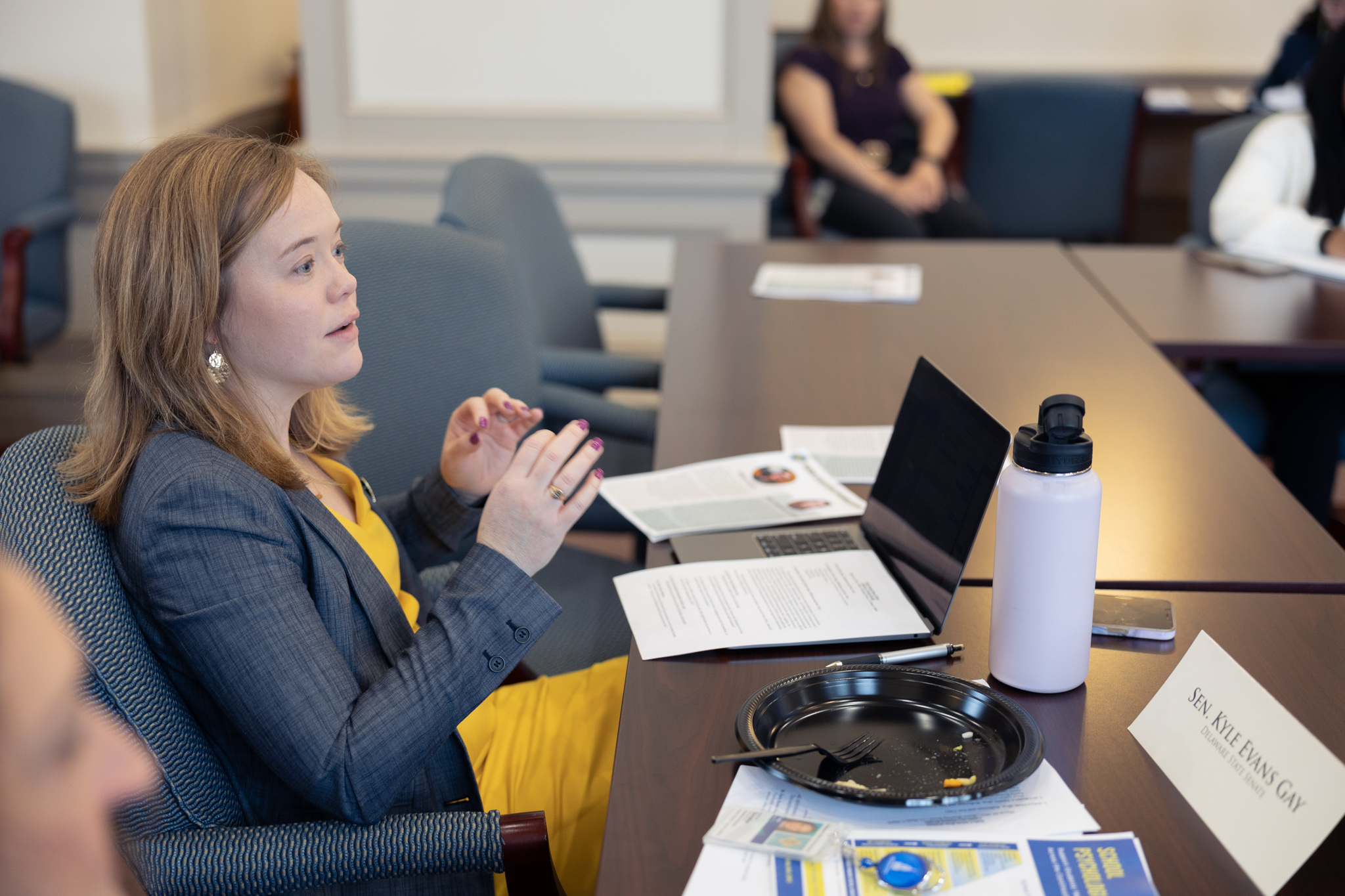 The State Senate on Tuesday passed Senate Bill 231 to prohibit insurance companies from considering a Delaware driver’s sex, gender, or gender identity when calculating the price of an automobile insurance policy.  The vote was astonishingly close, as in 11 to 8 with 2 not voting.

All Republicans voted no, of course, as did Democrat Darius Brown, who, when not getting into violent and/or public disputes with women, believes they should be paying higher prices for insurance. Two Democrats, Bruce Ennis and Spiros Mantzavinos, did not vote, which, for our purposes, is a no vote.

A report released in March by Insurance Commissioner Trinidad Navarro and the Consumer Federation of America showed that on average some women in Delaware are paying significantly higher automobile insurance premiums than men, even when all other factors are the same. Similar data from insurance companies shows that nationally women in their 30s, 40s, and 50s are charged more when compared to their male counterparts.

Those added costs are a direct result of the gender-based rating factors used by some of Delaware’s largest automobile insurers, despite a lack of clear evidence demonstrating that women are inherently riskier drivers. Data collected by the Delaware Department of Insurance found that despite there being more women drivers than men in Delaware, women are actually in fewer crashes.

Insurers themselves also do not agree on what weight gender should play in determining risk. The report found that while GEICO and Progressive charged Delaware women in the sample set at higher rates than men in the same age group, State Farm and California Casualty charge men and women the same rates and Donegal Mutual Insurance Co. charges a higher premium to men.

In general, women experience a higher rate of poverty, with 1 in 5 women of color living below the federal poverty line. More than 80% of black mothers, 58% of white mothers, and 56% of Hispanic mothers are also the main breadwinners in their households.

The gender-based rating factors used by some insurance companies also fail to account for drivers whose gender does not correspond with their sex assigned at birth. Under current state law, consumers who are transgender or transitioning could see their monthly auto insurance premiums jump by $100 or more simply due to a change in their legal identity. No information was available to reflect how insurers charge non-binary customers relative to customers identifying as either male or female.

To date, at least six other states have eliminated the use of gender in the underwriting and rating of auto insurance policies, including California, Hawaii, Massachusetts, Michigan, North Carolina, and Pennsylvania.

The higher prices some women in Delaware are paying to insurers that use gender-based risk calculations can present serious socio-economic barriers to the people who depend on their vehicles the most and are least likely to be able to afford the added cost.

Supported by the Delaware Office of Women’s Advancement and Advocacy, the League of Women Voters, and the American Association of University Women of Delaware, SB 231 now heads to the Delaware House of Representatives for consideration.

“The prices that Delawareans pay for car insurance should be based on how they drive, not who they are,” said Sen. Kyle Evans Gay, the prime sponsor of Senate Bill 231. “As elected leaders, we have a responsibility to ensure our communities are being treated fairly, especially when that means dismantling pervasive disparities built into our everyday lives.”

“Senate Bill 231 isn’t about driving, it’s about what drives us. We are driven to make a more equitable society, where outcomes are the result of our choices and actions, not one where we are only the sum of our stereotypes. Only when we set aside the ways in which we have benefited from or been burdened by systemic disparities can we see the importance of working towards a world without them,” Insurance Commissioner Trinidad Navarro said. “I’m proud of the progress our state made today, and grateful for our sponsors for saying no to the status quo and fighting for a better system for everyone.”

“Having a method of transportation is key to much of our daily lives, whether it’s getting to and from work, or being able to shop for necessities. Residents are required to purchase auto insurance both to drive legally, and to access our economy,” said House Majority Leader Valerie Longhurst, the House prime sponsor of SB 231. “That’s why it’s vital that we ensure the system by which consumers’ premiums are set does not create different outcomes based on gender identity, especially when so many people already face persistent systemic and financial disadvantages, including the wage gap.”