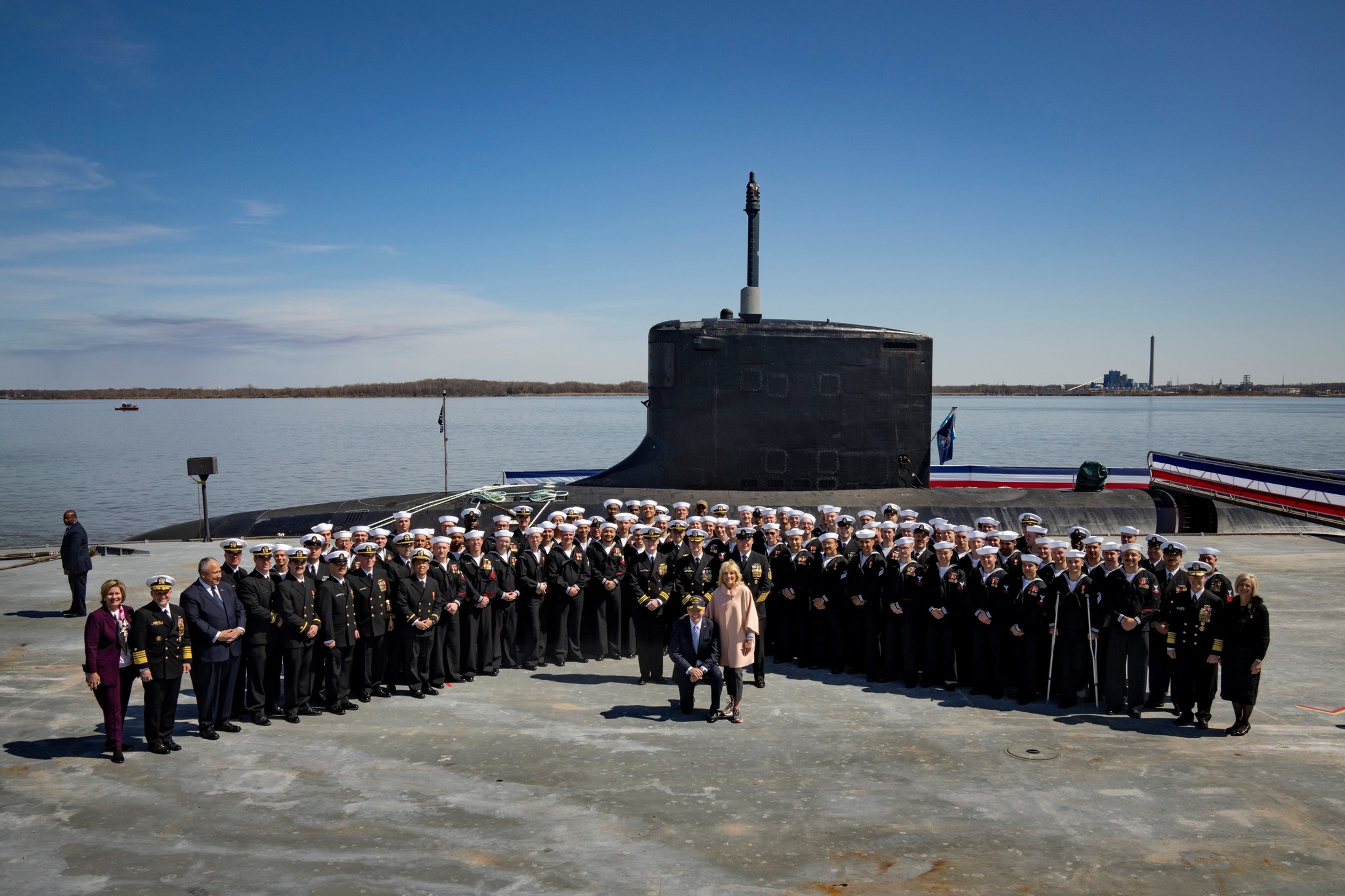 Sarah Palin’s decision to get into a race for the late Rep. Don Young’s House seat “caught Republicans off guard — including in Palin’s home state,” Politico reports.

“Palin’s campaign announcement came together so quickly she is still assembling a team, according to a Republican strategist familiar with the effort.”

Fox News reports Palin’s bid came after a meeting with Donald Trump where he encouraged her to do it.

“Former President Donald Trump on Sunday endorsed Sarah Palin in her bid for Congress, saying he is returning the favor after she endorsed him ‘early’ in his campaign for president,” NBC News reports. Said Trump: “Sarah shocked many when she endorsed me very early in 2016, and we won big. Now, it’s my turn! Sarah has been a champion for Alaska values, Alaska energy, Alaska jobs, and the great people of Alaska.”

Republicans in Alaska weren’t, uh, expecting this lil development, and they aren’t super confident about the ex-Alaska governor’s odds of winning this thing.

“Andrew Cuomo is agitating for a return to mainstream politics seven months after the three-term New York governor was put into political exile by a wave of sexual harassment allegations that forced his resignation,” the Financial Times reports.

“Now speculation is reaching fever pitch after Cuomo’s team issued an email to supporters this past week highlighting two opinion polls that showed him trailing Kathy Hochul, his replacement, by mere single digits in a presumptive Democratic primary for governor. Cuomo, his staff tantalisingly wrote, ‘is considering all of his options for the future. Stay tuned.’”

“That future may be clearer this Thursday, by which time gubernatorial candidates must file petitions to enter the Democratic primary.”

Politico: Cuomo’s got millions to run again. But he may be too toxic to build a team.

Robert Reich: “I know the conventional wisdom about midterm elections — the party in power loses big — and I’ve lived through enough midterms to know that the conventional wisdom is mostly correct. Does this make Biden and the Democrats toast when it comes to retaining control of the House and Senate? No — especially because of one huge loose cannon aimed at the Republican Party: Donald Trump.”

Playbook: “Saddled by Biden’s low poll numbers and a stalled social change agenda, Democratic strategists are eager to point to Jackson’s confirmation as a bona fide achievement heading into the election.”

However: “The Supreme Court hasn’t been a big motivator for Democratic voters in recent election cycles. But Democratic officials are hopeful a number of things will change that: Donald Trump’s engineering of a 6-3 conservative majority, the ensuing threat to abortion rights and, after this week, base enthusiasm about the first Black woman joining the court.”

“Donald Trump had some fun trolling one of the 10 GOP impeachers he’s trying to oust, Peter Meijer — specifically how you pronounce his last name — in Washington Township, Mich., on Saturday night,” Politico reports.

“What he didn’t realize? While jokes about pronunciation may have tickled him, everyone in that area knows how to say ‘Meijer,’ which is one of the most popular grocery store chains in the Midwest, and which also happens to be owned by the congressman’s family. It’s like knowing how to say Walmart or KMart.”

FiveThirtyEight: “The math just doesn’t work for Cheney if she’s looking for substantial help from non-Republicans in Wyoming’s GOP primary without winning a healthy share of Republicans first. The vast majority (70 percent) of voters in the state are registered Republicans.”

“And in midterm years (like 2022), an even larger share of the state’s primary voters have cast ballots in GOP nomination battles, as the table below shows — meaning they’re very likely reliably Republican-leaning Wyomingites. And of course, in a state as red as Wyoming — Trump garnered 70 percent of the vote there in 2020 — winning the GOP primary is tantamount to winning the election in November.”

“Josh Adams and Billy Boozer – the company’s chiefs of technology and product development – joined the venture last year and quickly became central players in its bid to build a social-media empire, backed by Trump’s powerful brand, to counter what many conservatives deride as “cancel culture” censorship from the left.”

“Less than a year later, both have resigned their senior posts at a critical juncture for the company’s smartphone-app release plans, according to two sources familiar with the venture.”

OREGON 6TH CD. The super PAC Protect Our Future has dropped an additional $1 million to help economic development adviser Carrick Flynn in the May 17 Democratic primary for this new seat, which brings its total investment here to $4.8 million.

NEBRASKA 1ST CD and TEXAS 34TH CD. Thursday was the last day in the House for two congressmen who just resigned for very different reasons: Nebraska Republican Jeff Fortenberry, who was convicted last month for concealing illegal campaign funds and lying to federal investigators, and Texas Democrat Filemon Vela, who is leaving before the end of his term in order to take a job at the lobbying and law giant Akin Gump.

Special elections will be held in both seats using the maps that have been in place for the last decade. Nebraska Gov. Pete Ricketts has already scheduled the contest for the 1st District, which supported Trump 56-41, for June 28; the University of Minnesota’s Eric Ostermeier says this will be the first House special in the Cornhusker State since 1951. Party leaders rather than primary voters will pick their nominees by April 22, though there should be little suspense about who they’ll choose: Republican state Sen. Mike Flood is the overwhelming favorite to win the May 10 primary for the full two-year term now that Fortenberry has ended his campaign, while Democratic state Sen. Patty Pansing Brooks also faces only minor opposition.

The rules work very differently in Texas, where an all-party primary will take place for the special election, followed by a runoff should no one take a majority in the first round. Gov. Greg Abbott has not yet said if he’ll schedule the special for this 52-48 Biden seat to take place before November.

The new departures bring the total number of vacancies in the House to five, following the recent deaths of two Republicans: Don Young, Alaska’s lone representative, and Jim Hagedorn, who served in Minnesota’s 1st District. Previously, California Rep. Devin Nunes, who represented the 22nd District, left to run Donald Trump’s new social media company (a venture that has, of course, gone disastrously). Each of these districts will host special elections this spring.

TEXAS GOVERNOR. Texas Lyceum shows Republican incumbent Greg Abbott with a surprisingly small 42-40 edge over Democrat Beto O’Rourke, with another 7% opting for an unnamed “someone else.” The pollster, though, cautions that “the pool of registered voters producing this result [is] more diverse than the likely electorate.”

NEW HAMPSHIRE U.S. SENATOR and GOVERNOR. Saint Anselm College is out with a new poll testing Democratic Sen. Maggie Hassan against three of her declared Republican foes. The results are below, with the numbers from the school’s January survey in parentheses:

Bitcoin millionaire Bruce Fenton, who announced Wednesday, was not tested.

Saint Anselm also takes a look at the race for governor and shows Republican incumbent Chris Sununu beating state Sen. Tom Sherman 51-24; Sherman, who is the only notable Democrat running, also entered the race last month and was not previously polled.

1ST Q FUNDRAISING. The first fundraising quarter of the year, covering the period of Jan. 1 through March 31, has come to an end, and federal candidates will have to file campaign finance reports with the FEC by April 15. But as per usual, campaigns with strong hauls are leaking numbers early, which we’ve gathered below.

GEORGIA U.S. SENATOR. Former football star Herschel Walker has been the undisputed frontrunner for the Republican nomination to take on Democratic Sen. Raphael Warnock from the moment he entered the race in August, but now his intra-party critics are preparing to wage an expensive ad campaign to weaken him ahead of the May 24 primary—despite Donald Trump’s full-throated support for the one-time University of Georgia running back.

Walker hasn’t had to contend with a serious negative ad blitz until now, but his primary foes have plenty to attack him over. Walker has been the subject of a long string of critical stories about his past, including his business failures and allegations that he threatened to kill his ex-wife in 2005. CNN on Friday added to the pile by reporting that Walker spent years giving speeches claiming he’d graduated in the top 1% of his class at the University of Georgia despite acknowledging last year that he’d never actually earned a degree from the school.

Black himself warned a party gathering recently that if Walker were to win the GOP nomination, Democrats would “pour $140 million on top of domestic violence and threatening shootouts with police.” Georgia First PAC has also signaled it plans to go after the former football player over this topic: Allison reports that a December poll the group paid for found Walker’s support among primary voters dropping to just 34% after voters were informed about his “history of alleged domestic violence” and his supposedly permissive views on immigration.

However, Walker’s many foes have a lot of work to do in the coming weeks if they are to keep him from taking the majority of the vote he needs to avoid a July runoff. Two early March polls for Fox 5 Atlanta and Fox News showed Walker taking 63% and 66% while all of his opponents remained mired in the single digits.

PENNSYLVANIA U.S. SENATOR. “The empty podium at stage right took a lot of hits on Sunday,” the Philadelphia Inquirer reports.

“In 90 minutes of jabs and jokes, both men — especially Lamb — argued that Fetterman’s decision to skip the debate was an insult to voters and a red flag for his candidacy in a critical Senate contest.”

CALIFORNIA 42ND CD SPECIAL ELECTION. The Los Angeles Times previews the special election this week to replace former Devin Nunes (R-CA), which features four Republicans and two Democrats running for a district that will be redrawn in just a few months.