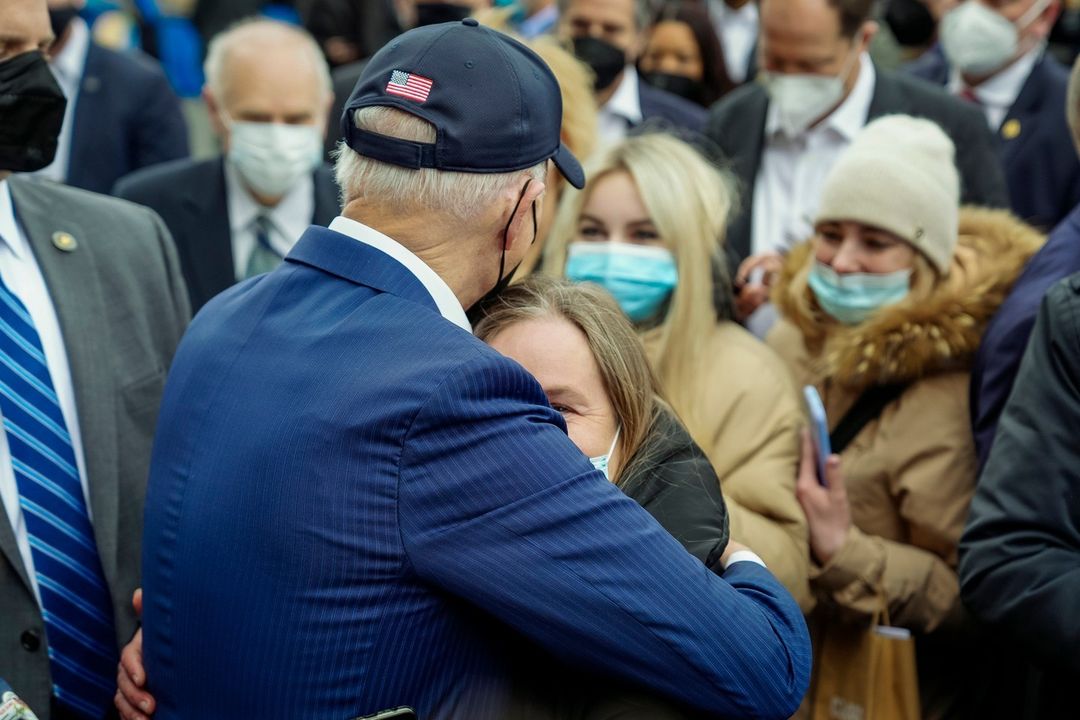 And during the nation’s largest inflation spike in 40 years, overwhelming majorities believe the country is headed in the wrong direction and disapprove of the president’s handling of the economy.

Wall Street Journal: “Overall, about one in eight television ads in congressional races aired between Jan. 1 and March 20 has featured inflation as a topic.”

CNN: “According to an average of polls by Gallup, Fox, Monmouth University, Quinnipiac University and the Pew Research Center, about 53% of Americans supported her confirmation, with about 26% of Americans opposed. This is good for a +27-point net popularity rating.”

“If Jackson’s ratings hold up through her likely confirmation, she would be the most popular nominee to be confirmed since John Roberts in 2005. Jackson’s popularity should only help her in the confirmation process.”

“I’m fine with opinion: conservative opinion, liberal opinion. But when people start to question the truth — Who won the 2020 election? Was Jan. 6 an insurrection? — I found that unsustainable.”

— Chris Wallace, quoted by the New York Times, on why he left Fox News.

“Russia’s invasion of Ukraine opened up a new front in the 2022 US midterm cycle, with America’s role in the conflict taking a place alongside the culture war clashes, economic worries and fights over pandemic policy that had driven the early stages of the election,” CNN reports.

“The global implications of the war in Europe has forced candidates in both parties to adjust their political playbooks to account for a rapidly evolving new issue that, at its core, has united voters in support of aiding the Ukrainian resistance to Russian President Vladimir Putin’s aggression, but also underscored the rigid partisan divide that defines modern American politics.”

Associated Press: “Trump returns to Georgia on Saturday night for a rally with Walker, Perdue, Jones and other Republicans he’s backed ahead of the state’s May 24 primary. The campaign is emerging as an early, critical test of whether the former president can live up to his professed role as a kingmaker in the GOP.”

“There are warning signs for Trump. While Walker is marching to the primary with minimal opposition, other races are more complicated.”

“Trump has been obsessed with this once Republican stronghold since the aftermath of the 2020 campaign, when he became the first GOP presidential candidate to lose the state in 28 years. It could again be central to his political future if he decides to run for the White House in 2024.”

CNN: Trump’s endorsement power will be put to the test as May primaries approach.

New York Times: “Early polls have steadily shown Mr. Perdue, a former senator, trailing Mr. Kemp by about 10 percentage points. The governor has the backing of many of the state’s big donors and remains far ahead of Mr. Perdue in fund-raising. After pursuing a deeply conservative legislative agenda, Mr. Kemp has secured support from most of the top state leaders and lawmakers, even those who have, until now, aligned with Mr. Trump.”

“Mr. Perdue’s sputtering start may hint at a deeper flaw in Mr. Trump’s plan to punish the governor for refusing to work to overturn Georgia’s 2020 election results: Mr. Trump’s grievances may now largely be his alone. While polls show many G.O.P. voters believe lies about fraud and irregularities in the 2020 election, there is little evidence that Republicans remain as fixated on the election as Mr. Trump.”

The Atlanta Journal Constitution quotes Trump last night: “I hope, David, you’re going to be the governor, or I just wasted a helluva lot a time tonight.”

Erick Erickson: “The Trump turnout on a Saturday in Georgia was anemic. That does not bode well for his slate of candidates. Not all the people there were from Georgia or even able to vote. And Perdue and the other candidates had to foot the bill. Oof.”

Said Greene: “You know what? Pete Buttigieg can take his electric vehicles and his bicycle, and he and his husband can stay out of our girls bathrooms. Yup.”

Rep. Matt Gaetz (R-FL) said he would nominate Donald Trump for Speaker of the House in the next Congress.

Rep. Jeff Fortenberry (R-NE) “announced his resignation Saturday, two days after being convicted of three felonies and one day after top leaders called for his resignation,” the Omaha World-Herald reports.

“A special election will be held no later than 90 days after Fortenberry’s seat becomes vacant.”

“A Maryland judge has thrown out the state’s congressional map, calling it an ‘extreme partisan gerrymander’ in what is a victory for Republicans who said Democrats in the state General Assembly sought to silence their votes,” the Washington Post reports.

“North Dakota Secretary of State Al Jaeger announced Tuesday, March 22, a proposed measure to set term limits on legislators and governors will not appear on the November ballot after thousands of signed petitions failed to meet legal standards,” the Fargo Forum reports.  “The state’s top election official also alleged that the group behind the measure violated state law by offering signature gatherers bonuses for obtaining signed petitions. Jaeger wrote in a letter to measure chairman Jared Hendrix that his office rejected more than 29,000 of the roughly 46,000 petitions turned in by the group.”

President Biden said he would be “very fortunate” to have a rematch against former President Donald Trump in the 2024 election as he reflected on the shift in America’s standing on the world stage since taking office, The Hill reports.

Said Biden: “I’d be very fortunate if I had that same man running against me.”

Ruy Teixeira: “The Democrats are bleeding voters, particularly working class voters of all races. There are lots of reasons for this and I’ve written about some of them. One important through-line here is what we might call the common sense problem. As in, Democrats seem to have abandoned it in many areas.”

“This helps explain why there hasn’t been a ‘Trump disenchantment dividend’ for the Democrats as the former President’s popularity has fallen and for that matter a “nutty GOP politicians” dividend as various Republican pols do and say fairly crazy things. Voters just aren’t sure the Democrats are that well-grounded either.”

“But it’s also true that plenty of conservative dark money groups, including the Federalist Society and the Judicial Crisis Network, have played a role in shaping the court and its attendant confirmation battles for years.”

“And Republicans, despite their tough words on dark money, have repeatedly blocked attempts to shed light on who’s contributing to dark money groups several times.”

Politico: “Trump supporters are pushing to prohibit machine counting of ballots in future elections around the country, which election officials say could make vote-counting slower, more expensive and — most importantly — less accurate.”

“Legislators in at least six states this year have introduced proposals to prohibit the use of ballot tabulating machines.”