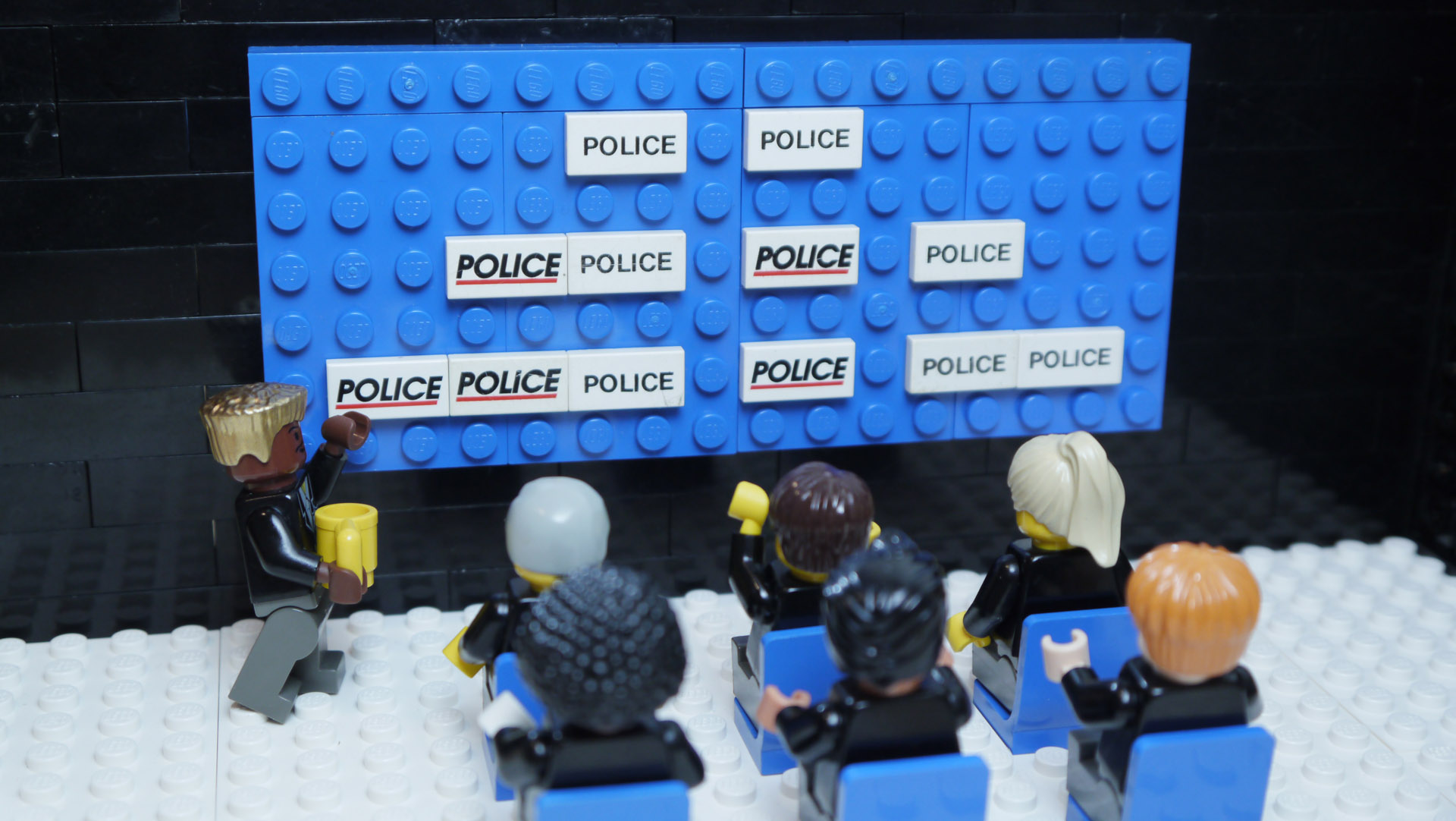 I am a liberal that likes to make incremental progress when possible, when a larger and more desired reform is not possible. But there are sometimes where you just have to throw up your hands and walk away, and work to defeat the obstacles to reform in an election. I think we might now be at the latter place when we come to Senate Bill 149(S) – the reform of the Law Enforcement Officers Bill of Rights that currently shields our police officers from any and all accountability for their bad actions.

The ACLU Delaware came out fast opposing the new revised bill. Here is their statement in full (emphasis added), and then we will go through what the bill is supposed to do:

“Nearly two years ago, in the wake of the murders of George Floyd and Breonna Taylor, our lawmakers promised us that they would work to increase transparency and accountability for law enforcement in Delaware. Advocates and police reform experts have been clear from the beginning that meaningful policy change must come by significantly amending Delaware’s Law Enforcement Officers’ Bill of Rights (LEOBOR).

Today, in the wake of Rodney K. Robinson II being killed by a Dewey Beach police officer — just the most recent in a long line of Delaware police-involved shootings — lawmakers introduced a substitute bill for SB 149 that breaks their own promises.

We adamantly oppose the SB 149 substitute bill. We did not come to this decision lightly; however, the new version of the bill takes community oversight out of the hands of the community by creating just one statewide oversight board that is overseen by the state’s top law enforcement official, leaving local boards without any meaningful oversight power. The substitute bill continues to keep police disciplinary records shrouded in secrecy by offering only a small number of records for public access, with far too many exceptions to be meaningful.

This substitute bill doesn’t reform LEOBOR. It’s a disappointment to community members and advocates who have been working in good faith to increase police transparency and accountability over the last two years. This bill falls far short of what constituents have asked for – it only provides a mirage of transparency and accountability, which is almost worse than nothing at all. This isn’t a compromise; it’s a travesty.”

The strict confidentiality provisions currently contained in the Delaware Law Enforcement Officers’ Bill of Rights have enabled a number of officers to continue serving despite repeated and egregious accusations of misconduct, including a former Dover officer whose file contained nearly 30 use-of-force reports, a fact that came to light only after he was captured on video breaking a man’s jaw.

Several states, including California, New York and Maryland, have recently passed reforms to join a majority of other states that make police disciplinary records partially or fully available to the public.

The new bill would allow some public insight into future complaints against officers that are deemed “serious” and “substantiated,” after such a finding is rendered by that officer’s supervisors. Complaints deemed by police supervisors as unsubstantiated and complaints that predate the legislation — regardless of whether they were deemed serious or substantiated — will remain hidden from public view. That’s like giving President Nixon the power to determine which tape we get to listen to.

The bill also includes provisions for community review boards to provide some oversight into police disciplinary processes but does not empower those boards to make disciplinary decisions.

Under the bill, municipalities and county governments would be able create local community review boards with the power to analyze patterns in police discipline and determine whether local law enforcement agencies are handling police misconduct cases appropriately. Local CRBs would be able to access redacted and de-identified versions of police disciplinary records – including unsubstantiated complaints – and recommend changes to the internal policies and procedures used by law enforcement agencies.  Recommendations that I am sure will be be ignored.

In cases in which a local CRB believes justice is not being served, it could request further review by a statewide CRB made up of people from historically impacted communities authorized to confidentially review completed internal investigations and issue public reports on their findings.  Reports that I am sure will be ignored.

I am sure many Democrats will say these toothless reforms are better than nothing and justify their votes in favor that way. But what will happen then is that they will vote yes and then consider this issue resolved, never to speak of it again. I say it is better to defeat this bill and keep the issue alive pushing for actual real reform.

This bill is already out of committee and will likely get a vote in the Senate soon, so that opposition to it does not have time to gel. Expect a speedy passage in the House too, as Speaker Pete (R-Police) will like to get this issue off the table as quickly as possible.

Senator Lockman: “Immediately after the greatest civil unrest our state has seen in decades, my colleagues and I stood on the steps of Legislative Hall and vowed to take action. For too long, the information the public needs to differentiate between an honest police officer upholding their oath and a bad apple sowing further distrust remains locked away from public view. The legislation we are filing today will not only shed light on the culture of secrecy and ambiguity that has allowed hatred and fear of law enforcement to grow in our state, it will – for the first time in Delaware history – put a measure of oversight into those agencies in the hands of the people, where it belongs.”

Rep. Johnson: “Ever since the Delaware Legislative Black Caucus announced the Justice for All Agenda in June 2020, we have worked consistently to achieve meaningful criminal justice and law enforcement reforms. We mandated police body cameras, required recording of interrogations, established a uniform use-of-force standard, automated expungements, raised the age of prosecution, and more. We pledged to tackle an ambitious agenda of reforms, and we’ve followed through on the vast majority of our priorities so far. Taken together, these changes will have a real, meaningful impact on our criminal justice system and the way it serves communities of color in Delaware.

“Reforming the Law Enforcement Officers’ Bill of Rights is probably the most complex piece of that puzzle. Sen. Lockman has been tireless in engaging all sides of this issue to put forward a bill that will help communities rebuild trust in law enforcement. This bill will greatly improve transparency, accountability, public oversight, and checks and balances. It will make the first significant change to LEOBOR in 25 years, and I think that is an important step forward.”

Sen. Marie Pinkney:  “Sen. Lockman deserves a tremendous amount of credit for taking on one of the most difficult and important issues facing our state and putting forward a rational bill that will create the opportunity for communities to participate in the oversight of law enforcement by knowing for certain that police misconduct cases are being appropriately handled. I know there are some fierce reform advocates hoping for more aggressive reforms and some fierce supporters of police who want no change at all. Over the last 25 years, refusing to move forward has only helped to protect the status quo and left Delaware with years of ground to make up when it comes to keeping our communities safe. This bill moves us closer to that collective goal.”

6 comments on “A Revised LEOBOR Reform is filed, ACLU walks”