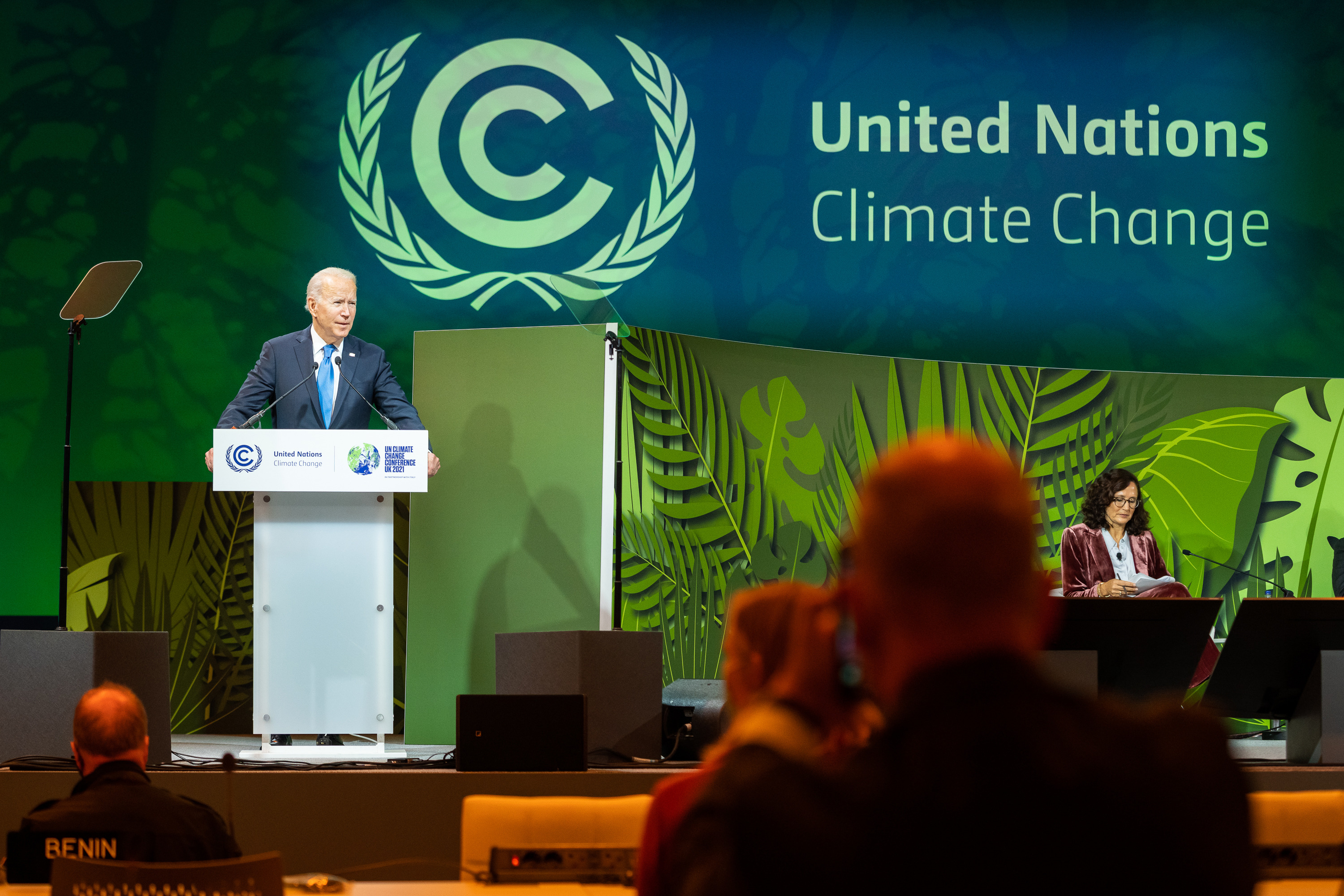 A new Yahoo News/YouGov poll finds President Biden’s approval rating for his handling of Russia and Ukraine has risen 5 percentage points since the start of the war in Eastern Europe more than two weeks ago — including a 12-point gain among self-described independent voters.

A new Wall Street Journal poll found that 52% of Americans don’t think Joe Biden will run for re-election in two years, while 29% do expect him to pursue a second term. Nineteen percent are undecided about his future.

Among Democrats, 41% said they think Biden will run again, while 32% said they didn’t think he would. The poll found 26% of those Democrats unsure.

Former New York Gov. Andrew Cuomo (D) “released a second campaign style TV ad as he’s set to speak to a group of Hispanic clergy this week in the Bronx in what some see as the latest steps toward launching a political comeback,” the New York Post reports.

ALABAMA U.S. SENATOR. Alabama’s Future, a super PAC that Punchbowl News says “has ties” to retiring GOP Sen. Richard Shelby, is running a new commercial against Rep. Mo Brooks ahead of the May Republican primary. The narrator charges the congressman with “voting to cut off funding to destroy ISIS terrorists in the middle of the fight.” The spot continues by resurrecting an attack that derailed Brooks in the 2017 special election for Alabama’s other Senate seat by reminding viewers that “he even said that voters faced a ‘tough choice’ between Trump and Hillary.”

Meanwhile, former Business Council of Alabama head Katie Boyd Britt, who has Shelby’s backing, uses her latest ad to once again talk about her conservative views and implore the audience to “stand with me in choosing faith and freedom.”

CALIFORNIA U.S. SENATOR. The Golden State’s top-two primary requires all candidates running for Congress and for state office to compete on a single ballot rather than in separate party primaries. The two contenders with the most votes, regardless of party, will then advance to the Nov. 8 general election—a rule that sometimes results in two candidates from the same party facing off against one another. Note that candidates cannot win outright in June by taking a majority of the vote except in some nonpartisan elections for local office.

At the top of the roster is the race for U.S. Senate, where appointed Democratic incumbent Alex Padilla faces no serious opposition in his bid for a full six-year term. A special election will also be held in June for the final months of now-Vice President Kamala Harris’ term, but that contest should be just as uneventful.

Walker’s intra-party opponents have been hoping that ongoing media reports about his past, including allegations that he threatened to kill his ex-wife in 2005, will give them an opening, but none of them seem to be gaining any traction. Donald Trump and Senate Minority Leader Mitch McConnell have remained firmly in Walker’s corner, and every poll we’ve seen has shown him taking well over a majority of the vote in the primary.

As for the general election, because Libertarian Chase Oliver is also running, it’s very possible his presence could be enough to force Warnock and his eventual GOP rival into yet another runoff—which would take place in December rather than January after Republican lawmakers changed the timing last year in response to their dual Senate runoff losses.

Walker cast doubt on the theory of evolution over the weekend, saying the fact that apes and humans coexist disproves the science. Said Walker: “At one time, science said man came from apes, did it not? If that is true, why are there still apes? Think about it.”

WISCONSIN U.S. SENATOR. In her opening ad for the August Democratic primary, state Treasurer Sarah Godlewski begins, “Dairy farms disappearing, prices up, COVID still not gone.” She then says of the Republican incumbent, “And what’s Ron Johnson done? Voted against new jobs and told us to take mouthwash to cure COVID.” (Yes, Johnson really said that.) Godlewski continues, “I grew up in Eau Claire where we’re more interested in common sense than conspiracies,” and calls for “[p]ractical ideas that just help people. Not mouthwash.” The campaigns says the spot is part of a seven-figure TV and digital buy.

GEORGIA GOVERNOR. With Friday’s filing deadline just passed, two new polls of the May 24 Republican primary find Gov. Brian Kemp with wide leads over former Sen. David Perdue, but they disagree whether the incumbent is already taking the majority of the vote needed to avoid a June 21 runoff.

A survey from the GOP firm American Viewpoint on behalf of Secure Democracy USA, an organization the Atlanta Journal-Constitution describes as a “nonpartisan group that aims to improve voter access,” has Kemp winning 51-35. But BK Strategies, a different Republican firm which did not mention a client, has the governor only at 48%, though Perdue lags well behind with 33%. Three other Republicans also filed (you can find a complete candidate list here), but none have generated much attention.

We’ve seen two other polls in recent weeks, and they also diverge on Kemp’s precise standing. Fox5 Atlanta’s numbers—from yet another Republican pollster, InsiderAdvantage—had the incumbent leading only 44-35. However, a Fox News survey from the Democratic firm Beacon Research and the Republican pollster Shaw & Company finds Kemp in stronger shape with a 50-39 edge. All these polls and Perdue’s weak fundraising numbers, though, haven’t deterred Donald Trump from going all-in on his quest to deny renomination to Kemp, a one-time ally who wound up on the MAGA shitlist when he refused to participate in the Big Lie despite Trump’s interference.

Indeed, Trump has a March 26 rally set for Perdue and other endorsees that’s taking place in the small city of Commerce, which is close to the governor’s hometown of Athens. Trump last month also starred in a very rare direct-to-camera ad for Perdue that featured him trashing Kemp. The governor, meanwhile, has benefited from spending from the Republican Governors Association, which for the first time is running ads to support an incumbent in a primary.

The eventual winner will go up against 2018 Democratic nominee Stacey Abrams, who has no intra-party opposition in her second campaign. Georgia requires candidates to win a majority of the vote in the Nov. 8 general election in order to avoid a runoff on Dec. 6, so the presence of Libertarian Shane Hazel and independent Al Bartell could be enough to force a second round of voting.

Hazel himself played a small but crucial role in Perdue’s 2020 re-election defeat: Perdue outpaced Democrat Jon Ossoff 49.7-48.0 in November while Hazel took a crucial 2.3%, but Ossoff quite famously went on to win the January rematch. GOP leaders soon changed the law to slash the time between the first general election and any potential runoffs from nine weeks to four.

IDAHO GOVERNOR. Candidate filing also closed in Idaho Friday for the May 17 primary, and the state has a list of contenders here. Gov. Brad Little faces seven fellow Republicans in this overwhelmingly red state, but the most prominent of the bunch is Trump-endorsed Lt. Gov. Janice McGeachin. No one has released any polling this year to indicate if Little is at all vulnerable, but he’s enjoyed a massive fundraising edge over McGeachin, who spent the pandemic trying to undermine the governor’s efforts to mitigate the spread of the virus. Also in the race are Bonner County Commissioner Steven Bradshaw and financial advisor Ed Humphreys.

NEVADA GOVERNOR. A new poll of Nevada’s GOP primary for governor, conducted by Democratic pollster Public Policy Polling on behalf of the DGA, finds Clark County Sheriff Joe Lombardo leading with 26% of the vote while former Sen. Dean Heller and North Las Vegas Mayor John Lee are tied at 13 apiece. Attorney Joey Gilbert is just behind at 12%, Las Vegas Councilwoman Michele Fiore takes 8, and businessman Guy Nohra brings up the caboose with just 1%, though a 27% plurality are undecided. The general picture is similar to that found in the only other public poll released this year, a survey from GOP firm OH Predictive Insights that had Lombardo at 28 and everyone else in single digits.

RHODE ISLAND GOVENROR. Businesswoman Ashley Kalus, who filed paperwork for a possible bid for governor last month, will reportedly enter the contest “within the next two weeks,” according to NBC 10 News. Kalus would be the first notable Republican in the race.

PENNSYLVANIA GOVERNOR. Democrat Josh Shapiro’s allies at Pennsylvania Works are airing a commercial commending him for standing up to “goliaths” and “bullies” as attorney general.

Bonta’s most formidable foe may be Sacramento County District Attorney Anne Marie Schubert, a former Republican who became an independent in 2018 and, with the support of law enforcement unions, has been campaigning as a tough-on-crime prosecutor. While Schubert’s lack of a party affiliation could be an asset in a general election in this blue state, though, she’ll need to first put together enough votes to get past the actual Republicans in the top-two primary. Team Red’s most notable contender is former federal prosecutor Nathan Hochman.

IDAHO ATTORNEY GENERAL, Five-term Attorney General Lawrence Wasden faces an intra-party challenge from former Rep. Raúl Labrador, who spent his four terms in the House as one of the most prominent tea party shit-talkers before losing his 2018 bid for governor in the GOP primary, as well as conservative activist Art Macomber. Labrador has been trying to take advantage of the incumbent’s many battles with a legislature that’s dominated by far-right hard-liners by arguing that he’d “be a true partner with conservative lawmakers in the Legislature as they work to draft and write good laws that will stand up against the gamesmanship of activist judges.”

GEORGIA SECRETARY OF STATE. Republican incumbent Brad Raffensperger’s refusal to participate in the Big Lie earned him a Trump-backed primary challenge from Rep. Jody Hice, who eagerly went along with Trump’s attempt to overturn his defeat. The GOP field also includes former Alpharetta Mayor David Belle Isle, who lost to Raffensperger in 2018, and one other contender. On the Democratic side, state Rep. Bee Nguyen, who would be the first Asian American elected statewide, is the overwhelming favorite to advance, while Libertarian Ted Metz is also running.