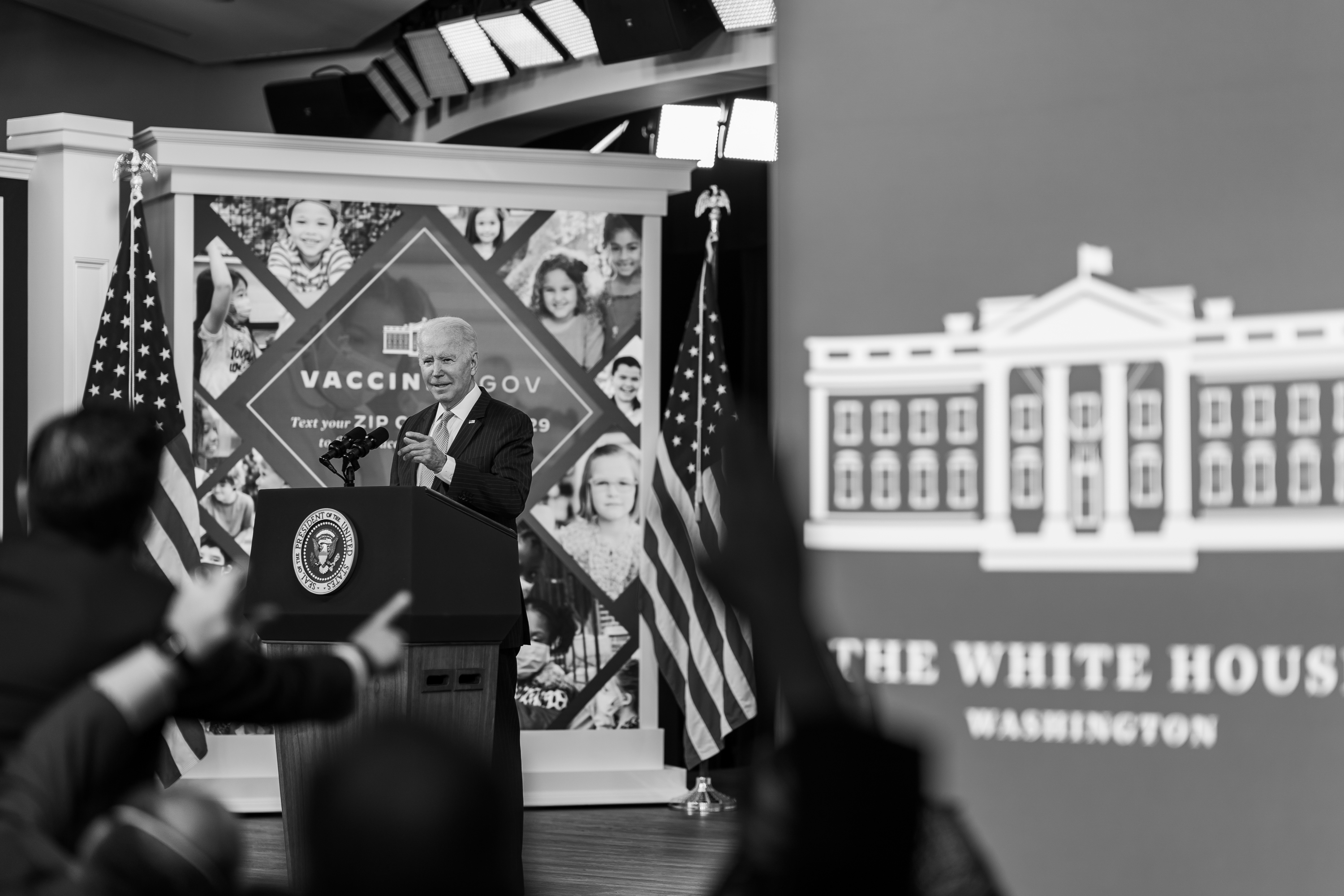 ARKANSAS 1ST CD. Rep. Rick Crawford faces opposition in the Republican primary from state Rep. Brandt Smith and attorney Jody Shackelford, but neither of them look like they’ll give him a tough time in this eastern Arkansas seat. Smith launched his campaign in August but ended the year with just over $7,000 on hand, while Shackelford didn’t start fundraising until this year. The only Democrat is state Rep. Monte Hodges, who faces a very tough task in a district Trump would have carried 69-28.

ARIZONA 2ND CD. Navajo Nation Vice President Myron Lizer announced this week that he was joining the August Republican primary to take on Democratic Rep. Tom O’Halleran, who is defending a sprawling constituency in northeastern Arizona that would have backed Trump 53-45. Lizer was elected to his current post as the running mate of Jonathan Nez, who identifies as a Democrat, but the VP was an ardent Trump supporter in 2020. Last week, he also defied the Navajo Nation’s strict masking requirements when he appeared maskless to greet the so-called “People’s Convoy” and told them, “The People are rising up. The People are dissatisfied.”

COLORADO 5TH CD. State Rep. Dave Williams, who is challenging Rep. Doug Lamborn in the June Republican primary for this safely red seat, has announced that he’ll try to make the ballot by competing at the April 8 party convention. U.S. House candidates in Colorado can advance to the primary either by turning in 1,500 valid signatures or by winning at least 30% of the delegates’ support at their party gatherings, which are also known locally as assemblies.

While Lamborn has struggled in the past to reach the primary, state officials say he’s already turned in the requisite number of petitions. The incumbent, though, says he’ll still take part in the convention. Candidates are allowed to try both routes, and while anyone who takes less than 10% of the vote at the assembly is automatically disqualified no matter how many signatures they’ve gathered, there’s probably little chance Lamborn fails to clear this very low bar.

FLORIDA 10TH CD. Democrat Aramis Ayala, who is the former state’s attorney for Orange and Osceola counties, announced Wednesday that she was ending her congressional campaign and would instead challenge Republican Attorney General Ashley Moody.

MISSISSIPPI 4TH CD. Mississippi’s filing deadline for its June 7 primary passed Tuesday, and the state has a list of candidates here. Candidates must win a majority of the vote in order to avoid a June 28 runoff.

The only major race this year is the Republican primary for the safely red 4th Congressional District along the Gulf Coast. The holder of that seat, Rep. Steven Palazzo, is facing an ethics investigation into charges that he illegally used campaign funds for personal purposes. The incumbent has six intra-party opponents, and no candidate has emerged as his chief challenger at this point. The only poll we’ve seen was a December Palazzo internal from Public Opinion Strategies that showed him in strong shape with 65% of the vote.

Four of the congressman’s rivals, though, have the resources to make their case against him. The candidate who ended 2021 with the most money is self-funder Carl Boyanton, who had $525,000 to spend; Boyanton, however, ran in 2020 as well and took fourth with a mere 9%. Banker Clay Wagner, who has also poured his own money into his campaign, had $305,000 to spend while two elected officials, Jackson County Sheriff Mike Ezell and state Sen. Brice Wiggins, had $155,000 and $123,000 on hand, respectively, while the remaining two had less than $5,000. Palazzo himself had $385,000 available to defend himself.

TEXAS 8TH CD. The Associated Press on Thursday called the March 1 Republican primary for Navy SEAL veteran Morgan Luttrell, who secured an outright win by taking 52% of the vote in an expensive 11-way contest. Political operative Christian Collins, who is a former campaign manager for retiring Rep. Kevin Brady, was a distant second with 22%. This seat, which includes the northern Houston area and nearby rural counties, is safely red.

The frontrunners, who both stressed their conservative credentials and loyalty to Trump, disagreed on little, but they had the support of very different factions within the party. Luttrell had in his corner House Minority Leader Kevin McCarthy and the Congressional Leadership Fund, which aired ads for him, as well as former Gov. Rick Perry and Lt. Gov. Dan Patrick. Collins, meanwhile, had the support of Sen. Ted Cruz and his allies in the nihilistic House Freedom Caucus, while a Cruz buddy, banker Robert Marling, financed several super PACs that have spent heavily here. Luttrell far outspent Collins, and while Collins’ outside allies deployed $1.4 million compared to $1 million for Luttrell’s side, it wasn’t enough to even force a second round of voting.

MICHIGAN 13TH CD. Former Detroit General Counsel Sharon McPhail, a Democrat who served a single term on the City Council in the 2000s, tells MIRS News in a paywalled report that she’s “going to be on the ballot” for the August primary in Michigan’s safely blue 13th District. McPhail ran for mayor three times (in 1993, 2005, and 2009) but fared poorly on each occasion. However, a new poll from Target-Insyght taken for the state Democratic Party’s Black Caucus shows that she’d start off in first place with 24% of the vote while state Rep. Shri Thanedar takes 12 and former Detroit Police Chief Ralph Godbee is at 11, with all other candidates in single digits and 31% undecided.

TEXAS 3RD CD. Republican Rep. Van Taylor shocked Texas politicos Wednesday by announcing that he was ending his re-election campaign because of an affair the married congressman had with a woman who had fled her ISIS terrorist husband years ago, a move that came hours after he was forced into a primary runoff against former Collin County Judge Keith Self. Taylor said he would be taking his name off the May runoff ballot, which will automatically make Self the GOP nominee. Self will now be the clear favorite to win the general election in a Plano-based seat the GOP legislature aggressively gerrymandered: While Trump took the old version just 50-49, the new 3rd District would have supported him 56-42.

In the primary that took place only the day before, Taylor took 49% of the vote―just below the majority he needed to win outright―while Self beat out businesswoman Suzanne Harp 27-21 for what turned out to be a very important second runoff spot. Self, who was badly outspent, used the campaign to bash Taylor for voting to accept Joe Biden’s Electoral College victory in the hours after the attack on the Capitol and for supporting the creation of a Jan. 6 commission, but there was no talk from him about any personal scandal involving his opponent.

The beneficiary of that new map and Taylor’s failure to claim a majority on Tuesday is Self, a hardline conservative who has his own long record in local politics. Self ran for Congress all the way back in 2002 for the 26th District, but physician Michael Burgess beat him 22.5-22.2 to claim the second spot in the runoff (Burgess won the nod in an upset and remains in the House). Self bounced back in 2006 by winning the race for Collin County judge, an executive post that’s the rough equivalent of a county executive, and he quickly established a reputation for picking fights with other members of the local government.

Self faced a serious renomination fight in 2010 from Plano School Board member John Muns, who tried to portray himself as the true conservative in the race. The judge, who had his own ardent right-wing support, again made headlines during that campaign when he pushed back on a Muns attack by quoting the Nazi propaganda minister Joseph Goebbels saying, “If you tell a lie big enough and keep repeating it, people will eventually come to believe it.” Self defended his actions by insisting that, while he wasn’t linking Muns to the Nazis, “I said he was using the method. There’s a huge difference. This is one of those things where the PC police immediately go crazy.”

Self prevailed 58-42 ahead of an easy general election win (Muns himself was elected mayor of Plano last year), and while he considered running for the 3rd in 2018, he retired that year instead. He looked like a longshot when he announced his own primary bid against Taylor in October, whom he went after for accepting Biden’s victory, and he still seemed to be the clear underdog after the incumbent only narrowly failed to win a majority on Tuesday. The congressman’s self-destruction, though, now puts Self on a glide path to win a House seat 20 years after his first attempt.

OKLAHOMA 2ND CD. State Sen. Marty Quinn on Wednesday became the first notable candidate to announce a bid to succeed Rep. Markwayne Mullin, a fellow Republican who is giving up this safely red seat in eastern Oklahoma to run for the Senate. The filing deadline is April 15, so other potential contenders have about a month-and-a-half to mull over their options.

OREGON 6TH CD. State Rep. Andrea Salinas has earned an endorsement from 1st District Rep. Suzanne Bonamici, who currently represents just over 40% of this new seat, in the May Democratic primary.

NORTH CAROLINA 1ST CD. Democratic state Rep. James Gailliard, who had announced a bid for Congress in November after North Carolina Republicans passed their first gerrymander—which was since struck down by the courts and replaced with a much fairer map—has instead filed for re-election.

PENNSYLVANIA 10TH CD. Carlisle School Board member Rick Coplen, a Democrat who had announced a state Senate bid last week, declared Tuesday that he would instead challenge Republican Rep. Scott Perry. Coplen, who is an Army veteran and professor at the U.S. Army War College, said he made his decision after 2020 nominee Eugene DePasquale said Monday that he wouldn’t seek a rematch against Perry, who heads the nihilistic House Freedom Caucus. The redrawn version of this Harrisburg-based seat would have favored Trump 51-47.