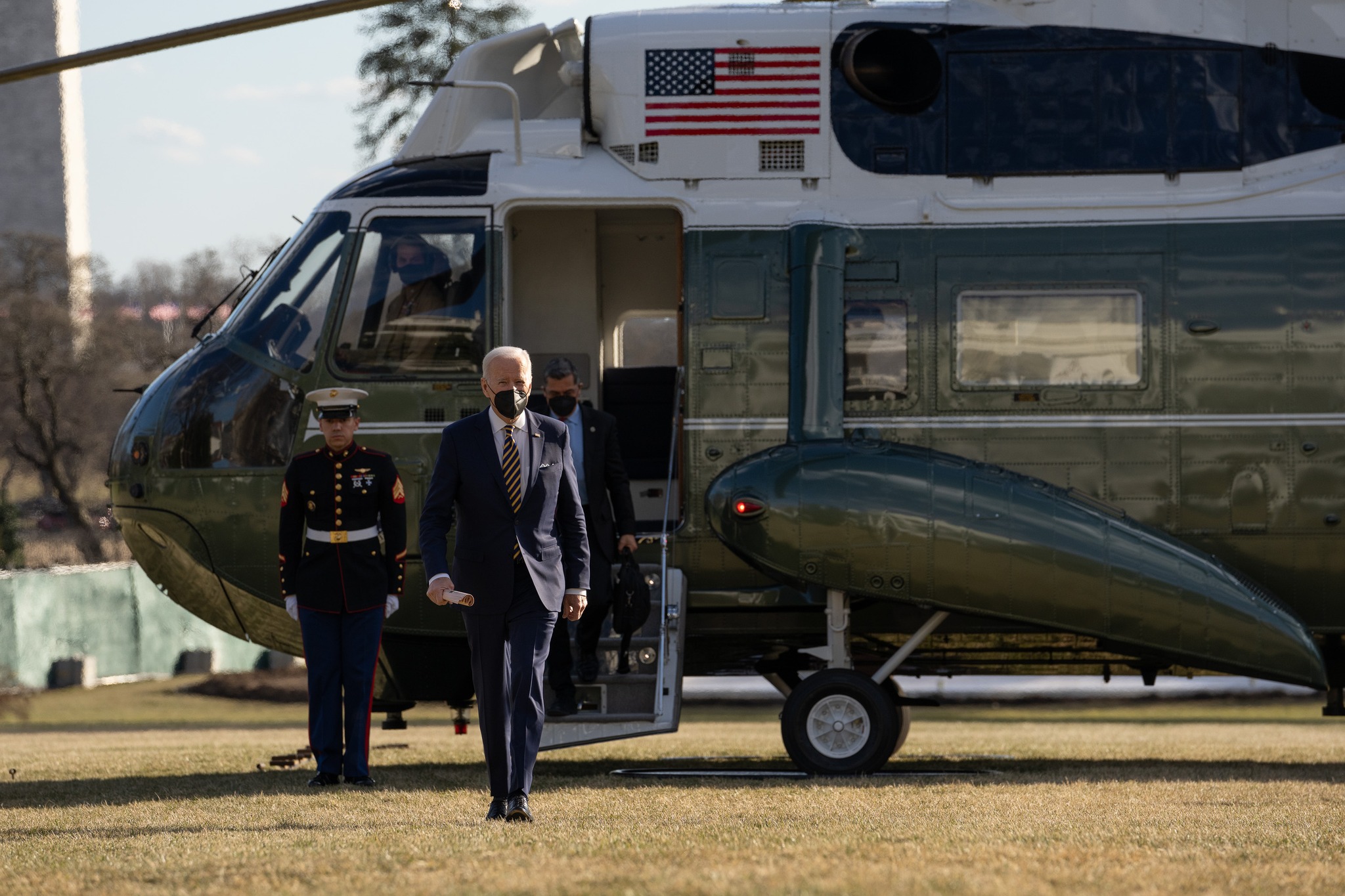 “Ukraine’s defenders held on to the country’s capital, Kyiv, on the fourth day of Russia’s invasion and engaged in urban combat in its second-largest city, Kharkiv, as Western governments stepped up their sanctions against Moscow,” the Wall Street Journal reports.

“Russia signaled its openness to talks with Kyiv, saying that it sent Vladimir Medinsky, an aide to President Vladimir Putin, to the Belarusian city of Homel for negotiations with Ukraine.”

“Ukrainian President Volodymyr Zelensky responded by saying that he is ready for talks in any country other than Belarus, one of the launchpads for the Russian invasion.” Said Zelensky: “Of course we want peace, we want talks, we want the end of the war. We accept any city in any country from which rockets are not being fired at us.”

“President Volodymyr Zelensky of Ukraine agreed on Sunday to talks with Russia ‘without preconditions,’ even as President Vladimir Putin further escalated tensions by placing his nuclear forces on alert,” the New York Times report.

“Details of exactly when the meeting would take place or who would participate were not immediately clear. Mr. Zelensky earlier on Sunday had rejected holding talks in Belarus — as Russia has been demanding — because Russia staged part of its invasion from Belarus after amassing troops in the country for months. But Mr. Zelensky’s stance shifted after he held a phone call with Mr. Lukashenko, who is Mr. Putin’s closest international ally.”

Europe is taking additional steps to isolate Russia and wage economic warfare. BP has announced that it will end it’s 20% stake in Russian oil giant Rosneft and BP’s chairman has resigned form the Rosneft board.

Meanwhile, the EU is moving to shut down Russian propaganda outlets Sputnik and RT.

World protests against Putin’s war only continue to grow. A Berlin peace rally yesterday brought an estimated 100,000 people into the streets.

Even the famously neutral Switzerland is discussing a potential freezing of Russian assets in the country.

President Joe Biden said his goal “from the very beginning” was to keep America’s allies on the same page, as Russian leader Vladimir Putin believed he could “split NATO” and proceed with his invasion of Ukraine without encountering much in the way of international resolve or resistance, Politico reports.

Instead, Putin is “producing the exact opposite effect that he intended.”

In another stunning show of Russian government division, a top Russian official reportedly privately apologized for the war during a virtual UN climate meeting on Sunday.

“We’re seeing a small, feral-eyed man who was trying to shape the world in the image where, once again, Russia would be an empire, and that’s not going to happen.” — Sen. Mitt Romney (R-UT), quoted by The Hill, on Russian president Vladimir Putin.

Former Attorney General William Barr writes in a new book that former President Donald Trump has “shown he has neither the temperament nor persuasive powers to provide the kind of positive leadership that is needed,” and that it is time for Republicans to focus on rising new leaders in the party, the Wall Street Journal reports.

Barr writes that he was convinced that Trump could have won re-election in 2020 if he had “just exercised a modicum of self-restraint, moderating even a little of his pettiness.”

Said Barr: “The election was not ‘stolen.’ Trump lost it.”

“Scientists released a pair of extensive studies on Saturday that point to a market in Wuhan, China, as the origin of the coronavirus pandemic,” the New York Times reports,

“Analyzing data from a variety of sources, they concluded that the coronavirus was very likely present in live mammals sold in the Huanan Seafood Wholesale Market in late 2019 and suggested that the virus twice spilled over into people working or shopping there. They said they found no support for an alternate theory that the coronavirus escaped from a laboratory in Wuhan.”

“Jared Kushner has toured Persian Gulf monarchies with a pitch for his new $3 billion fund: Get a piece of deals made possible by Trump administration diplomatic initiatives such as the Abraham Accords, which forged Israeli relations with several Arab states,” the Wall Street Journal reports.

“Planned Parenthood clinics in the five states neighboring Texas saw a nearly 800% increase in abortion patients from the Lone Star State after a six-week ban went into effect in September,” CNN reports.

New York Times: “Mr. [Robert F. Kennedy, Jr.’s] rise as the face of the vaccine resistance movement has tested as never before the solidarity of a family that has for decades remained resolute in the face of tragedy and scandal. It has rattled the Hollywood and entertainment circles that he inhabits, while showing how the vaccine debate is upending traditional political alliances.”

“And it has left the Kennedys and his friends anguished and mystified about the dramatic turn in the often troubled life of a man who was a pallbearer at his father’s funeral when he was 14, who emerged from drug addiction to become one of the leading environmentalists in the country and who is regarded as among the most politically gifted Kennedys of his generation.”

“Germany will boost military spending above 2% of GDP and create a strategic natural-gas reserve, Chancellor Olaf Scholz said Sunday, marking a significant shift in the country’s defense and energy policies in reaction to Russia’s war in Ukraine,” the Wall Street Journal reports.

“The measures, all of which had long been resisted by successive governments and will now be reflected in this year’s budget, underline how profoundly Russia’s attack on Ukraine is upending European politics after almost eight decades of nearly uninterrupted peace on the continent.”

“Donald Trump condemned Russia’s invasion of Ukraine and said he was praying for Ukrainians, switching tone from his praise for Russian President Vladimir Putin earlier this week,” Reuters reports.

Said Trump: “The problem is not that Putin is smart, which, of course, he’s smart. The problem is that our leaders are dumb… and so far, allowed him to get away with this travesty and assault on humanity.”

CNN notes he even called Ukrainian President Volodymyr Zelensky “a brave man” amid Russia’s deadly invasion of his country.

“The scope of federal power to reduce greenhouse-gas emissions comes before the Supreme Court on Monday, as a coalition of Republican-led states seeks to limit measures the Environmental Protection Agency can impose on power plants,” the Wall Street Journal reports.

“Fencing around the U.S. Capitol is being reinstalled in advance of Tuesday’s State of the Union address, authorities announced Sunday in a statement that also referred to potential protests in the city over the next two weeks,” the Washington Post reports.