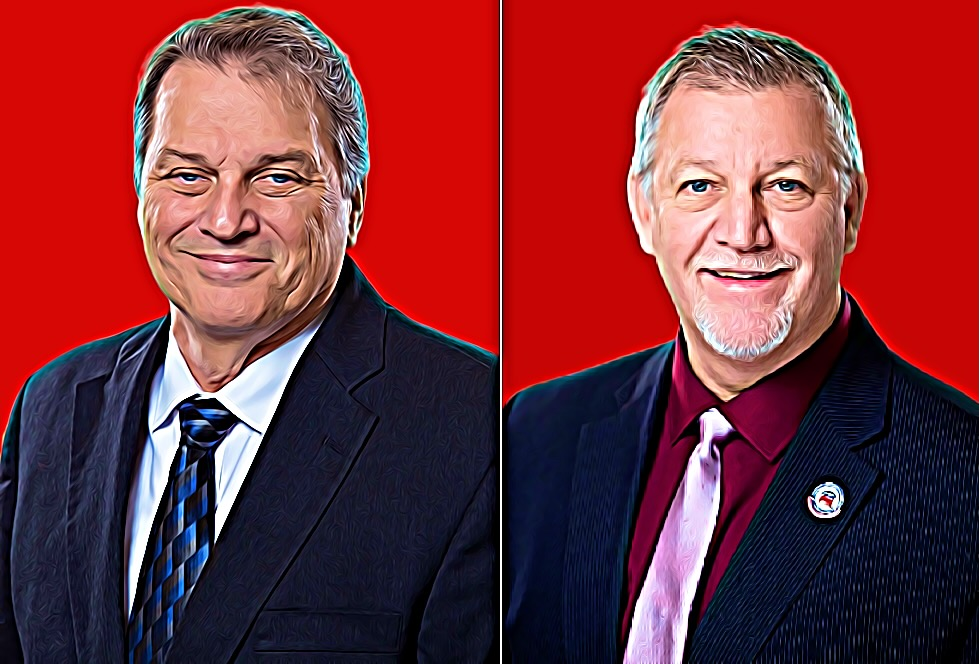 Fresh off their national counterparts in the Senate Republicans releasing a plan that would raise taxes on 100 million of the poorest Americans, Delaware Republicans are introducing several bills that seek to punish transgender teens, give parents a veto over every lesson plan teachers prepare in school that they might disapprove of, and a constitutional amendment to give parents complete control of their children no matter the circumstance.

The latter two of these bills/amendments have not yet been introduced and are not yet represented by an actual filed bill in the General Assembly. But we assume they will get around to it once they finish getting Putin’s Talking Points from Tucker Carlson.

First, Senate Bill 227, or the “Fairness in Women’s Sports Act.” This Act generally requires a student athlete to compete for athletic teams or in sports associated with their biological sex, as determined at or near birth and based on the student’s birth certificate or other government record if a birth certificate is unobtainable. An exception is permitted to allow female athletes to compete in male sports if a corresponding female sport is not available.

So they would ban transgender students from participating in sports, and they are cloaking this discrimination in the cover of protecting women. “Real biological” women, that is. Let’s get some facts. From CBS News:

There are 1.4 million adults who identify as transgender in the U.S., which is less than 1% of the population in each state, according to the Williams Institute at UCLA’s law school. That number is more difficult to determine for trans children because many are in various stages of transitioning or possibly fear for their safety.

Harper, the British researcher, said her research tells a different story: the difference in athleticism between girls and boys before puberty is almost inconsequential and doesn’t require separate sports teams, much less a ban on transgender athletes. When students begin to mature, she said, the larger differences can start to become more apparent, but only translate outright to athletic performance in sports like track and field or sprinting, where athletes perform in solo events.

“Most sports don’t rely on just one aspect or another of athleticism, and they are a combination of athletic attributes, skill, resources, game time, acumen and all sorts of other things. It’s very difficult to quantify, say, team sports,” Harper said. […]

And then there is this, and it is something that Republicans definitely do not care about:

More than half of transgender and non-binary youth have seriously considered suicide, according to the Trevor Project’s National Survey on LGBTQ+ mental health, with over 40% of respondents reported being physically harmed or threatened because of their orientation.

“Trans children are really walking around with targets on their back in this country right now, and the kind of mental health and long-term impact that has on people’s life chances really can’t be understated,” said Gill-Peterson.

The survey found that 61% of transgender youth said they were discriminated at schools more than anywhere else. But the survey also found that respecting and affirming the identity of trans students was “consistently associated with lower rates of suicide attempts,” as trans youth who said their pronouns and identity were respected by most or all of the people in their life had their suicide rates cut in half.

Where these bills pass in conservative states, they are already being challenged as both unconstitutional and illegal under Title IX, since that part of the U.S. code prohibits discrimination against students in schools on the basis of sex.

Regardless, this bill will never see the light of day.

Second, Republican Representative Charles Postles intends to introduce a bill that will be known as the Delaware Education Right to Know Act. “Teachers are trained professionals and need the freedom to effectively carry out their essential mission,” Rep. Postles said. “At the same time, parents should have access to what their children are being taught as well as what policies schools have set on important issues.” Well, Charlie, parents can do that already by going to Parent Teacher conferences, orientation night, and reviewing their child’s homework on a daily or weekly basis. And parents can contact teachers already via email or by phone whenever concerns arise.

Under the measure, each Delaware public school, including charter schools, would need to establish a web portal on which the public would be able to access the following information:

Parents and guardians would also be assured of an opportunity to meet with the
educators teaching their children at least once each academic year. The superintendent of each public school district, or the head of each charter school, in consultation with teachers, would have the flexibility for determining the timing and method for satisfying this requirement.

This all sounds fine, but the reason it sounds fine is that I am pretty damn sure all of this is already being done. My brother and several of my friends are teachers. They already do this. What Republicans want to do is allow parents the opportunity to object to a teacher’s course plans, and I have seen rumors that this bill will contain provisions that will require teachers to prepare and disseminate their lesson plans for the entire year months in advance so parents can object to their child being taught that slavery once existed and white people were responsible for it.

Finally, Rep. Postles and Senator Bryant Richardson are going to introduce an Amendment to the Delaware Constitution that will hold that parents have a fundamental right to the “care, custody and control of their child.”  They will call it the Parental Rights Protection Amendment, and they maintain it is needed to protecct parental authority against government encroachment.

The supposed motivation for this is the 2017 regulation from the Delaware Department of Education that would have allowed school children of any age to self-select their gender and racial identities without parental notification or consent.

“The rights of parents should be obvious, but we are finding out that potentially life-altering decisions are being made on behalf of a child without parental knowledge,” Sen. Richardson said. “Even if those making the decisions feel they are doing this in the best interests of the child, no government agency or medical professional should be making decisions better left to the discretion of parents.”

Um, the government is not making this decision. The student is. And the student is being allowed to make a decision about their identity. What Republicans want to do is to give parents a veto over their child’s decision. If the child feels the need to not have his or her parents involved in such a decision, that speaks more to the kind of parents they are, rather than to any perceived governmental overreach.

The core of the proposed Parental Rights Protection Amendment states: “Neither the state, nor any agency of the state, nor any political subdivision of the state, shall infringe on the parental right as provided under this article without demonstrating that the interest of the government as applied to the parent or child is a compelling interest addressed by the least restrictive means.”