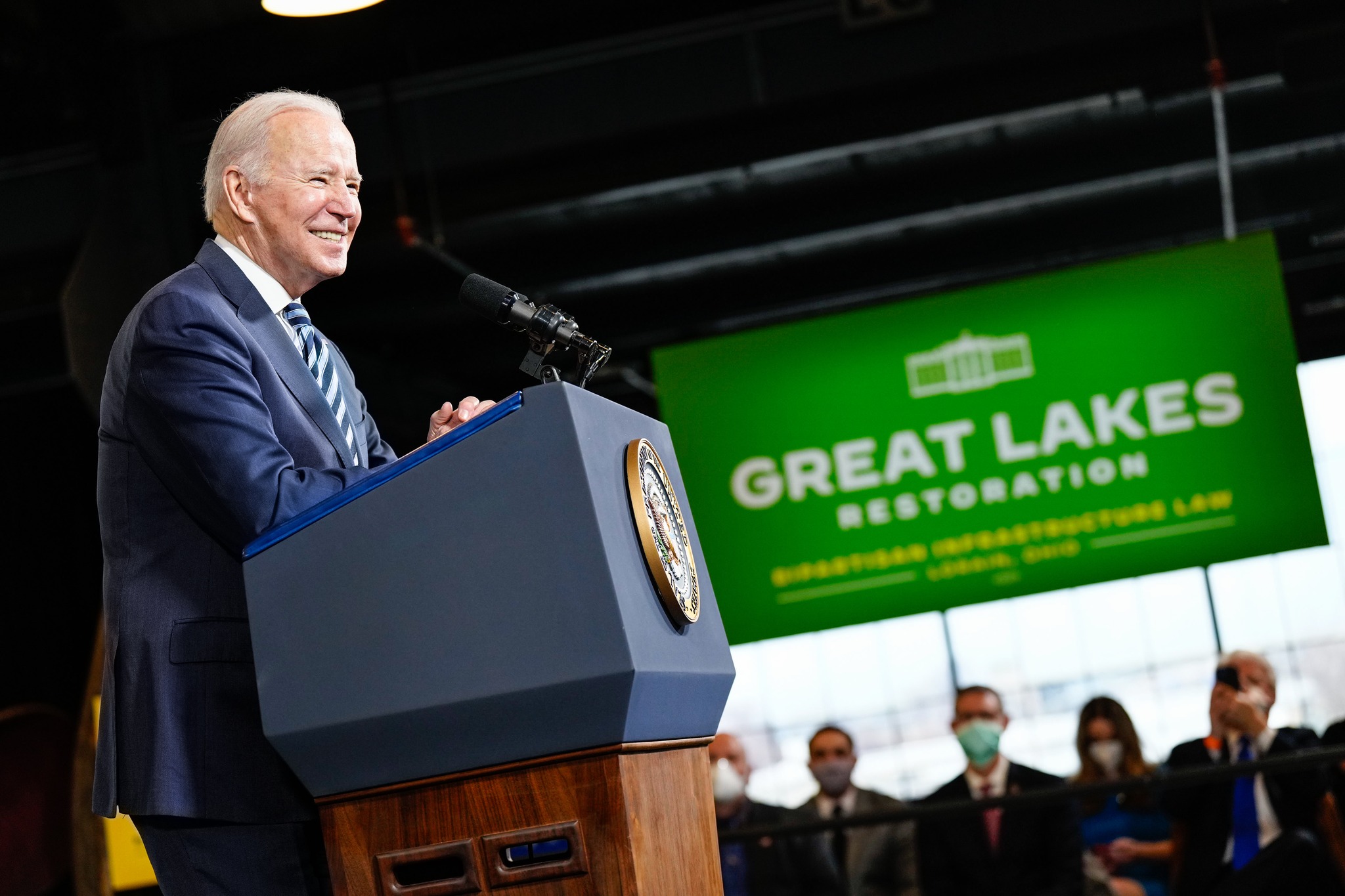 A new Dallas Morning News/UT-Taylor poll in Texas finds Gov. Greg Abbott (R) with a 7-point lead over Beto O’Rourke (D), 45% to 38% in the race for governor.

Harry Enten: “Most polls you’re looking at right now are likely underestimating Republicans’ position heading into the midterm election cycle. It’s not that the polls are ‘wrong.’ Rather, it’s that most polls at this point are asking all registered voters who they’re going to vote for in November, when it’s likely only a distinct subset of voters who will cast a ballot.”

“The voters who will actually turn out for the fall election are likely going to be disproportionately Republican based on current polling data and history.”

Elaine Kamarck and William Galston have a stark warning for Democrats: “A Democratic loss in the 2024 presidential election may well have catastrophic consequences for the country.”

Dan Balz says the authors argue that the Trump-led Republican Party “presents the most serious threat to American democracy in modern times. The Democrats’ first duty, they argue, should be to protect democracy by winning in 2024; everything else should be subordinated to that objective.”

“But they argue that the Democrats are not positioned to achieve that objective.”

“All three Dems are speaking out with startling candor about the impending Repubocalypse. Many Americans are fed up. The jumbled Covid response has eroded an already shaky trust in government. Inflation is biting. War is looming. Things feel out of control. People are anxious and reassessing their lives. Democrats have to connect with that.”

SOUTH CAROLINA 1ST CD. Rep. Nancy Mace (R-SC) told The State that she will win reelection despite not having the support of former President Trump. Said Mace: “I’m gonna win without him.”

“Searching for a strategy to avoid a 2022 midterm disaster, advisers to President Biden have discussed elevating a unifying Republican foil not named Donald Trump,” Axios reports.  “Biden confidants worry that House Minority Leader Kevin McCarthy is too unknown, that Biden won’t demonize Senate Minority Leader Mitch McConnell because of their longstanding and collegial relationship and that elevating Florida Gov. Ron DeSantis could backfire.”

Washington Post: “Education has long been a strength for Democrats, an issue they dominated even when Republicans had the edge on other matters. But this year, Democrats are being tested like never before as the party confronts a multipronged attack from Republicans in a challenging election year. They disagree about the best response.”

“The debate will unfold in campaigns up and down the ballot, but it will be particularly relevant in the gubernatorial contests, because governors have a significant say in education policy.”

ARIZONA U.S. SENATOR. Gov. Doug Ducey is still keeping everyone guessing about whether or not he’ll launch a bid ahead of the April filing deadline, and Politico reports, “Three people familiar with Ducey’s thinking said he is unlikely to enter the crowded Republican Senate primary, but has still not completely ruled it out.”

OHIO U.S. SENATOR. Former state party chair Jane Timken’s new ad features her standing with photos of four of her opponents in the May Republican primary, all of whom are men (only state Sen. Matt Dolan isn’t included), and saying, “We all know guys who overcompensate for their inadequacies, and that description fits the guys in the Senate race to a T.” She then shows a photo of her grinning next to Donald Trump and proclaiming “Well, I’m different. I’m the MAGA conservative with a backbone.” Her team tells Fox the spot is part of a six-figure buy.

ALASKA GOVERNOR. While a media report over the summer said that state Sen. Natasha von Imhof was considering an intra-party challenge to Republican incumbent Mike Dunleavy, she said Tuesday that she wouldn’t run for anything, including re-election, in 2022.

OHIO GOVERNOR. The Ohio Republican Party’s state central committee voted 36-26 on Friday to endorse Gov. Mike DeWine in the May primary, which cleveland.com says will make him the only candidate with “access to the state party’s voter data, campaign services, field staff support, and bulk-mail permit, among other perks.”

NEW YORK GOVERNOR. Gov. Kathy Hochul won 86% of the weighted vote at Thursday’s state Democratic convention, which both got her the party endorsement and prevented any of her opponents from taking the 25% needed to earn an automatic place on the June primary ballot. New York City Public Advocate Jumaane Williams took 12.5% even though Politico reports that he was “actively working” to get the requisite quarter of the vote, while Rep. Tom Suozzi did not submit his name for consideration; both of Hochul’s opponents can still qualify for the ballot as long as they turn in 15,000 valid signatures by the April 7 filing deadline. The governor also picked up an endorsement from Hillary Clinton at that same event.

PENNSYLVANIA GOVERNOR and 6TH CD. The Philadelphia Inquirer’s Jonathan Tamari tweets that “a number of prominent Republicans are encouraging” Guy Ciarrocchi, who is the former president of the Chester County Chamber of Business and Industry, to drop out of the GOP primary for governor in favor of taking on Democratic Rep. Chrissy Houlahan. Tamari adds, “It’s unclear how seriously Ciarrocchi is considering any move to a House campaign.”

WISCONSIN GOVERNOR. Republican Tommy Thompson says he’ll decide by the end of April whether he’ll run against Democratic Gov. Tony Evers to reclaim the office he gave up over 20 years ago.

ILLINOIS 15TH CD. The Illinois Farm Bureau has endorsed Republican Rep. Rodney Davis in this sprawling rural seat even though fellow Rep. Mary Miller, his opponent in the June incumbent vs. incumbent primary, is a farmer.

MICHIGAN 10TH CD. Macomb County Judge Carl Marlinga said Thursday that he would step down from the bench in a few weeks as he considers a bid for the Democratic nomination in this open seat. A recent poll from local firm Target-Insyght gave Marlinga a 48-45 lead over Army veteran John James, who was the GOP’s two-time Senate candidate, in a hypothetical general election, little changed from the 46-43 edge it found last month.

MINNESOTA 1ST CD. Republican Rep. Jim Hagedorn, who was elected in 2018 to represent Minnesota’s 1st Congressional District in the southern part of the state, died Friday at the age of 59 after a two-year battle with kidney cancer.

Secretary of State Steve Simon says that state law requires a special election primary take place on May 24 with the general election on Aug. 9, which is the same day as the regular statewide primary; the special election will be held under the congressional lines that have been in place for a decade. Simon adds that candidate filing must also conclude no later than March 15. Hagedorn’s constituency used to be very competitive territory in presidential elections, but Donald Trump carried it 54-44 in 2020 as Hagedorn was winning re-election by a considerably smaller 49-46 spread.