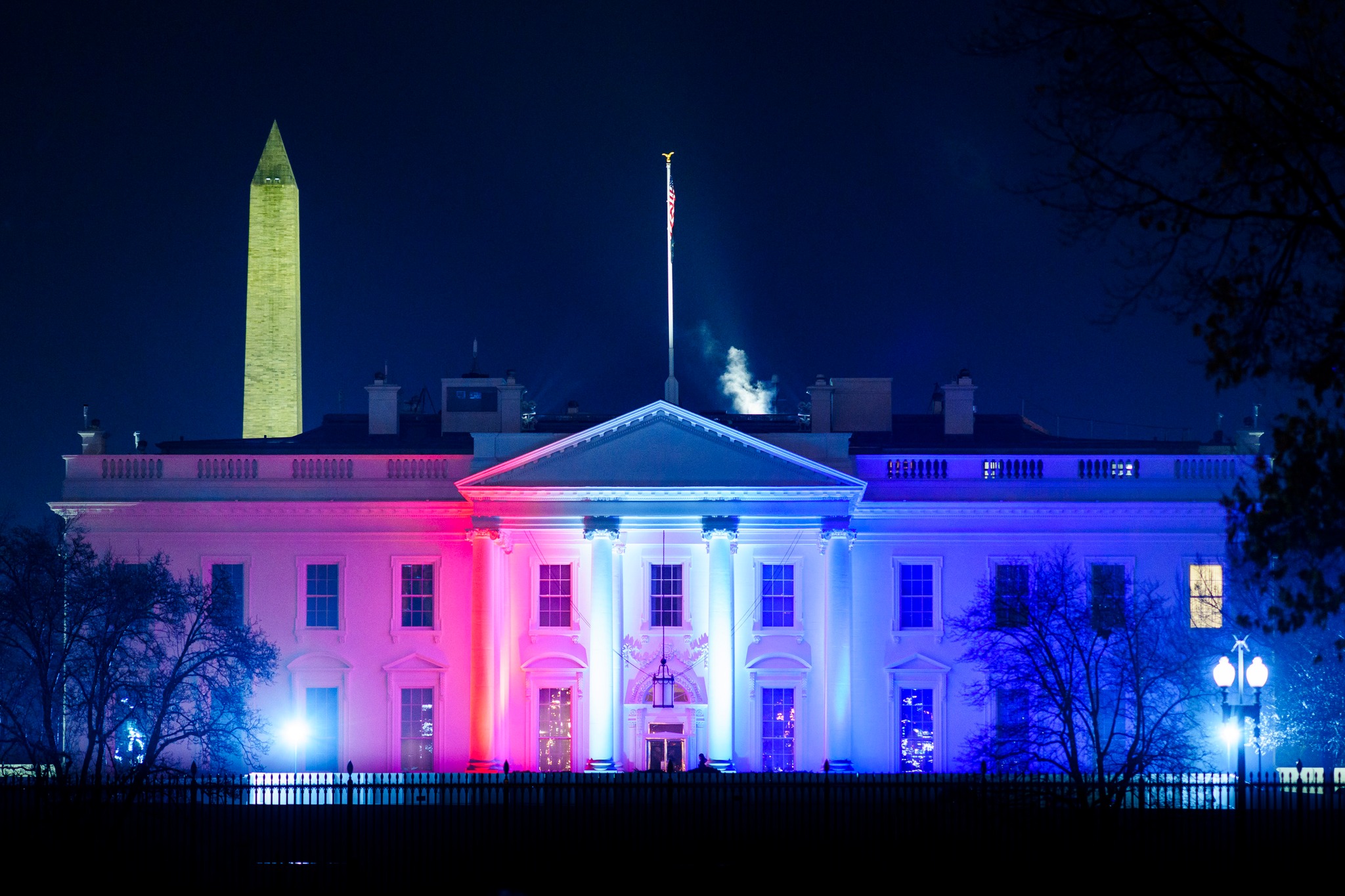 “Russia is close to completing preparations for what appears to be a large-scale invasion of Ukraine that could result in up to 50,000 civilian deaths, decapitate the government in Kyiv within two days, and launch a humanitarian crisis with up to 5 million refugees fleeing the resulting chaos,” the Washington Post reports.

New York Times: “Senior Biden administration officials told lawmakers this past week that they believed the Russian military had assembled 70 percent of the forces it would need to mount a full invasion of Ukraine, painting the most ominous picture yet of the options that Russia’s president, Vladimir Putin, has created for himself in recent weeks.”

“During six hours of closed meetings with House and Senate lawmakers on Thursday, the officials warned that if Mr. Putin chose the most aggressive of his options, he could quickly surround or capture Kyiv, the capital, and remove the country’s democratically elected president, Volodymyr Zelensky.”

The St. Louis Post-Dispatch slammed Sen. Josh Hawley (R-MO) n an editorial:  “We thought Hawley should’ve resigned his Senate seat for his role in the Capitol insurrection, but the idea that the United States should kneel down to Russia over Ukraine underscores how grossly unfit Hawley is to continue in office.”

I mean, doing the exact same thing as the Nazis pretty much means you are a Nazi.

Washington Post: “After years of being branded a racist for his inflammatory comments and actions, Trump and some of his allies are attempting to turn that label back on their critics. In the process, they have wielded their own definition of racism, one that disregards the country’s history of racial exclusion that gives White people a monopoly on power and wealth. To make America more equitable, they argue, everyone must be treated equally — and, therefore, White men must not in any way be disadvantaged.”

“This diverging definition of racism — often coupled with imagery, symbolism and quotes from the civil rights and other movements — reflects deep and often partisan divisions about what, if anything, needs to be done to produce a more equitable America.”

Washingtonian: “All but banished from Washington after January 6, Ivanka Trump and Jared Kushner have been hiding out in a little no-frills town in South Florida. Its Trumpy mayor couldn’t be more thrilled, but the former First Kids have had a frostier welcome from another set of locals.”

New York City Mayor Eric Adams apologized for a 2019 video showing him bragging about being a better cop than his “cracker” colleagues in the New York police department, the New York Daily News reports.  Said Adams: “I definitely apologize. Inappropriate, inappropriate comments, should not have been used… I apologize not only to those who heard it, but to New Yorkers because they should expect more from me. That was inappropriate.”

“South Dakota Gov. Kristi Noem (R) signed a bill Thursday that bans transgender girls and women from playing on female sports teams, making the state the first this year — and the 10th nationwide — to enact such a bill into law,” NBC News reports.

“A Republican-controlled South Dakota House committee declined Wednesday to consider a proposal from Gov. Kristi Noem aimed at banning nearly all abortions, stifling a top item on the governor’s agenda,” the AP reports.  “The Republican governor loudly trumpeted her proposal this year, which would have mimicked the private enforcement of a Texas law and prohibited abortions once medical professionals can detect fetal cardiac activity.”

“A committee of the Alaska House of Representatives voted Monday morning to remove Rep. David Eastman (R) from legislative committees, but a vote of the full House was canceled,” the Anchorage Daily News reports.  “In a 5-2 vote, the House’s Committee on Committees voted early Monday to remove Eastman from legislative committees in response to his membership in the Oath Keepers, a far-right paramilitary organization whose leaders have been charged with seditious conspiracy during the Jan. 6, 2021, attack on the U.S. Capitol by supporters of former President Donald Trump.”

Florida Gov. Ron DeSantis (R) has refused to condemn a Nazi rally that took place in Orlando over the weekend, claiming that those asking him to condemn the Nazi rally are trying to “smear” him, the Jerusalem Post reports.  DeSantis claimed those asking him to condemn the Nazis tried to “use this as some type of political issue… We’re not playing their game.” Yeah, uh, if you don’t condemn Nazis, you therefore support and enable Nazis. Condemning Nazis is the easiest thing in the world to do. It is only difficult if you are a Nazi.

Missouri state Sen. Eric Burlison’s (R) “bill seeks to give shooters and other assailants the benefit of the doubt that they were acting in self-defense,” the AP reports.  “If passed, it would mean that prosecutors could not bring charges against people who reasonably believed they were acting in self-defense. Police would need to find probable cause that shooters or other assailants acted unlawfully before arresting them.”

Sen. Cynthia Lummis (R-WY) challenged Sarah Bloom Raskin, President Biden’s nominee to serve as the Federal Reserve’s vice chair for supervision, over the role she played in helping Reserve Trust, a little-known fintech company, get special access to the Fed’s payments system, The Hill reports.  Lummis said Raskin’s receipt of nearly 200,000 shares of stock worth nearly $1.5 million from a company that got special access to the Fed’s payments system “doesn’t smell right.”

New York Times: “What Mr. Ailes sensed about Mr. Trump’s popularity with middle- and working-class Americans in the 1990s would stay with him, because he identified with it. ‘A lot of what we do at Fox is blue collar stuff,’ he said in 2011.”

“His understanding of those dynamics helped shape the coverage he directed for decades and led to an embrace of grievance-oriented political rhetoric that the Republican Party, and a further fragmented right-wing media landscape, is grappling with as it looks toward elections this fall and the possibility of Mr. Trump returning to politics.”

Related from the Washington Post: How an out-of-context Jen Psaki clip led to days of Fox coverage.

“A new bill in the Utah Legislature would give parents the authorization to sue schools or education officials for any perceived infringement of their rights as a parent,” the Salt Lake Tribune reports.  “The bill appears to create a legal free-for-all in which a parent to file a lawsuit and seek monetary damages if they feel any aspect of their child’s education steps on their rights as a parent or if they find it objectionable.”

“As Alabama lawmakers look to take up multiple bills in the coming weeks that would ban divisive concepts associated with critical race theory, Alabama Superintendent Eric Mackey on Wednesday told members of the House Education Policy Committee people are confused about what CRT is,” AL.com reports.  “Mackey said he is hearing from people who call to report CRT being taught, but when state officials investigate, they find no evidence.”

President Biden “has renewed for four years Trump-era tariffs on imported solar panels that were set to expire this weekend as his administration tries to boost US manufacturing of clean energy infrastructure,” the Financial Times reports.

New York Times: “But the Biden administration also moved to double the amount of solar cells that can come into the country without facing tariffs, and said it would begin talks with Canada and Mexico to export their products to the United States duty-free.”

“After a recent internal review, the Biden administration decided to maintain a pandemic-era order put in place under former President Donald Trump that authorizes the rapid deportation of migrants from the U.S.-Mexico border,” CBS News reports.

“An episode Thursday shows how the objection process in the Senate works. Sen. Michael Bennet (D-CO) has a bill (it cleared the House 416-2) that would make a site of the incarceration of Japanese Americans during World War II into a national park. He tried to pass the measure by unanimous consent,” Politico  reports.

“Sen. John Cornyn (R-TX) then took to the floor and said he was a ‘noncombatant on this issue’ but objected on behalf of Sen. Mike Lee (R-UT), who was prevented from being there in person by winter storms snarling air travel.”  Said Cornyn: “I had the bad luck to be here when he communicated to me his desire that I make an objection.”

A memoir by the former defense secretary, Mark Esper, about his tenure in the Trump administration will be published with “minimal redactions” after he sued the agency he once led because it wanted to block information in the manuscript, the New York Times reports.