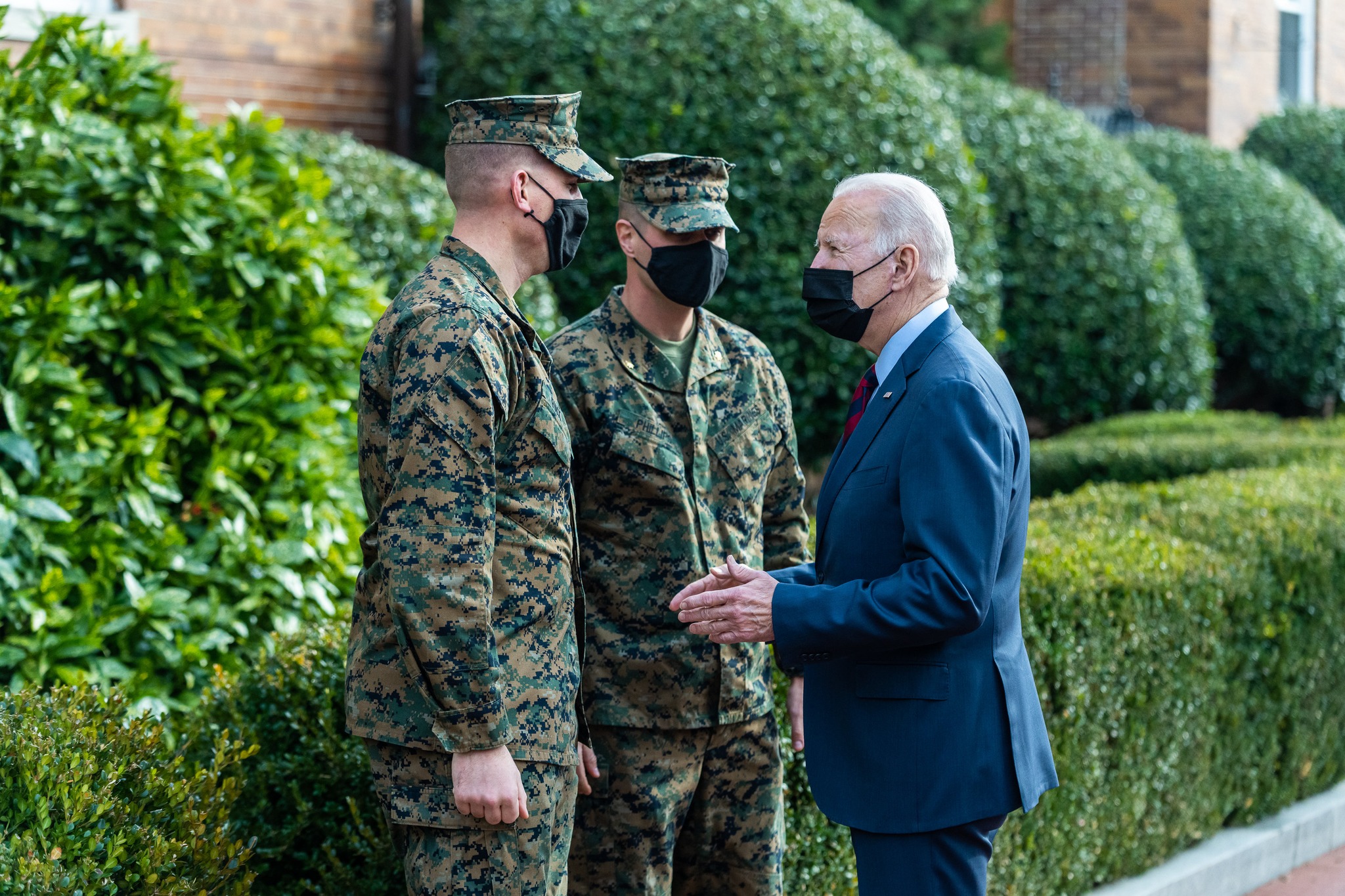 Jonathan Bernstein: “We usually think of elections as mainly about the ability of voters — of citizens — to control the government. And that’s surely important! If people think things are bad, they’ll throw out one set of bums and elect the other set of bums, while if things seem good, they’ll keep the current bums in office. That does set up healthy incentives for politicians, but in a limited way, since few citizens pay close attention to politics and public affairs, and those who pay the most attention tend to be strong partisans and therefore least likely to be swing voters.”

“But there’s more. The process of running for office, when it’s working well, should tend to produce presidents who have the proper skills for the job. Those are political skills. Good politicians thoroughly understand the system. They excel at digging out useful information that allows them to deal successfully with those the president must deal with, most of whom represent various groups of citizens. They are good at bargaining, forming and maintaining coalitions, and more.”

The Republican party has all kinds of problems right now but none is more striking than the plunging faith in science and medicine from its supporters.

A new NORC poll finds that 64% of Democrats have “a great deal” of confidence in the scientific community, compared with just 34% of Republicans, 34%. That gap has widened dramatically since 2018 when 51% of Democrats and 42% of Republicans had high confidence. In fact, it’s now the widest gap in nearly five decades of polling.

As University of Georgia professor Marshall Shepherd told the Associated Press: “We are living at a time when people would rather put urine or cleaning chemicals in their body than scientifically vetted vaccines. That is a clear convergence of fear, lack of critical thinking, confirmation bias and political tribalism.”

These findings are a clear indication that voters are taking their cues on science from their political leaders. Since the start of the pandemic, Democrats have widely embraced science — however imperfect it may seem at the moment — while many Republicans have rejected it.

But when you reject things that are true because your leaders tell you to — especially when doing so may actually harm you — that’s really no different than a cult.

VIRGINIA 5TH CD. Former Henry County Supervisor Andy Parker, whose daughter Alison was murdered on air during a live TV news broadcast in 2015, has announced a bid for Virginia’s 5th Congressional District as a Democrat. The redrawn 5th remains conservative turf: It would have voted 53-45 for Donald Trump, compared to Trump’s 54-45 win in the old district, which is represented by Republican Rep. Bob Good. It also remains anchored in central and southern Virginia, though it’s considerably more compact than its predecessor, which reached all the way to the D.C. suburbs.

Parker is being advised by Christ Hurst, who was his daughter’s boyfriend at the time of her killing. Hurst defeated a Republican incumbent to win a seat in the state House in 2017 but lost his bid for re-election last year 55-45.

TENNESSEE 5TH CD. Former state House Speaker Beth Harwell, who unsuccessfully sought the GOP nod for governor in 2018, says she’ll decide on whether to run for Tennessee’s freshly gerrymandered 5th Congressional District by mid-February. Another Republican, former Tennessee National Guard Brig. Gen. Kurt Winstead, also says he’s looking at the race, adding that “we will be listening over these next few days as we make a final decision.”

RHODE ISLAND 2ND CD. Republican state Rep. Patricia Morgan said Wednesday that she would take a few weeks to decide if she’ll run for this open seat, though few members of the GOP establishment will likely want to see her as their standard bearer in what’s currently a 56-43 Biden district.

Morgan served as the minority leader for the tiny GOP caucus when she challenged then-Gov. Gina Raimondo in 2018, but she lost the primary 56-40 to 2014 nominee Allan Fung; Morgan responded to that defeat by endorsing conservative independent Joe Trillo over Fung, a move that got her ejected as leader. (Raimondo beat Fung 53-37, with Trillo taking 4%.) Morgan won back her seat in the state House in 2020 by defeating her Democratic successor, but she made news for all the wrong reasons last month when she tweeted that a “black friend” had become “hostile and unpleasant” to her—due to critical race theory, of course—adding, “I am sure I didn’t do anything to her, except be white.”

MICHIGAN 10TH CD. Sterling Heights Mayor Michael Taylor, a recent party-switcher Republican whose potential candidacy was greeted with wariness by a number of local Democrats, has decided not to run for Michigan’s open 10th Congressional District. This new district just to the north of Detroit is very evenly divided and would have voted for Donald Trump by just a 50-49 margin.

MICHIGAN 12TH CD. A Target Insyght Democratic primary poll for the Michigan Democratic Party Black Caucus, which was obtained by Jewish Insider, shows Rep. Rashida Tlaib beating Westland Mayor William Wild 62-13 in a hypothetical August contest. Wild hasn’t announced anything yet, but the two former state representatives who have entered the race do even worse: Phil Cavanagh, who launched on Jan. 17, is in fifth with just 3%, while Shanelle Jackson’s support rounds down to 0%.

MASSACHUSETTS 3RD CD. Former state Sen. Dean Tran has announced that he’ll seek the Republican nomination to take on Democratic Rep. Lori Trahan, but as we wrote last month when he first filed with the FEC, an unresolved scandal makes Tran anything but a top-tier candidate for this 62-35 Biden seat.

As the Boston Globe wrote, Tran lost re-election in 2020 months after he “was stripped of his leadership post within the Senate GOP caucus and, in an extraordinary step, barred from interacting with his staff except through official e-mails after fellow senators accused him of breaking Senate rules and potentially state law.” The Senate Committee on Ethics later found evidence he’d directed his legislative staff to do campaign work for him, a report Tran called “libelous.” The allegations were turned over to state authorities, who this week would neither confirm nor deny that they are investigating Tran.

KENTUCKY 3RD CD. While several Democrats initially expressed interest in running to succeed retiring Rep. John Yarmuth after he announced his retirement in October, the May primary will be a duel between state Rep. Attica Scott and state Senate Minority Leader Morgan McGarvey. Republicans in the legislature barely made any alterations to this solidly blue constituency, which includes almost all of Louisville, so the eventual nominee will almost certainly take Yarmuth’s place as the Bluegrass State’s lone Democratic member of Congress.

Scott, a vocal advocate for police accountability and one of the most progressive members of the state legislature, launched her campaign in July—at a time when most politicos assumed Yarmuth would be running again; she would be Kentucky’s first Black member of Congress as well as the first woman to represent the state since Yarmuth unseated Republican Rep. Anne Northup in the 2006 blue wave. McGarvey, meanwhile, launched his campaign minutes after the incumbent announced his retirement.

The revamped 13th District, which stretches from East St. Louis northeast through Springfield to the college towns of Champaign and Urbana. It will be very difficult for any Republican to prevail here: The Democratic legislature utterly transformed this seat from a 51-47 Trump constituency to a district that would have backed Joe Biden 54-43, and even Republican Rep. Rodney Davis opted to take his chances in a primary for the safely red 15th rather than try to defend it.

COLORADO 7TH CD. Businessman Timothy Reichert has announced that he’ll seek the Republican nomination to succeed retiring Democratic Rep. Ed Perlmutter and self-fund $500,000 to start his campaign for this redrawn 56-42 Biden constituency. Reichert, the Colorado Sun reports, wrote a 2010 piece in which he called contraception “socially damaging” and “contrary to the rhetoric of the sexual revolution, deeply sexist in nature.” He also claimed “that increased use of contraception among African American women and their partners increases mistrust between the partners due to higher risk of infidelity.” Reichert’s spokesperson insisted to the Sun last week that he doesn’t support banning contraception.

TEXAS GOVERNOR. Republican Gov. Greg Abbott is running a spot tying his likely Democratic foe, former Rep. Beto O’Rourke, to Joe Biden, a message Texans should expect to see a whole lot of over the next year. Abbott raised $18.9 million during the second half of 2021 while O’Rourke, who launched in mid-November, took in $7.2 million. The governor ended the year with $65.2 million on-hand, while the Democrat had $4.8 million to spend.

Abbott faces two notable intra-party foes on March 1, though neither of them have anything resembling his resources. Former state Sen. Don Huffines and ex-state party chair Allen West took in about $2 million each during the latter portion of last year, but Huffines had $3.7 million to spend compared to $166,000 for West.

HAWAII GOVERNOR. Freshman Rep. Kai Kahele, whose name had not previously come up as a potential candidate for governor, told Hawaii News Now that he’s thinking about entering the race in a new interview, saying his constituents “are having a difficult time with any of the current candidates.” Kahele added that he’s “committed to serving my second year in Congress” but said he’d “reassess what my political future looks like,” though he didn’t say when that reassessment might take place. Already seeking the Democratic nod to replace term-limited Gov. David Ige is Lt. Gov. Josh Green, who held a wide lead in the only public poll of the primary, as well as businesswoman Vicky Cayetano and former Honolulu Mayor Kirk Caldwell.

KENTUCKY U.S. SENATOR. Candidate filing closed Tuesday for Kentucky’s May 17 party primaries, which is the second state in the nation where the deadline has passed (filing ended in Texas over a month ago). The secretary of state has a list of contenders in every race, and we’ll run down the key contests below, starting with the Senate.

Republican Sen. Rand Paul is unlikely to have much trouble winning re-election in a state that backed Donald Trump 62-36, but he does face noteworthy Democratic opposition from former state Rep. Charles Booker. Booker ran against Kentucky’s other GOP senator, Mitch McConnell, last cycle and came unexpectedly close to denying national party favorite Amy McGrath the nomination. This time, though, Booker has no notable intra-party opposition.

In the race for governor, Republican Gov. Brian Kemp beats Democrat Stacey Abrams 48-41, while Kemp’s rival for the nomination, former Sen. David Perdue, has a smaller 47-43 advantage over Abrams. The survey did not test either primary, but a Quinnipiac poll released a day earlier showed Walker with a 75-point lead over Black but Kemp only holding off Perdue 43-36. Quinnipiac also found the various general election matchups much tighter.

ARIZONA U.S. SENATOR. A new survey from the progressive pollster Data for Progress finds Democratic Sen. Mark Kelly narrowly beating two Republican opponents—one who’s actually running and one who isn’t. Kelly holds a 49-47 edge over state Attorney General Mark Brnovich, who’s been campaigning since June, and a 50-47 lead on term-limited Gov. Doug Ducey, who just the other day reiterated that he’s not interested in the race.

The firm did not test Kelly’s three other notable would-be rivals in head-to-head matchups—venture capitalist Blake Masters, energy executive Jim Lamon, and retired Air Force Maj. Gen. Mick McGuire—but it did ask about their favorability ratings, finding all of them virtually unknown. Among the actual candidates, Brnovich is the best-known, with favorables of 26-32. Ducey, though, is deep under water at 39-57, while Kelly earns a 46-49 score.