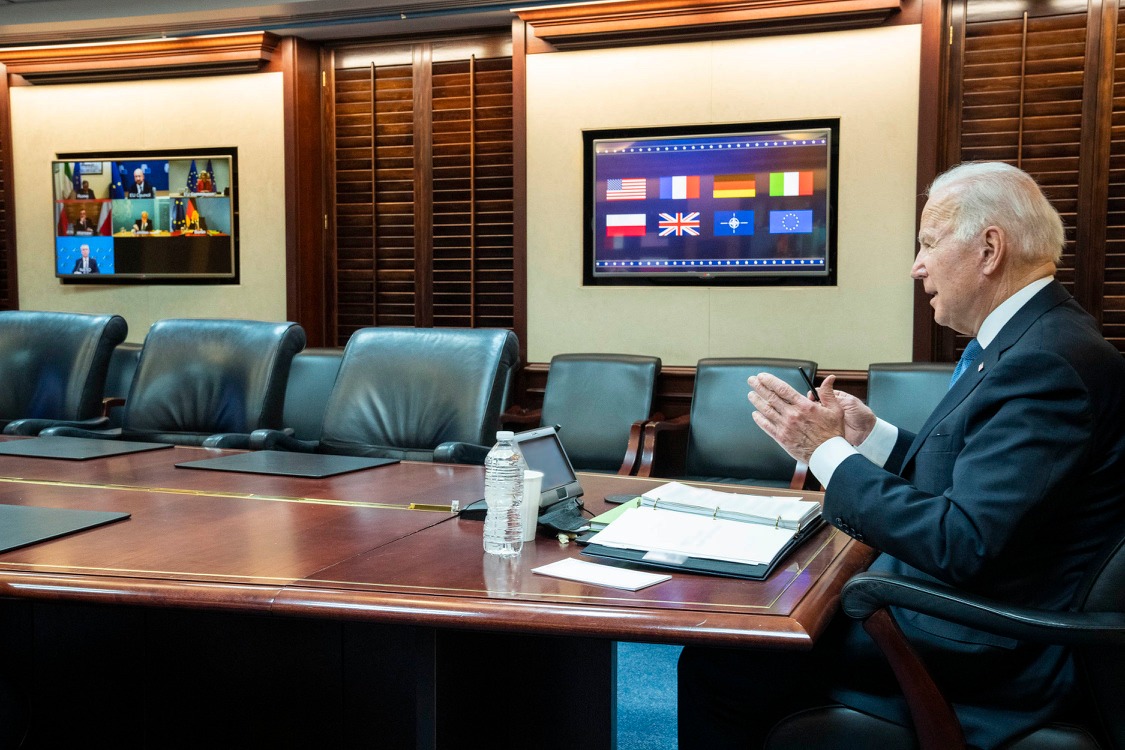 Sen. Roger Wicker (R-MS) said that President Biden’s forthcoming pick of the first Black woman to sit on the U.S. Supreme Court in history will be a “beneficiary” of affirmative action, the Mississippi Free Press reports.

Said Wicker: “The irony is that the Supreme Court is at the very time hearing cases about this sort of affirmative racial discrimination while adding someone who is the beneficiary of this sort of quota.”

He added: “The majority of the court may be saying writ large that it’s unconstitutional. We’ll see how that irony works out.”

“In the wealthiest countries, 77 percent of people have received at least one dose, whereas in low-income countries the figure is less than 10 percent,” the New York Times reports.

“As North America and Europe race to overcome Omicron surges by offering boosters, with some nations even contemplating a fourth shot, more than one-third of the world’s people, many of them in Africa and poor pockets of Asia, are still waiting for a first dose.”

Bachmann said Palin “is to be commended because she’s trying to act like a normal human being in the greatest city in America: New York City.”

She added that she thinks it’s time to “start resuming normal American life rather than cowering in our basements.”

Iowa state Rep. Bobby Kaufmann (R) “gave the finger” to those he described as political opponents during a rally at the statehouse on Tuesday, WHO reports.  Said Kaufmann: “When it comes to these gun-grabbing, freedom-hating, over-regulating, civil liberty-violating tyrants. Here’s my message…(holds up both middle fingers) thank you.”

“Former President Donald Trump is facing serious backlash from die-hard loyalists over his decision to intervene in a Tennessee House race, with his supporters accusing him of spurning a staunch Republican ally who’s running,” Politico reports.

“Trump on Tuesday evening endorsed Morgan Ortagus, who served as a State Department spokesperson during his administration and is pondering a run for a Middle Tennessee-based congressional district. The announcement has caused a firestorm, with far-right, high-profile backers ranging from North Carolina Rep. Madison Cawthorn to conservative activist Candace Owens taking to social media to voice their support for Robby Starbuck, a rival candidate who’s been a mainstay of the pro-Trump movement.”

Arizona state Rep. John Fillmore (R) “introduced legislation this week that would, among other things, get rid of almost all absentee and early voting in the state and mandate all votes be hand-counted within 24 hours of polling sites being closed,” CNN reports.

“But Fillmore’s bill would go even further than putting strictures on when and how you can vote. It would also empower the state legislature to accept or reject election results in the state.”

Said Haines: “It is my view that deficiencies in the current classification system undermine our national security, as well as critical democratic objectives, by impeding our ability to share information in a timely manner.”

“Three women who said Roy Moore asked them for dates as teens — when he was in his early 30s — testified Thursday morning in Leigh Corfman’s defamation lawsuit against the former chief justice of the Alabama Supreme Court,” AL.com reports.

“Two of the women said they went on multiple dates with Moore in about the same period that Corfman alleges she was sexually molested by Moore while one said her mother did not permit her to accept an invitation for a date.”

One of the women, who provided evidence that Moore attended her high-school graduation at her invitation, said she was a “little shocked and saddened” and “disheartened” that Moore denied knowing her.

“A school board in Tennessee voted unanimously this month to ban Maus, a Pulitzer Prize-winning graphic novel about the Holocaust, from being taught in its classrooms because the book contains material that board members said was inappropriate for students,” the New York Times reports.

“Members of the board said the book, which portrays Jews as mice and Nazis as cats in recounting the author’s parents’ experience during the Holocaust, contained inappropriate curse words and a depiction of a naked character.”

Jonathan Bernstein: “The one-year anniversary of the attacks has come and gone. Legislation to address some of the procedural weaknesses that Trump tried to exploit is moving ahead in the Senate before the committee reveals any of the evidence it has compiled. Eight weeks ago, the select committee was already slower than initial investigations of Watergate, Iran-contra, and the Trump-Ukraine scandals.”

“Each week, the committee’s case that it is investigating an urgent threat to the republic is harder to make. Every week, it becomes easier for Trump and his allies to argue that the insurrection is ancient news, and that Democrats are just digging it up now to embarrass Republicans before the midterm elections in November.”

David Corn: “A few days ago, Cruz sent out a fundraising email embracing the right-wing crackpot notion that the insurrectionist January 6 attack on the US Capitol was orchestrated by the FBI or another government agency.”

“Hardcore Trumpists, most notably Fox host Tucker Carlson, have pushed the fact-free idea that the Deep State engineered the assault on Congress to discredit Trump and his political movement. And Cruz has rushed to the front of the loony train.”

The Hill wonders if President Biden’s “hot mic” moment this week when he was heard calling Fox News correspondent Peter Doocy a “stupid son of a bitch” was really an accident.

CNN’s Brian Stelter doesn’t think so: “I personally believe it wasn’t a hot mic. He knew what he was doing, he knew he was on.”