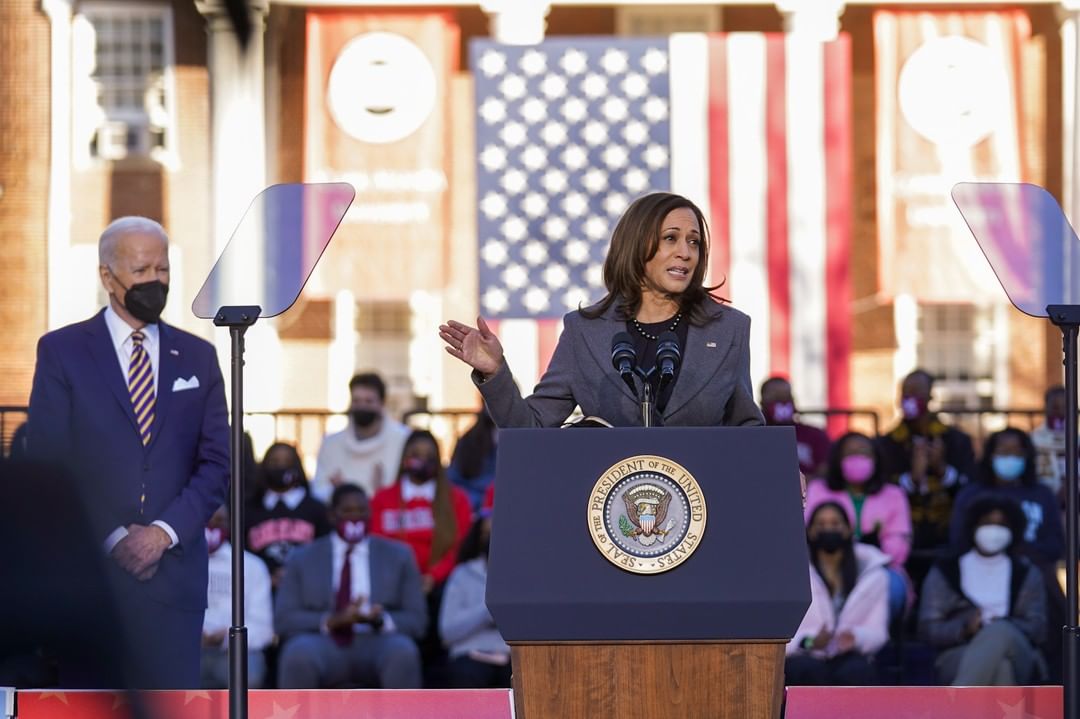 “Senior House Republicans are putting together a list of policy pledges to run on in the 2022 elections, and they are consulting with the architect of one of their biggest historical midterm victories,” the Washington Post reports.

“Newt Gingrich, whose ‘Contract with America’ in 1994 is linked with the GOP takeover of Congress in that midterm cycle, said he has been advising House Minority Leader Kevin McCarthy on a set of policy items for Republicans to take to voters ahead of the November elections.”

“Republicans are expected to focus their new platform on education policies aimed at tapping into parental discontent; countering the rise of China with new economic measures; and ‘oversight’ of the Biden administration. They are also looking at invoking other traditional GOP goals such as cutting taxes, restricting immigration, criticizing Silicon Valley and repealing environmental rules.”

“The Alaska Supreme Court on Wednesday upheld the constitutionality of a new voter-approved elections system, ending the last legal challenge against it,” the Anchorage Daily News reports.

“Alaska will become the second state to use ranked-choice voting, which asks voters to pick multiple candidates in order of preference. Alaska will use it in state and federal general elections but not in municipal races or the statewide primary.”

MICHIGAN 4TH CD. Republican Rep. Fred Upton tells CNN that he’ll decide this month if he’ll seek re-election, though if his extended deliberations last cycle are any indication, we shouldn’t expect to go to bed on Jan. 31 knowing what he’ll do. Upton would presumably run in the revamped 4th District, where he’d need to face fellow Rep. Bill Huizenga in an August primary.

New York Times: “Republican politicians in at least three states are proposing to establish police forces to hunt exclusively for voter fraud and other election crimes, a category of offenses that experts say is tiny at best.”

“Supporters say the added enforcement will root out instances of fraud and assure the public that everything possible is being done to make sure that American elections are accurate and legitimate.”

MARYLAND 4TH CD. Former Rep. Donna Edwards told Maryland Matters on Wednesday that she would soon reveal more about her interest in a comeback campaign, an interview that took place a day before the site obtained an Edwards text to her supporters where she outright said she’d enter the Democratic primary. “I have decided to run for the new CD4, which now again includes Montgomery County,” she wrote, adding that she was looking for people to attend a Saturday filming for a launch video.

INDIANA 1ST CD. Former LaPorte Mayor Blair Milo on Friday became the first notable Republican to launch a bid against freshman Democratic Rep. Frank Mrvan in the redrawn 1st District, a northwestern Indiana constituency that would have backed Joe Biden 53-45. Milo in 2011 was elected mayor at the age of 28, which made her the city’s youngest-ever leader, but she left the post in 2017 after Gov. Eric Holcomb named her the first-ever state secretary for career connections and talent.

ILLINOIS 1ST CD. State Sen. Jacqueline Collins has announced that she’ll enter the Democratic primary for this safely blue open seat but says she’ll also collect petitions for her current post, telling Politico that she’ll make “a formal announcement in the near future” about which office she’ll end up running for. Democratic state Sen. Robert Peters, meanwhile, unequivocally made it clear he’d run for re-election rather than campaign to succeed retiring Rep. Bobby Rush.

Dahlkemper, who promised a decision this coming week, is the wife of Mike Feeley, who lost a previous version of this constituency by 121 votes back in 2002. (Feeley even went to D.C. for new member orientation because his race had not yet been decided when the event took place, which he later called “a miserable experience.”) Titone, who would be the first trans member of Congress, by contrast did not say when she planned to make up her mind, saying, “I think this opening has caught most folks off guard and scrambling.” The only notable Democratic contender so far is state Sen. Brittany Pettersen, who launched her campaign the day after Perlmutter retired.

On the GOP side, state Rep. Colin Larson told Luning on Wednesday, “I will make a decision In the next 7 days.” Friednash also relays that former state Rep. Lang Sias, who was Team Red’s 2018 nominee for lieutenant governor, is thinking about ending his campaign for state treasurer to run for the 7th. Sias ran back in 2010 but lost the primary 64-36 to national party favorite Ryan Frazier, who went on to lose an expensive general election to Perlmutter.

LOUISIANA GOVERNOR. Republican state Treasurer John Schroder became the first major candidate to enter the 2023 all-party primary to succeed Democratic Gov. John Bel Edwards, who cannot run again because of term limits, kicking off his campaign on Wednesday. Schroder, who won his current post by beating two other Republicans in a 2017 special election, will almost certainly end up facing very tough intra-party opposition in next year’s contest, though. State politicos have long anticipated that Lt. Gov. Billy Nungesser and Attorney General Jeff Landry will run, and other Republicans have also shown some interest in this contest.

MARYLAND GOVERNOR. State Comptroller Peter Franchot has publicized internal numbers from Tidemore Public Affairs that give him a 23-16 lead over former Prince George’s County Executive Rushern Baker in the packed June Democratic primary for this open seat, with author Wes Moore in third at 10%. This is the first poll we’ve seen since September, when a Moore survey showed Franchot with a similar 17-12 lead over Baker and Moore with 7%.

MAINE GOVERNOR. Democratic incumbent Janet Mills narrowly outraised her all-but-certain Republican foe, former Gov. Paul LePage, $1 million to $900,000 during the second half of 2021, but thanks to a head-start in launching her campaign, Mills enjoys a much wider $1.3 million to $600,000 cash-on-hand lead.

NEBRASKA GOVERNOR. Termed-out Gov. Pete Ricketts on Tuesday endorsed Jim Pillen, a University of Nebraska regent and pig farmer, in the May Republican primary to succeed him. Political observers had expected this development for some time, in part because Ricketts has a famously terrible relationship with another candidate, Trump-backed agribusinessman Charles Herbster. Pillen also has the support of former Gov. Kay Orr, whose single term from 1987 to 1991 makes her the only woman to lead Nebraska to date.

NEVADA GOVERNOR. The Nevada Independent has rounded up campaign finance reports covering all of 2021, and Democratic Gov. Steve Sisolak’s $4.5 million haul allowed him to end the year with an $8.3 million war chest, which gives him access to more money than all of his many Republican foes put together.

The top fundraiser ahead of the June GOP primary was Clark County Sheriff Joe Lombardo, who took in $3.1 million and had $2.65 million on-hand. Amusingly, the Indy notes that Lombardo had touted his haul last week as “more than any Democrat or Republican candidate in Nevada history has ever raised in a non-election year,” a statement that Sisolak’s own fundraising quickly rendered obsolete. Venture capitalist Guy Nohra, meanwhile, took in $1.3 million, though it’s not clear how much the candidate, who previously pledged to self-fund at least $1 million, raised from donors.

North Las Vegas Mayor John Lee, who defected from the Democratic Party just ahead of his entry into the GOP primary last year, raised $600,000, loaned himself another $1 million, and had just shy of $800,000 in the bank. Las Vegas City Councilwoman Michele Fiore brought in $700,000, though she has yet to reveal how much she still has available.

VIRGINIA 7TH CD. Former Democratic Del. Jennifer Carroll Foy has announced she’ll run for the state Senate in 2023 rather than campaign for Congress this cycle.

MICHIGAN 11TH CD. The SEIU has endorsed Rep. Andy Levin, who served as an organizer for the labor giant in the 1980s, in his August Democratic primary showdown with fellow incumbent Haley Stevens.

RHODE ISLAND 2ND CD. While Democratic Rep. Jim Langevin’s Tuesday retirement announcement caught almost everyone by surprise, we already have such a long list of potential successors that the Boston Globe’s Dan McGowan titled his column, “Everyone you know wants to replace Jim Langevin in Congress.” It may take some time for things to shake out, because Rhode Island’s late June filing deadline is one of the last in the nation. The primary will take place in mid-September, which is also well after most states have conducted nominating contests.

We’ll start with the Democratic side, where former Rhode Island State Police Superintendent Brendan Doherty and state Sen. Joshua Miller have both publicly expressed interest. Doherty ran for the neighboring 1st District as a Republican in 2012 and lost that closely-watched race 53-41 to Democratic Rep. David Cicilline, but he registered as an independent two years later and became a Democrat in 2015. McGowan adds that state Sen. Sam Bell is also considering.

Several others also haven’t ruled anything out:

McGowan suggests that Shekarchi is the big name to watch, writing, “We won’t know very much about this race until the state’s most powerful politician decides his political future.”

In the “no” column are former Lt. Gov. Elizabeth Roberts; former Providence Mayor Angel Taveras; TV anchor Gene Valicenti; and Secretary of State Nellie Gorbea, who is continuing her campaign for governor.

The GOP list is unsurprisingly much shorter, though some Republicans hope they can still put what is currently a 56-43 Biden seat in play with the right candidate. 2020 nominee Bob Lancia was already running again before Langevin called it a career, but the former state representative’s 58-42 defeat doesn’t seem to have left anyone impressed.

McGowan reports that former Warwick Mayor Scott Avedisian, whom he describes as someone who “has watched his party move far to the right without him,” is thinking about it. GoLocalProv, meanwhile, asked state Rep. Patricia Morgan if she was considering, to which she merely responded, “Maybe.” Morgan, who lost the 2018 primary for governor 56-40, made news for all the wrong reasons last month when she tweeted that a “black friend” had become “hostile and unpleasant” to her—due to critical race theory, of course—adding, “I am sure I didn’t do anything to her, except be white.”

The Republicans who are the subject of the most speculation, though, are state Rep. Barbara Ann Fenton-Fung and her husband, two-time GOP gubernatorial nominee Allan Fung. Neither has publicly said anything yet, though, and Fung reportedly has been planning to run for state treasurer. State House Minority Leader Blake Filippi has also been name-dropped, though he recently turned down a bid for governor. 2014 gubernatorial candidate Ken Block, meanwhile, quickly shot down the idea.