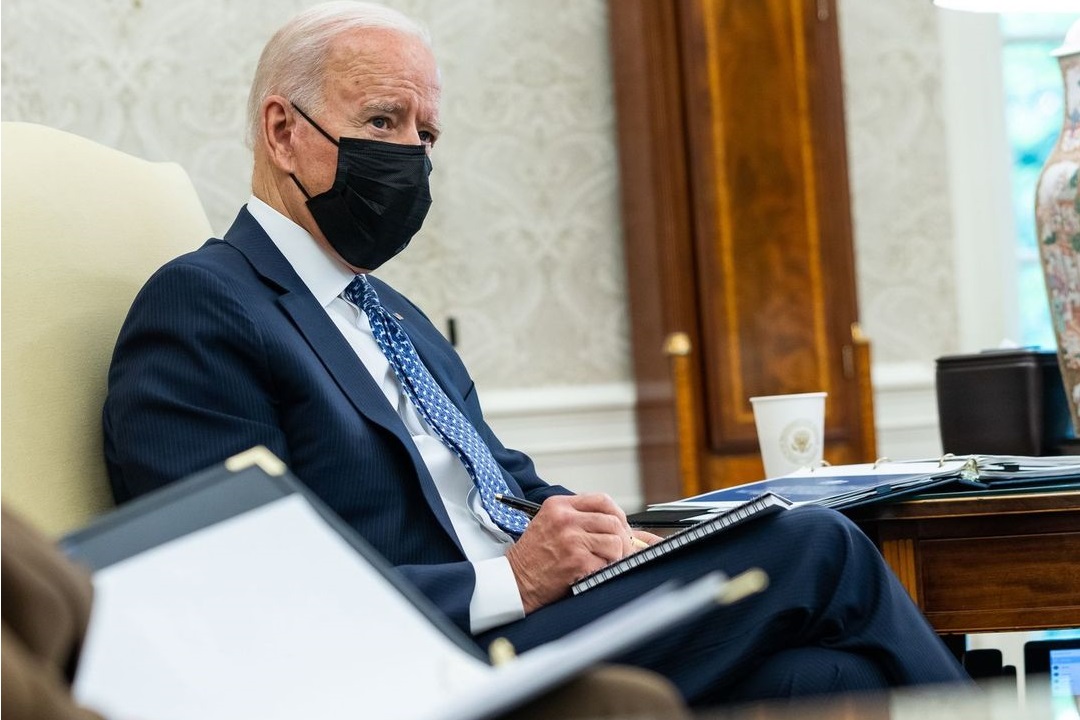 “President Joe Biden’s attempt to salvage the centerpiece of his economic agenda has revived some of the same battles among Democrats over the same tax and spending proposals that have bedeviled the plan for months,” Bloomberg reports.

“Democrats are risking their own defeat in the midterms and Biden’s presidency itself if they can’t unify behind a social spending plan, reversing a string of legislative failures in late 2021 and early this year.”

New York Times: “Mr. Biden will retreat from the tangle of day-to-day negotiations with members of his own party that have made him seem powerless to advance key priorities, according to senior White House advisers. The change is part of an intentional reset in how he spends his time, aimed at emphasizing his power to govern as president, rather than getting trapped in a series of congressional battles.”

“Four internal strategy memos drafted by White House advisers this week lay out the shift ahead of Mr. Biden’s first State of the Union address to Congress on March 1: The president will ramp up his attacks on Republicans ahead of the midterm election campaigns to help Democratic candidates. He will travel the nation more and engage with voters. And he will focus more on what he has already accomplished than on legislative victories he hopes to achieve.”

“The president is also planning to use his executive power to help former inmates return to society and reform police departments, after legislation on the latter issue failed to pass last year.”

“The U.S. has given approval for three Baltic NATO members to send American-made weapons to Ukraine,” the Wall Street Journal reports.

“The decision will enable Estonia, Lithuania and Latvia to send Javelin antitank weapons and Stinger air-defense systems for Ukraine’s forces.”

Sitting across a long table from President Vladimir Putin at a Covid-conscious distance, President Ebrahim Raisi of Iran reminded his Russian counterpart on Wednesday that Tehran had been “resisting America for 40 years,” the New York Times reports.

And now that Russia was plunging deeper into its own confrontation with the United States, Raisi told Putin, it was time to take on “the power of the Americans with an increased synergy between our two countries.”

“A former president typically has access to the country’s most prestigious experts, including lawyers. Trump has turned to the former general counsel for a parking garage company, who works from a small law office near his Bedminster, N.J., country club.”

The five-year deadline is closing in to charge Donald Trump with the obstruction of justice crimes detailed by special counsel Robert Mueller, Insider reports.

“In his more than 400-page final report, Mueller’s special counsel team documented 10 episodes of possible obstruction of justice by Trump. Among them were Trump’s efforts in early 2017 to pressure then-FBI Director James Comey to close an investigation into Michael Flynn, who at the time was national security advisor. Trump later fired Comey, setting in motion the events that led to Mueller’s appointment as the special counsel in charge of the investigation into Russian interference in the 2016 election.”

Rep. Ashley Hinton (R-IA) on Wednesday proudly announced that “we” have secured new “game-changing” federal funding to upgrade dams along the Upper Mississippi River that came from the bipartisan infrastructure bill — aka the “partisan, socialist spending spree” that she tried to shoot down when it was up for a vote.

A new Economist-YouGov poll finds Republicans are significantly more likely to report having contracted the Covid-19 than are Democrats.

“That’s been the case for a while. The three-week average of responses to the question showed more reported positive tests among Republicans back in the fall of 2020. In recent weeks, though, the gap has widened.”

“A federal grand jury in Washington is investigating the matter, but it’s unclear if Cuellar is a target of the grand jury’s probe.”

“North Korea will bolster its defenses against the United States and consider resuming ‘all temporally-suspended activities,’  an apparent reference to a self-imposed moratorium on tests of nuclear weapons and long-range missiles,” Reuters reports.

Members of the House Freedom Caucus are renewing their effort to boot Reps. Liz Cheney (R-WY) and Adam Kinzinger (R-IL) from the GOP conference — an effort that failed previously, but is regaining steam in the wake of the Jan. 6 select committee seeking the cooperation of several Republicans, CNN reports.

“I wish that I could say with a degree of certainty that I feel like things are getting better… but in this instance I’m not sure—and this really saddens me to think—I’m not sure that the worst is behind us.”  — Sen. Lisa Murkowski (R-AK), when asked by the Midnight Sun to reflect on the anniversary of the Capitol insurrection.

“Supporters of former President Donald Trump privately discussed ways they could gain access to the Michigan Capitol on Dec. 14, 2020, when the battleground state’s presidential electors met,” the Detroit News reports.

“The conversations reveal some of Trump’s Michigan backers were considering further escalating their unsuccessful effort to overturn Democrat Joe Biden’s victory by getting inside the building where the state’s true 16 electors were scheduled to meet to solidify the result.”

Amanda Carpenter: “Donald Trump’s actions to overturn the 2020 election were dedicated, intentional, and sustained over time. The insistent notion that Trump and his allies are ‘too stupid to coup’ should not be reassuring. Like the velociraptors in Jurassic Park, shake enough door handles, and eventually one opens. By the end of the 2020 story, Trump had learned just how loose are the dusty old frameworks like the Electoral Count Act.”

Philip Bump: “A central ideological difference between America’s political left and political right is support for government intervention. That holds within the Democratic caucus as well; moderates like Sinema and Manchin are ideologically less supportive of spending than, say, Sen. Bernie Sanders (I-VT). Despite predictions that the Democratic caucus in the House would be held hostage by the whims of its left-wing, it was the moderate right that tripped up progress on Biden’s agenda last year.”

“A Republican president can shrug at a policy agenda, particularly in a world where culture-war fights have so much focus. For a Democrat, being pushed to leverage governmental power, the playing field is different. And, particularly at the moment, it’s a playing field that advantages inaction over action.”