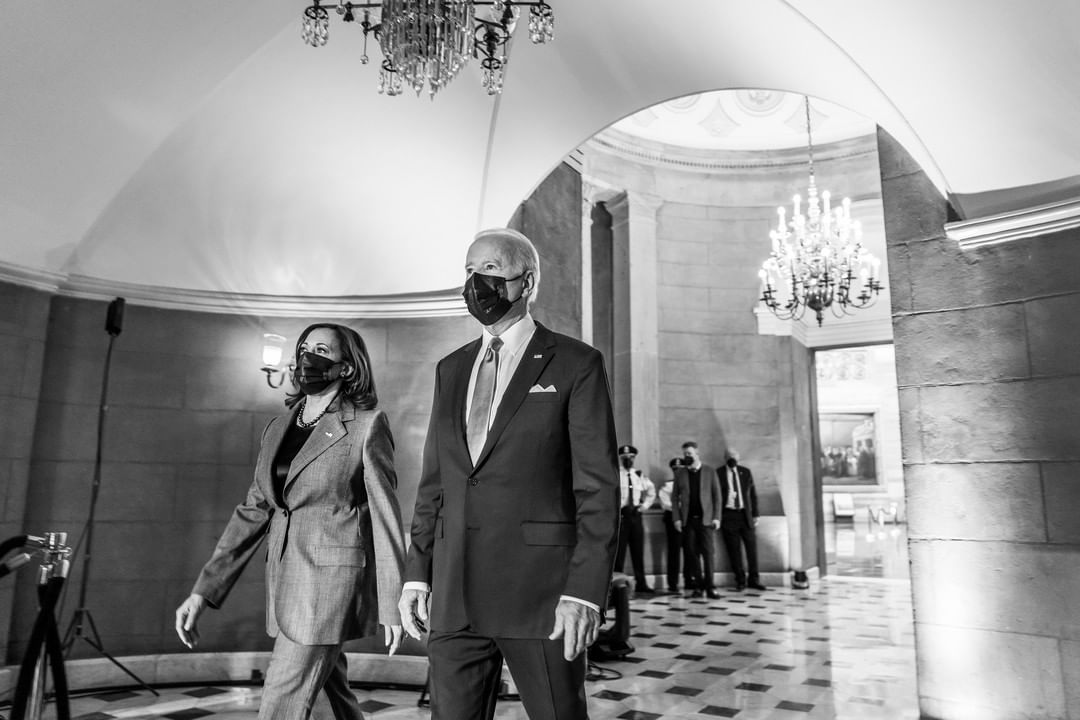 Said King: “History will remember Sen. Sinema, I believe unkindly, for her position on the filibuster.”

He added: “Our daughter has less rights around voting than she had when she was born. I can’t imagine what my mother and father would say about that. I’m sure they’re turning over and over in their graves about this.”

Punchbowl News: “This week will be dominated by the Senate’s battle over voting rights and the filibuster. Despite a big push by President Joe Biden, Senate Majority Leader Chuck Schumer and progressive groups, Democrats are not going to be able to overcome a GOP filibuster to pass a voting rights bill. And Sens. Joe Manchin (D-WV) and Kyrsten Sinema (D-AZ) are firmly against getting rid of the filibuster, in case you somehow missed that last week.”

“The question then becomes whether the bipartisan group looking at changing the Electoral Count Act of 1887 led by Sen. Susan Collins (R-ME) picks up steam, and whether Democrats will settle for this. That group is currently looking at changes to the ECA, but also has its sights on bolstering protections for election workers and renewing election grants. Realistically, with the large-scale voting rights package that Democrats crafted unlikely to go anywhere, if Biden wants a victory, it may be with this bipartisan effort.”

The Bulwark: The Electoral Count Act is a zero-day exploit waiting to happen.

“An increasingly broad and powerful array of lawmakers is coalescing around the idea of changing how Congress tallies Electoral College votes — as MLK Day comes and goes on Monday without broader voting rights reforms,” Axios reports.

Jonathan Chait: “The furnace-hot backlash seemed to be triggered by Silver’s assumption that school closings were not only a mistake — a possibility many progressives have quietly begun to accept — but an error of judgment that was sufficiently consequential and foreseeable that we can’t just shrug it off as a bad dice roll. It was a historic blunder that reveals some deeper flaw in the methods that produced it and which demands corrective action.”

“That unnerving implication has a mounting pile of evidence to support it. It is now indisputable, and almost undisputed, that the year and a quarter of virtual school imposed devastating consequences on the students who endured it… The damage to a generation of children’s social development and educational attainment, and particularly to the social mobility prospects of its most marginalized members, will be irrecoverable.”

“It is nearly as clear that these measures did little to contain the pandemic.”

Former President Donald Trump falsely claimed that white people are being discriminated against and sent to the “back of the line” when it comes to receiving Covid-19 vaccines and treatment, Newsweek reports.

Said Trump: “The left is now rationing life-saving therapeutics based on race, discriminating against and denigrating, just denigrating white people to determine who lives and who dies.”

“Some progressive Democrats and MAGA Republicans are uniting on a proposal to ban sitting lawmakers from trading individual stocks, although it’s unlikely that leadership will bring the bill up for a vote,” Axios reports.

“China’s population crisis continued to worsen in 2021, with the latest birth figures again sliding despite government efforts to encourage families to have more children,” Bloomberg reports.

“School districts from Pennsylvania to Wyoming are bowing to pressure from some conservative groups to review — then purge from public school libraries — books about LGBTQ issues and people of color,” Axios reports.

“Boris Johnson is facing a perilous week as Conservative MPs return to Westminster after being deluged with demands from local party members and voters that they force the prime minister out of office,” the Financial Times reports.

“Johnson has drawn up a plan to save his job — including a clear-out of his Downing Street operation — as he attempts to pin the blame on his backroom staff for the ‘culture’ of drinking and Covid-19 lockdown parties.”

“But Tory MPs on Monday will be in a febrile mood, with some claiming that between 20 and 30 colleagues have submitted letters demanding a vote of no confidence in the prime minister.”

Times of London: Boris Johnson won’t recover in the polls.

“A bipartisan group of U.S. senators is in Ukraine to show solidarity with the Eastern European country as it faces ongoing tension with Russia,” the Washington Post reports.  “The seven U.S. senators plan to meet with President Volodymyr Zelensky and other top officials on Monday, they announced. The visit comes amid a showdown between Russia and the West over Ukraine’s territory and the threat of further Russian incursion.”

“As Omicron continues to spread, schools across the U.S. are struggling with teacher shortages that have forced them to consolidate classes and lean on administrative staff to fill in as substitutes,” Axios reports.  “School closures and virtual classes can do lasting damage to kids’ academic achievement — but so can some of the accommodations schools have had to make in order to stay open.”

“The day before the Australian Open was set to begin, Novak Djokovic, possibly the greatest tennis player of all time, ran up against a group of determined opponents that no amount of talent, training, money or willpower could overcome,” the New York Times reports.

“He lost his final bid to stay in Australia on Sunday when a three-judge panel upheld the government’s decision to cancel his visa.”

“More broadly, he lost to a government determined to make him a symbol of unvaccinated celebrity entitlement; to an immigration law that gives godlike authority to border enforcement; and to a public outcry over what was widely seen as Djokovic’s reckless disregard for others, particularly after he said that he had tested positive for Covid last month and met with two journalists anyway.”

“The outlook for economic growth in the first quarter and 2022 is darkening amid the latest wave of Covid-19, as consumers grapple with high inflation and businesses juggle labor and production disruptions,” the Wall Street Journal reports.

“Forecasters surveyed by The Wall Street Journal this month slashed their expectation for growth in the first quarter by more than a percentage point, to a 3% annual rate from their forecast of 4.2% in the October survey.”

NBC News: “Since it arrived in the United States, the Covid-19 virus has been a national story that is felt at the local level. Different communities have experienced the worst of the pandemic at different times. The pandemic started as a coastal story back in 2020, but it wasn’t long until it moved into the country as the virus spread.”

“Now, the omicron variant could take those local differences to new heights, driven by discrepancies in vaccination rates and hospital availability, and the data suggests that rural communities, in particular, could be headed for some hard weeks ahead.”New York Times: U.S. surgeon general warns that Omicron has not yet peaked

“Worker shortages caused by the omicron coronavirus variant and haggling over a new dockworkers contract are likely to aggravate costly supply chain jams over the next several months, clouding prospects for quick relief from the highest inflation in four decades,” the Washington Post reports.

New York Times: “Companies are bracing for another round of potentially debilitating supply chain disruptions as China, home to about a third of global manufacturing, imposes sweeping lockdowns in an attempt to keep the Omicron variant at bay.”