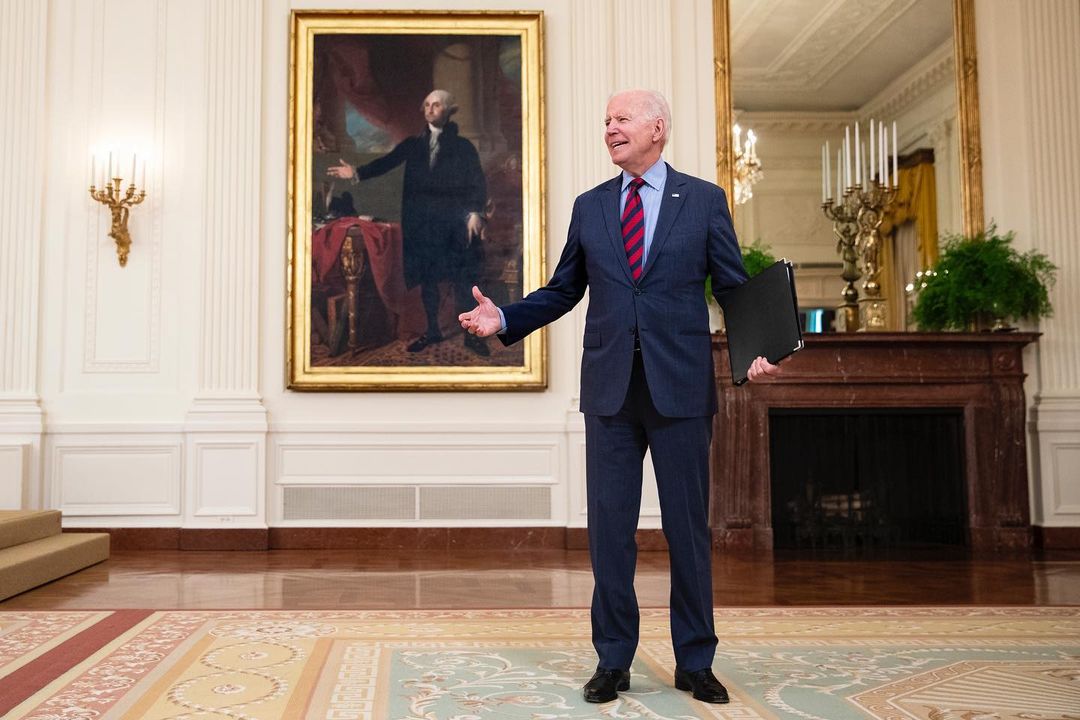 Dan Balz: “Looking to November, absent a turnaround, the more the elections become a pure referendum on the president, the more his party will suffer. Biden’s opportunity could be to try to shift the focus, to prompt swing suburban voters to ask themselves whether a Republican Congress would return the country to the chaos of the Trump years, with House GOP leaders promising retribution if they take control and the party generally lacking a clear governing agenda.”

“With the door slammed shut this week on federal legislation to create new protections for access to voting, Democrats face an electoral landscape in which they will need to spend heavily to register and mobilize voters if they are to overcome the hodgepodge of new voting restrictions enacted by Republicans across the country,” the New York Times reports.

Former President Donald Trump held his first political rally of the new year in Arizona on Friday, continuing to insist that he had won the 2020 election without evidence, the New York Post reports.

Said Trump: “Last year we had a rigged election and the proof is all over the place. We have a lot of proof and they know it’s proof. They always talk about the Big Lie — they’re the Big Lie.”

He added: “The Big Lie is a lot of bullshit, that’s what it is.”

“Former President Donald Trump returns on Saturday to Arizona, a cradle of his political movement, to headline a rally in the desert that will be a striking testament to how he has elevated fringe beliefs and the politicians who spread them — even as other Republicans openly worry that voters will ultimately punish their party for it,” the New York Times reports.

The Hill: “The Democratic Congressional Campaign Committee said Friday that it had raised $39.7 million in the fourth quarter of 2021 — the best off-year quarter in committee history — and $146 million total for the entire year. The DCCC also finished 2021 with $82.5 million in the bank.”

“The National Republican Congressional Committee, meanwhile, raised about $35 million in the final quarter of 2021 and $140 million for the whole year. The NRCC also finished 2021 with $78.2 million cash on hand.”

“The voting rights group Stacey Abrams founded after losing the 2018 gubernatorial election to Brian Kemp reported this week that it ended 2021 with $19.5 million in the bank as she prepares to seek a rematch with the governor,” the Atlanta Journal Constitution reports.

“The Fair Fight PAC could continue using its money to support Democratic Party efforts and promote voting issues. But it also could get more directly involved in supporting Abrams in her run for governor.”

“Under a law that Kemp signed last year, if Abrams, as expected, wins the Democratic gubernatorial nomination, Fair Fight’s PAC could legally funnel money to her bid to oust the incumbent.”

Politico: “Presidential campaigns do not start in any definitive way. The 2024 race had ‘already begun’ last June, or was it March, or even before the last election, back in the fall of 2020. Turn up at a Lincoln Day dinner in Portsmouth or Des Moines, and you’ll feast on a smorgasbord of ‘flirts with,’ ‘teases,’ ‘kicks the tires’ and other ‘unofficial starts’ to a presidential campaign.”

“But every four years, there is a moment when the two political parties and the news media decide to stop daydreaming about the next one and jump right in. And sometime during this week’s pundit wish-casting about the Democratic 2024 ticket and the GOP’s threatened debate boycott, between the deconstruction of Mike Pompeo’s weight loss and the run-up to Donald Trump’s first rally of the year, on Saturday, it happened.”

“Ten months before the 2022 midterm elections, Washington’s head is firmly in 2024. The proximate cause of the shift in perspective, as so often happens, is Trump.”

Associated Press: “Dissent from Trump’s election lie within the GOP remains rare. From Ohio to Georgia and Arizona, candidates running for Senate, governor and attorney general have fully embraced Trump’s falsehoods as they have tried to win over his endorsement, deflect his fury or win over his base.”

“In the short term, such positioning may help Republican candidates come out on top in primary fields that are often crowded. But there are concerns that it could hurt the party in the fall, especially among suburban voters who have become increasingly decisive in recent campaigns. The further to the right that Republicans go now, the easier it could become for their Democratic rivals to portray them as extreme in a general election.”

“And any time candidates spend looking backward is time not spent attacking President Joe Biden, who is seen as particularly vulnerable amid rising inflation and coronavirus cases.”

“Right now, about 60 Arizonans, 36 Georgians, 34 Wisconsinites and 14 Nevadans are dying of Covid each day. Seventy five percent of 95 percent of that would be minus 103 Trump voters per day — just in those four swing states. Week after week. That adds up.”

“Democrats whine too much… Just quit being a whiny party and get out there and fight and tell people what you did, and tell people the exact truth.”  — James Carville, on Meet the Press.

Wall Street Journal: “State legislatures and commissions redraw voter maps nationwide every 10 years to reflect population changes… In some cases, the fresh maps pit political allies against one another, either by combining large parts of neighboring lawmakers’ districts or forcing lawmakers whose seats have been radically redrawn to seek a new home.”

“In Michigan, Georgia, West Virginia and Illinois, roughly a dozen House members are expected to face off against colleagues from the same party. More races could follow once states finalize their maps.”

“Hundreds of Texans seeking to vote by mail in the upcoming March primary elections are seeing their applications for ballots rejected by local election offices trying to comply with stricter voting rules enacted by Texas Republicans last year,” the Texas Tribune reports.

“A judge has ruled that absentee ballot drop boxes are not allowed under Wisconsin law, a ruling that could potentially remove an option for voting ahead of the state’s crucial midterm elections,” Wisconsin Public Radio reports.

Former President Donald Trump will hold a rally in Texas later this month as he looks to ramp up his travel schedule ahead of the 2022 midterm elections, The Hill reports.  He’s holding a rally in Arizona this weekend.

Politico: “Elected officials and operatives from across the president’s party are busy plotting how to run midterm campaigns without the benefit of a bill to bolster the social safety net and make generational investments to address climate change.”

“It’s far from the ideal position. And party leaders and campaign strategists are holding out hope that the White House may still be able to revive nascent talks around the initiative to at least salvage some popular elements. But there is an increasing sense that political inertia may well win out and that their party will be forced to radically adapt its core pitch to voters.”

“Arizona Gov. Doug Ducey (R) declared in January 2021 that he was ‘100 percent’ focused on his current job and uninterested in a bid for Senate,” Politico reports.

“But speculation among state political insiders that Ducey is plotting a late entry into the Senate race has escalated in recent weeks — a development that would scramble a contest that is pivotal to the battle for the Senate majority.”

“Extreme Republicans loyal to Donald Trump and his ‘big lie’ that the 2020 election was rigged have formed a nationwide alliance aiming to take control of the presidential election process in key battleground states that could determine the outcome of the 2024 presidential race,” The Guardian reports.

“At least eight Republicans who are currently running to serve as chief election officials in crucial swing states have come together to form the coalition.”