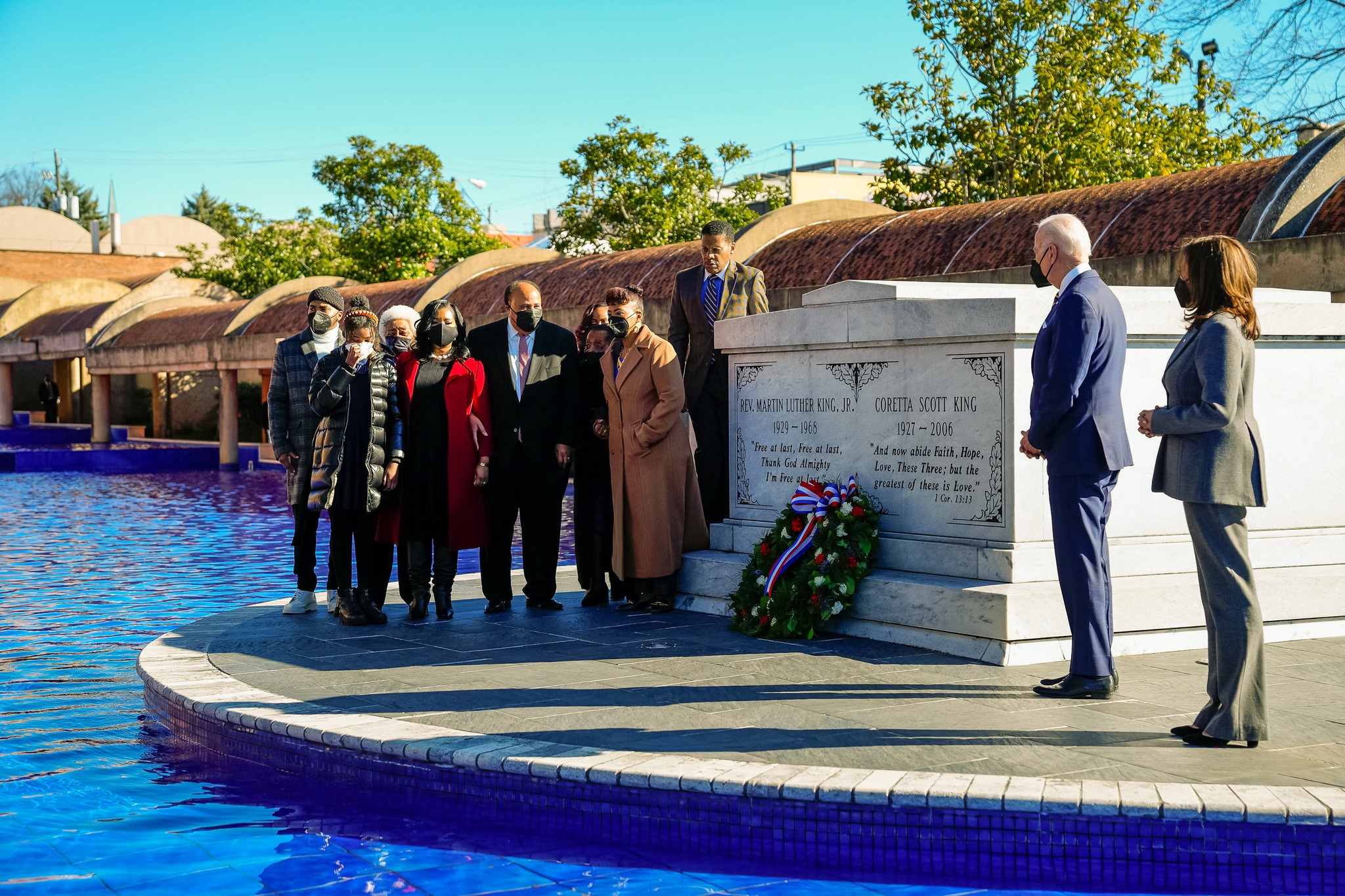 “Europe’s relations with Russia are sinking to depths unprecedented in the three decades since the collapse of the Soviet Union,” the Wall Street Journal reports.

After more than 20 years in power, President Vladimir Putin is rattling his European neighbors more than ever, signaling that he might invade Ukraine, deploying troops to shore up the autocracy in Kazakhstan, weaponizing his country’s natural-gas exports and demanding sweeping security concessions from the West.

“No one expected much progress from this past week’s diplomatic marathon to defuse the security crisis Russia has ignited in Eastern Europe by surrounding Ukraine on three sides with 100,000 troops and then, by the White House’s accounting, sending in saboteurs to create a pretext for invasion,” the New York Times reports.

“But as the Biden administration and NATO conduct tabletop simulations about how the next few months could unfold, they are increasingly wary of another set of options for President Vladimir V. Putin, steps that are more far-reaching than simply rolling his troops and armor over Ukraine’s border.”

“Microsoft warned on Saturday evening that it had detected a highly destructive form of malware in dozens of government and private computer networks in Ukraine that appeared to be waiting to be triggered by an unknown actor,” the New York Times reports.

“Tennis star Novak Djokovic has left Australia after losing his legal challenge to remain in the country and compete in the Australian Open despite not being vaccinated against the coronavirus,” the Washington Post reports.

“The Justice Department’s decision to charge Oath Keepers with seditious conspiracy last week makes clear that prosecutors consider the Jan. 6 attack on the Capitol part of an organized assault to prevent the peaceful transfer of presidential power,” the Washington Post reports.

“But so far the department does not appear to be directly investigating the person whose desperate bid to stay in office motivated the mayhem — former president Donald Trump — either for potentially inciting a riot or for what some observers see as a related pressure campaign to overturn the results of the election.”

“Christopher Miller, who was acting secretary of defense during the Jan. 6 riot, met Friday with members of the House committee investigating the origins of the attack on the Capitol,” NBC News reports.

Rep. Jamie Raskin (D-MD) told Insider that Capitol rioters called Nancy Pelosi’s office on January 7 to ask if there was a lost and found.

Said Raskin: “They were calling asking whether there was a lost and found because they forgot their phone there, or they left their purse or what have you.”

He added: “The officers quickly got on the phone and said, yeah, just give us your name, your address, your social, you know, and we’ll tie up those loose ends. But what’s so fascinating to me about that there really were people who felt as if they had been summoned to Washington by the president.”

“Hotels, fitness clubs, tour bus companies and minor league ball clubs are part of a long line of businesses seeking billions of dollars in new Covid-19 relief aid—if they can overcome opposition from many Republicans who say Congress has already given enough,” the Wall Street Journal reports.

“Lobbyists for the businesses say their campaign has taken on new urgency as the Omicron variant sweeps across the country, forcing many companies to scale back or shut down operations as employees call in sick and customers cancel orders and reservations.”

“Just over a year ago, millions of energized young people, women, voters of color and independents joined forces to send Joe Biden to the White House. But 12 months into his presidency, many describe a coalition in crisis,” the Associated Press reports.

“Leading voices across Biden’s diverse political base openly decry the slow pace of progress on key campaign promises. The frustration was especially pronounced this past week after Biden’s push for voting rights legislation effectively stalled, intensifying concerns in his party that fundamental democratic principles are at risk and reinforcing a broader sense that the president is faltering at a moment of historic consequence.

Dan Balz: “Biden’s road ahead looks as challenging as it did when he took the oath of office a year ago, though for different reasons. A year ago, he was arriving in the middle of a crisis — just days after the Jan. 6 assault on the Capitol and with a coronavirus pandemic that was raging. He said he was determined to lower temperatures, seek unity and demonstrate competent leadership after four chaotic years under President Donald Trump.”

“Today, Biden is dealing with challenges that have much to do with how he tried to govern in his first year, problems compounded by resistance from Republicans and his predecessor’s ongoing efforts to undermine faith in democratic processes. He also begins the year with far less popular support than a year ago. Despite some successes, his approval ratings remain in perilous political territory. How he responds will be critical.”

Washington Post: “If he entered office a year ago with promises of a forceful new era of government action, the past week displayed, like few of the 50 weeks that preceded it, the struggles he is facing on the cusp of his second year in office…”

“Biden has always considered himself an optimist, hoping for positive outcomes and casting aside pessimistic prognosticators. But the past week crystallized that, at least in the current political, economic and foreign policy environment, Biden is struggling to shape events and instead is finding himself shaped by them.”

New York Times: “A growing group of Senate Republicans and centrist Democrats is working on legislation to overhaul the Electoral Count Act, the 19th-century law that former President Donald Trump sought to exploit to overturn the 2020 presidential election. That effort is expanding to include other measures aimed at preventing interference in election administration, such as barring the removal of nonpartisan election officials without cause and creating federal penalties for the harassment or intimidation of election officials.”

“Democratic leaders say they regard the effort as a trap — or at least a diversion from the central issue of voter suppression that their legislation aims to address.”

Youngkin’s very first executive order bans the teaching of “divisive concepts” in schools, including “critical race theory,” a term Republicans use to refer to lessons on systemic racism.

John Harris: “After Rahm Emanuel limped to the end of two controversy-pocked terms as Chicago mayor in 2019, many people assumed he would be consigned at last to irrelevance. Some critics, especially on the Democratic left, thought a sullen fadeaway was too good for Emanuel — he deserved some place a bit hotter to spend his political afterlife.

“Less than three years later, Emanuel isn’t going to oblivion. And he isn’t going to hell, or at least not yet. He’s going to Tokyo. Emanuel leaves on Saturday to begin his term as President Joe Biden’s newly confirmed U.S. Ambassador to Japan. What gives?”

John Ellis, proprietor of News Items, writes about how Sen. Mitch McConnell has seemingly won over Fox News in his fight with Donald Trump.

“Fox hasn’t exactly shut down its criticism of McConnell. Sean Hannity keeps at it, ad nauseum. But the others seem to have put the subject aside. If they return to it, the question is whether they will do so wholeheartedly or because they need to punch the pander card for the sake of the ratings. Pandering seems more likely.”

“Rest assured that everyone at Fox News, and especially the show hosts, read the New York Post editorial, very carefully and more than once. Trump should focus on ‘the big picture’ and ‘leave the tactics’ to Mitch. All concerned, with the exception of Trump, appear to have absorbed the message.”

“Some of those whom the governor’s staff are wooing are heavily involved in amplifying the anti-vax movement and downplaying the Jan. 6 attack on the U.S. Capitol.”