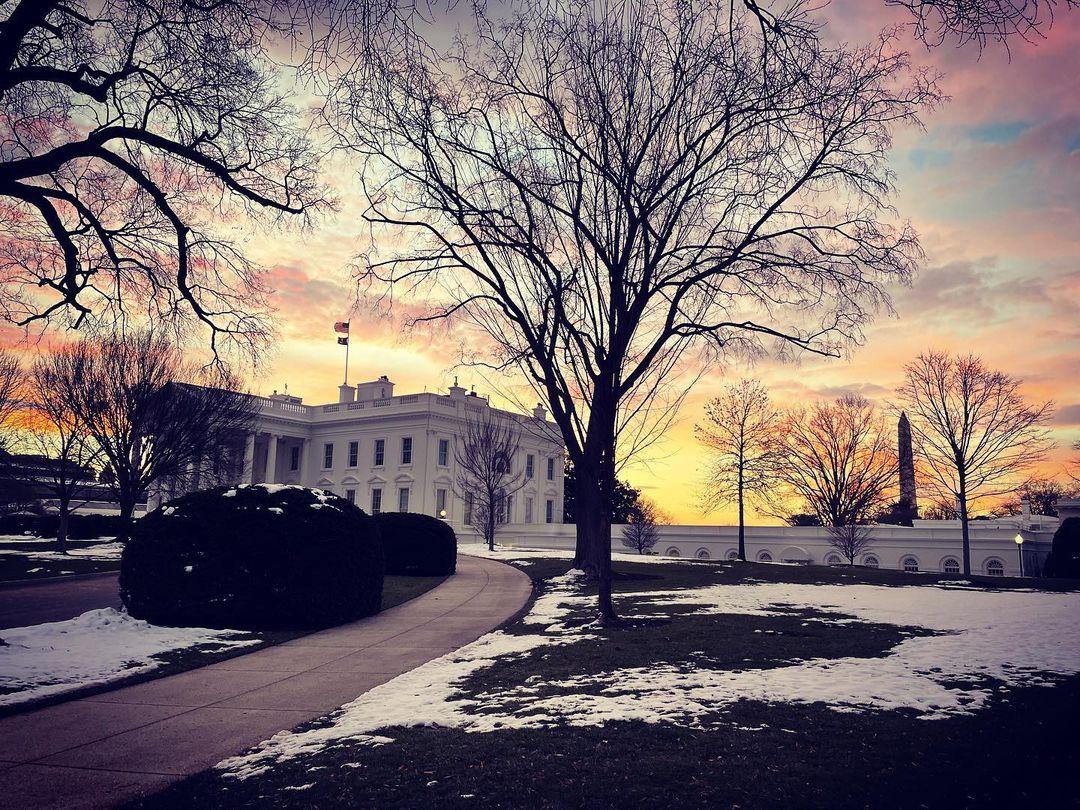 “With the White House legislative agenda in shambles less than a year before the midterm elections, Democrats are sounding alarms that their party could face even deeper losses than anticipated without a major shift in strategy led by the president,” the New York Times reports.

“The frustrations span the spectrum from those of the party’s liberal wing, which feels deflated by the failure to enact a bold agenda, to the concerns of moderates, who are worried about losing suburban swing voters and had believed Democratic victories would usher a return to normalcy after last year’s upheaval.”

“Democrats already anticipated a difficult midterm climate, given that the party in power historically loses seats during a president’s first term. But the party’s struggle to act on its biggest legislative priorities has rattled lawmakers and strategists, who fear their candidates will be left combating the perception that Democrats failed to deliver on President Biden’s central campaign promise of rebooting a broken Washington.

“It has been a mistake to have backroom conversations with Manchin and Sinema for the last four months, or five months. Those conversations have gotten nowhere. But what they have done is demoralize tens of millions of Americans.”  — Sen. Bernie Sanders, quoted by the Associated Press.

The White House announced that a new website will begin accepting orders on January 19 for free rapid tests.

“Millions of families this weekend will stop receiving monthly child tax payments for the first time in months after Congress failed to pass an extension of the expanded credit, The Hill reports.

“North Korea conducted its third weapons test of the year, the military in Seoul said, shortly after Pyongyang issued a blistering response over new American sanctions on the Kim regime,” the Wall Street Journal reports.

“DirecTV, one of the largest U.S. pay-TV providers, plans to drop One America News Network, dealing a major blow to the conservative channel that’s been criticized for spreading misinformation and had a loyal fan in former President Donald Trump,” Bloomberg reports.

Reuters: “High demand for groceries combined with soaring freight costs and Omicron-related labor shortages are creating a new round of backlogs at processed food and fresh produce companies, leading to empty supermarket shelves at major retailers across the United States.”

“Growers of perishable produce across the West Coast are paying nearly triple pre-pandemic trucking rates to ship things like lettuce and berries before they spoil.”

Hunter Biden’s ex-wife, Kathleen Buhle, will publish a memoir on June 14 that will be “the first time Hunter’s ex-wife has made any public comment about their divorce or its aftermath,” People reports.

“The White House has announced $308 million in additional humanitarian assistance for Afghanistan, offering new aid to the country as it edges toward a humanitarian crisis since the Taliban takeover nearly five months ago,” the AP reports.

“Amending Missouri’s open records law to permit government agencies to withhold more information from the public — and charge more for any records that are turned over — is among Gov. Mike Parson’s (R) priorities for the 2022 legislative session,” the Missouri Independent reports.

“Sixteen major U.S. universities, including Yale University, Georgetown University and Northwestern University, are being sued for alleged antitrust violations because of the way they work together to determine financial-aid awards for students,” the Wall Street Journal reports.

The Biden administration is preparing to ask Congress for “substantial” funding to address the ongoing Covid-19 pandemic domestically and abroad, Roll Call reports.

House Majority Leader Steny Hoyer (D-MD) told reporters during a pen and pad briefing that he expects the White House will ask lawmakers to appropriate funding for testing, vaccines and “to make sure schools have resources to keep themselves safe.”

“The two fallen prime ministers faced off in a largely empty Tel Aviv courtroom in the opening of Netanyahu’s defamation suit against Olmert.”

Israeli opposition leader Benjamin Netanyahu has for several weeks been negotiating a plea agreement over corruption charges, Haaretz reports.   “A ‘moral turpitude’ clause would keep Netanyahu from running in elections until he’s around 80, effectively ending the career of your average politician.”

“A newly disclosed memorandum citing ‘unprecedented’ meddling by the Trump administration in the 2020 census and circulated among top Census Bureau officials indicates how strongly they sought to resist efforts by the administration to manipulate the count for Republican political gain,” the New York Times reports.

Michael Gerson: “When the future judges our political present, it will stand in appalled, slack-jawed amazement at the willingness of GOP leaders to endanger the lives of their constituents — not just the interests of their constituents, but their lungs and beating hearts — in pursuit of personal power and ideological fantasies.”

“A new measure aimed at eliminating critical race theory in Virginia schools proposes teaching students about key documents in American history — including a debate between President Abraham Lincoln and the abolitionist Frederick Douglass that never happened,” The Hill reports.   “The bill, introduced this week by freshman Delegate Wren Williams (R), appears to confuse Frederick Douglass with Sen. Stephen Douglas (D), who battled Lincoln for a seat in the Senate in 1858.”

Rep. Marjorie Taylor Greene (R-GA) baselessly blamed Dr. Anthony Fauci for being entirely “responsible” for the coronavirus pandemic.  Said Greene: “We have so many serious problems and we can point them all at one man. That is Dr. Fauci.”  She added: “Dr. Fauci is responsible for all of this. He created the gain-of-function. He gave it to China. They created the bioweapon, which is Covid-19, and it broke the world.”

House Agriculture Chairman David Scott (D-GA) has “noticeably slowed in the last few years” with “increasingly halting speech and trouble at times focusing on a topic,” Politico reports.  “Some House Democrats say Scott has been unable to maintain control of routine committee hearings to keep Republicans from running roughshod over Democrats on key priorities.”

A cyberattack against Albuquerque Public Schools prompted the city to cancel all classes districtwide on Thursday and possibly Friday, the Albuquerque Journal reports.  The attack was discovered Wednesday morning “when teachers tried to log onto our student information system and were unable to gain access to the site.”

“Officials serving at U.S. diplomatic missions in Geneva and Paris are suspected to have been afflicted with the mysterious neurological ailment known as Havana Syndrome and at least one was evacuated back to the U.S. for treatment,“ the Wall Street Journal reports.

Washington Post: “Studies show that attitudes about the perceived direction of the economy tend to harden in May or June of an election year. And with negative news tending to linger in its impact compared with positive news, Democrats view the next few months as crucial.”

New York Times: “The Winter Olympics are three weeks away, but tickets have yet to go on sale. Airlines are shifting schedules, creating travel confusion. Now, a spate of coronavirus outbreaks around China — including some locally transmitted cases of the fast-spreading Omicron variant — is adding to the uncertainty ahead of the Games in Beijing.”

“Americans visited the IRS’s website to learn the status of their tax refunds more than 630 million times in 2021, a staggering number that reflects deep frustration with the speed and efficiency of the tax collection agency,” the Washington Post reports.