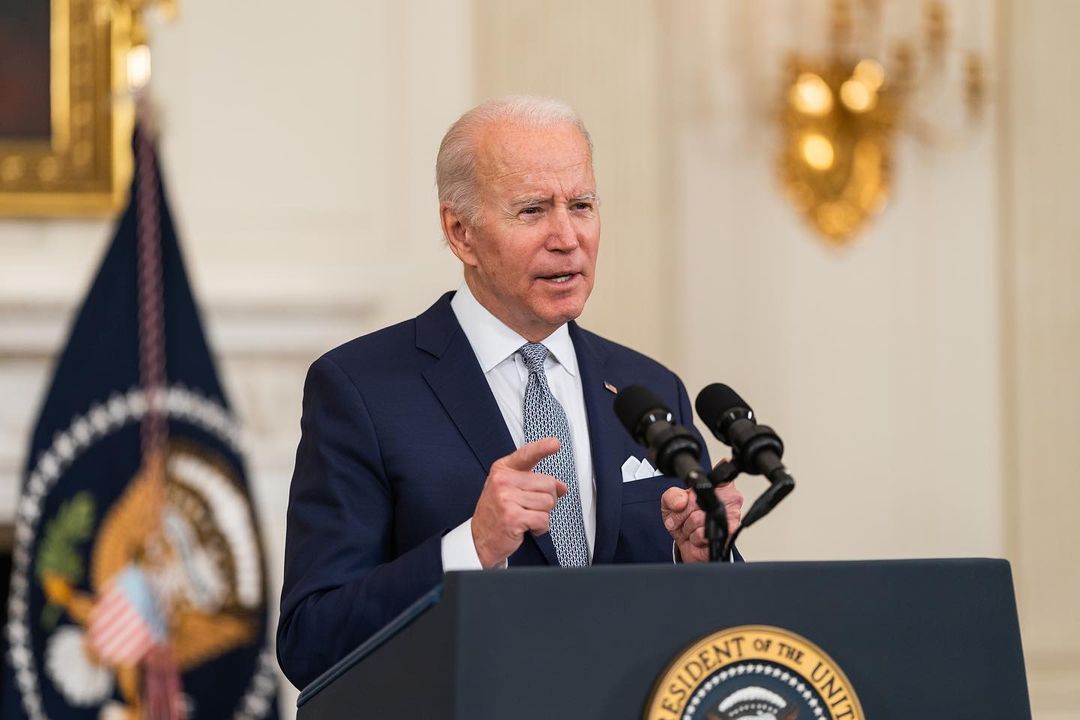 “The Biden administration accused Russia on Friday of sending saboteurs into eastern Ukraine to stage an incident that could provide President Vladimir Putin with a pretext for ordering an invasion of parts or all of the country,” the New York Times reports.

“The White House did not release details of the evidence they had collected to back up its charge, though one official said it was a mix of intercepted communications and observations of the movements of individuals.”

“Russian officials signaled on Thursday that they might abandon diplomatic efforts to resolve the security crisis surrounding Ukraine, bringing a whirlwind week of European diplomacy to an ominous end and deflating hopes that negotiators could forge a path toward easing tensions in Eastern Europe,” the New York Times reports.

“As diplomats were holding negotiations over the Ukraine crisis this week, Russia began moving tanks, infantry fighting vehicles, rocket launchers and other military equipment westward from their bases in its Far East,” the Wall Street Journal reports.

“A massive cyberattack warning Ukrainians to ‘be afraid and expect the worst’ hit government websites late on Thursday, leaving some websites inaccessible on Friday morning and prompting Kyiv to open an investigation,” Reuters reports.

“For years, U.S. officials have tiptoed around the question of how much military support to provide to Ukraine, for fear of provoking Russia,” the New York Times reports.

“Now, in what would be a major turnaround, senior Biden administration officials are warning that the United States could throw its weight behind a Ukrainian insurgency should President Vladimir V. Putin of Russia invade Ukraine.”

“Senate Democrats on Thursday blocked a GOP-led effort to impose sanctions on a Russian natural-gas pipeline amid deteriorating talks with Moscow over its military buildup along Ukraine’s eastern border,” Politico reports.

“The nearly party-line vote, 55-44, came after an aggressive effort by the Biden administration to limit Democratic defections on the legislation, which the White House viewed as a bid to undercut its strategy to deter a Russian invasion. In the end, six Democrats — many of them vulnerable to GOP challengers in November — and all Republicans but one backed the legislation, falling short of the requisite 60 votes.”

“House Minority Leader Kevin McCarthy said publicly and privately in the days following the deadly riots at the US Capitol that President Donald Trump admitted personally bearing some responsibility for the attack — one of several reasons why the select committee on January 6 wants to hear from the House’s top Republican,” CNN reports.

“McCarthy shared the details of his conversation with Trump in a little-noticed local radio interview done a week after the insurrection, in which McCarthy said he supported a committee to investigate the attack and supported censuring then-President Trump.”

“The House select committee investigating the Jan. 6, 2021, attack on the U.S. Capitol has issued subpoenas to four social media companies who have so far provided ‘inadequate response’ to requests for information and records relating to the spread of misinformation and efforts to overturn the 2020 election,” the Washington Post reports.

“The Travis County district attorney has determined that Attorney General Ken Paxton (R) violated Texas’ open records law by not turning over his communications from January 2021, when he appeared at the pro-Trump rally that preceded the attack on the U.S. Capitol,” the Austin American-Statesman reports.

“Americans, beset by product shortages, rising prices and the arrival of omicron, sharply cut their spending in December after a burst of early spending in the fall that helped bolster the holiday season,” the AP reports.

“Retail sales fell a seasonally adjusted 1.9% in December compared with the previous month when sales increased 0.3%.”

NPR: “No, you’re not imagining it. Some grocery store shelves are bare again, conjuring bad memories of spring 2020 for many.”

“Social media is rife with images of empty supermarket aisles and signs explaining the lack of available food and other items. Stores such as Aldi have apologized to customers for the shortages.”

New York Times: “Starting Saturday, new federal rules will require private insurers to cover the at-home coronavirus tests that Americans buy in pharmacies and other stores. The new system could, in theory, allow millions of consumers to pick up tests at thousands of locations without spending any money.”

“The reality, at least in the short term, is likely to be messier: Some insurers say it will probably take weeks to fully set up the system the White House envisions.”

New York Times: “At least 80 percent of staffed hospital beds were occupied in 24 states on Thursday. … More troubling, the data showed that in 18 states and Washington, D.C., at least 85 percent of beds in adult intensive care units were full.”

“Boris Johnson’s office on Friday apologized to the royal family for holding a staff party in Downing Street on the eve of Prince Philip’s funeral last year — the latest in a string of allegedly lockdown-breaching gatherings that are threatening to topple the British prime minister,” the AP reports.

The Telegraph reports the party took place on April 16, 2021 when the country was in strict lock down and went on until the early hours.

Florida Gov. Ron DeSantis (R) slammed Donald Trump on the Ruthless podcast saying he regretted not being “much louder” in opposing the Trump administration’s calls for a lock down early on in the pandemic.

“The Treasury Department told Arizona officials on Friday that it could claw back some of the state’s pandemic aid and withhold future payments if the state did not halt or redesign programs that use the money to undercut mask requirements in schools,” the New York Times reports.

“President Joe Biden will hold a news conference on Wednesday afternoon, the eve of the one-year anniversary of his inauguration,” the AP reports.

“The news conference comes as Biden is attempting to salvage his voting rights initiative and economic agenda, both of which lack the votes to move forward in the evenly-split Senate.”

Associated Press: “Days before he hits his one-year mark in office, a torrent of bad news is gnawing at the foundational rationale of President Joe Biden’s presidency: that he could get the job done.”

“In the space of a week, Biden has been confronted by record inflation, COVID-19 testing shortages and school disruptions, and the second big slap-down of his domestic agenda in as many months by members of his own party. This time, it’s his voting rights push that seems doomed.”

“Add to that the Supreme Court’s rejection of a centerpiece of his coronavirus response, and Biden’s argument — that his five decades in Washington uniquely positioned him to deliver on an immensely ambitious agenda — was at risk of crumbling this week.”

David Ignatius: “President Biden hit a political wall this week in his push for voting rights legislation, just as he did last year in trying to pass his Build Back Better spending package. It’s time for Biden to ask himself why he’s in this morass…”

“Successful presidencies carry a sense of political momentum, going from success to success. Sadly, President Biden has lost much of that forward drive. It’s time for a restart, with less shouting and more of Biden’s trademark common sense.”

“Senate Majority Leader Chuck Schumer’s (D-NY) key deadline of the Martin Luther King Jr. Day holiday on Monday for a Senate vote on election and voting legislation and a bid to change the chamber’s filibuster rules will come and go before the chamber takes up the proposals,” Politico reports.

Punchbowl News: “Schumer doesn’t have the votes to win either of those fights. But after Schumer and President Joe Biden have gone this far playing a losing hand on these two high-profile issues, they’ve apparently decided to ride it all the way to the bitter end, even if it means exposing vulnerable Democratic senators to a politically difficult vote. That’s some interesting member management.

“The White House on Friday announced a new program to repair and replace the nation’s bridges through funding from the bipartisan infrastructure law that passed Congress in November,” CNN reports.

Associated Press: “Under the five-year program, the federal government will release nearly $5.5 billion this fiscal year to states, Puerto Rico, the District of Columbia and tribes.”

“Vice President Harris’s team is engaged in a series of course changes that aides and supporters hope will boost her public image and reset her political prospects, after a first year in office that even some of her allies say has fallen short of expectations,” the Washington Post reports.

“She has hired Jamal Simmons, a seasoned political operator and familiar face on cable news, to oversee her communications. She has returned to President Biden’s side for big events. She is mulling a heavier media schedule after months of looking warily at such engagements. She is looking to benefit from an extensive schedule of midterm campaigning that aides hope will revive Democrats’ faith in her political skills and popular appeal.”

Said Newsom: “I have determined that Sirhan has not developed the accountability and insight required to support his safe release into the community. I must reverse Sirhan’s parole grant… The most glaring proof of Sirhan’s deficient insight is his shifting narrative about his assassination of Kennedy, and his current refusal to accept responsibility for it.”

“More than 60 senators have secured earmarks in their appropriations bills, including 16 Republicans, according to the Senate committee.”

“President Joe Biden is planning to sign executive actions on police reform as early as this month, as his administration seeks to unilaterally jumpstart an issue that’s a top priority for a key constituency,” NBC News reports.