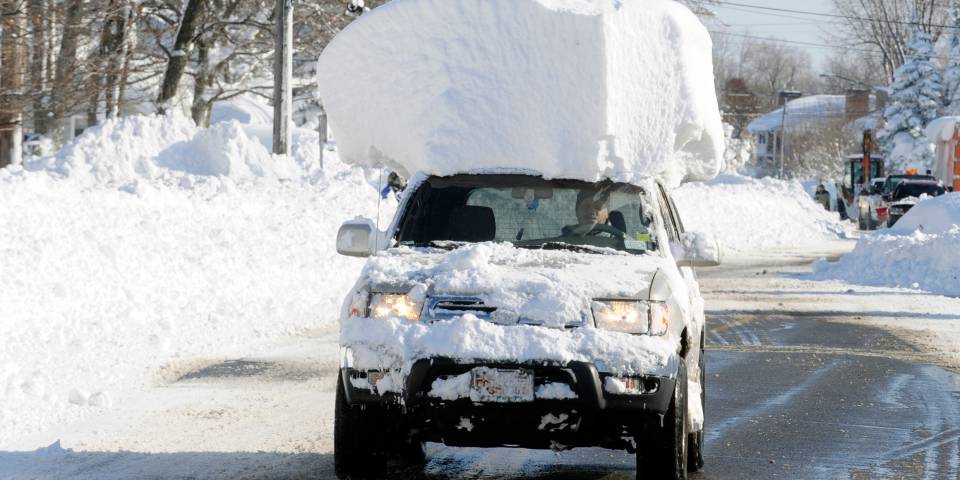 Senate Bill 64 is a common sense bill that you cannot believe is already law in Delaware. It would place a duty on the drivers of cars and trucks to clean ice and snow off of their vehicles prior to driving on the State’s highways.  A person who violates this law may be stopped by police and issued a penalty of not less than $25 or more than $75 for each offense regardless of whether any snow or ice is dislodged from the motor vehicle.

And yet this bill or something like it has been introduced in 2017 and 2019, and it never passes. It passed the Senate 20-0-1 in April 2019, but it never got any play in the House. It has just passed the Senate again yesterday, by a vote of 18-2-1, but only after some downstaters were appeased with an Amendment that would state the new law would not apply if the vehicle was traveling on a road with a speed limit of 25 miles per hour or less.

The no votes are somewhat, no, not somewhat…. absolutely shocking. Senators Kyle Evans Gay and Sarah McBride voted no. And Senator Marie Pinkney did not vote. I would have bet real money before seeing the roll call that the no and not votes would be cranky conservatives downstate screaming “Don’t Tread on Me.” But I suppose they might be concerned about giving law enforcement another opportunity to pull people over, and they might be concerned about the imposition of fines and fees since the General Assembly has been trying to move away from that in criminal justice reform.