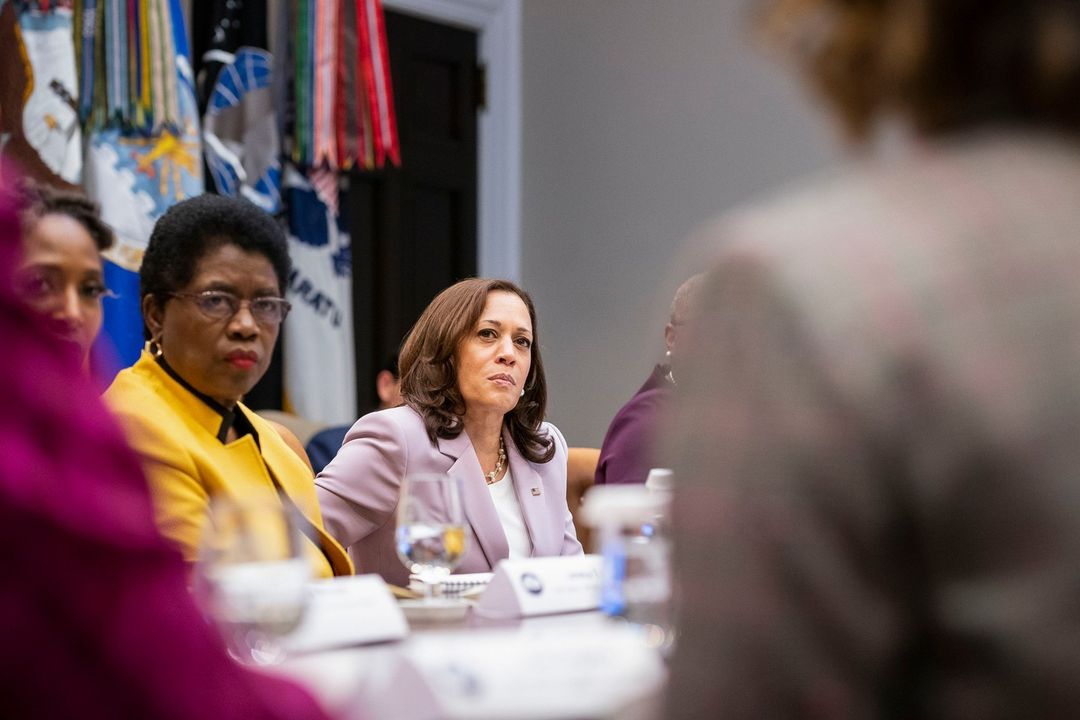 A new Politico/Morning Consult poll finds that 55% of Americans support reforming the Electoral Count Act, the 19th-century law that Donald Trump tried to use to subvert the Electoral College on Jan. 6. 2021.

However, electoral reform in general is not a top issue of concern for the public right now. We asked voters which of three voting reform ideas should be “the top priority” for Congress to pass: reforming Congress’ role in counting Electoral College votes, expanding voting access in federal elections or expanding oversight of states’ changes to voting practices. “None of the above” (32%) beat out all of them.

A new Quinnipiac poll finds President Biden with a dismal approval rating, 33% to 53%.

Vanity Fair: “For Pence, whose office declined multiple requests for comment for this article, surviving Trump, literally and figuratively, meant keeping his head down and doing his job. For a long time, the conventional wisdom among Republicans has been that Trump ended Pence’s political career on January 6, convincing his die-hard base that Pence was the Benedict Arnold of their revolution.”

“Instead, Trump’s actions seem to have had the opposite effect, accidentally launching Pence’s quite feasible bid for the Republican nomination.”

NORTH CAROLINA REDISTRICTING. A panel of judges ruled that North Carolina’s new congressional district maps, which would give Republicans a 10-4 advantage, are constitutional, the Raleigh News & Observer reports.

“The GOP-drawn maps would give Republicans a built-in advantage in future elections—but none of the reasons why challengers said the maps are unconstitutional stand up to legal scrutiny, the judges ruled.”

HuffPost: “Secretary of state candidates in three battleground states — Georgia, Michigan and Minnesota — have collectively raised 2.5 times more than candidates had at a comparable point in 2014 or 2018 election cycles, according to a new analysis from the Brennan Center for Justice, a nonprofit that will track campaign spending in secretary of state races and other contests that will shape how elections are managed and run.”

“The astronomical sums reflect the increased profiles of secretaries of state who found themselves in the spotlight during the 2020 election — and the subject of relentless attacks in its wake — as well as the heightened stakes of such campaigns even in a crowded midterm cycle.”

Said Senate Minority Leader Mitch McConnell (R-KY): “I think Sen. Rounds told the truth about what happened in the 2020 election. And I agree with him.”  Said Sen. John Thune (R-SD): “I say to my colleague, welcome to the club.”

“Former President Donald Trump announced guest speakers today for his Saturday rally in Arizona, and most of them share a common trait: they led efforts to overturn the 2020 presidential election,” Axios reports.

“Trump has made clear to all who seek his endorsement that if they want his blessing, they need to make overturning the 2020 election as much of a priority as subverting future elections.”

Jonathan Bernstein: “Trump wasn’t deterred after the 2020 election by the plain meaning of the law and the Constitution. Had enough Republicans in key positions gone along with him, it’s quite possible he would have successfully remained in office despite losing the election, and that would be even more true in a future scenario in which Trump allies held congressional majorities.”

“Moreover, there’s always a danger of fighting the last war. In 2020, the threat seemed to be in what happened after the votes were counted. Next time, the threat could be in the counting of the ballots, or what happens before the ballots are counted. What this means is that those who support the republic will need to fight for it, and not just through legislative fixes.”

President Biden called the Jan. 6 Capitol insurrection an “attempted coup.”  Said Biden: “That’s why we’re here today: to stand against the forces in America that value power over principle, forces that attempted a coup, a coup against the legally expressed will of the American people by sowing doubt, inventing charges of fraud and seeking to steal the 2020 election from the people.”

Greg Sargent: “If Republicans succeed in blocking Democratic efforts to protect voting rights this week, as expected, the push to defend democracy will be anything but dead. That’s because another important proposal to prevent a stolen 2024 election is coming together in the Senate.”

“This one may — may — prove harder for Republicans to oppose. At least it should prove harder. It would help prevent a rerun of Donald Trump’s 2020 effort — and the violence that followed — with minimal reforms that Republicans can’t manufacture objections to as easily.”

GEORGIA U.S. SENATOR. U.S. Senate candidate Herschel Walker (R) “will not say whether he has been vaccinated. But in Walker’s mind, he may not need the shot,” the Daily Beast reports.

“That’s because, months before the vaccine was available, Walker was swearing by—and encouraging others to use—unproven mystery treatments, including an allegedly FDA-approved ‘dry mist’ that will ‘kill any COVID on your body.’”

NEW HAMPSHIRE REDISTRICTING. New Hampshire Gov. Chris Sununu (R) “gave a negative review of the House-passed plan to redistrict the state’s two congressional districts, suggesting it would create seats that would be too partisan-leaning,” the New Hampshire Union Leader reports.

Said Sununu: “I don’t love it. I don’t think it’s going to be the plan that ends up on my desk.”

“The comments threw a monkey wrench into a process Republican state party leaders hoped would contain little dissent within GOP ranks since they hold sway in the New Hampshire House of Representatives, state Senate and the corner office.”

WISCONSIN GOVERNOR. Former Gov. Tommy Thompson, who is resigning as interim president of the University of Wisconsin System in March, declined to rule out running for a fifth term as governor at the age of 80 in a new interview on Tuesday. “I’m not saying it’s in the cards. But I’m physically and mentally capable of doing anything,” insisted Thompson, who served as governor from 1987 to 2001 before stepping down to serve as George W. Bush’s HHS secretary.

At a GOP debate in 2007 during his short-lived presidential campaign, Thompson had to apologize repeatedly after saying he thought employers should be allowed to fire gay workers, alternately blaming his response on needing to go to the bathroom and on a malfunctioning hearing aid. In 2012, Thompson ran for Senate but lost to Democratic Rep. Tammy Baldwin 51-46 after narrowly winning a bruising GOP primary with just 34% of the vote.

Former Lt. Gov. Rebecca Kleefisch has essentially had the Republican primary to herself since she launched her campaign against Democratic Gov. Tony Evers last September, but two former U.S. Senate candidates are threatening to give her some real competition in the August nomination contest. The more likely threat may come from businessman Kevin Nicholson, who spent more than a year saying he’d seek the Republican nomination for governor in the event that GOP Sen. Ron Johnson were to run for re-election, but millionaire Eric Hovde is also talking about getting in.

While Nicholson held off from announcing anything on Sunday in the hours after Johnson kicked off his bid to stay in the Senate, he tweeted, “It’s no secret that I’m considering a run for Governor … Over the coming days my family, friends, and I will continue to pray for wisdom for our next steps.” The Associated Press’ Scott Bauer reports that Nicholson is expected both to run and to once again have the support of billionaire Richard Uihlein, who spent $11 million backing him in his quest for the 2018 Senate nomination. Despite Uihlein’s heavy spending, though, state Sen. Leah Vukmir beat Nicholson, who had had trouble explaining away his long history as a Democrat, by a 49-43 margin before losing to Democratic incumbent Tammy Baldwin.

Hovde, meanwhile, told the AP on Monday he was “seriously evaluating” running for governor and would decide in the next few weeks. Hovde ran for the Senate in 2012 but lost the primary to former Gov. Tommy Thompson 34-31; Thompson went on to lose the open seat race to none other than Baldwin.

PENNSYLVANIA U.S. SENATOR. Politico: “As [Businessman Dave] McCormick prepares to imminently enter Pennsylvania’s Republican contest for the Senate — a race in which candidates are outdoing each other to prove their loyalty to Trump — he is already making moves to inoculate himself from the all-but-certain primary attacks that he is insufficiently MAGA.”

“McCormick has built a campaign-in-waiting with a who’s who of Trump-world operatives, and distanced himself from his former company’s China ties, while his allies have reached out to Trump-friendly media. The question is whether that will be convincing enough in a state where Trump continues to have a strong hold on the GOP grassroots.”

George Bochetto, a longtime Republican attorney in Philadelphia who also served as state boxing commissioner from 1995 to 2002, has joined the packed May primary and says he’ll self-fund $1 million.

Bochetto in the past has talked about running for mayor of his heavily Democratic city plenty of times and even waged a brief campaign in 1999, but he ended up dropping out before the primary; the eventual nominee, Sam Katz, ended up losing the general election 51-49 to Democrat John Street, which is likely to remain the Repubican high-water mark for decades to come.

“The Wyoming Republican Party and Rep. Liz Cheney continue to trade barbs, this time over her comments suggesting the leaders controlling the state GOP are radicals,” the Casper Star Tribune reports.

Georgia Gov. Brian Kemp (R) will report more than $12 million in his campaign account as he readies for a tough reelection fight against former Sen. David Perdue (R) in the GOP primary and a potential rematch against Stacey Abrams (D) in November, the Atlanta Journal Constitution reports.