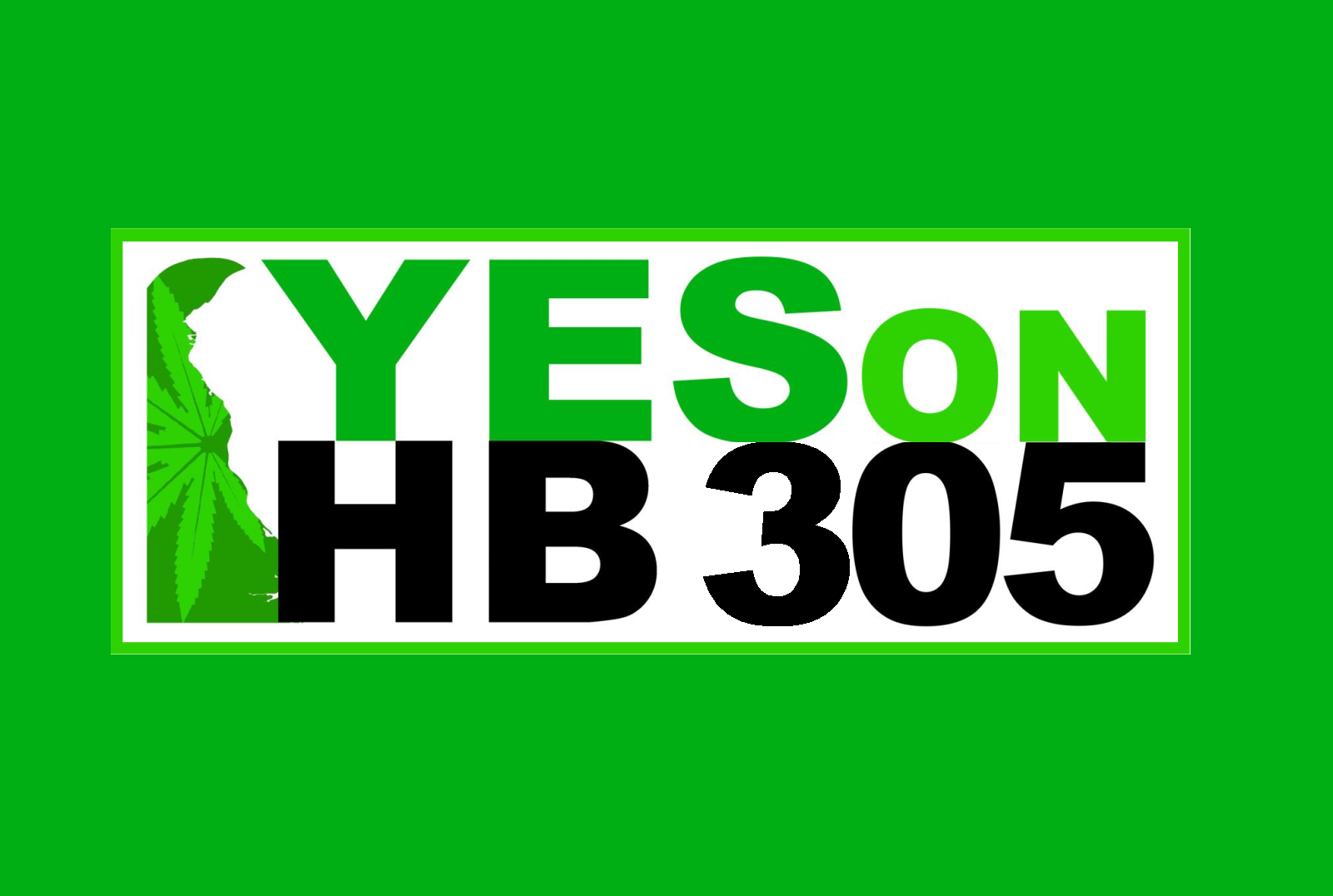 If you think we have already done this before, you’re not wrong. House Bill 150, the Delaware Marijuana Control Act, a bill that would legalize recreational marijuana for adult users, has already been introduced back in March 2021, and it received a hearing and was released from committee in June 2021. It would seem that, after months of meetings and negotiations, lead sponsor Representative Ed Osienski has revised the bill and reintroduced it as a whole new bill, rather than amending the already released House Bill 150. So that prior bill is now moot and will be deleted from our Vote Tracker charts.

House Bill 305, the revised Delaware Marijuana Control Act, would create a legal framework to regulate the cultivation, sale and possession of marijuana, provide opportunities for small businesses to be licensed, and ensure people living in areas disproportionately affected by the prohibition of marijuana have equal access to this new market. The legislation also contains a new framework for directing state proceeds from sales and licensing to justice reform efforts.

“We heard the input from members and advocates and spent the legislative break working on compromises wherever possible, striving to build the best possible law,” said Rep. Osienski. “It’s critical to note that support for adult recreational marijuana has been growing for years in Delaware and across the country. Other states have successfully enacted policies for safe and legal cannabis, and I believe we are more than capable of doing the same in the First State. I’m looking forward to advancing this bill and making Delaware the next state to legalize adult recreational marijuana.”

HB 305 would regulate and tax marijuana in the same manner as alcohol. It would allow adults 21 and older to purchase up to one ounce of marijuana from a licensed retail marijuana store. Under the bill, the Division of Alcohol and Tobacco Enforcement (DATE) would absorb marijuana enforcement and create a separate, administrative Office of Marijuana Control Commissioner within the Department of Safety and Homeland Security.

The legislation would allow for up to 30 retail licenses to be issued within 16 months of the bill’s effective date. It also would establish a competitive licensing process through the Office of Marijuana Control Commissioner using a scoring system that rewards applicants for paying a living wage, providing employer-paid health insurance, providing a defined benefit pension plan, providing sick and paid leave to workers, hiring more full-time workers, focusing on diversity of workforce, and other factors.

HB 305 also would establish a marijuana control enforcement fee assessed at point of sale, set at 15%.

“At least three other states have legalized recreational marijuana use by adults since House Bill 150 was first introduced and more than 145 million Americans now live in one of the 18 states that have successfully replaced an illegal market with a well-regulated and responsible industry that is creating thousands of good-paying jobs for their citizens,” said Sen. Trey Paradee, the lead Senate sponsor.

“The benefits of a thriving cannabis industry are clear, and I give Rep. Osienski a ton of credit for his willingness to work for legislators and stakeholders to make a great bill even better. This legislation is sound economic policy, represents strong social justice reform and will create jobs throughout our state. It’s time for Delaware to catch up with the rest of the country and pass HB 305.”

The new measure varies from HB 150 in several key manners:

The proposed Justice Reinvestment Fund would be administered by the Department of Justice and would be used to facilitate grants, contracts, services, or initiatives that focus on the following:

HB 305 would create new license pools for Social Equity and Microbusiness applicants. The new Social Equity Applicant pool would be limited to those who either live in a disproportionately affected area, or have either been convicted of a marijuana related offense (barring selling to a minor), or are the child of a person convicted of a marijuana related offense. These applicants would have access to technical assistance programs, reduced fees, an adjusted points scale, and a waiver of the physical location requirement.

Currently, recreational marijuana use is permitted in 18 states and the District of Columbia. Nearby states New Jersey, Virginia and New York have legalized adult recreational cannabis.

HB 305 would not change existing state law regarding driving under the influence of an illicit or recreational drug. It also would not allow individuals to grow their own plants. Public consumption of marijuana would still not be permitted.