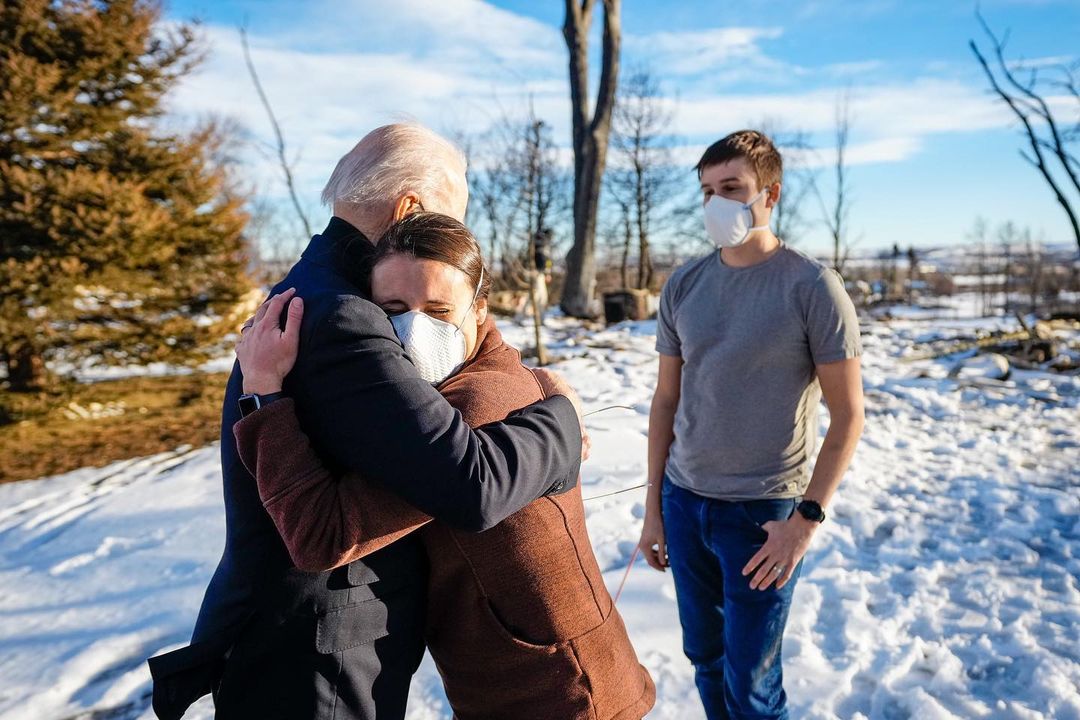 Jonathan Bernstein: “What’s most noteworthy about the Democrats who are leaving the House without other electoral plans, however, is that they are as a group extremely old. Murphy is the exception; she will be 44 when the next Congress gavels in on Jan. 3, 2023. But four of the others are in their 80s, with Eddie Bernice Johnson of Texas already 86, and all but four would turn at least 70 during their next terms if they stuck around. Even with Murphy, the group will average about 71 years old by January 2023. And the Speaker of the House, Nancy Pelosi, who is 81, is expected to step down after the election, although she has committed to running for another term.”

“Even in a body as old as the U.S. Congress, this is unusual. The four Republicans who are leaving without running for higher office will be 67, 51, 44, and 38 when the next Congress begins.”

“Democrats may expect to lose their majority, and that could be a factor in the retirements. But the age data suggest something else may be going on as well.”

“When President Biden and Vice President Kamala Harris deliver major speeches on voting rights on Tuesday in Atlanta, there will be notable absences in the crowd,” the New York Times reports.

“Stacey Abrams, the Democratic candidate for governor and one of the nation’s best known voting-rights advocates, will not be there. Nor will a coalition of Georgia’s most active voting-rights groups.”

NEBRASKA 1ST CD. Rep. Jeff Fortenberry announced that he will seek a 10th term representing Nebraska’s 1st District in Congress this year, despite his legal troubles, the Lincoln Journal-Star reports.

Federal prosecutors have charged him with lying to investigators as part of a probe into a foreign billionaire who used straw donors to illegally funnel $180,000 to four different GOP candidates, including $30,000 to Fortenberry’s campaign.

Bizarrely, the congressman once again delivered the news via a blurry video recorded with his wife and dog inside of his pickup truck—just as he did when he stunned the political world with word of his indictment back in October. Since then, Fortenberry has picked up a Democratic opponent in state Sen. Patty Pansing Brooks. While the 1st is conservative turf, it picked up some blue areas in redistricting as part of a Republican gerrymander to protect the 2nd District, shifting the seat from 56-41 for Donald Trump to 54-43 Trump. Throw in Fortenberry’s serious legal woes and we could have an interesting race.

MARYLAND U.S. SENATOR. “Senate Minority Leader Mitch McConnell and other top Republicans are stepping up a personal campaign to persuade Maryland Gov. Larry Hogan to run for the Senate and help the party’s chances of regaining control of the chamber,” the AP reports.

“Hogan, who is prevented by term limits from running for reelection, has long resisted the idea of challenging Democratic incumbent Sen. Chris Van Hollen.”

PENNSYLVANIA U.S. SENATOR. “As celebrity doc Mehmet Oz runs for Senate, he’s indicating he has no intention of renouncing his Turkish citizenship — and is being challenged repeatedly on the campaign trail to answer why,” Politico reports.

“In recent weeks, the Pennsylvania hopeful has been asked multiple times by Republicans about his dual citizenship.”

Politifact notes a dual citizen is legally permitted to serve in Congress.

Washington Post. “The establishment candidate thought she was a shoo-in, but she hadn’t contended with the home-schooling, anti-masking member of the far-right Three Percent movement.”

NEW HAMPSHIRE U.S. SENATOR. State Senate President Chuck Morse has confirmed that he’ll take on Democratic Sen. Maggie Hassan, which makes him the first major Republican to launch a bid in the two months since Gov. Chris Sununu decided to sit out this race.

So far, Morse’s only notable opponent in the September primary, which is one of the last in the nation, is Donald Bolduc, who lost the GOP nomination last cycle for New Hampshire’s other Senate seat. Bolduc generated attention after he celebrated Sununu’s announcement by blasting the governor as a “Chinese communist sympathizer” with a family business that “supports terrorism,” so you can tell what kind of campaign he’s running this time around. Other Republicans, however, are still talking about getting in, with Londonderry town manager Kevin Smith promising an announcement this week.

Morse himself has led the GOP in the upper chamber since 2013, and WMUR writes that, while he’s largely “veered away from ideological battles,” he’s embraced more hardline conservative measures recently, like the state’s recently passed 24-week abortion ban. Morse, who represents a red seat in the southeast corner of the state, has never run statewide before, though the two days he served as acting governor in January of 2017 technically made him New Hampshire’s first Republican chief executive in 12 years.

When asked about his potential bid for the Republican nod Thursday, Londonderry Town Manager Kevin Smith said that “you can expect some news about a decision on me running next week.”

“Tennessee Republicans will present plans to split booming Nashville and Davidson County into multiple congressional districts, paving the way for the party to dilute its existing Democratic voter base and gain an additional congressional seat,” the Tennessean reports.

Daily Beast: “Most of those candidates have not so much as mentioned the name of the bill in their social media posts and campaign materials. And though these Democrats frequently tout their commitment to advancing the goals set out in the bill—like lowering prescription drug costs, fighting climate change, and improving child care—many don’t explicitly acknowledge that there is, currently, a bill that would achieve those goals.”

“Meanwhile, some Democrats running to break the 50-50 partisan deadlock in the Senate have avoided talking much about the legislation currently languishing in that chamber.”

The last primary survey we saw from a reputable firm was another Moore internal for Timken in November, and it had Mandel edging her out by a 21-17 margin.

HAWAII GOVERNOR. Developer Peter Savio tells Hawaii News Now that he’s thinking about entering the August Republican primary for this open seat, though he doesn’t sound enthusiastic about the idea. Savio says that, while he’s spoken to party leaders, “I’m hoping they can find someone else and I can give them ideas and solutions that I believe would help to make Hawaii a better place.” No notable Republicans, though, are currently competing for the top job in this very blue state.

MICHIGAN GOVERNOR. A federal judge has dismissed a Republican lawsuit seeking to invalidate a Michigan rule allowing candidates who are the target of recalls to raise unlimited funds from donors, saying that the plaintiffs lacked standing because they failed to show they’d been harmed by the so-called “recall exception.”

Democratic Gov. Gretchen Whitmer had taken advantage of the rule to raise roughly $4 million beyond what normal contribution limits would allow because opponents had launched dozens of recall efforts aimed at her, all of which failed to go anywhere. Because those recalls never made the ballot, Democratic Secretary of State Jocelyn Benson determined last year that Whitmer’s campaign would have to disgorge any excess funds. The campaign has said it will do so this month, though Whitmer hasn’t yet revealed what she’ll do with the money. She could, however, simply give it the state Democratic Party or another organization that could then spend it to support her re-election bid this fall.

Republicans had argued that the recall rules were unconstitutional because they allowed Whitmer to raise more money than any of the GOP candidates running for governor this year. However, U.S. District Judge Janet Neff, an appointee of George W. Bush, ruled that Republicans were in essence conflating the hypothetical recall elections with the regular quadrennial election, pointing out that the recall committees could have also raised unlimited sums. Neff said that any “alleged harm” was therefore “self-inflicted” because plaintiffs could have donated any amount they wanted to the recall efforts but chose not to.

NEW YORK GOVERNOR. Suffolk County Executive Steve Bellone has announced that he will not be seeking the Democratic nomination for any statewide office this year.

Businessman Harry Wilson, who was the GOP’s nominee for state comptroller in 2010, says he’s giving “very serious consideration” to a possible bid for governor this year. Wilson lost that previous race to Democratic incumbent Thomas DiNapoli 51-46, but his showing still stands as the best by a Republican in a statewide contest since 2002.