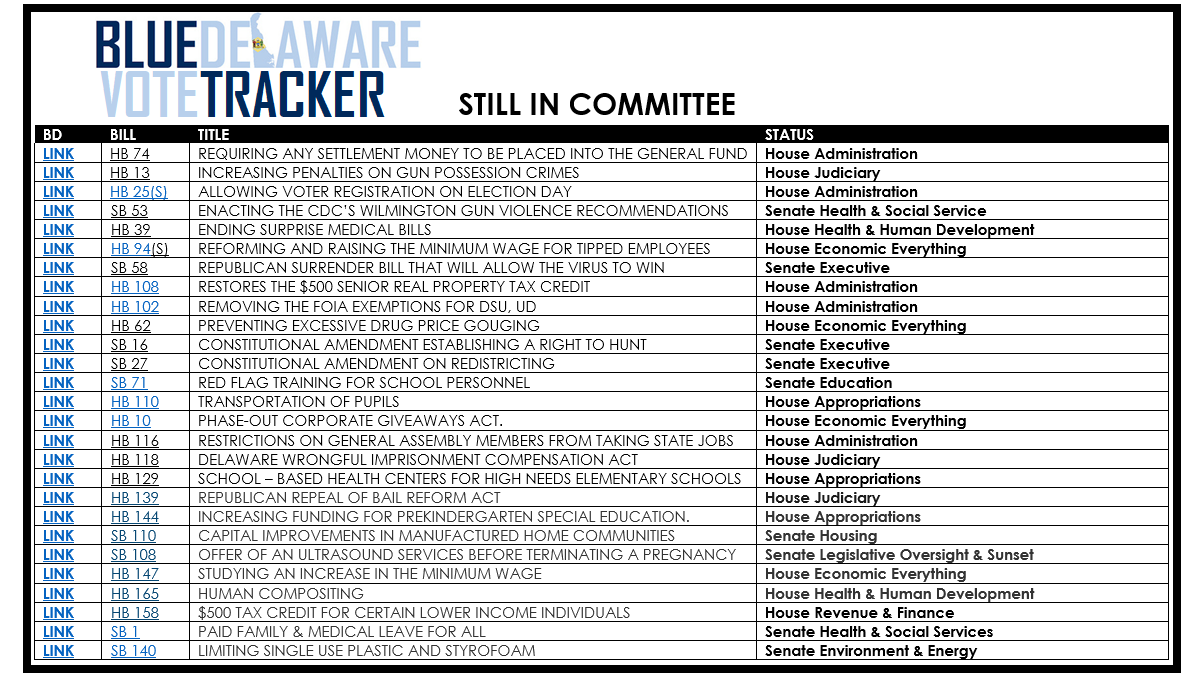 In this post, we include the chart of all bills that are waiting in a committee to be released onto the chamber floor for a vote.

0 comments on “Bills Still in Committe from Last Year”