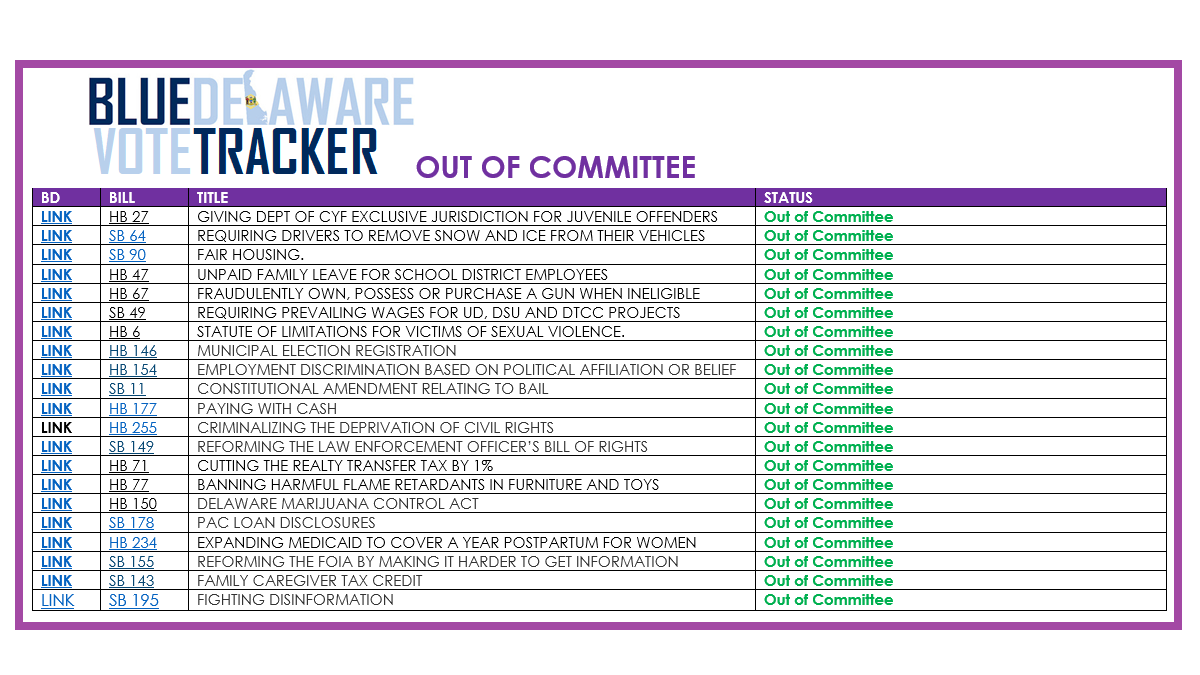 In this post, we include the chart of all bills that have been released from Committee but still wait on a vote on the chamber floor.

0 comments on “Bills Out of Committee in the General Assembly”