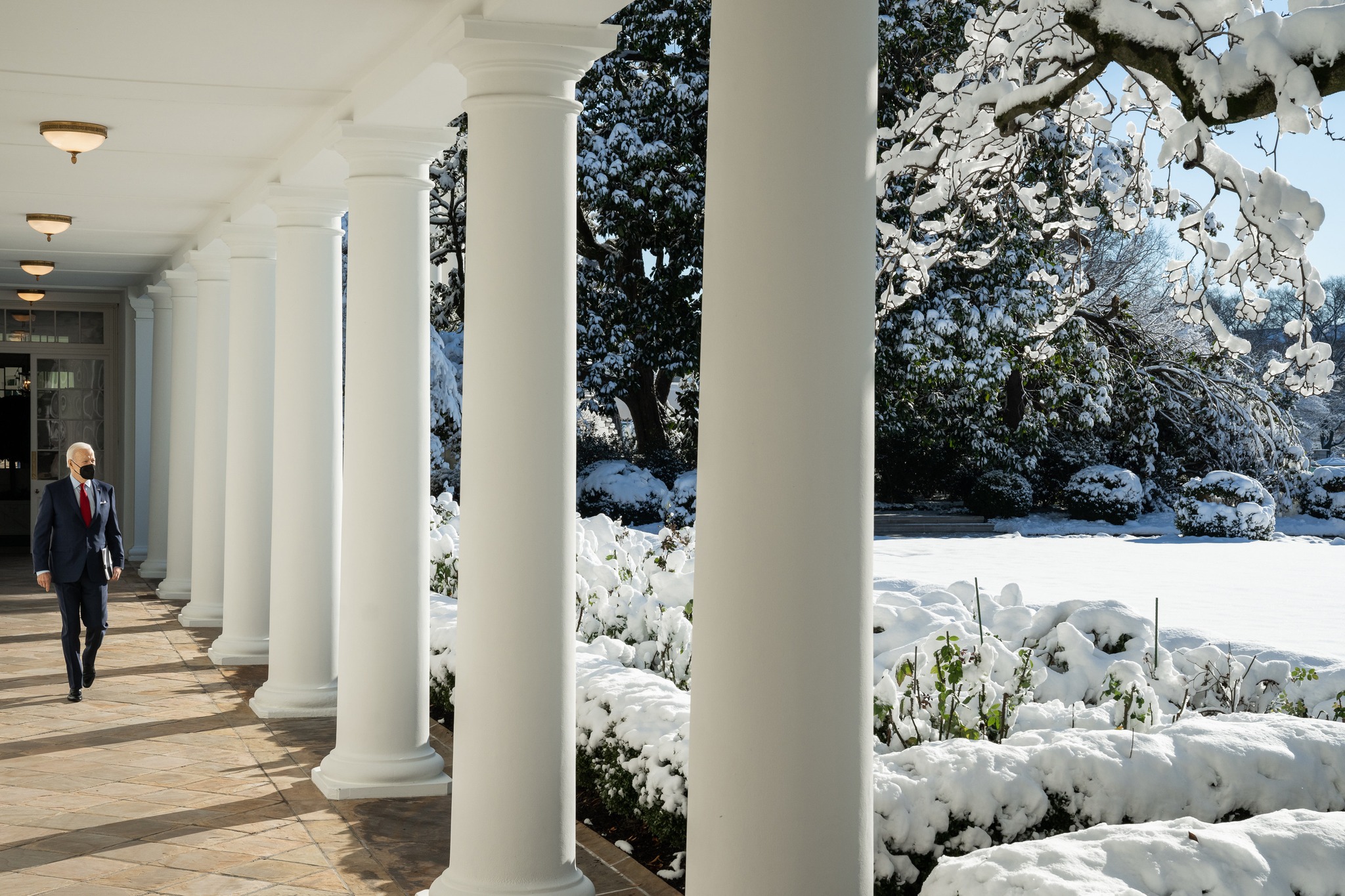 Rebecca Solnit: “Mainstream figures in the center and the left are not pushing radically counterfactual stuff akin to the conservative lies about Covid-19, let alone trying to instigate or whitewash the kind of violence we saw on Jan. 6. Democrats operate on the basis of reasonably factual premises and usually accept the authority of science, law and history, while Republicans uninhibitedly push whatever’s most convenient for their goals and incendiary for their base.”

New York Times: “Today, the Republican Party is very much still Mr. Trump’s, transforming his lies about a stolen 2020 election into an article of faith, and even a litmus test that he is seeking to impose on the 2022 primaries with the candidates he backs. He is the party’s most coveted endorser, its top fund-raiser and the polling front-runner for the 2024 presidential nomination.”

Georgia Gov. Brian Kemp (R) told Axios he stands by his condemnation of the January 6 Capitol attack as a “disgrace,” as well as his certification of Joe Biden as the election winner.

But Kemp said he’s continued to “thank” former President Donald Trump for “all the things that he did to help Georgia. I have never said a bad word about him.”

New York Times: “Over the past few months, Mr. Cuomo has reached out to friends and associates to sound them out about the political landscape, and some who have spoken with him came away with the impression that he is interested in finding a way back to relevance in public life.”

“He was especially focused on how the Albany County district attorney, David Soares, would proceed, according to people who have been in touch with his camp, and likely sees the decision to drop the case as significant.”

Mike Pompeo, who wants to run for president in. 2024, has lost 90 pounds in the last six months, the New York Post reports.  It all started last summer, when Pompeo stepped on the scale and saw he was just pounds away from 300 for the first time in his life.

“Parler, the social media app that was temporarily booted from app stores in the aftermath of the Jan. 6 Capitol riot, has raised $20 million in new funding,” Axios reports.

Edward Luce: “There is no reason to think that Biden is suffering from anything more than traits that characterised him in younger decades, such as foot-in-mouth disease and a tendency to talk too much. Neither of these is degenerative. In fact, Biden’s malapropisms have noticeably dropped off since he became president while his prolixity is limited by the White House teleprompter. There are some grounds to suspect he is getting more forgetful — he implied twice last year that Taiwan was a formal ally of the US, a claim his staff had to correct. But there are none to suggest he is senile or suffering from dementia.”

“Yet that will not stop Biden’s age from becoming a liability. It already is. The president’s official line is that he is planning to run again. Just 41 per cent of Democratic voters believe Biden would have a better chance of winning the 2024 election than another Democratic candidate. The equivalent number for Donald Trump among Republican voters is 57 per cent. Some of that gap is to do with age. Although Trump is only four years his junior, Biden will become the first sitting US president to turn 80 in November. It strains credulity to believe he could have sufficient energy at the end of his second term, when he would be 86.”

PENNSYLVANIA 18TH CD and LT. GOVERNOR. Democratic state Rep. Austin Davis, who’d been mentioned as a possible candidate for Pennsylvania’s open 18th Congressional District, instead announced a bid for lieutenant governor on Tuesday. Unusually, Davis kicked off his campaign with the support of state Attorney General Josh Shapiro, who is the presumptive Democratic nominee for governor; the Philadelphia Inquirer’s Julia Terruso writes that gubernatorial candidates have traditionally avoided taking sides in the primary for lieutenant governor.

Animating Shapiro’s intervention is the fact that Pennsylvania is one of just eight states where candidates for governor and lieutenant governor run in separate primaries but together as a single ticket in the general election—a system sometimes described as a “shotgun wedding,” and one that’s often led to conflict between newlywed political spouses. By taking sides, Shapiro is hoping to avoid such problems while also adding proverbial “balance” to his team: Davis is Black and represents a district just outside of Pittsburgh, while Shapiro is Jewish and hails from the Philly suburbs.

Of course, Shapiro might not get his way, since Davis faces fellow state Rep. Brian Sims from Philadelphia for the nomination. Sims responded to Davis’ entry with an equanimous statement praising the field’s diversity (Davis would be the state’s first Black lieutenant governor, while Sims would be the first gay person to hold the post), but should he prevail, there will be some awkwardness to smooth over with Shapiro.

CALIFORNIA 9TH CD. San Joaquin County Supervisor Tom Patti, who announced a bid against Democratic Rep. Jerry McNerney in the old 9th District in November, says he’ll continue his campaign in the new 9th, Another Republican, Assemblyman Heath Flora, could also run here. McNerney, 70, has not yet revealed his own plans, though if he seeks a 10th term, he’d almost certainly do so in the revamped 9th, which would have voted for Joe Biden 54-44.

CALIFORNIA 21ST CD. Former prosecutor Andrew Janz, who’d reportedly been considering a bid to succeed former Republican Rep. Devin Nunes in the old 22nd District, says he won’t run for Congress and is endorsing Democratic Rep. Jim Costa for re-election in the redrawn 21st, which would have voted for 58-40 for Joe BIden. (A plurality of the old 22nd, 39%, wound up in the 21st.) Meanwhile, two state lawmakers who’d also been looking at the race to replace Nunes, Republican Assemblyman Devon Mathis and Democratic state Sen. Melissa Hurtado, both say they’ll seek re-election instead.