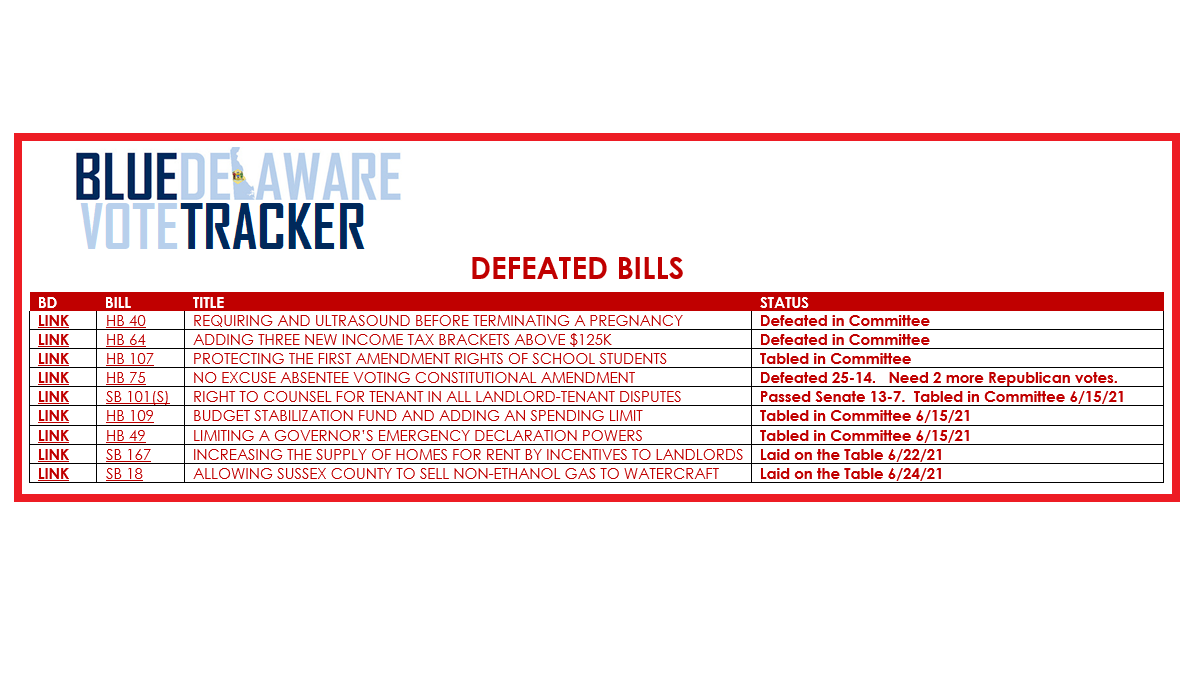 In this post, we include the chart of all bills that were defeated in the last year.