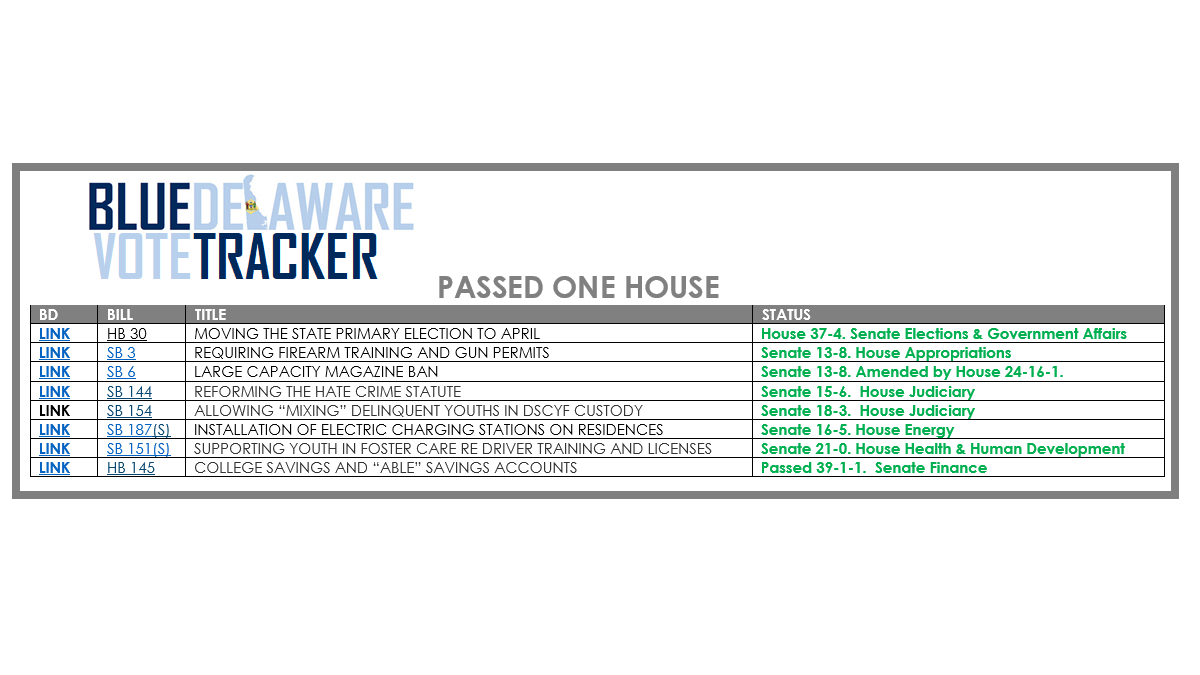 In this post, we include the chart of all bills that have passed one House of the General Assembly and are waiting on action in the other House.