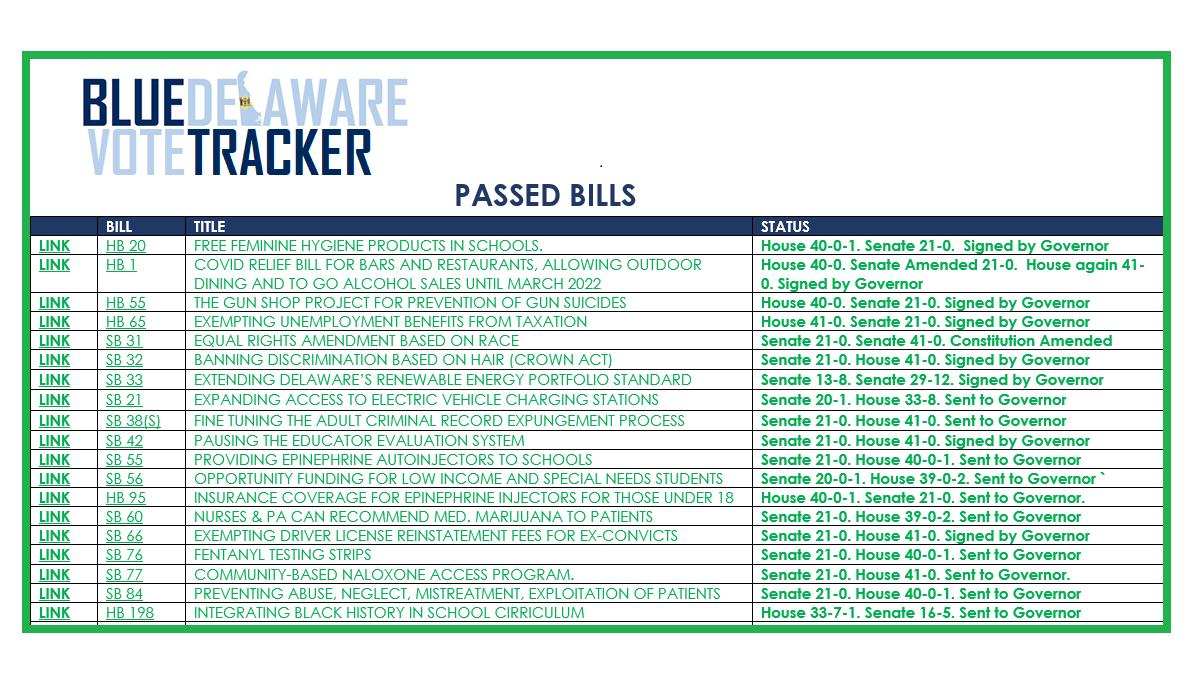 In preparation of the reconvening of the General Assembly on Tuesday, we will be publishing what work was completed last year (this post), and reviewing what work still needs to be done (in dealing with bills that were defeated, or that have passed one house but still wait on action in the other, or that still await action on the floor or in committee). We will also resume posting on individual bills that have been recently filed.

In this post, we include the chart of all passed bills that have been signed by the Governor.