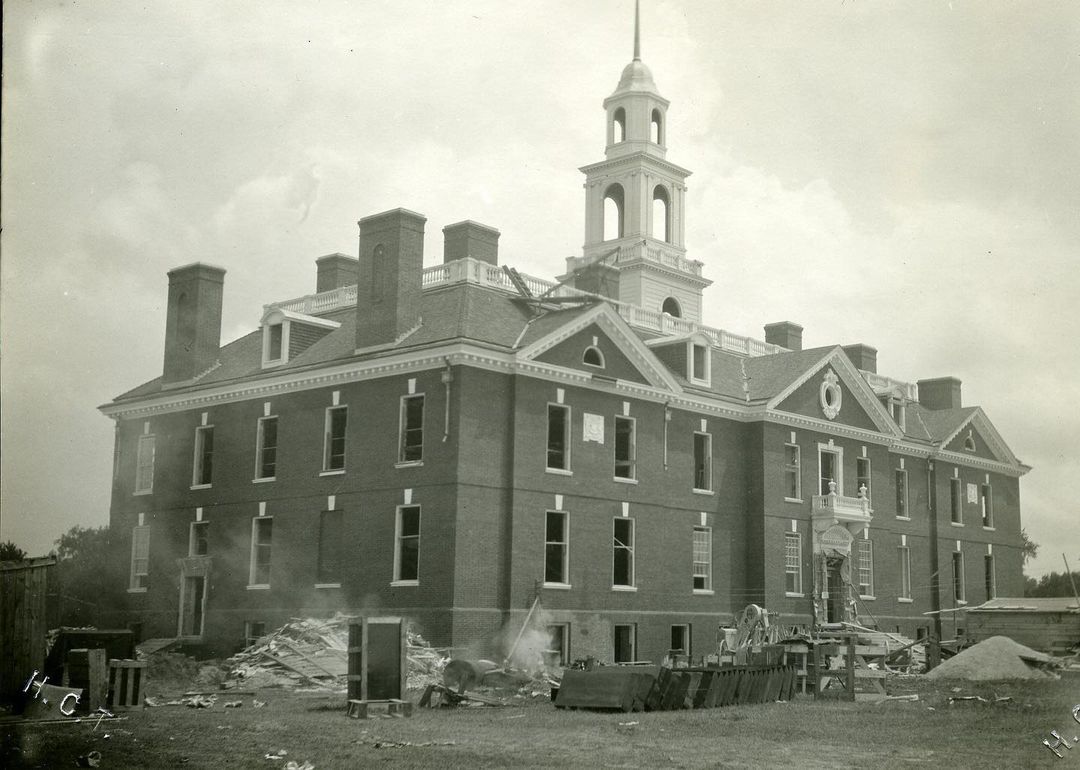 Well, it’s an election year again, and it is time to start tracking who is going to run for what seat for the primary that is still in September and for the general election in November. And since we have an open Governor’s race in 2024 that will feature the widest rumored field in many decades, I decide to include that on the chart and discuss that race below.

First things first, how to read the chart. I am including all incumbents on this chart unless they have already announced their intention to not run again. They are highighted in bold. If a name is in italics, then that person is speculated or rumored to run for the seat, but has not made an official announcement.

As you will see, most of the chart is empty on one side or the other, because the year is just getting started, but below, we will discuss the races were we do have primaries or open races.


CONGRESS — LISA BLUNT ROCHESTER. Representative Lisa Blunt Rochester will run for reelection. On the other side, now perennial losing candidate Lee Murphy and an unknown candidate, Christopher Hill, are running for the Republican nomination. WDEL published a profile on Hill last year. Hill seems to singularly focused on an immigration invasion at the border. A border that is 2,000 miles away from Delaware. Unless he is talking about the drunken Marylanders that cross our border daily, and I do agree, that is a crisis.

ATTORNEY GENERAL — KATHY JENNINGS. Incumbent Kathy Jennings will run for reelection. She has two Republicans running in a primary to oppose her: 1) Failed GOP Gubernatorial candidate Julianne Murray and 2) Former State Representative Chuck Welch. It is highly unlikely that she will face any primary opposition.

STATE AUDITOR — INDICTED CRIMINAL KATHY MCGUINESS. As I have warned before, Kathleen McGuiness is going to run for reelection unless the General Assembly removes and disqualifies her from office. The corrupt and unqualified Auditor should have never been put forward as a candidate by Pete Schwartzkopf and now she will be an anchor around the necks of every Democrat running in 2022 unless the General Assembly does it job here.

Failing that, if she sill runs for reelecction, someone qualified needs to run against her. Paul Baumbach? Kathleen Davies again? Hey Bethany Hall Long, how about you pull a Matt Denn and resign from Lt. Governor and become Auditor? Hey, how about Matt Denn? He needs a way to get back into politics and he has run a ROW office before. Two of them in fact.

6TH DISTRICT SENATOR — ERNIE LOPEZ. This is an Open Seat since Senator Ernie Lopez is not running for reelection. Republican State Representative Steve Smyk has said that he is “seriously considering running for Senate in the 6” instead of running for reelection in the 20th RD. It makes sense, since after redistricting the new 6th SD includes many more of his constituent territory than does the new 20th RD. And he has been representing the 20th RD for ten years, so it is time for an attempt at a promotion.

On the Democratic side, we have the previous Democratic nominee for the 20th RD in 2020, Jack Bucchioni, running. As far as I can tell, he is the only official candidate, though apparently Russell Huxtable may run. No, not Bill Cosby’s father on the Cosby Show. Mr. Huxtable is the VP of the Milford Housing Development Corporation. And the final rumor for this seat is someone so insane I hestitate to even repeat it. But former Senator Dave McBride, who we last saw losing to Marie Pinkney in the Democratic Primary for the 15th SD back in 2020. What is with these eldery Boomers? They cannot ever let go of power. McBride is 79. So too, is Joe Biden, but Biden is a special case, and not the exception you can point to to prove the rule. If you are 79, you should be out of office. Period. Except for Joe Biden.

14TH DISTRICT SENATOR — BRUCE ENNIS. Hopefully, this will become an open seat and Ennis will retire. Because Ennis needs to retire. The conservative Democrat will face Republican opposition in the form of Mark Pugh.

Ennis will also see a Democratic primary as Kyra Hoffner, who ran against Ennis in 2020, is running again. Ennis won the three way primary with 53.5% of the vote (not a good number for a longtime incumbent, and 25% for Hoffner and 22% for Terrell Williams (who is now running for the 9th RD as you will see below).

The new 14th District is now almost a Democratic Majority district, with 18,083 registered Democrats and 9,891 Republicans and 9,593 Independents.

19TH DISTRICT SENATOR — BRIAN PETTYJOHN. Who the F knows what is happening here?. First, we get word that Pettyjohn is going to not only not run for reelection, but that he was going to take the Deputy Director job in the Sussex County Board of Elections. He never officially announced it, but the plan was that he was going to resign as soon as he approved by the Republican members of the State Board of Elections. It was such a done deal that State Representative Ruth Briggs King of the 37th RD formed and file a candidate committee to run for the job.

But then the Republican members of the State Board voted Pettyjohn down because they thought he was too fascist and anti-democratic (as in he opposes elections) for the job. Now, I am hearing that he might still be in play for the position. So who knows.

4TH DISTRICT REPRESENTATIVE — GERALD BRADY. Brady is retiring, and this seat has been moved south to Long Neck in Sussex County. I have not yet heard anything about who might run for this district in either party. [Updated, from the comments below:  Former Sussex Recorder of Deeds and Register of Wills John Brady is likely to run for  the new 4th RD.]

6TH DISTRICT REPRESENTATIVE — DEBRA HEFFERNAN. There was a consensus that Heffernan might not run for reelection due to health issues. Which is why advocate Becca Cotto decided to run for the seat. But then Heffernan decided to run again anyway, so now we have a primary. It is going to be an interesting primary to watch. Becca and her team are already door knocking, which is great. It is what successful insurgent campaigns challenging an incumbent do: start early. See Laura Sturgeon, Bryan Townsend, Marie Pinkney, Madinah Wilson-Anton, Eric Morrison. But I have not heard any major complaints about Heffernan in her district, so I think it is highly likely that Heffernan will win reelection and Becca will use this campaign to raise her name ID in the district and set the stage for 2024.

9TH DISTRICT REPRESENTATIVE — KEVIN HENSLEY. As mentioned above, Democrat Terrell A. Williams is running for this seat.

18TH DISTRICT REPRESENTATIVE — DAVID BENTZ. Bentz is not running for reelection, and Martin Willis has formed a campaign finance committee so that he can run for the seat. Mr. Willis is a very active Democratic party member, and an union man.

26TH DISTRICT REPRESENTATIVE — MADINAH WILSON-ANTON. A former (or current?) Repubican named Kelly Williams Maresca is running in the Democratic primary against Madinah. Good luck with that.

32ND DISTRICT REPRESENTATIVE — ANDRIA BENNETT. Bennett will likely resign soon and/or not run for reelection. See this story for why. This is a Democratic majority district, so it will be nice to get a good Democrat in the seat, but no names have yet surfaced because Bennett has yet to announce her intentions (though with her new Dover city job, her intentions are clear).

GOVERNOR 2024 — OPEN SEAT. Yes, it is two years away. But this election will be wide open. Yes, Lt. Governor Bethany Hall Long is likely to seek the promotion. But her running is not clearing the field. New Castle County Executive Matt Meyer, who is term limited out of his current job, has already filed a campaign finance committee for the job, but he has not officially announced his intentions yet.

Before her indictment, Auditor Kathy McGuiness, for reasons passing understanding by normal humans, had her eyes on this race in 2024. She might still. Good lord.

Might Matt Denn reemerge to run for the top job again that he should have run for in 2016? Probably not.

How about Senate Majority Leader Bryan Townsend? He has had higher office ambitions before, running for Congress against Lisa Blunt Rochester in 2016 in the open primary that year. He might run for Congress again once the Congresswoman runs for Senate in 2024 when Senator Carper finally retires. Or he might just be happy in the State Senate leadership.

Finally, the donkey in the room (it can’t be an elephant) is Attorney General Kathy Jennings. If she runs, I think she might be the favorite. But I wonder if she runs, and Meyer runs, if that doesn’t divide the progressive or anti-establishment liberal left of the party and allow Hall-Long to win a primary with 35% of the vote. Like Karen Weldin Stewart did back in 2012. I think Jenning’s gubernatorial future hinges on the outcome of the McGuinness trial.

As for Lt. Governor in 2024, I hear that many state legislators are looking to run.