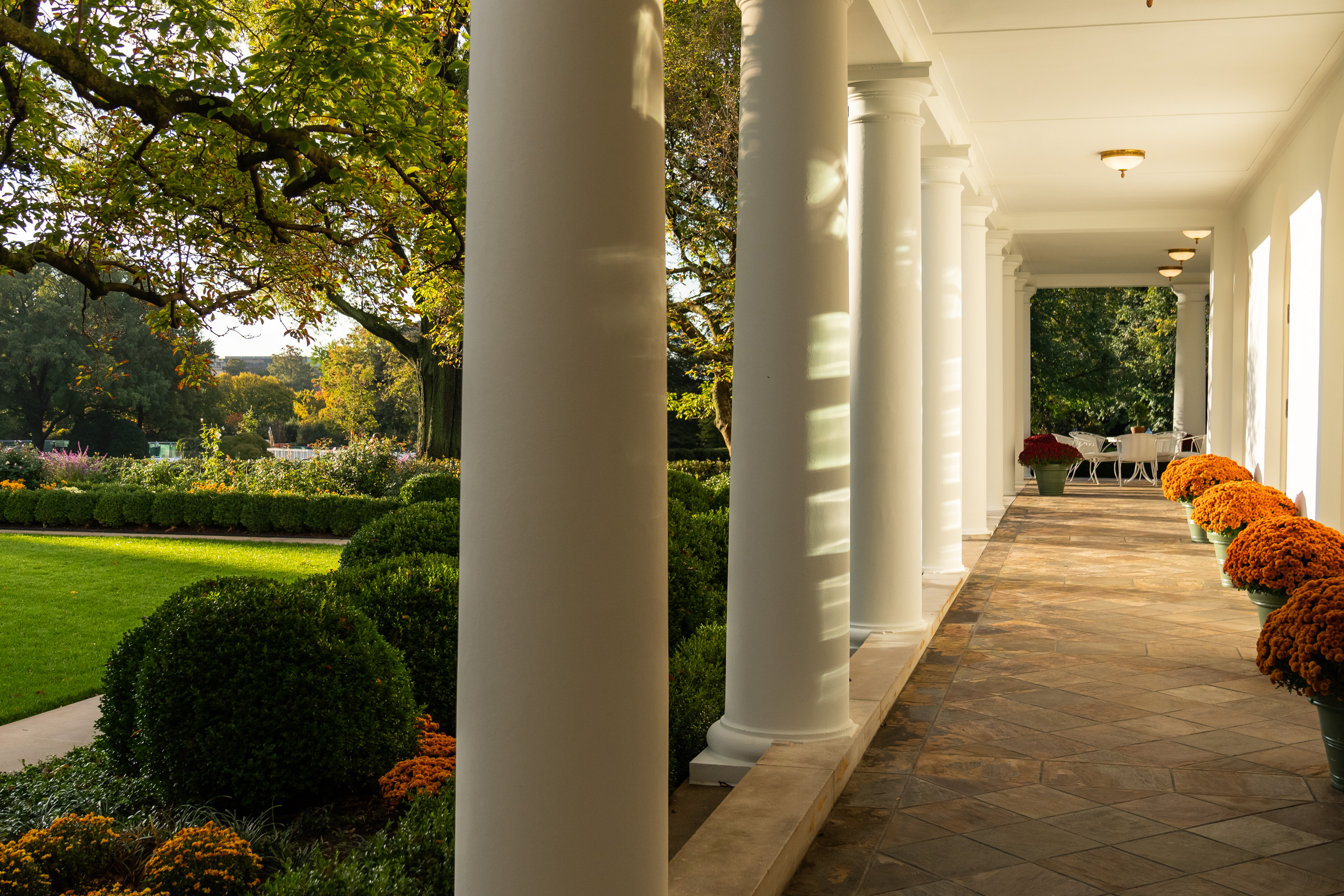 “The announcement of the planned action by Jan. 17 represented Schumer’s strongest endorsement yet of trying to muscle through legislation that has been stymied because of Senate rules requiring a 60-vote threshold.”

John Harwood: Why Democrats haven’t given up on Joe Manchin and voting rights.

Politico: “A small group of Senate Democrats have met quietly with Manchin to gauge his openness to changing Senate rules. While an outright elimination is off the table, Democrats are trying to see whether Manchin and Sinema are open to other proposals, like bringing back the talking filibuster.”

“Prior to leaving for a two-week recess in December, Democrats held several caucus discussions on the matter.”

Some Democratic senators are gearing up to continue pushing for rule changes to the filibuster, which Manchin and Sen. Kyrsten Sinema (D-AZ) refuse to blow up, to pass crucial voting rights legislation.

The Senate got back to business Monday, meaning Biden and Democratic leaders’ seemingly endless tug-o-war with Sen. Joe Manchin (D-WV) over the $1.75 trillion Build Back Better plan will start back up again. Democratic leadership were slated to hold a meeting last night that Manchin will attend.

Senate Majority Leader Chuck Schumer (D-NY) is still planning on holding a vote on BBB this month regardless of where Manchin ultimately lands in the negotiations over the sweeping proposal.

The talks with Manchin, who’s been reportedly trying to axe the proposed child tax credit expansions in BBB, come as the monthly child tax credits in the American Rescue Plan (which has kept millions of kids out of poverty) come to an end.

Sen. Joe Manchin (D-WV) “is open to reengaging on the climate and child care provisions in President Biden’s Build Back Better agenda if the White House removes the enhanced child tax credit from the $1.75 trillion package — or dramatically lowers the income caps for eligible families,” Axios reports.

“The holdback senator’s engagement on specifics indicates negotiations between him and the White House could get back on track.”

More from Axios: “All eyes are on Monday night’s Senate leadership meeting, which Manchin will attend, and Tuesday’s weekly caucus lunch.”

“The lunch will be the first time all Senate Democrats are together in one room since Manchin made his opposition to the bill public last month.”

Rep. Liz Cheney (R-WY) said that the House committee investigating Jan. 6 has received testimony that then-President Trump’s daughter, Ivanka, repeatedly asked her father to intervene to stop the attack on the Capitol, The Hill reports.

Said Cheney: “We know his daughter — we have firsthand testimony that his daughter Ivanka went in at least twice to ask him to ‘please stop this violence.”

She added: “The committee has firsthand testimony now that he was sitting in the dining room next to the Oval Office watching the attack on television as the assault on the Capitol occurred.”

Committee chair Benny Thompson (D-MS) also confirmed on Sunday that the panel has “significant” testimony that the Trump White House was urged to do something about the attack.

Will Bunch: “While America was preoccupied last week with getting home from the holidays or lining up around the block for COVID-19 testing, there was a bombshell development in the investigation to learn just how far Donald Trump was prepared to go in turning the Capitol Hill chaos of the Jan. 6, 2021, insurrection into a coup to end U.S. democracy.”

“Thanks to a somewhat surprising source — the disgraced former New York police commissioner Bernard Kerik, a Team Trump insider — we now know the name of a document with the potential to become a ‘smoking gun.’ Just its title suggests Trump was planning an unprecedented abuse of presidential power — to use the Big Lie of nonexistent 2020 election fraud to undo the results of a free and fair vote.”

ABC News reports the Trump children are planning to “file motions to quash the subpoenas.”

House Minority Leader Kevin McCarthy (R-CA) briefly noted in a letter to Republicans on Sunday that the one-year anniversary of Trump supporters’ attack on the Capitol is coming up.

McCarthy accused Democrats of “using” the insurrection as a “partisan political weapon to further divide our country.”

The House GOP leader, who shot down the House’s bipartisan effort to create a committee to study the attack and has fully sucked up to Trump since Jan. 6, also insisted that Republicans “have said from the start” that “the actions of that day were lawless and as wrong as wrong can be.”

On the contrary, multiple Trump allies in the House have made it their mission to downplay the attack and paint the insurrectionists as “political prisoners.”

Meanwhile, the New York Times reports Facebook suspended for 24 hours the account of Rep. Marjorie Taylor Greene (R-GA) for spreading misinformation about the coronavirus, a day after Twitter permanently banned one of her accounts for posting a similar message.

Associated Press: “The president plans to deliver a speech on Jan. 6 focused on sustaining democracy — voting rights won’t be part of the remarks but will be the topic of another speech soon.”

President Biden assured President Volodymyr Zelensky during a call Sunday that the U.S. and its allies will “respond decisively if Russia further invades Ukraine,” Axios reports.

House Intelligence Committee chairman Adam Schiff (D-CA) said Russia is “very likely” to invade Ukraine and might only be deterred by “enormous sanctions,” The Guardian reports.

Said Schiff: “I also think that a powerful deterrent is the understanding that if they do invade, it is going to bring Nato closer to Russia, not push it farther away.”

“As hospitals already strained by the Delta variant threaten to buckle under a crush of patients infected with the even more contagious Omicron, Dr. Anthony Fauci said Americans should focus more on the threat the winter wave poses to hospitals and less on the record number of cases,” the New York Times reports.

Politico: “We have to wonder with the Omicron variant of Covid surging — and such tight margins in both chambers — whether Capitol Hill’s operations can continue uninterrupted during this latest wave.”

“With travelers trying to head home at the end of the holiday season, airlines had canceled more than 2,400 flights in the United States by Sunday afternoon,” the Washington Post reports.

“In the days before Christmas, U.S. officials in Boston unveiled insider trading charges against a Russian tech tycoon they had been pursuing for months. They accused Vladislav Klyushin, who’d been extradited from Switzerland on Dec. 18, of illegally making tens of millions of dollars trading on hacked corporate-earnings information,” Bloomberg reports.

“Yet as authorities laid out their securities fraud case, a striking portrait of the detainee emerged: Klyushin was not only an accused insider trader, but a Kremlin insider. He ran an information technology company that works with the Russian government’s top echelons. Just 18 months earlier, Klyushin received a medal of honor from Russian President Vladimir Putin. The U.S. had, in its custody, the highest-level Kremlin insider handed to U.S. law enforcement in recent memory.”

Two armed drones were shot down on Monday as they approached an Iraqi military base hosting US forces near Baghdad’s international airport, the Jerusalem Post reports.

The words “Soleimani’s revenge” were written on the wing of one of the drones, indicating that the attempted attack was connected to the two-year anniversary of the Iranian general’s assassination.

A must-read book out this week: Unthinkable: Trauma, Truth, and the Trials of American Democracy by Rep. Jamie Raskin (D-MD).

“Raskin tells the story of the forty-five days at the start of 2021 that permanently changed his life—and his family’s—as he confronted the painful loss of his son to suicide, lived through the violent insurrection in our nation’s Capitol, and led the impeachment effort to hold President Trump accountable for inciting the political violence.”

“U.S. officials and military specialists say it is difficult to pin down the level of collaboration between two nations that tightly control information, and whose actions are increasingly opaque to outsiders. But Western officials and defense experts are growing more convinced of the closer relationship based on recent economic alliances, military exercises and joint defense development, as well as the few public statements from government leaders.”

“Rep. Liz Cheney (R-WY) said she fears that if former President Donald Trump were to become president again, it could be a lethal blow to American democracy,” Politico reports.

Said Cheney: “You know, we entrust the survival of our republic into the hands of the chief executive, and when a president refuses to tell the mob to stop, when he refuses to defend any of the coordinate branches of government, he cannot be trusted.”

“House Democrats are bracing for a turnover in leadership next year that would amount to a seismic event for the party — one that could empower a new, diverse generation of members while also exacerbating tensions over the direction of the caucus and the policies it should pursue,” the Washington Post reports.

“Rep. Hakeem Jeffries is the early favorite to become the next Democratic leader, but the maneuvering for power has just begun, and fights over who else should be on the leadership team could pit the ideological factions of the caucus against each other.”

Congressional leaders and the family of late Sen. Harry Reid (D-NV) are finalizing details to have the former majority leader lie in state in the Capitol Rotunda during the week of Jan. 10, Axios reports.

An amazing Reuters visual analysis shows how Donald Trump’s supporters “have waged a campaign of intimidation against the state and local officials who administer U.S. elections.”

Gizmodo takes a look at the worst lies Fox News told its audience about the Covid-19 pandemic during 2021.

“The Capitol’s attending physician on Monday urged congressional offices to shift towards remote work due to a skyrocketing coronavirus positivity rate among staff,” Axios reports.

Stephen Marche: “Talk of secession is still mostly just talk, but wouldn’t it be a civilized way to deal with the deep divisions in the country? Wouldn’t it beat, say, the civil war that a restive segment of the population hungers for?… Secession, surely, is preferable to that alternative.”

“But in ways secession-curious Americans may not appreciate, it’s also almost impossible.”

“I serve with colleagues who I can’t even stand to be on the elevator with — their unapologetic embrace of the lies that led to violent extremism makes me sick.”  — Rep. Jim McGovern (D-MA), writing in the Boston Globe.

Jan. 1 triggered minimum wage increases in 20 states and a federal ban on most surprise medical bills from from out-of-network health care providers.

Michael Cohen poked fun at Bill Barr after the former attorney general was served papers last week regarding Cohen’s lawsuit against him.  Barr was at his home in McLean, Virginia and described as “wearing shorts and did not appear happy.”  Said Cohen: “Happy New Year asshole!”