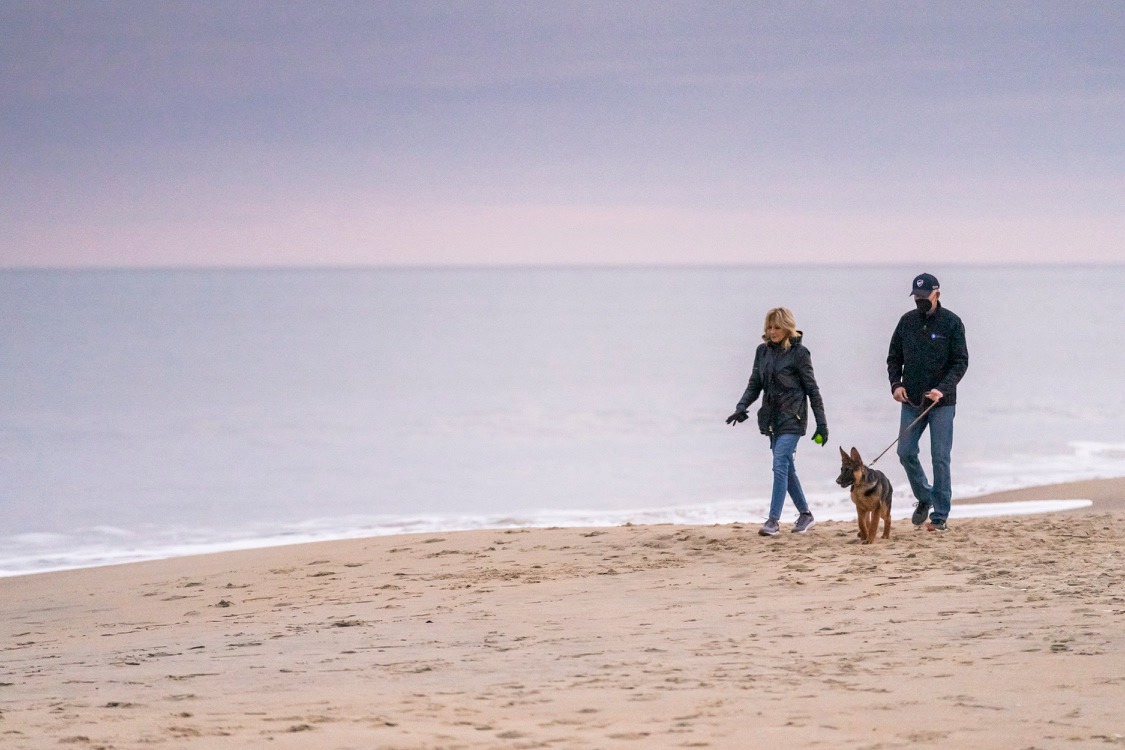 A stunning 34 percent of U.S. adults say citizens are justified in engaging in violence against the government, according to a new poll by the Washington Post and the University of Maryland, as the one-year anniversary of the Jan. 6 insurrection approaches this week.

Here’s another depressing figure: 62 percent of Americans expect violence from the losing side in a presidential election in the future, according to a new CBS News/YouGov poll.

A new PBS NewsHour, NPR and Marist poll finds that 49% of U.S. adults say an insurrection took place that threatened democracy, and about as many say Donald Trump is to blame for those events.

However, 25% say it was a political act of free speech and 19% say it was an unfortunate event, but it’s in the past.

A new NPR/Ipsos poll finds 64% of Americans say they think American democracy is “in crisis and at risk of failing.”

A new Morning Consult poll finds that 34% of voters say the Republican Party is headed in the right direction, up 10 points from immediately after Jan. 6 and slightly higher than before the attack on the Capitol.

Meanwhile, 68% percent of Democrats say Jan. 6 had a “major impact” on their worldview, but only 35% of independents and 24% of Republicans agree.

FiveThirtyEight: “Political science has offered a number of explanations for what’s going on under the hood, all of which may contribute at least in part to the presidential party’s midterm curse.”

“These can largely be grouped into three categories: a midterm ‘reversion to the mean’ after presidential elections, a ‘surge and decline’ in voter turnout that changes the electorate from presidential years to midterm years and a broader ‘presidential penalty’ where the party in the White House gets punished regardless of how the country is doing.”

“Trump’s claims that the 2020 election was “rigged” against him triggered a civil war within the Georgia GOP that’s raging still at the dawn of a new election year.

Those lies are reshaping races for public office across Georgia, from premier elections for governor and the U.S. Senate to lower-profile Republican primary contests that are poised to hinge on loyalty to the former president.”

AJC: “Inside the campaign to undermine Georgia’s election Part I”

Judge James F. Bass Jr. dismissed the lawsuit. He found there was no evidence that election workers counted illegal votes or broke the law.

But the lawsuit established a pattern: Trump and his supporters made alarming accusations that created an impression of lawlessness. On closer inspection, the allegations amounted to nothing.

That didn’t stop Republicans from repeating the Chatham County allegations at the Buckhead rally that night. In the months ahead, Trump and his supporters continued to repeat such allegations long after they had been investigated and refuted.

The repetition of false claims convinced many Georgians they were true: By January, three-quarters of Republicans surveyed by The Atlanta Journal-Constitution believed there was substantial fraud in the presidential election.

AJC: Inside the campaign to undermine Georgia’s election Part II

By late December, state Sens. William Ligon and Brandon Beach had done more than most elected officials in Georgia to aid Trump’s effort to overturn the presidential election.

They had called for a special session of the General Assembly to investigate voting fraud. When Gov. Brian Kemp and legislative leaders rejected the request, they circulated a petition among lawmakers to convene a session.

They had staged a televised hearing where Trump’s lawyers shared conspiracy theories about late-night ballot stuffing and rigged voting machines. And they had sided with Texas in its lawsuit against Georgia and other states.

On Dec. 22, Beach and Ligon showed they were willing to take on the leaders of their own political party to serve Trump.

New York Gov. Kathy Hochul (D) “will propose a limit of two four-year terms on governors in her first State of the State address on Wednesday, a move that could allow Ms. Hochul to distance herself from her scandal-marred predecessor, former Gov. Andrew M. Cuomo, who held outsize power for over a decade,” the New York Times reports.

“The proposal, a milestone change that would require a constitutional amendment, would apply only to statewide elected officials — including the lieutenant governor, the attorney general and the comptroller.”

PENNSYLVANIA U.S. SENATOR. Bridgewater Associates CEO David McCormick told staff he would be stepping down to consider running for the U.S. Senate in Pennsylvania, the Wall Street Journal reports.

McCormick formed an exploratory committee just before he launched a $1 million TV ad campaign on Dec. 21, though his allies say he still hasn’t decided if he’ll seek the Republican nomination for this open seat.

Meanwhile, state Rep. Malcolm Kenyatta has publicized a mid-December GQR survey that shows him trailing Lt. Gov. John Fetterman 44-20 in the May Democratic primary, with Rep. Conor Lamb in third with 15%. The poll later finds Kenyatta pulling into a tie with Fetterman after respondents hear both positive and negative statements about each candidate.

“When Rep. Jaime Herrera Beutler — a Trump impeachment backer whom the former president is aggressively targeting for defeat in 2022 — threw a fundraiser last month, she was accompanied by a fellow Republican who’d trekked from the other side of the country: Maryland Gov. Larry Hogan,” Politico reports.

“The foray was part of a broader effort Hogan is launching to bolster the ever-growing list of Republicans former President Donald Trump is trying to oust in this year’s midterm elections. Hogan has hosted fundraisers for Georgia Gov. Brian Kemp, and he is looking at helping others, including Alaska Sen. Lisa Murkowski, another impeachment supporter facing a Trump-endorsed Republican challenger.”

SOUTH DAKOTA U.S. SENATOR. Punchbowl News: “Thune promised a decision on whether he would run for re-election by the end of 2021. It’s now the beginning of 2022, and we don’t know whether one of the top contenders to serve as the next Senate GOP leader will seek another term.”

“Not only does this have implications for Thune’s political future, but it has an outsized impact on the future of the Senate Republican Conference.”

“The far-right firebrands and conspiracy theorists of the pro-Trump Internet have a new enemy: each other,” the Washington Post reports.

“After months of failing to disprove the reality of Trump’s 2020 presidential election loss, some of the Internet’s most popular right-wing provocateurs are grappling with the pressures of restless audiences, saturated markets, ongoing investigations and millions of dollars in legal bills.”

“The result is a chaotic melodrama, playing out via secretly recorded phone calls, personal attacks in podcasts, and a seemingly endless stream of posts on Twitter, Gab and Telegram calling their rivals Satanists, communists, pedophiles or ‘pay-triots’ — money-grubbing grifters exploiting the cause.”

The Bulwark: What it means to be a Republican in 2022.

MARYLAND U.S. SENATOR. CNN reported on Dec. 23 that Republican Gov. Larry Hogan “is engaging with stepped-up Republican efforts” to convince him to challenge Democratic Sen. Chris Van Hollen. The governor’s spokesperson responded by pointing CNN to past Hogan statements downplaying his interest, including his July declaration that “I have no interest whatsoever in running for the United States Senate.”

NORTH CAROLINA U.S. SENATOR. Rep. Ted Budd’s allies at the Club for Growth have released a late December poll from WPA Intelligence that finds him edging out former Gov. Pat McCrory 47-43 in the May Republican primary. The survey did not include former Rep. Mark Walker, who is publicly considering dropping out in order to try and return to the House.

On the Democratic side, former state Supreme Court Chief Justice Cheri Beasley has picked up the backing of Gov. Roy Cooper as well as Rep. Kathy Manning ahead of what’s looking like an uneventful primary for her.

MASSACHUSETTS GOVERNOR. Former state Sen. Ben Downing announced in late December that he was dropping out of the Democratic primary because his campaign lacked “the financial resources to continue.”